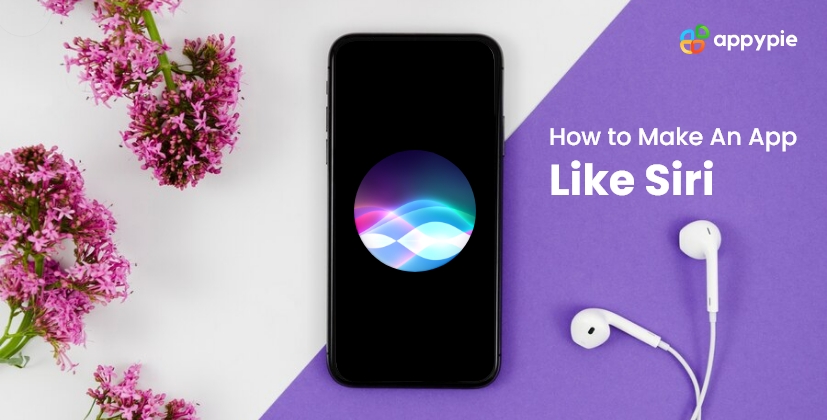 Looking for the nearest movie theatre playing your favorite movie? Want to know what the weather will be like, tomorrow? Want to set a medicine reminder? Or do you want to set a wake-up alarm for the following day?

Siri’s soft, soothing voice is always around to help you with everything you need to accomplish daily. A built-in digital assistant, Siri can answer all your questions and manage your mundane tasks in minutes. Modern lives have come to rely on the smooth efficacy of digital assistants like Alexa, Google Home, Cortana, and more. And there are ongoing debates about whether Siri is better than Google or the other way around, and enough conversation about Siri vs. Google vs. Alexa. But, that is not something we are going to talk about today.

Today we ask you – have you ever wondered what goes into making an app like Siri? Or have you ever asked yourself how to make an app like Siri? As a tech novice, it sounds like a massive undertaking to be able to create an app as complex as Siri. However, with Appy Pie, all these fears are allayed, and you can make a Siri alternative for Android or iPhone without learning to code in minutes!

Siri is a built-in, voice-activated, and controlled digital personal assistant available to Apple users. You can hold actual conversations with Siri like you would with a human, and Siri would help you get things done. It could be anything from booking a doctor’s appointment to checking the next day’s weather, and Siri would do it for you!

Siri is programmed to help you work seamlessly with all your Apple devices, including the iPhone, iPad, iPod Touch, Apple Watch, HomePod, or Mac. You can accomplish this interaction by simply speaking with Siri across all the devices and letting her talk back to you.

How does Siri work?

Siri is based on technologies like artificial intelligence and natural language processing and consists of the following three parts – a conversational interface, personal context awareness, and service delegation.

Once Siri has heard what you have to say through the conversational interface, it is through statistics and machine learning that it deciphers the meaning. This is where the second component – personal context awareness comes in. It takes time and work to get Siri to predict what you mean when you use certain keywords and understand your typical linguistic preferences and everyday habits. With time, Siri will adapt to your individual preferences and offer highly personalized results.

The service delegation system is unrestricted access to all of the built-in apps and their inner workings on your iPhone. It is this access that makes Siri as efficient as she is. Without this access, there isn’t much this digital assistant would be able to do.

Top features you must add to an app like Siri

Siri is a widely acclaimed and utilized app among Apple device users. If you plan to make apps similar to Siri, make sure that you pay attention to the features an app like Siri has and include them all in yours.

Siri has made our life easier by helping us keep it organized. No other digital assistant has gained as much popularity as Siri, and, naturally, you would want to make an Android assistant like Siri or a Siri alternative for iPhone. Yes, it may seem complex and challenging to create an app from scratch. But Appy Pie has made it easier for everyone to build an app in minutes!

Here’s how you can make an app like Siri without coding!

Make a talking app like Siri
✖
Get the latest
Updates, Information, & Trends
directly in your inbox