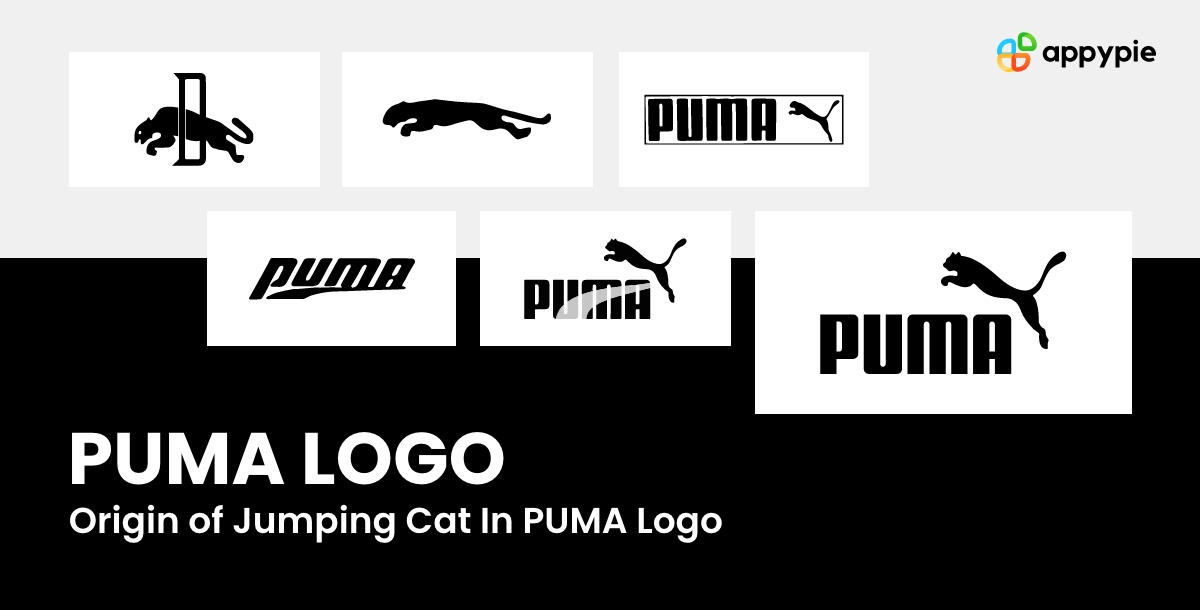 The Puma symbol is one of the most-known emblems in the sports market. However, the well-known image associated with the Puma logo hasn’t always been there. So, how much do you know about the Puma logo’s history and evolution?

Like any other famous sports brand in the market today, the Puma logo has also evolved in order to match the changing expectations of an unpredictable and growing audience.

Hence, the famous Puma cat doesn’t only appear in the marketing and branding campaigns, but also on unlimited pieces of apparel, such as shirts and sports shoes.

Have you ever wondered how old is the Puma logo under sports logo and where it all started that made the emblem one of the most eye-catching logos we know today? If so, you’re at just the right place.

Here’s everything about the History and Evolution of the world-famous Puma symbol:

The Puma brand is currently considered one of the largest sporting manufacturers globally, competing with brands like Nike and Adidas. The sports brand appeared for the first time in 1948 when the founder of Puma, Rudolf Dassler, started a shoe factory. 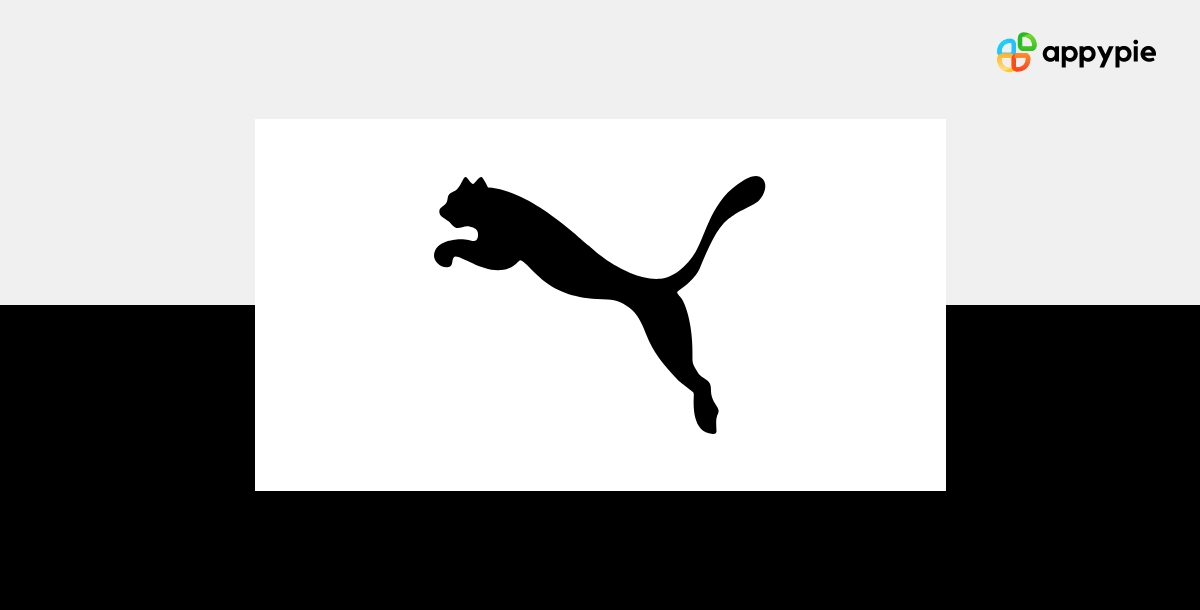 He got a massive following because of his innovative products and the catchy logo of Puma. Though Puma always has a handful of names, the Puma cat has always been a consistent component representing the brand’s identity.

The logo designer of the Puma brand has come up with numerous variations over the years, focusing more on the Puma cat than other elements.

The Different Puma Logos Over the Years

The initial Puma logo was a little bulky version of the existing one and was also considered an ‘unremarkable’ brand logo. Despite that, the same image has been with the Puma brand for many years and has helped to modify the later designs.

Though various features of the Puma logo have been changed over the decades, the jumping cat has always remained one of the most substantial parts of the brand’s identity.

The first Puma logo was introduced in 1948, at the same time when the brand was introduced. The logo featured a jumping cat through the alphabet ‘D,’ which was there to represent the last name of the founder of Puma, Rudolf Dassler. 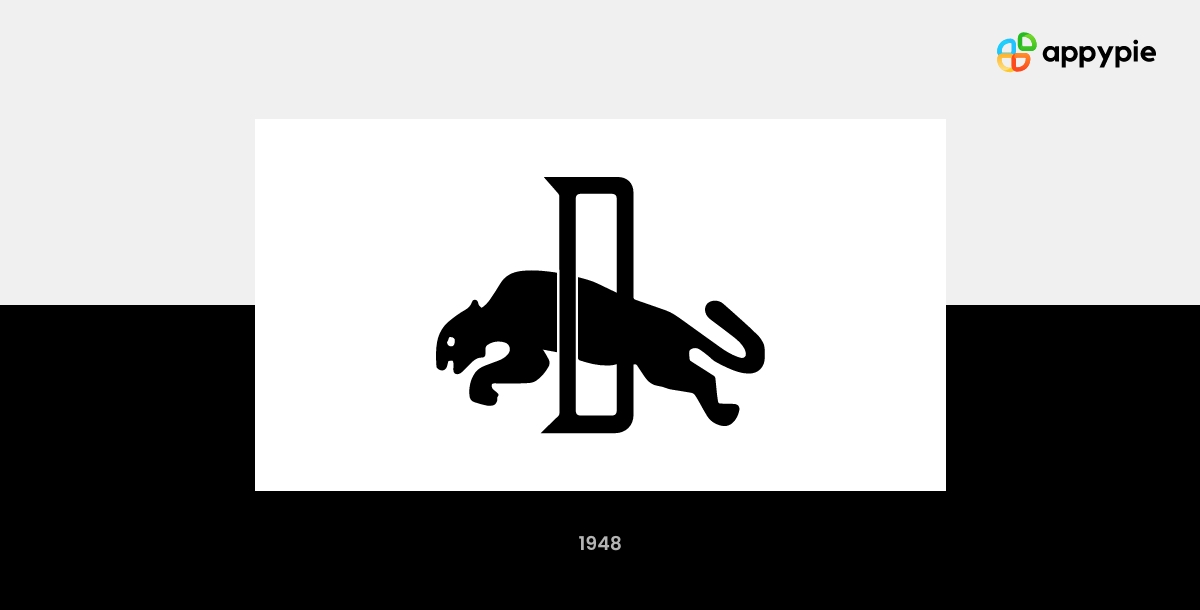 While this monochrome logo was very eye-catching during the time, it was not actually the graceful one associated with the brand today. There was also a reverse image color version, where it was a white animal against a black background.

In 1951, another version of the Puma logo came into existence, with a wide selection of details. Though the original image of a jumping Puma cat was there, it was placed under a Hexagonal box, and the term ‘Puma’ was displayed underneath. 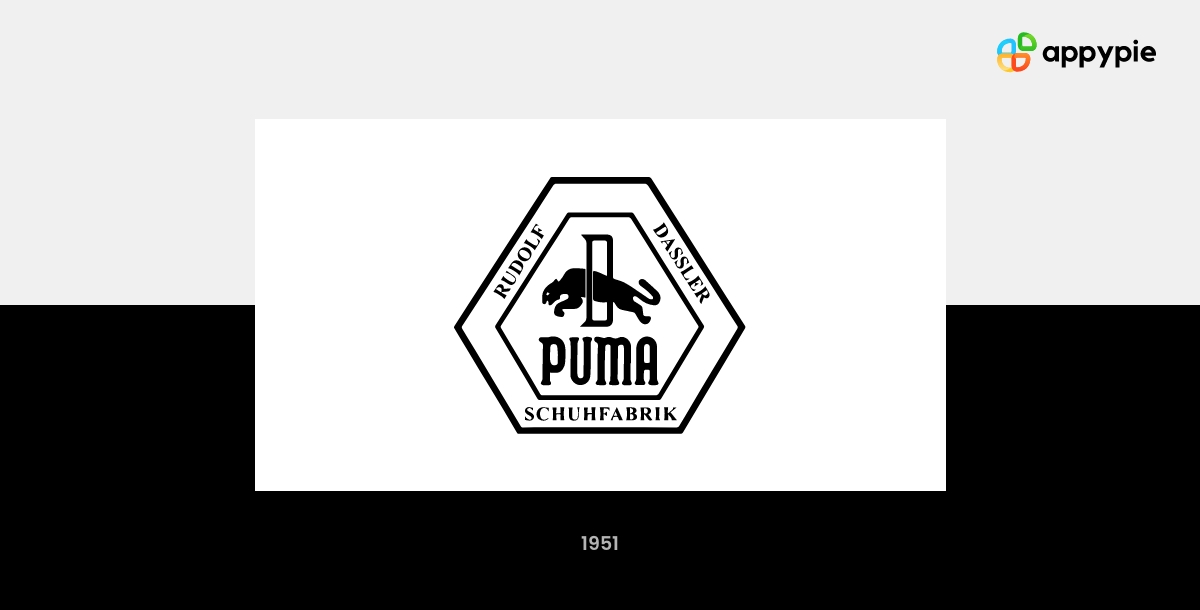 In this redesign of the logo, there was an addition of the name of the founder of Puma. In addition, the wordmark used in the logo has inspired different wordmarks over the years.

In 1959, the Puma logo was again updated, but it mostly focused on the new element that later became the brand’s identity- the iconic shoes. 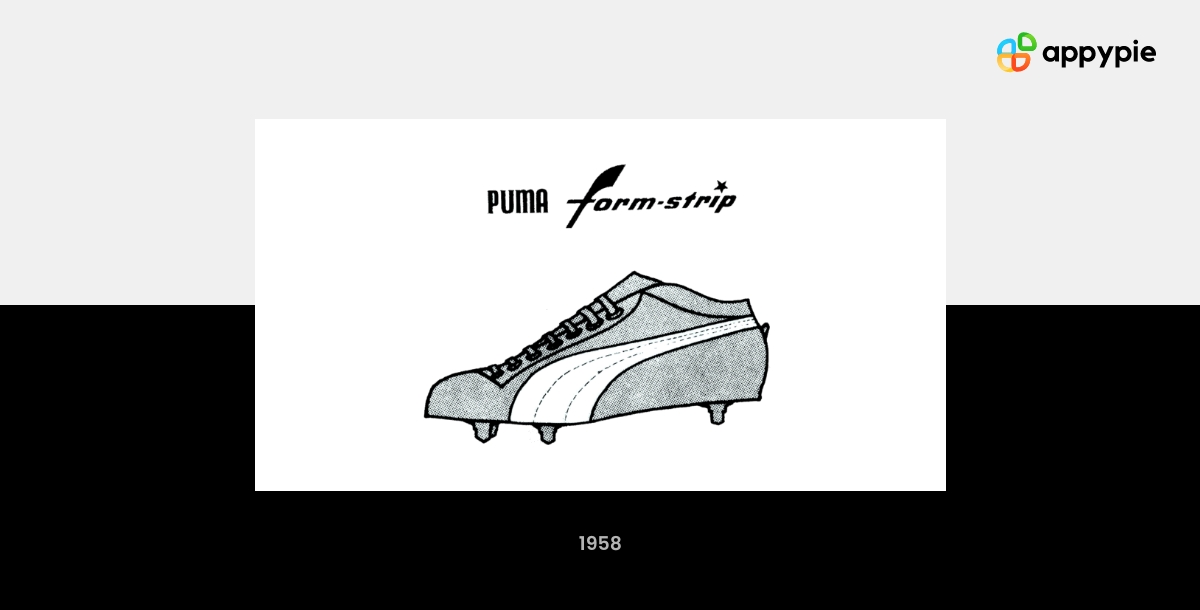 Though the Puma symbol had definitely become one of the significant parts in making the brand memorable, the brand had also started gaining attention for its evolving sports shoes. Therefore, the company went for a new version of the wordmark ‘Puma’ for the logo with a white strip on a shoe. The white strip in the logo started to appear on all shoes created by the brand.

In 1968, the Puma logo resuscitated the black Puma cat as the main icon representing the brand identity. At this time, the Puma cat was the single element of the logo and no wordmark at all. 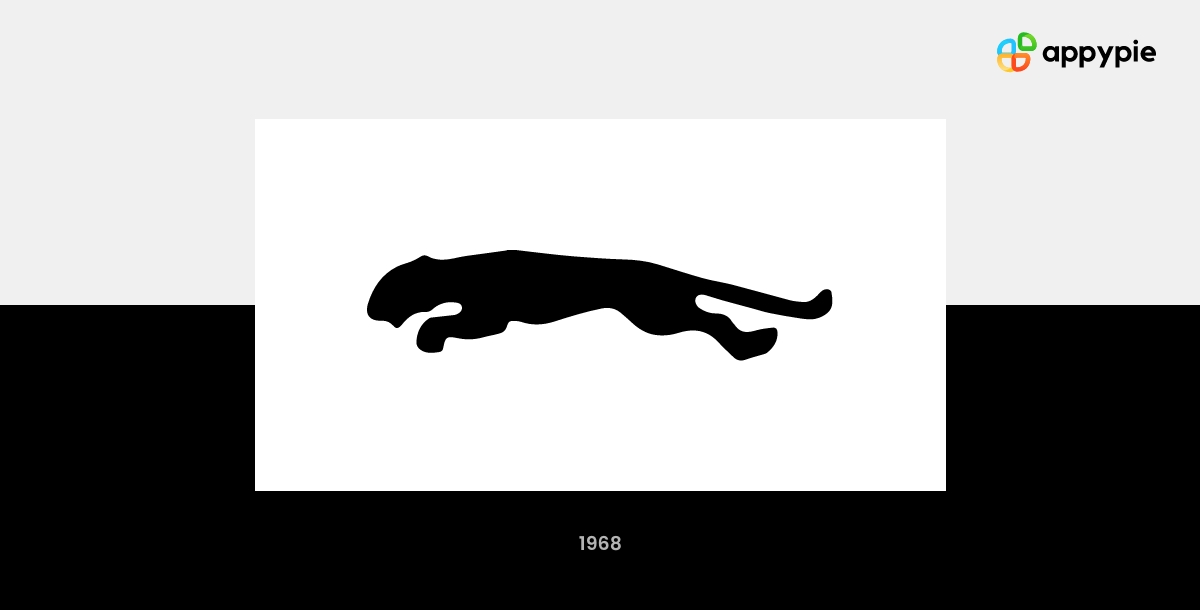 This new version of the logo was more elegant and cleaner than the previous one and highlighted the brand’s sophisticated and sleek identity. Though the same image was there only for a couple of years, the later modifications were inspired by it.

In 1970, the secondary version of the Puma logo, where again the jumping cat was used as a central favicon, featured it as an outline instead of going for the same bold black shape. The design was also changed a bit, making it look like the cat was jumping upwards instant of running forward. 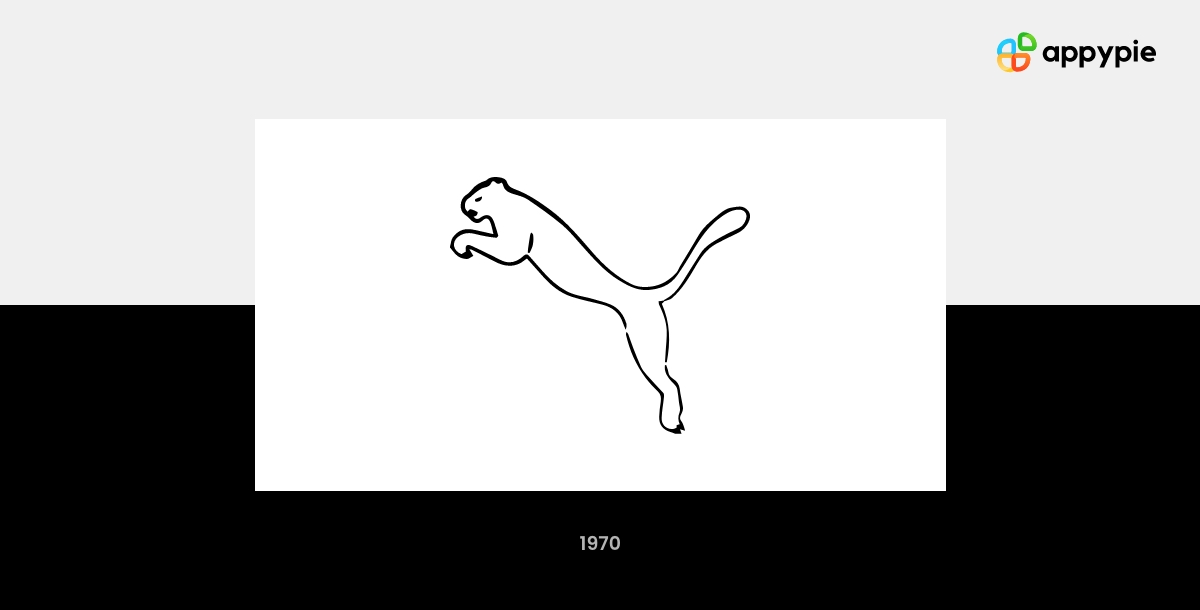 In 1974, the Puma again changed its logo, and this time the black cat’s outline got filled to make it look like a silhouette. In addition, a bold and enlarged wordmark was added along with the leaping cat in a sans-serif typeface. The image inspired many later iterations of Puma’s identity. 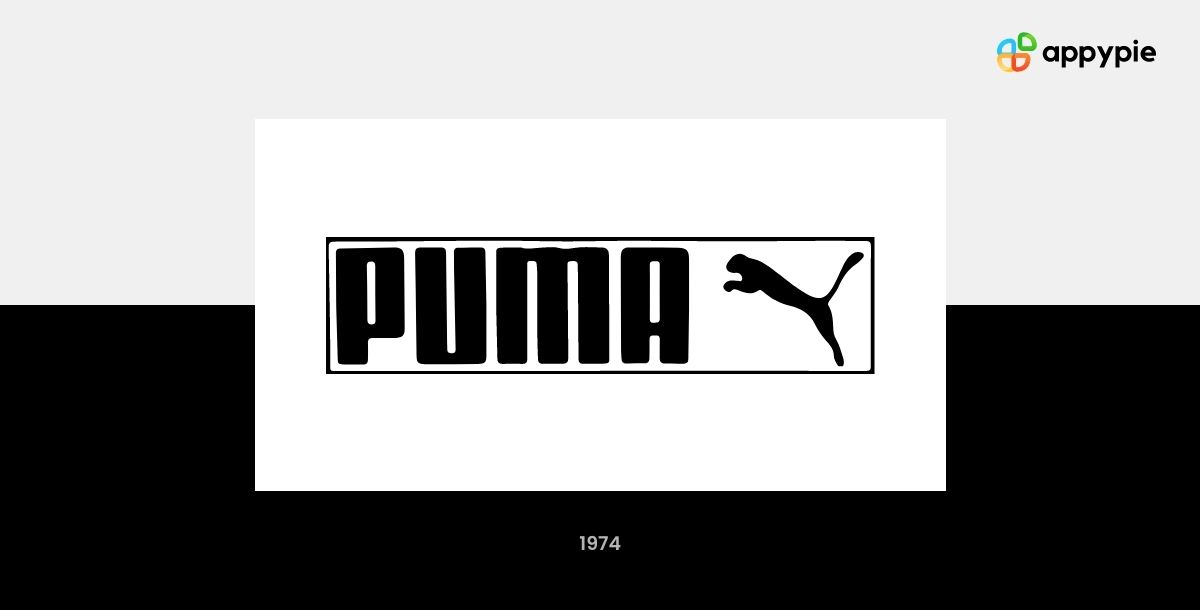 Though the Puma brand experimented with multiple color options at this time, the most remembered version was in black and white.

In 1976, another Puma logo version was introduced, but this time it was without the leaping cat. Instead, this logo focused more on the plunging line, often seen on their sports shoes and the wordmark. 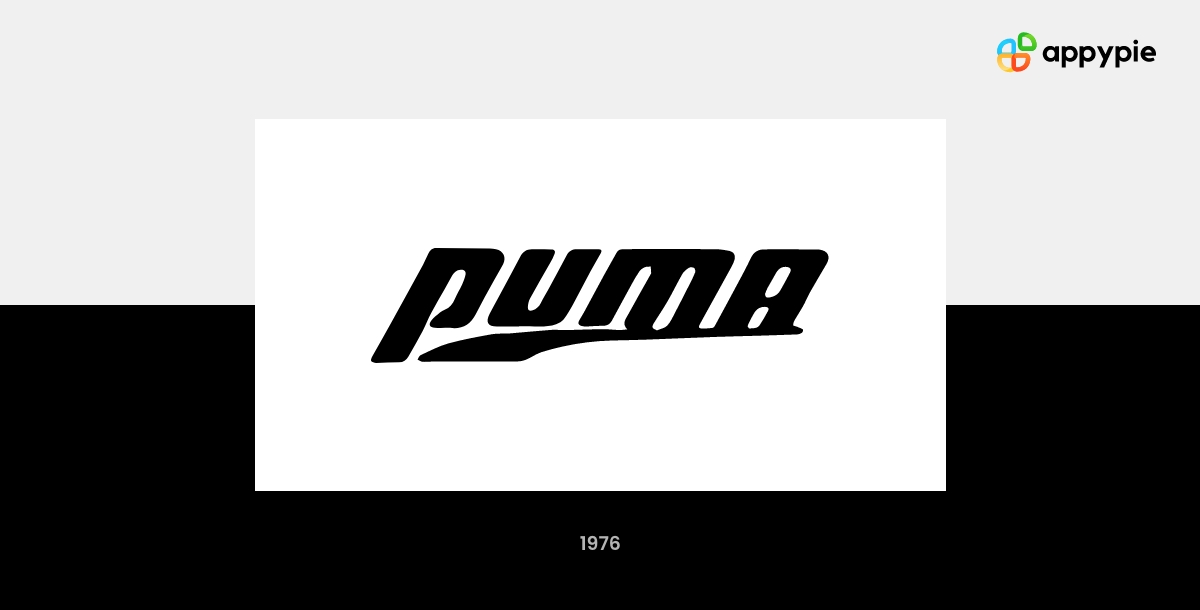 This logo design wasn’t for long and updated quickly with the brand image.

This new version of the Puma logo is the leaping Puma cat over the Puma wordmark. This logo was the foundation of the brand image of Puma even to this day. However, the company did variations with different logos over the years. 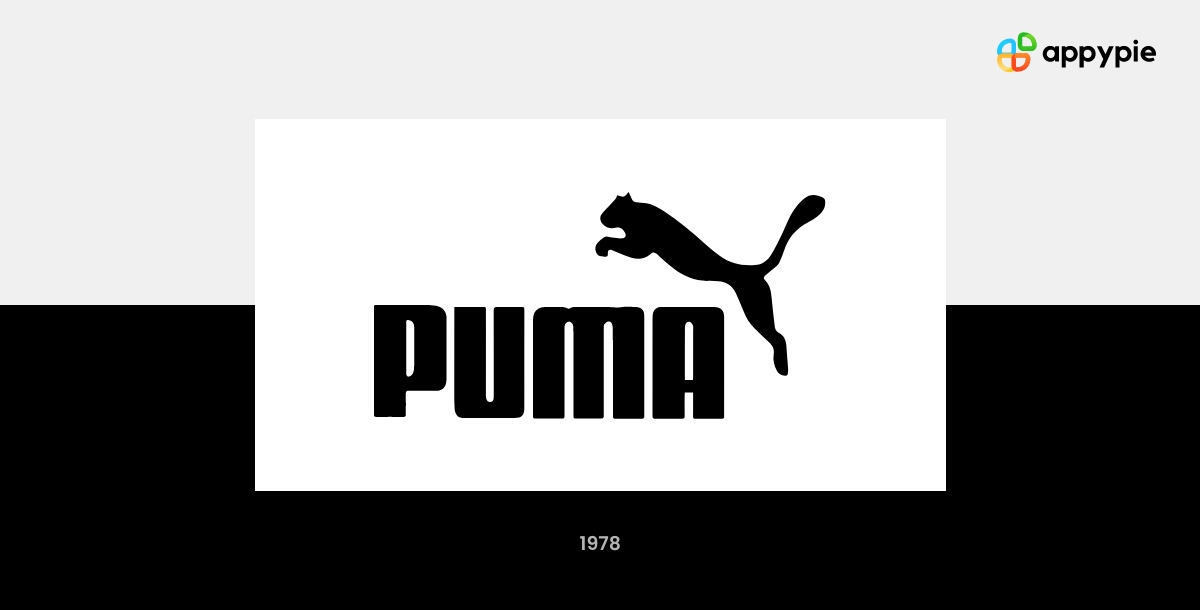 At one point, the brand started using just the leaping cat with no wordmark. However, there are still several goods of the brand using only the image.

This new version of the Puma logo is the leaping Puma cat over the Puma wordmark. This logo was the foundation of the brand image of Puma even to this day. However, the company did variations with different logos over the years. 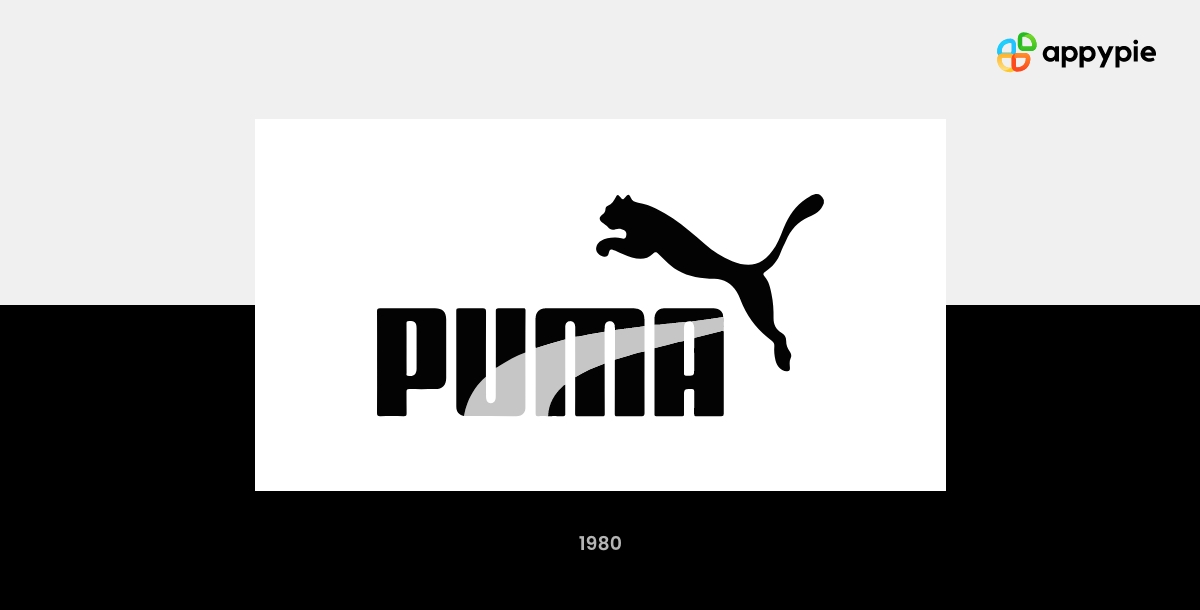 At one point, the brand started using just the leaping cat with no wordmark. However, there are still several goods of the brand using only the image.

Puma’s original logo was again re-designed in 1988, which was their 50th anniversary. It’s been in use since then. Its design is inspired by the logo of the mother of all sports brands, Adidas, who came up with it back in 1949. The three stripes represent the three parts of the Puma family: sports (orange), fashion (white), and lifestyle (black). Here is a cool look at the evolution of the Puma logo from 1988-now. Enjoy! 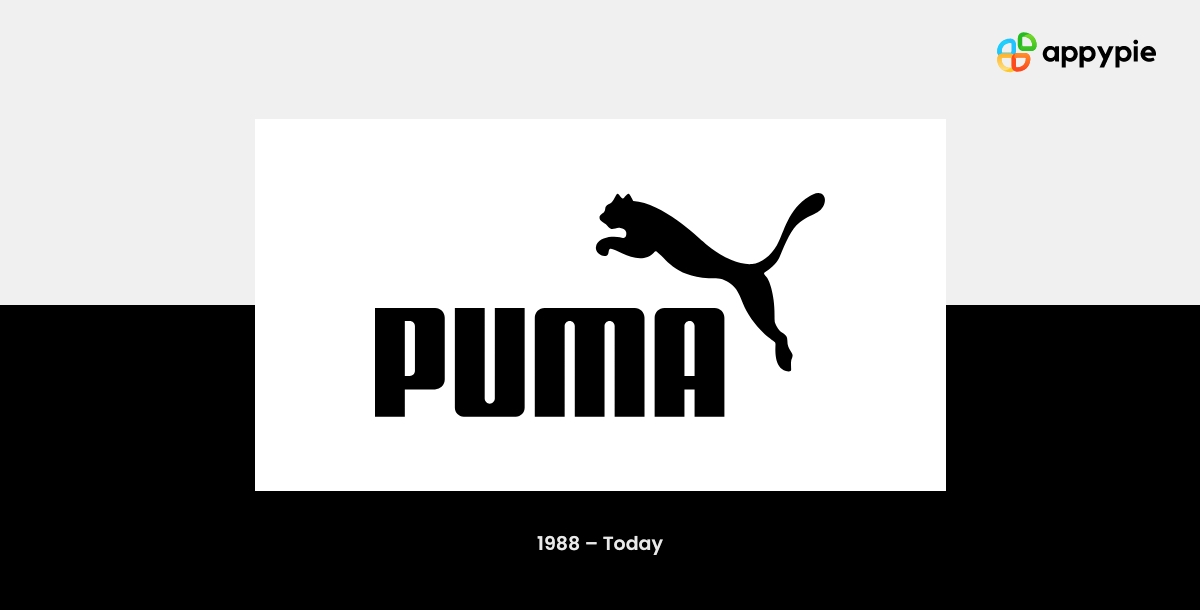 For a good reason, the Puma logo is considered one of the sportswear market’s most memorable and identifiable logos. Due to the more profound meaning and stunning-visual appeal, the brand image has captured the attention of various athletic enthusiasts over the years.

The Puma logo is considered an excellent example of how a brand image can evolve and become meaningful and refined.