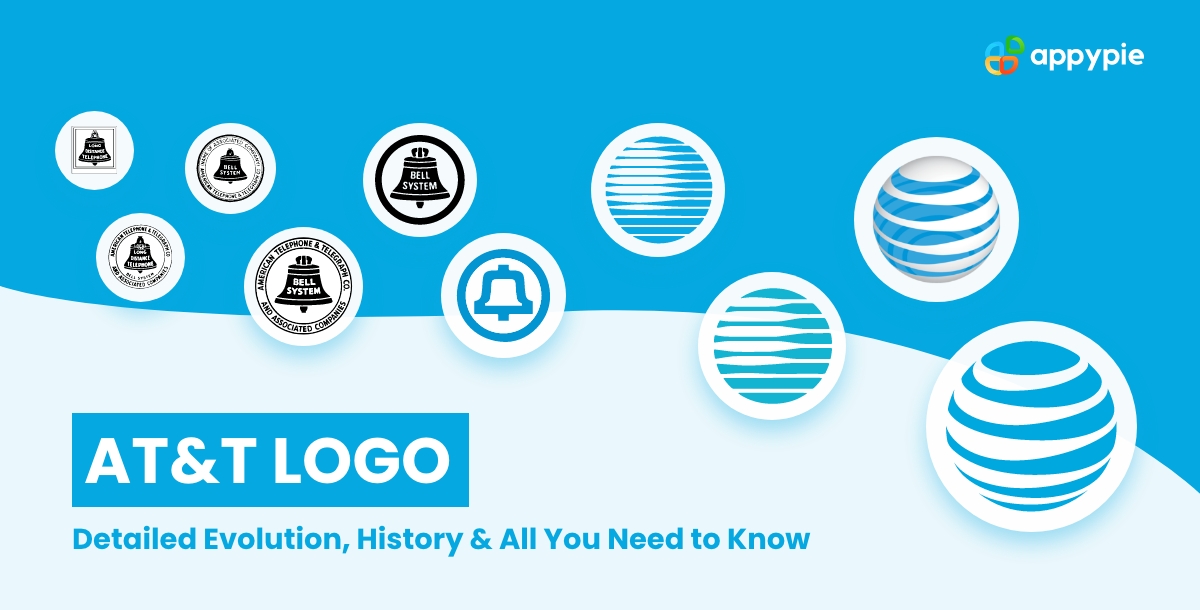 Alexander Graham Bell invented the telephone in 1876. And then, the company named AT&T was founded. It is one of the leading communication brands synonymous with innovation in telecommunications.

AT&T is known to be one of the world’s largest telecommunications and wireless providers, with over 150 million customers. AT&T is the world leader in communication services which is not very far from the truth. 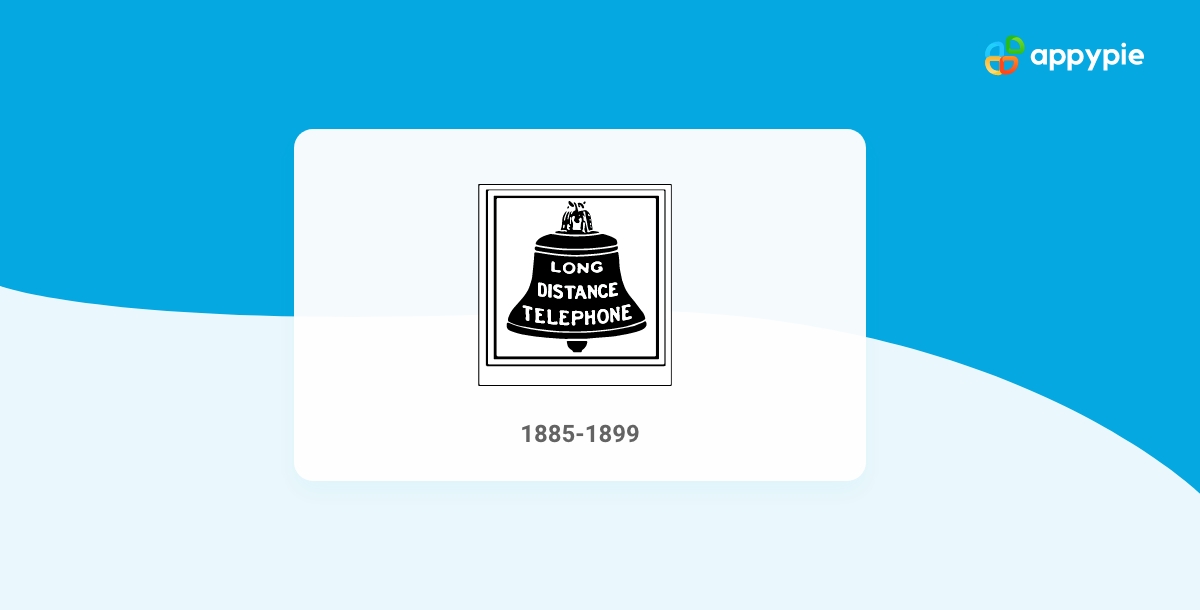 The original AT&T logo was created in the late 19th century. The logo was composed of a black bell image surrounded by a triple square frame. A wordmark in white was put on the black bell, reading, “Long Distance Telephone.” It was in a traditional typeface with all letters in uppercase. 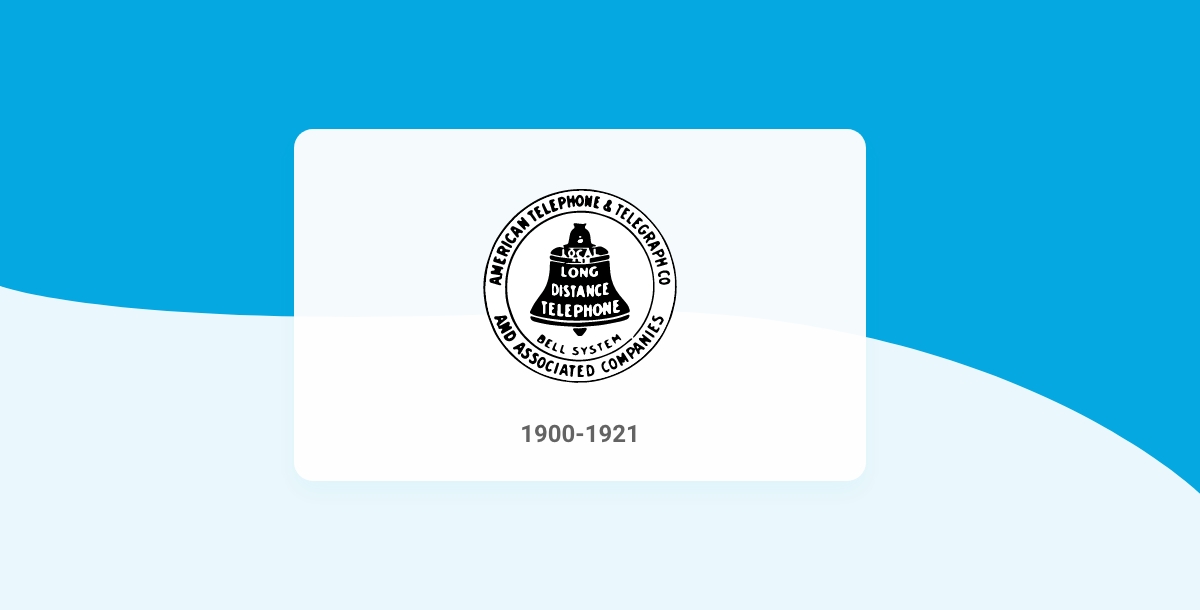 In 1900, the outer frame of the AT&T logo turned from a square to a circle. Some additional text got placed right in the circular frame. Regarding the logo’s central emblem, the wordmark on the black bell got a ‘Local’ placed on the topmost part. Also, another word mark in black, reading “Bell System,” was added under the bell. 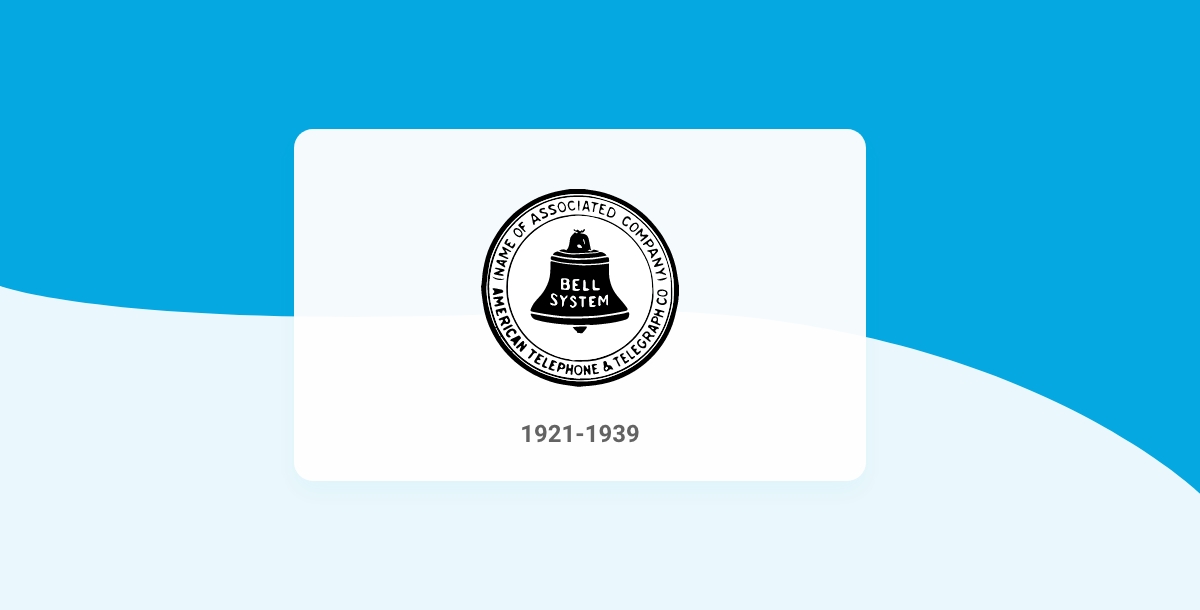 In 1921, the text on the logo was changed a little, and the whole lettering on the black bell got a little shorter. Now the inscription just read “Bell System” while the text in the circular frame featured “American Telephone & Telegraph Co. 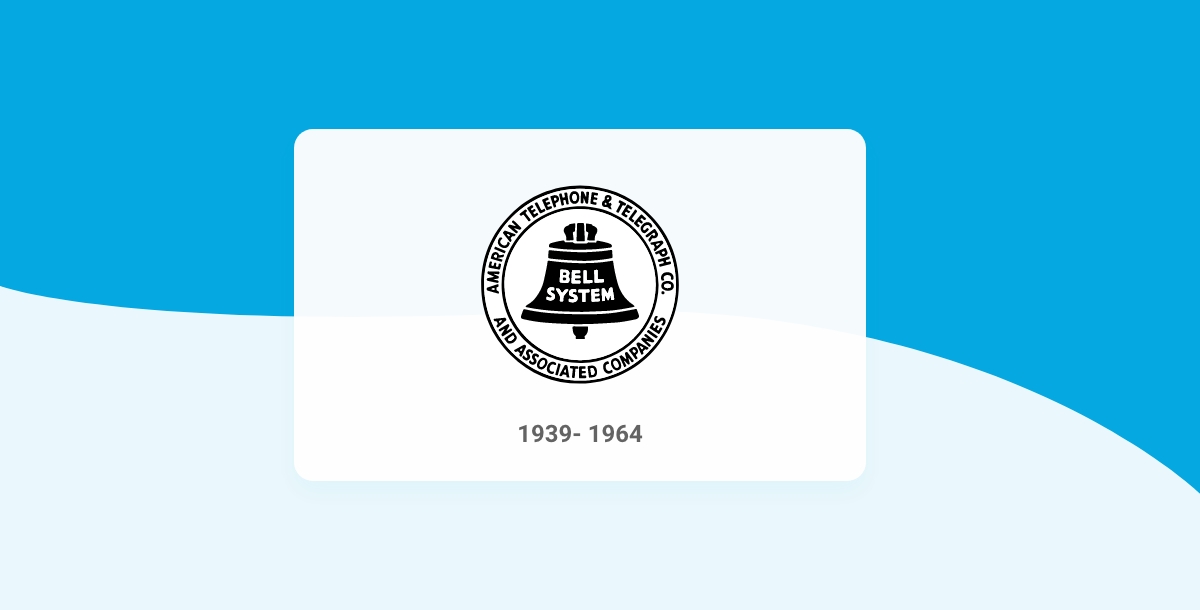 This time, the inscription present on the AT&T logo got more assertive and bolder in 1939. While the composition remained the same, all outline elements were modified, making the emblem more serious and confident. 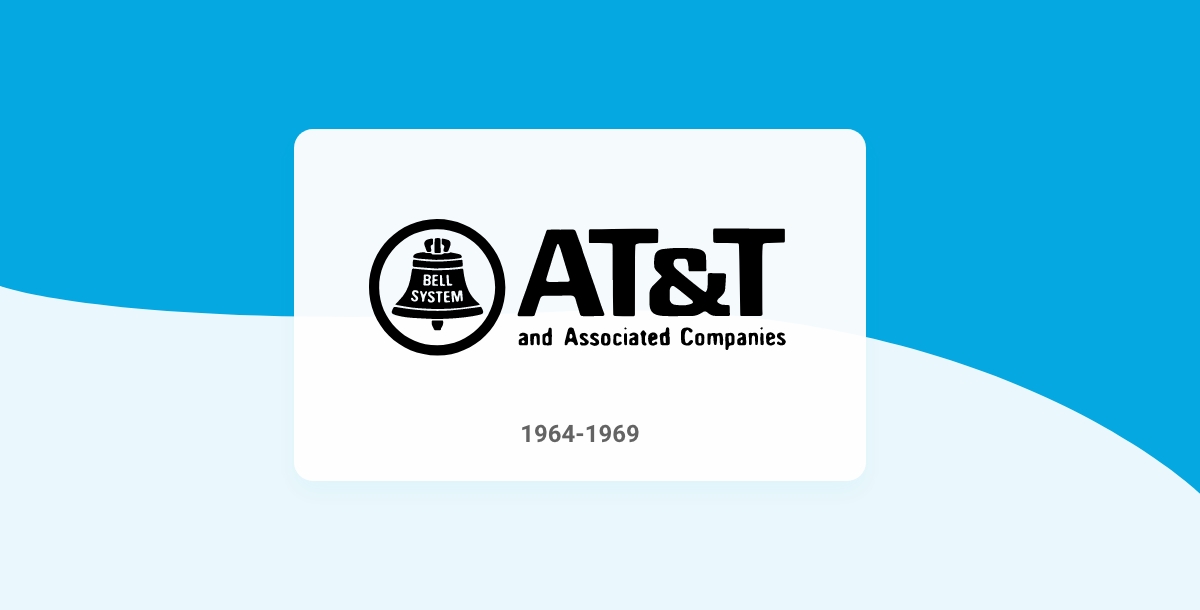 In 1964, the name of the organization was shortened. Thus, the AT&T old logo was also changed according to the title. The circular frame became bold and solid this time, and the emblem got placed on the left. In addition, the logo’s wordmark was placed on the right side in two levels, where a giant “AT&T” was set above and “Associated Companies” was placed below in small. However, the color palette was still monochrome. 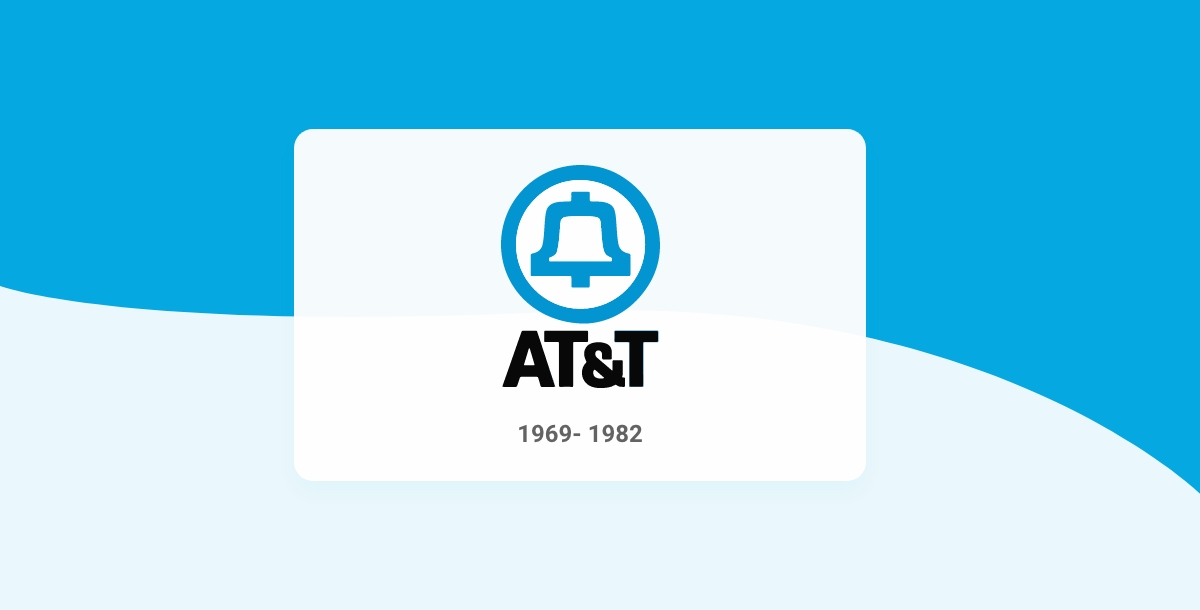 In 1969, the first colorful AT&T logo was launched by Saul Bass. It was more of a stylish bell emblem which is blue. The circular frames were also redrawn with blue outlines. The logotype was written in bold and black typeface under the bell emblem. 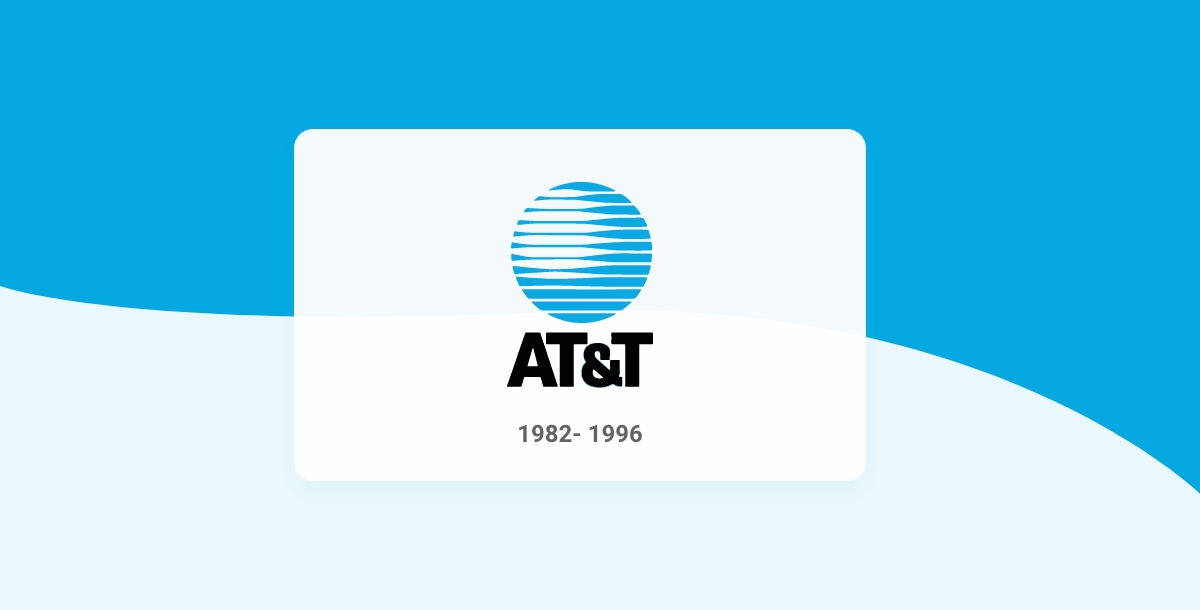 In 1982, Saul Bass kept the color palette of light blue and black unchanged, but a new emblem was created. A stylish globe replaced the bell icon in a circular frame in a solid light blue and white color in a horizontal striped pattern. This new badge also had a nickname called “Death Star.” This name stayed with the company for many years, eventually becoming the current emblem of the company’s base. 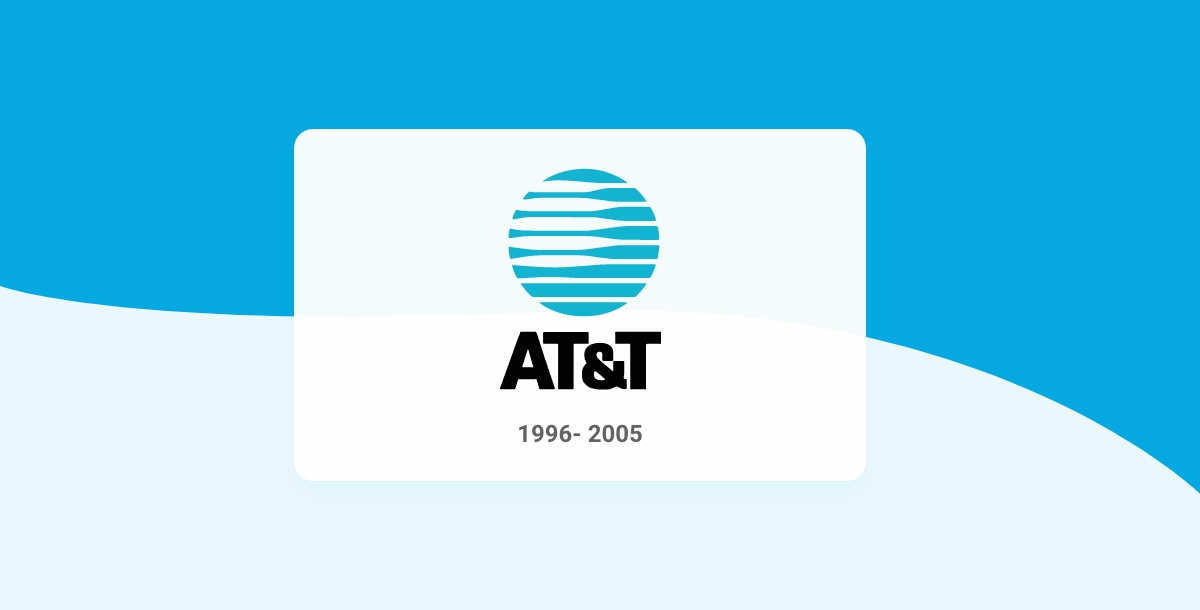 In 1996, the AT&T logo was redesigned one more time. Though the composition remained untouched, the overall design became a bit minimalist. The number of blue and white stripes on the globe reduced, and the bright blue color also got muted. As far as the bold black lettering is concerned, it remained untouched. 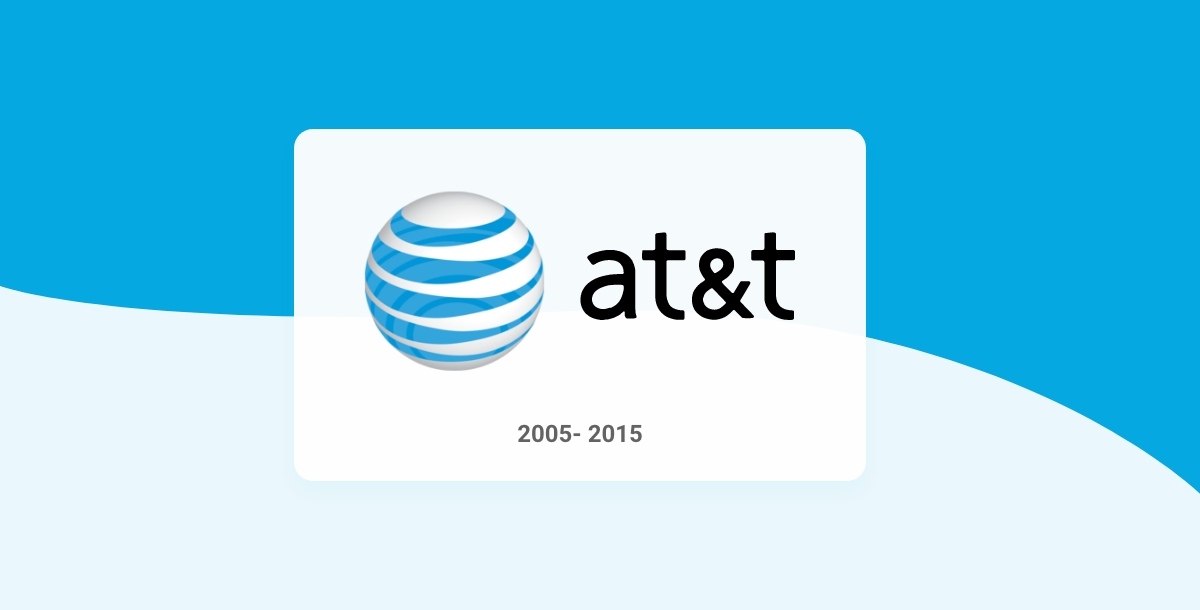 AT&T merged with SBC in 2005; thus, the AT&T logo got redrawn with the Interbrand design bureau. The previous versions inspired the new emblem; however, now it’s a three-dimensional sphere with blue horizontal stripes and white as its primary color. In addition, the logotype lettering has changed to lowercase, again in bold black. 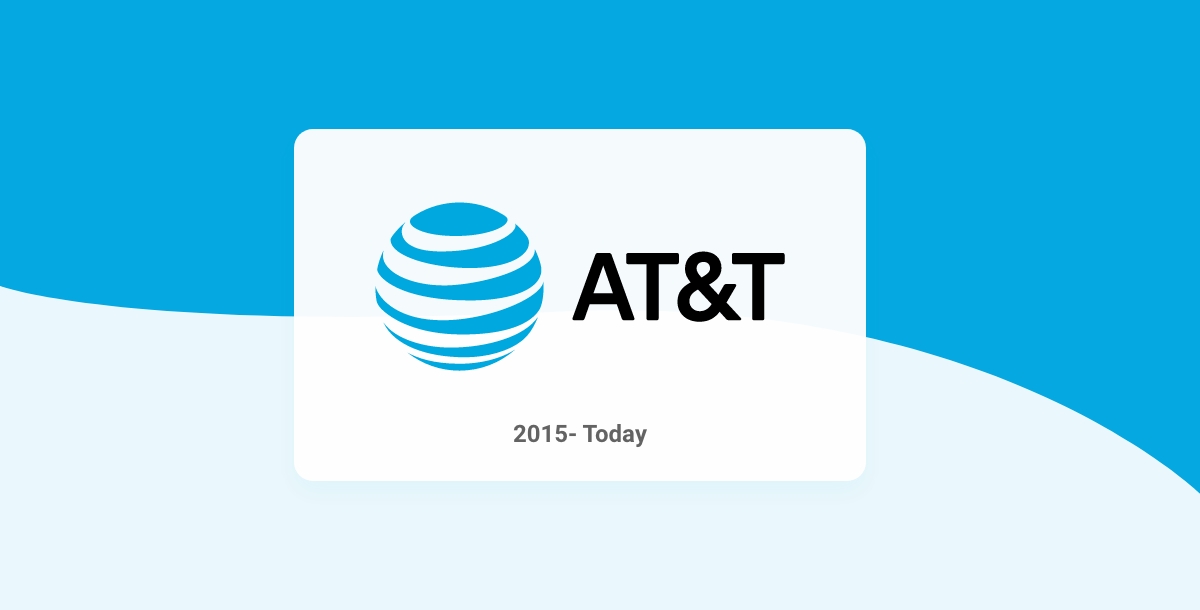 In 2015, the redesigning of the AT&T logo became flat again, and the logotype with uppercase letters was returned. However, the color palette of blue and white remained the same, but this time the primary color has changed to blue. This new logo shows the roots and traditions of the company.

How to Create your own Logo with Appy Pie’s Logo Maker?