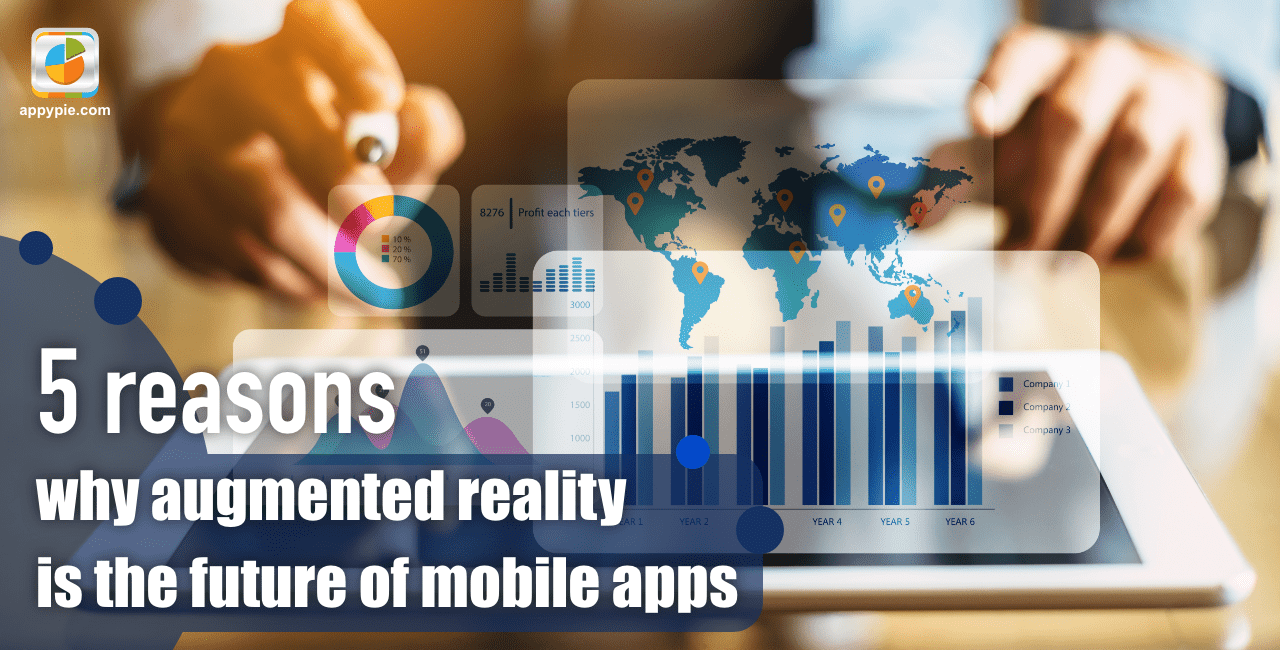 AR enhances the real-world environment by using various sensory modalities like vision, voice, smell, etc. AR devices have been around since the late 80s. Despite that, augmented reality is a relatively new field with just about anything possible for it in the coming years.

Augmented reality is currently being implemented by the smartphone industry in significant numbers. App makers create AR experiences by using various features of a smartphone and deliver an integrated user experience that emulates the experience of using an actual AR device.

Augmented reality is a revolutionary technology and the truth is that it does not need smartphones to thrive. On the other hand, it does not have a place to implement its true potential. Dedicated AR devices exist but they are not mass-produced because of production costs, lack of awareness among consumers, potential security risks and a plethora of other reasons.

The best example of an AR device is Google Glass. Its adoption in the popular consumer market was a failure due to a lack of need and its privacy risks. The potential risk that anyone with access to your glass could have seen everything you would do dissuaded even the most enthusiastic techies of the time.

Google Glass, however, second winded and is already being extensively used in closed IoT ecosystems, especially in manufacturing, the health industry, and logistics. Google Glass proved why the general consumer market is not ready for AR devices.

A market that is barely warming up to virtual reality consoles is far away from adopting AR extensively. In essence, AR devices are the successors to smartphones but until they are as convenient as a smartphone, they won’t take off. It is safe to assume that in the worst-case scenario, the smartphone market will remain at its current saturation point for the next decade.

Smartphones as the definitive AR device

The chances of smartphones becoming obsolete are high but there is also an equal chance that smartphones have become the definitive AR device themselves. Smartphones already work as AR devices with the help of AR compatibility. Unfortunately, smartphones do not live up to the actual potential of augmented reality devices and are relatively basic. Nonetheless, the coming decade will be over-flooded with smartphone configurations that have AR capabilities and heavy AR apps will soon become the norm.

If this trend explodes like it’s predicted to, the smartphone boom will get a new life and AR capability will end up setting the new benchmark for smartphones in the market. The next 3-4 years should determine if it comes true. Apple marketing the iPhone 15 with the feature of ‘advanced AR’ does sound like something they would do. Banter aside, the probability of smartphones being AR devices increases as each day goes by.

The promise of handheld AR devices has been coming for a long time with no real proof of its existence. For now, smartphones are still the best way to go. There is a gradually increasing need for AR apps and new app market leaders will pop up. Imagine a restaurant app that lets you see the ambiance of a restaurant with the help of AR while you’re booking it. The potential for AR is endless. 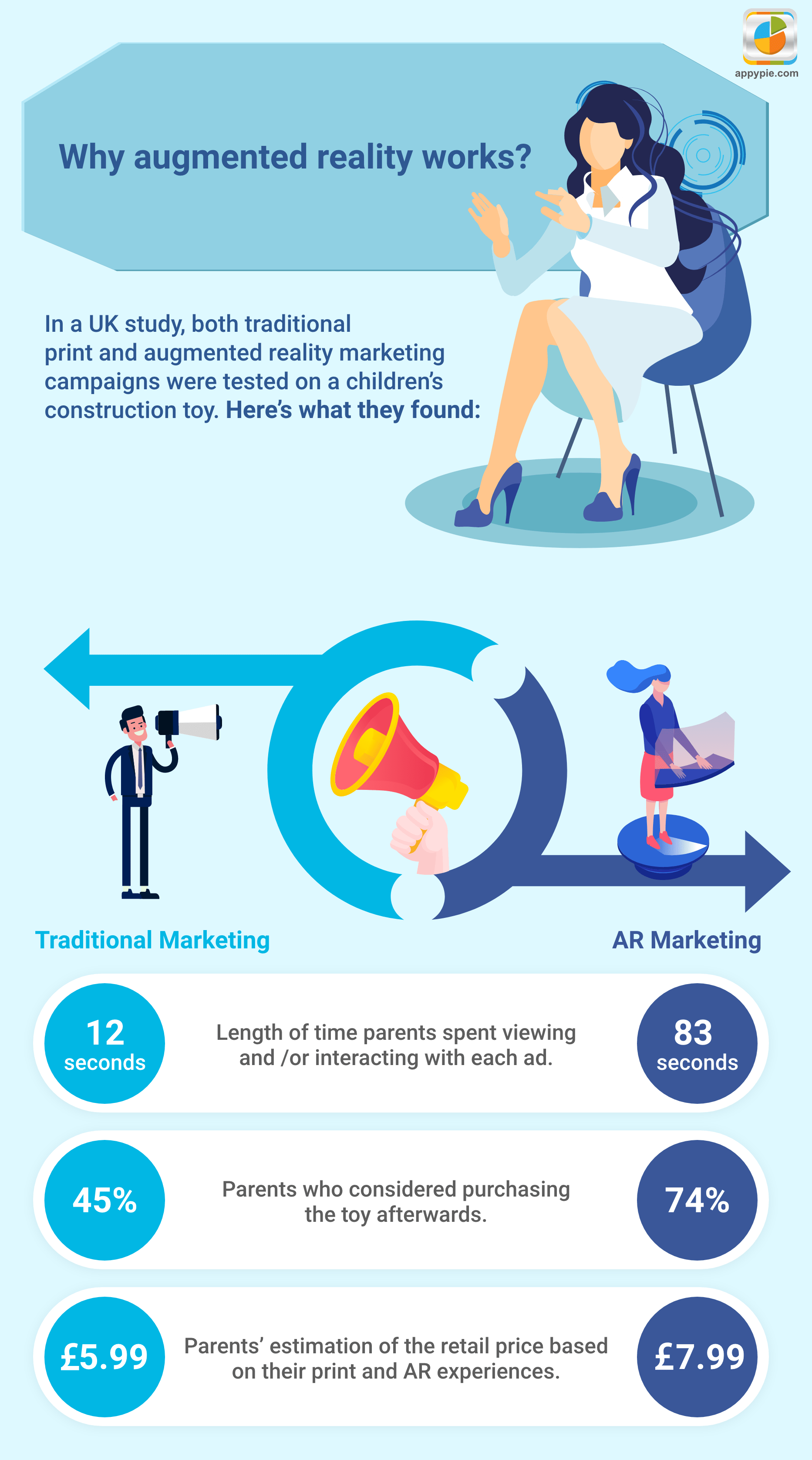 Existing apps that use augmented reality in smartphones

Before we discuss why augmented reality will replace traditional mobile apps, let’s list out down a few examples of successful AR apps. App makers are slowly discovering new applications for augmented reality and making apps. The most extensive application of AR is in the entertainment app markets.

From the wildfire miracle, Pokemon GO to Doodle Lens, which lets you create and shoot animated doodles in real-time, the ‘fun’ aspect of AR is already being discovered and being used. SnapChat is still the best AR camera that exists on the market by a long shot. 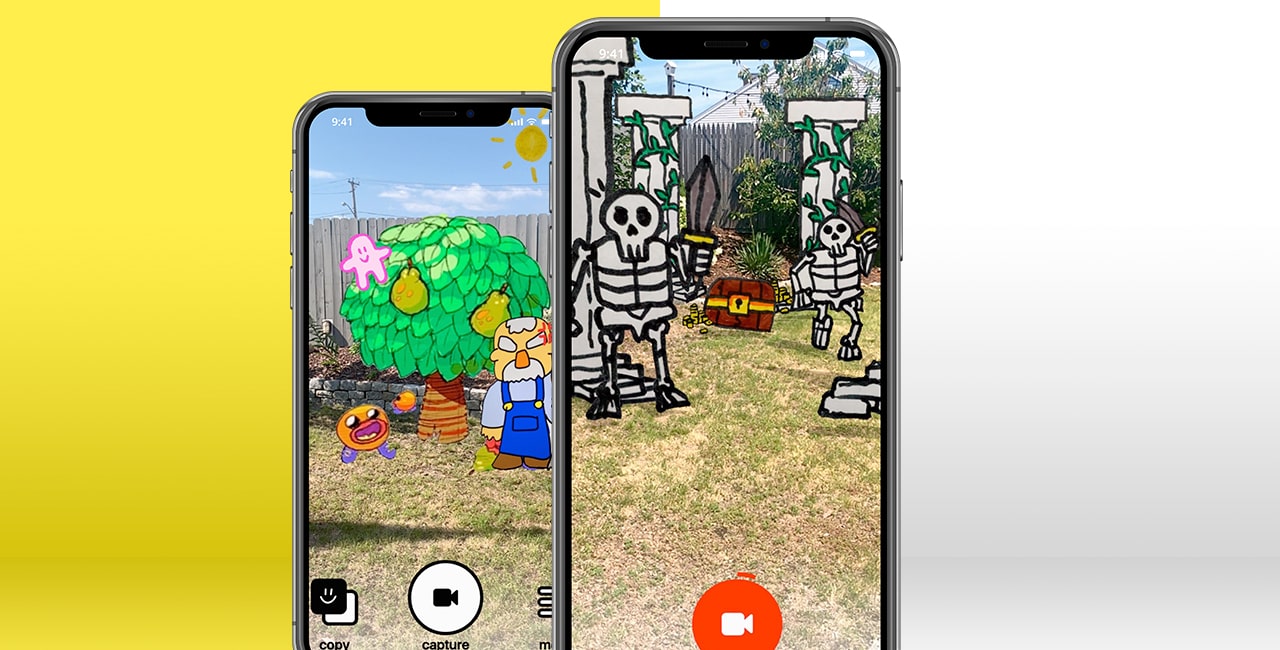 Another application of AR is Google Translate’s camera capability that scans an image in another language and translates it to your preferred language. Apps like Skymap are revolutionary for their respective fields. Developed by Google, this app lets you point your camera to the sky and identifies star configurations and helps identify constellations in the night sky. 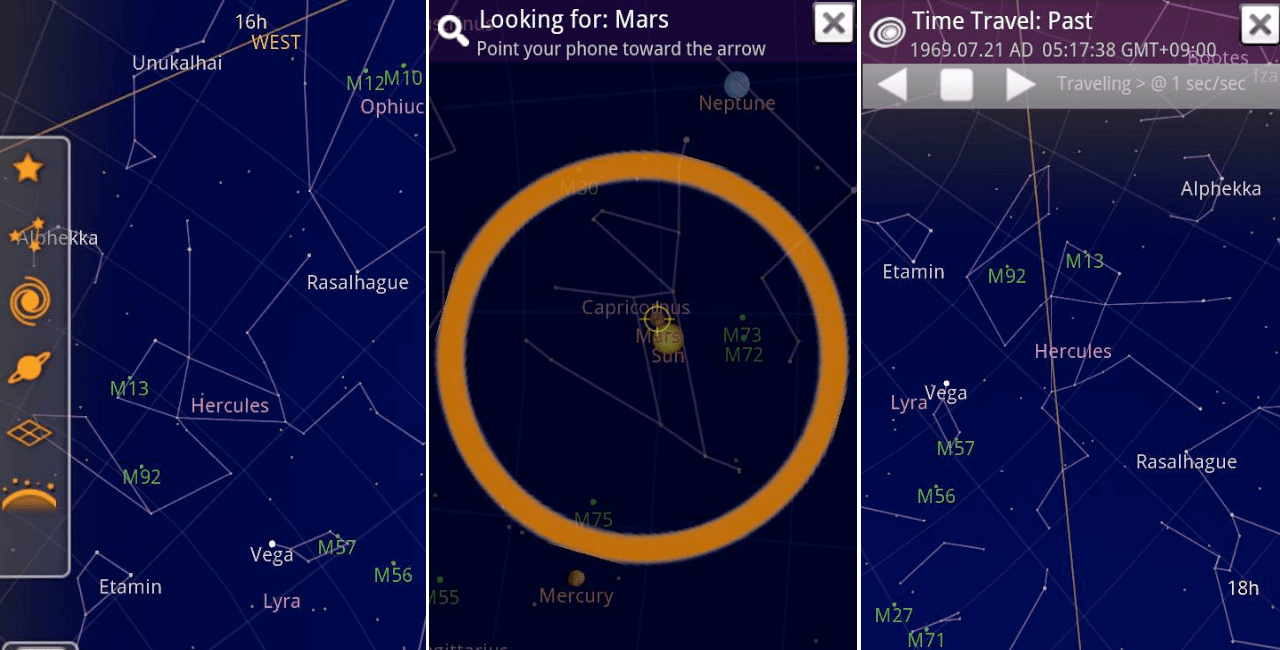 BBC Civilizations AR lets you visualize the evolution of civilizations with the help of AR. Apps like InkHunter let you see how a tattoo will look on your body before you tattoo it to your body.

5 reasons why augmented reality is the future of mobile apps

Consumer technology is showing a trend of slowing down. Smartphones have become the norm of computing and the most efficient smartphones are stuck with no significant innovations for the market. As discussed above, many manufacturers are looking at the potential of smartphones as AR and AI devices. With the increase in AR capability, more AR apps will be required.

Smartphones’ greatest USP was its convenience and the abundance of its software ecosystem. This USP has reached its maximum potential. There is no way to make a smartphone more convenient. With IoT, apps and compatible hardware, everything that can be done through apps is already being done. The best phones in the market are in no way utilizing the true potential of their hardware. Hardware has plateaued and with no significant development in the software, there is no need for innovation in a smartphone’s hardware.

Unlike computer software, mobile apps work on most hardware configurations. This makes better-engineered hardware worthless. The only way a smartphone can live up to its price point is with software that actually challenges its hardware capability. Most software in mobiles don’t do this. Even a space-eating and RAM heavy software like PUBG runs on basic mid-range smartphones and offers the same quality as flagships. 4K display is not a justification to spend an extra grand on your phone.

The device list for AR compatible devices has been steadily increasing. Google’s own Pixel excels at this, making other companies follow this trend. Many flagship models are generally AR compatible. AR capability and its utilization will actually add value to expensive flagships and add luxury to the hardware upgrade the more expensive smartphones provide. Thus app makers and phone makers themselves will stress on better AR apps in the near future.

Ever since Pokemon GO and SnapChat went viral, the demand for AR-based apps has increased. AR apps have a futuristic and sci-fi ‘feel’ to them. All usable AR apps have appealed to users raising confidence and increasing the potential demand for AR devices. However, most AR apps do feel clunky and ‘old’ due to a lack of refined graphics.

AR advancements are making graphics better, proven by the Animoji feature of iPhones. There is also a rise of companies investing in smartphone-based AR compatible software.

AR can seamlessly work alongside AI. This is often looked down upon due to security concerns and the mixed reception towards AI but is actually an important application of both.

From a business standpoint, AR makes it easy for AI to predict trends, generate leads and gain customers. Providing an AR experience is already being used by retailers. For example, Lacoste’s app allows you to try on shoes virtually with the help of AR. The information gathered from the user’s AR experience is used by AI to generate marketing leads, target ads, etc.

ARCore was initially launched by Google in March 2018. It is a development kit dedicated to making AR-based apps for smartphones. The stable version of ARCore was released on 30 July 2019. While not the first platform that will aid in making AR apps, it is definitely the best.

Since it is made with Google themselves, it will blend with Android more seamlessly than software like Unity, and Unreal Engine. Apple has also developed its own AR development kit known as ARKit. Both industry giants investing in AR is a clear sign of shifting trends towards AR apps in the smartphone markets.

Looking at the Smartphone industry from a purely business perspective, AR happens to be one of the safest bets out there. The chaos that was the smartphone industry is now settling. The last true innovation seen in smartphones that wasn’t AR came out 10 years ago. Smartphones have now become replaceable pieces of plastic or metal which get a new skin each year.

This is proven by the fact that each year a new flagship is launched, which rarely justifies its price tag.

Flagships fail on both hardware and software fronts presenting a simple cosmetic update to the otherwise normal phone. Industry standards have been set and profit through rapid innovation is no longer a feasible strategy for both phones and apps. The only apps that ‘innovate’ nowadays happen to be AR apps. Be it SnapChat, Pokemon Go or InkMaster, all innovation in smartphones nowadays is being done through AR-based apps. For innovation-based profits, AR is the only way to go and is a safe investment for the next decade.

There is no denying that AR happens to be the future of mobile applications. Until AR devices are affordable and feasible, the world will have to use smartphone-based integrated AR  applications. Unfortunately, there is a slight chance that this evolutionary leap to AR might never happen.

AR suffers from its wide disadvantages. The greatest disadvantage of AR is the potential breach of the privacy of millions of people making app makers reluctant to innovate in it. Apart from that, the AR ‘revolution’ has been promised a lot in the past but innovation in this sector has always been slow. These disadvantages are somewhat negated by the smartphone industry.

The future of mobile apps is not far. One could say that we are currently living that future. We shall see in some time if AR successfully replaces and integrates with traditional mobile apps effectively.   been done, it’s being done and saying that it will definitely happen is not an overstatement.

AR apps are the way to go! Did you know you can create your own AI apps with Appy Pie? Learn more.