How to Overcome Challenges in Mobile App Development? 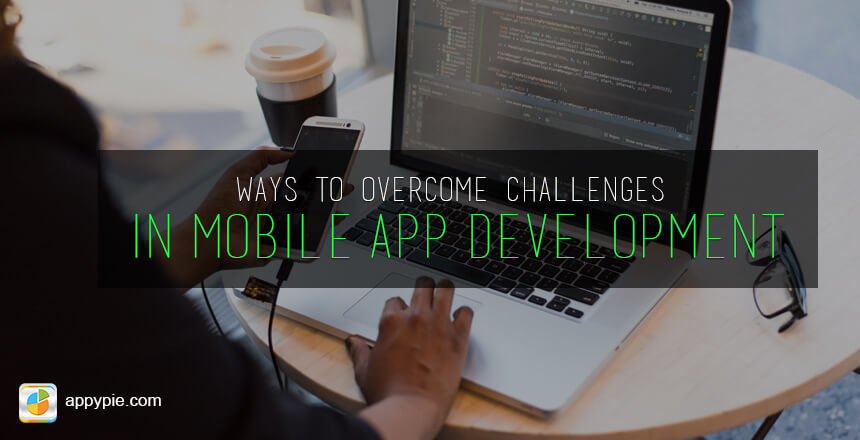 In this post we will be talking about leveraging the new age rapid app development tools to create apps while reducing the time and money investments for mobile app development.

When was the last time you met someone who was not carrying a smartphone? Not in the recent years, I am sure! As smartphones have become an imperative accessory in our lives, the use of apps has also grown at a remarkably high pace.

Did you know that in 52 countries all over the world, 66% of individuals would have their own smartphones before this year comes to a close?

It would be an understatement to say that the customer mobile apps have met a great measure of success. In light of this success it is only natural that several companies are looking at developing mobile business apps with the intent to fortify their existing business applications. This is a step in the direction of enhancing their customer service and boosting up their efficiency.

However, there is an alarming statement from Gartner that says, demand in the market for mobile application development would increase at least five times quicker than the ability of the tech departments to deliver it up to 2021.

The most common challenges faced by these companies in their efforts of mobile app development include the expenses running higher than affordability, lack of skills, time limitations, and the technical challenges.

There is a definite dearth of mobile app developers who have a decent amount of experience in the field. This is proving to be one of the biggest challenges for companies who are keen on increasing their app development or make their existing apps robust and more functional.

62% of the companies have confessed that they ended up spending north of $500,000 in order to build only about 1 to 3 apps! There were 13% though who said they spent about $5 million for the same. 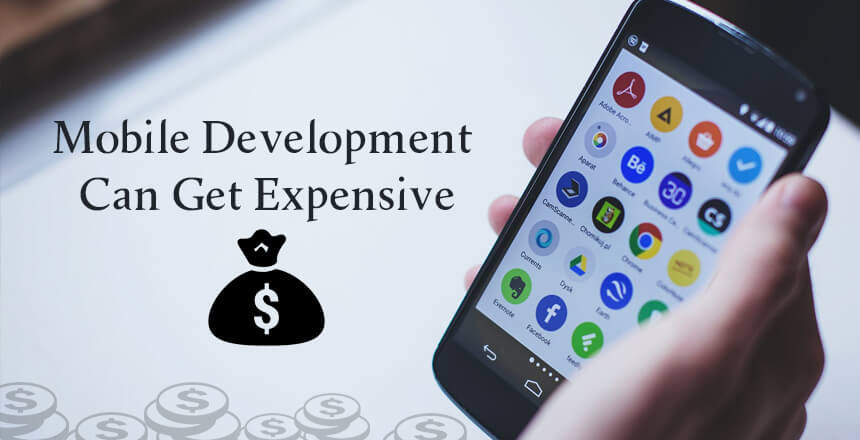 Most businesses I know do not have as deep pockets as they would like. Apart from the money investment, the time investment does add to the cost as well.

The process of building an app for business does not happen overnight, which means that businesses have to invest a whole lot of time waiting for the app to be built, tested, and then released on the app store of their choice. This time increases even more when the businesses are building separate apps for separate platforms.

There are many businesses that might need to develop the app for a number of devices including iPads, iPhones, Android and Window phones, tablets, and desktops based on Windows, Linux, or Apple, in addition to various operating systems across different devices. In such cases, the mobile apps that they are developing would need to work in a consistent manner across all these platforms and devices. This is, unfortunately as complicated as it sounds and quite a challenge in the realm of mobile app development.

This is a decision that needs to be made right at the start of the process. As a business owner, you would have to decide which kind of app would be best suited for you – web apps, hybrid apps, or full-fledged native apps. Each of these types of apps come with their own pros and their own sets of challenges during the developmental stage and beyond.

It is quite common for the developers to come up against integration challenges during mobile app development. Ideally an app must have the ability to integrate flawlessly and also synchronize smoothly with several kinds of SQL databases and back-end databases.

To Outsource or Not

This is one of the defining challenges faced by the companies. It is important to make the right choice about the resources you want to pick for the app development process. It is a big decision whether you want to outsource the entire project or engage the existing IT team.

Now, not every company has the resources or the money to be able to overcome these challenges when they set out to build their own apps. It is for this reason that quite a few of them are opting to use rapid app development tools.

These tools allow the businesses to develop sophisticated and fully functional web apps, hybrid apps, and even native business apps in a much shorter time span as compared to traditional methods of app development. This is majorly due to the fact that the amount of traditional coding needed here is reduced quite considerably in this case, and for some apps, it is eliminated entirely. 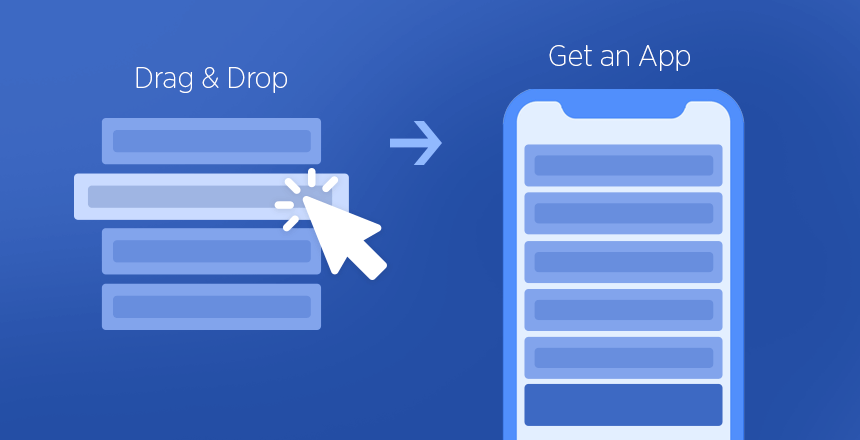 This makes sure that the apps are built almost entirely through multi-level selection processes instead of using coding. The actual development part of the process is supported by a curated range of actions which quicken up the pace and make it simpler as well.

Some of the available platforms come with WYSIWYGAppy Pie simplifies app development with AI and WYSIWYG tools
Building an app for your business from scratch isn’t easy — particularly if you’ve never written a line of code before. Yet the incentive to grab mobile app stores by the horns has never been stronger. design screens which helps the businesses create their apps even faster while automating the creation of default information & files. This makes building and testing the user interfaces a lot easier.

These tools are largely easy to use which means that the businesses can stick to using their own in-house IT teams and even other staff within your organization who are outside of the IT teams while giving them basic training. The tools and platforms have varying levels of flexibility which allows the businesses to include all the existing software and data into the app or even develop new and suitable customizations in order to make that happen.

Things to Look for in an App Development Platform

If you are planning to develop an app for your business next year, or even this year, you no longer need to be deterred by the common challenges that are faced by most businesses during mobile app development processes. It is getting easier, quicker, and cheaper to build your business app and the rapid app development tools are here to help!

When you use rapid app development tools you would be able to leverage your in-house teams and resources and build flawlessly functioning web app, hybrid app, or even native app for a lot less in a much shorter time span! Additionally, if you choose a platform that is scalable and flexible, you stand to make apps that would be future-proof and lend them an ability to grow as your business evolves & expands.