Why Virtual Reality Has the Potential to Shape the Future? 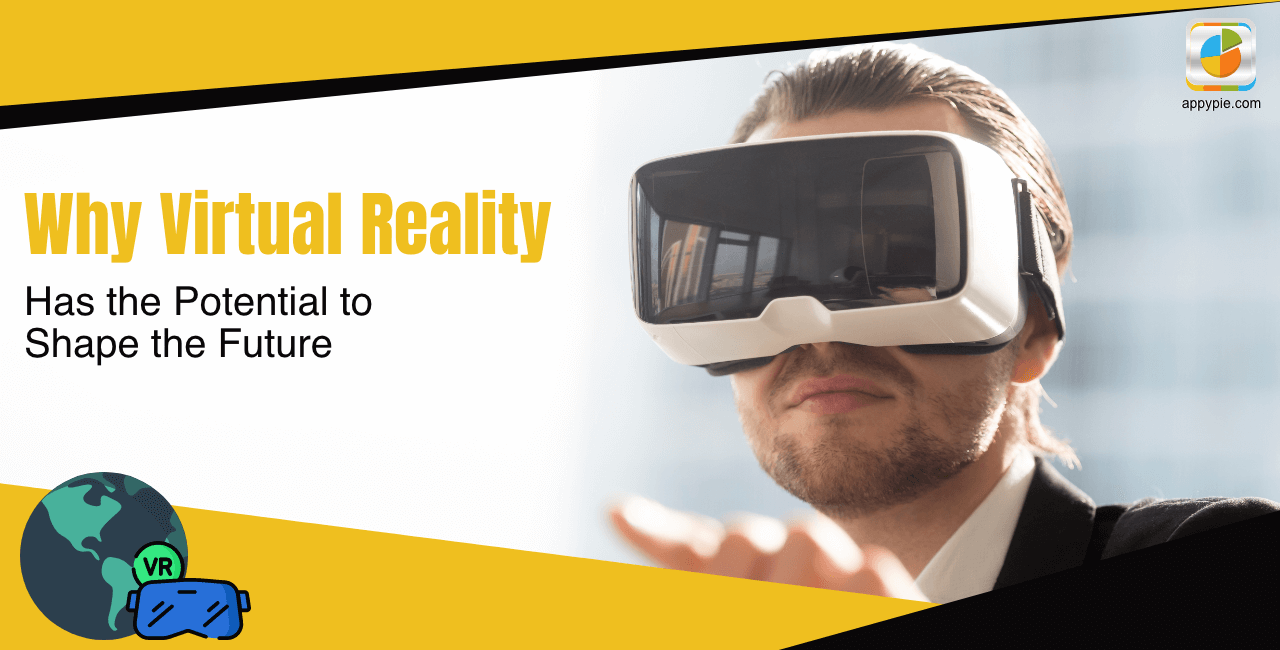 VR’s journey as a potentially revolutionary technology has been rather bumpy. It’s never really broken through the proverbial ceiling, at least not like contemporary technologies such as machine learning, Natural Language Processing (NLP), and even the Internet of Things (IoT). The use cases haven’t disrupted any industry, nor has there been any breakthrough app that puts the technology in the hands of the end-user.

You won’t have to browse for long before bumping into a blog declaring that ‘VR is dead’. But, is it really dead? Let’s explore.

In this blog, we’ll cover the impact of VR on the three leading global industries – retail, real estate, and medicine, and will also cover some underlying trends that are all set to shape the future of VR.

VR Isn’t What You Think It Is

Most of the initial virtual reality hoopla was around gaming. For this reason, technology has suffered from a stereotype. It’s been put in a box and labeled ‘funky’.

VR tech startups realized this around 2018, and since then, there’s been a resurgence in the industrial adoption of this technology. Today, it’s naive to think of VR as merely ‘a video gaming technology’. It’s a lot more. It’s the future of how we consume information and seek engagement and entertainment. Read here to learn about how VR actually works.

VR – The Next Screen

Philip Rosedale, co-founder, and CEO of High Fidelity, a VR startup, is just one of the many technology authorities that believe in VR’s relevance as ‘the next screen’.

Virtual reality has the potential to overcome all limitations of traditional screens. Resolution, energy consumption, size – there are no constraints, no limits, when you consider VR as a screen, rather than envisioning it in the form of a particular application such as Oculus Rift.

The Marriage of AR and VR

VR scientists agree that it’s immensely challenging to recreate the real world, in all its vivid detail, in VR. This is where AR becomes a major problem solver, enabling VR content creators to fill voids with meaningful, contextual, and engaging digital information displays that ‘complete’ and ‘enhance’ the digital replicas of the real world.

Microsoft’s Hololens uses this mixed reality concept, letting the wearers of the headset remain in their original environment, yet interact with it using their hands (air-trapping) and eyes (controlling visuals). The next level for Hololens is to enable virtual face-to-face communications, as the device will be able to create a 3D model of the person on the other side.

Developers and content creators will realize the potential of AR as a magic brush that can help them make their VR renditions perfect. The result – the number of complete use cases for end-users will increase significantly.

While e-commerce continues to pose a threat to global retail, VR technology has the potential to catalyze the fall of traditional retail, or to act as a lease of life for it.

Retailers need to invent new reasons for shoppers to still be interested in in-store visits to get more footfall in their stores. VR provides an opportunity, as retailers can use the technology to help consumers experience product information like never before.

Toms, a Playa Del Rey based retailer of shoes, uses VR to enhance store experiences for customers. The retailer used Samsung VR headsets in hundreds of its stores, enabling customers to experience (in virtual reality) the visuals of children in Peru opening donated shoe boxes!

Such use cases of VR can help retailers establish connections with customers and even out the playing field against eCommerce. Of course, eCommerce could easily replicate all such use cases and dilute the advantage. Consider, for example, Alibaba’s ambitious forays into VR retail, which could take shoppers right inside Macy’s in Manhattan, virtually!

Volvo uses VR technology and Google Cardboard to enable users to experience the test drive via virtual reality. Jaguar, Ford, and Lexus have latched on to the idea and started their VR test drive projects as well. Consider ShelfZone, an app that works with HTC Vive, aiming to empower large scale retailers to deliver VR experiences to end users.

Think of the average real estate transaction. A broker shares a list of properties to the client, and so begins a long and tiresome process of scheduling visits, explanations, negotiations, follow up visits, and so on. 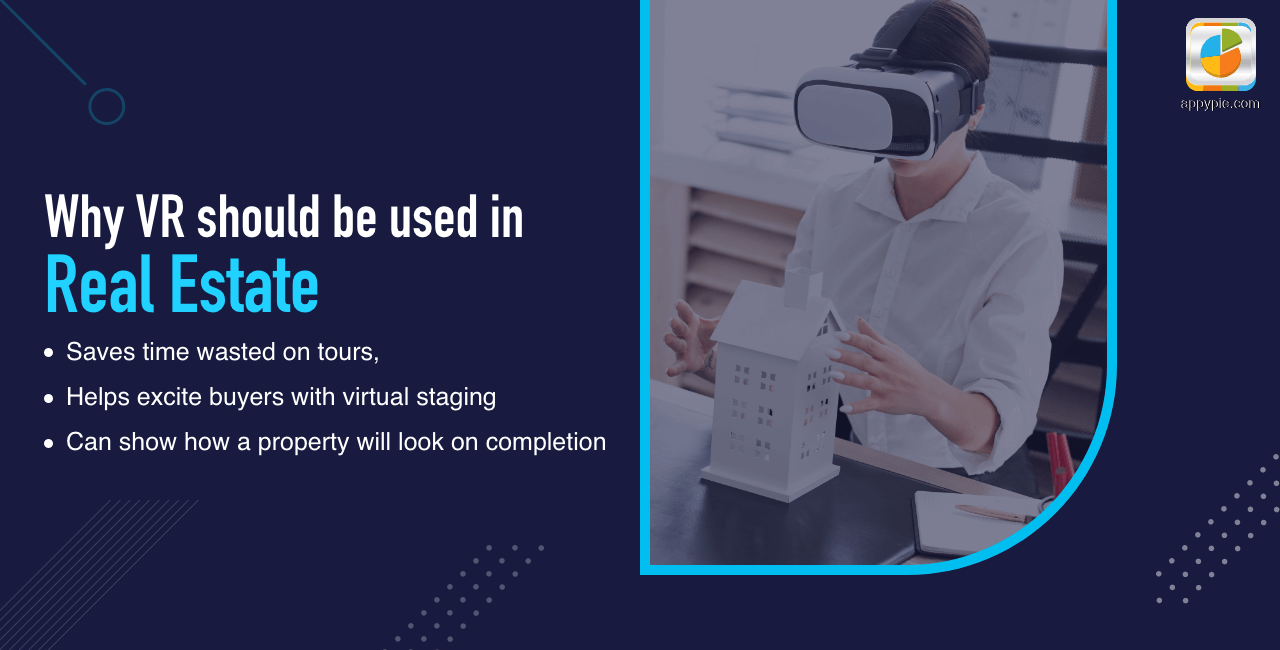 A survey done by the National Association of Realtors showed how 44% of the respondents said they searched properties over the Internet. And virtual reality is just the add -on that can disrupt this industry.

Another use case – virtual staging! Another research report by the National Association or Realtors called a Profile of Home Staging report explains that 77% real estate agents believe that staging helps buyers ‘believe’ that a property is worth being their future home. Virtual reality provides a tremendously effective medium to do that, as any empty apartment can be ‘staged’ virtually with the best in class furniture and decor products, to make it more sellable.

VR in medicine and healthcare

A report by Global Industry Analysts suggests that VR in medicine could grow into a $3.8 billion industry by 2020.

Here are three mindblowing applications of VR in medicine that are paving the way to a future where technology will help elevate healthcare’s effectiveness.

Virtual reality has progressed a lot since the time it was looked upon in awe as a gaming technology. The use cases of VR spread far and wide. It’s considered a revolutionary technology for a reason – and that’s because it has the potential of making ‘the human gaze’ a medium of interacting with the environment!

The leading industries, right from retail to healthcare, are well and truly on track to making VR a vehicle of success for the years to come. As use cases begin to manifest themselves at a more accessible level for end users, more industries will hop onto the bandwagon.

Did you know that you can create your own VR app with Appy Pie App Builder? Make your own app today!