What is Virtual Reality? An Ultimate Guide to Understanding VR Technology 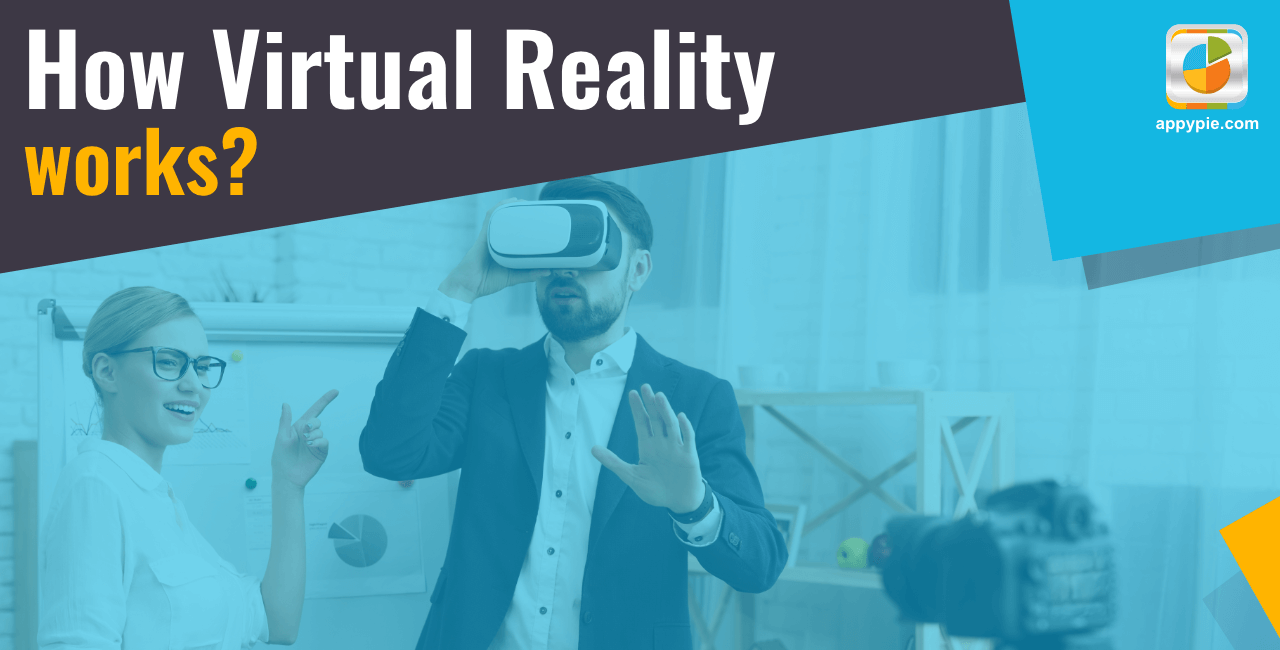 Here is an overview of all the things that you are going to learn in the post:

What is Virtual Reality?

Virtual Reality uses a host of technologies to achieve this simulated goal. The simplest form of virtual reality is a 3-D image that can be explored even on your personal computer. The Virtual Reality Modelling Language was first introduced in the year 1994 and was anticipated at development of virtual worlds without any dependency on headsets. However, the Web3D consortium was founded in 1997 for the development of industry standards for web-based 3D graphics. Later X3D from the VRML framework was developed. 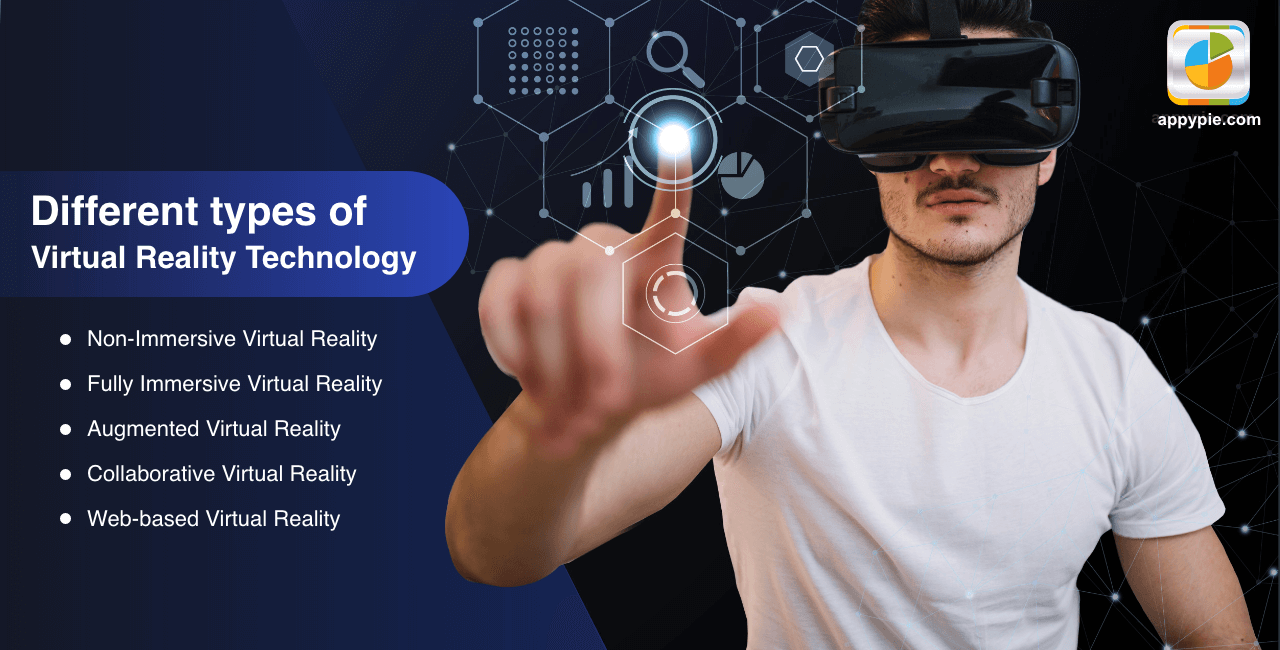 Non-immersive virtual reality provides desktop or laptop screen users with a computer-generated experience without a feeling of being in the virtual world. Using these input devices, any users can interact with digital content available on display. Here the user does not have the perception of being present in the simulated environment. The list of non-immersive virtual reality examples is not too large, but it brings great benefits to gaming, healthcare, and design sectors.

Fully Immersive virtual reality is a future technology. Fully immersive Virtual Reality consists of immersion in an artificial environment. Here the user feels immersed. A fully virtual world would be able to reproduce all of our senses, thoughts in a completely artificial environment. The possibility of experiences is endless here. This full virtual experience is possible with a very powerful computer.

Augmented virtual reality is a technology that places the computer-generated images on to the real world environment. It is an experience of the reality around us. It is like 3D mappings that show the landmarks, historical locations and other important information. A commercial augmented reality experience was first introduced in entertainment and gaming businesses. Subsequently, augmented reality applications have taken over commercial industries such as communication, education, medicine, and entertainment.

During development of products for sales and services, virtual reality in combination with the Internet offers various possibilities to improve dialogue between seller and buyer. This gives people an opportunity to discover interesting things internet can offer. Also, people can interact and have real experiences with their friends on social media with the help of web-based virtual reality. There are ways to use virtual reality over the internet with the help of Virtual Reality Markup Language.

How does Virtual Reality Work?

Virtual Reality actually transports us to a different world through the use of Head-Mounted Displays. Virtual reality allows users to interact within a three-dimensional, computer-generated environment. With a multiplicity of emerging hardware and software options, the future of wearable devices in the form of virtual reality is very bright. Headsets would hide your surroundings but expand your senses to experience within. For instance, you might find yourself on top of Mars looking for water or on the moon surface studying the weather there. Virtual Reality can include all or 4 out of the 5 senses like vision, hearing, touch and smell.

Virtual Reality’s most recognizable component is head-mounted display. The basis of a great VR experience comes with a modern headset. A VR headset is a head-mounted display that blocks the outside world and displays a 3-D world to create a simulation for users. VR headsets present a whole new experience for the user. VR simulation process begins with putting on the headset, plugged in, leading the user to switch his view over to the headset to immerse into an all new experience. 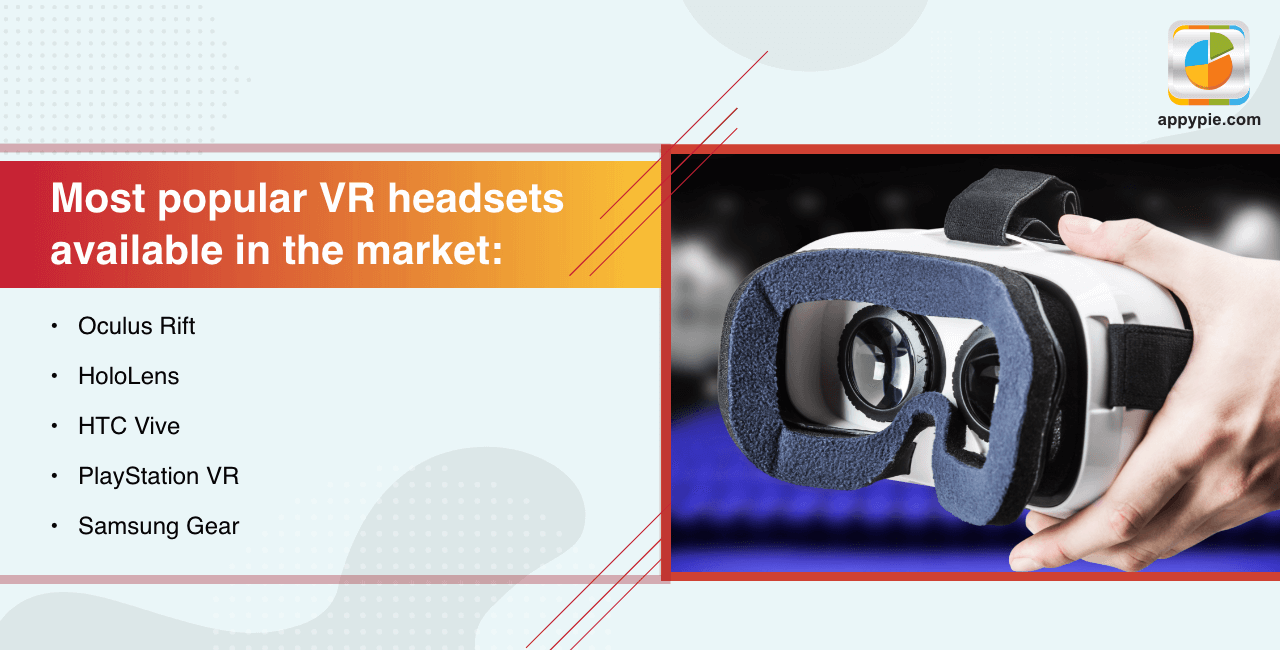 Different VR platforms have different headsets specifications. Some of the most popular VR headsets available in the market are:

Every headset aims to create an immersive 3D environment to perfect their approach. VR headsets put up a screen in front of the eyes thus, removing interaction with the real world.

Virtual reality requires two main components: software and hardware. The hardware produces stimuli that overpower the senses of the user. Apart from hardware and its coordination, the software is also equally important of a VR experience. If the cost of VR is low, it can go mainstream and there could be even more uses in the future. Virtual reality can actually make technology more humane. If VR overcomes its challenges and limitations in the future, it should provide realistic, high-quality natural images and interaction possibilities.

As the primary motive of virtual reality is simulating vision so the systems are powered by personal computers. The systems are sophisticated enough to run the software needed to create a virtual environment. Graphics are designed with video gaming in mind. Virtual Reality systems project images on the walls, floor and ceiling. These systems are called Cave Automatic Virtual Environments. CAVE displays give users a wider field of view. CAVE displays are extremely expensive and require more space.

Main Features of VR Systems are: 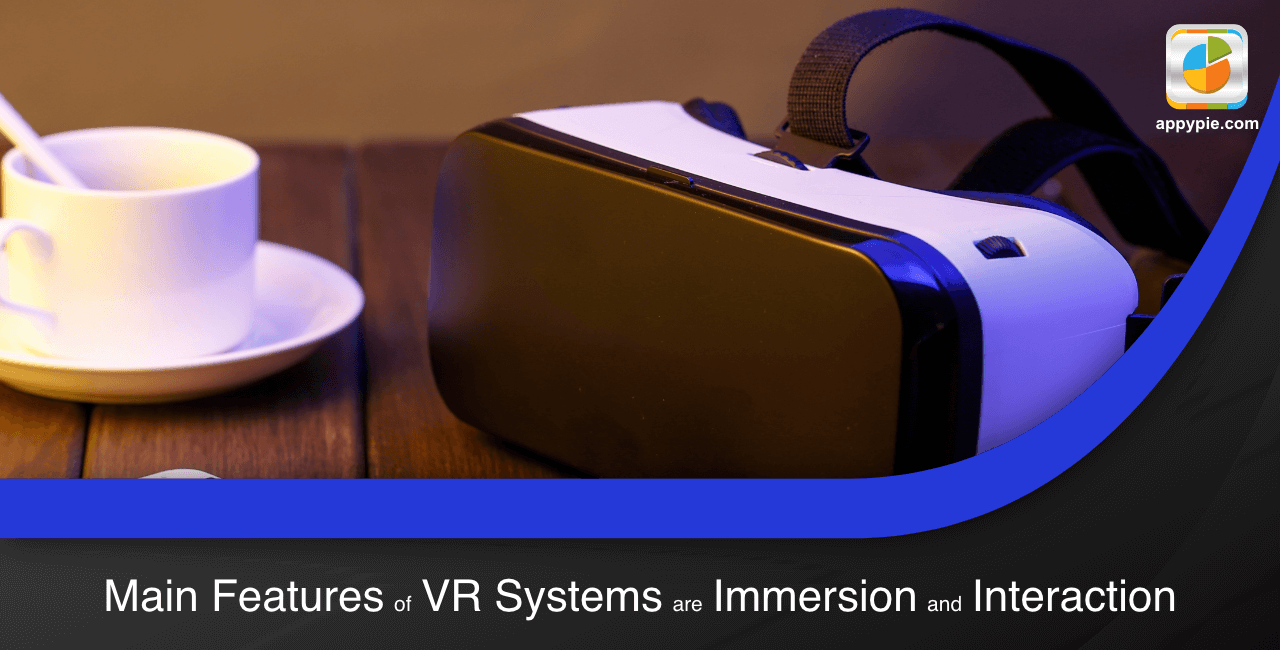 The main goal of a VR system is to immerse the user completely in a new simulation environment. Actually their peripheral vision is filled using the visor, introducing sound canceling headphones. This puts them into the scene and gives them control over it with head movements. Introducing these three levels of control creates an immersive experience. Adding a new interaction feature makes the experience more powerful.

In many films and games, more immersive experience is generated by app creators. Using a specialty controller in new Playstation VR can help users interact and control elements. Having the ability to pick up objects and interact with characters can improve immersion further and add value to VR simulations.

The gaming industry is a billion dollar example of virtual reality nonetheless it has more potential and other applications of virtual reality include education, entertainment, digital marketing, architect and urban design, medicine, engineering and robotics, fine arts, healthcare, clinical therapies, archaeology, occupational safety and sports. Virtual Reality is widely utilized in medical training, and is used to treat post-traumatic stress, depression, phobias and anxiety. This technology enables them to practice surgeries and other procedures.

In the field of education, Virtual reality enables students to interact with each other in 3D environments. Museums, solar system, and historical time periods can be visited remotely with the help of VR technology. The technology also encourages children with special needs to practice their social skills.

Concerns and Obstacles of Virtual Reality

There are many health concerns of virtual reality. Many unwanted symptoms have been caused by prolonged use of virtual reality. Most virtual reality systems come with consumer warnings like: seizures; developmental issues in children, collision warnings, discomfort, repetitive stress injury; and interference with medical devices. These symptoms are very common among people under the age of 20, thus children are advised against using VR headsets. Other problems may occur in physical interactions with one’s environment. 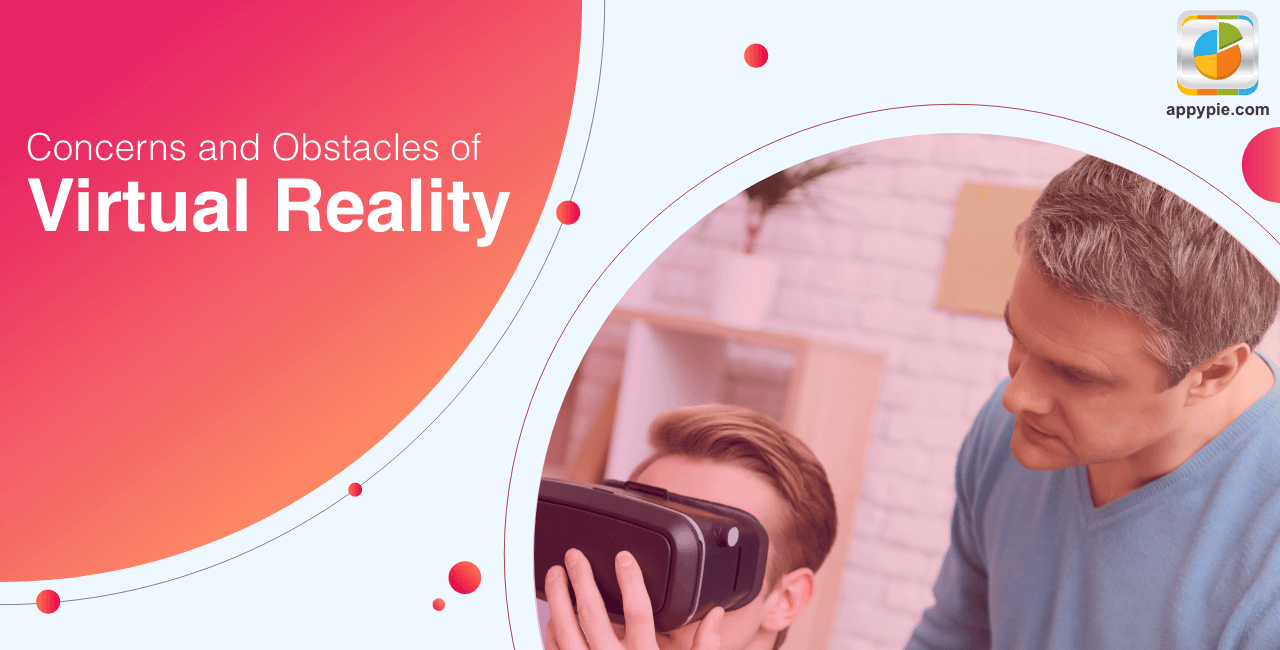 Motion sickness is a major issue of virtual reality. Users often report discomfort. One study reported that all 12 participants complained of at least two side effects. Nintendo’s Virtual Boy received much criticism for its negative physical effects, including dizziness, nausea, and headaches.

Virtual reality users remove themselves from the physical environment. This creates a risk that the user will experience a mishap while moving. Behavior in virtual reality may have lasting psychological impact when returning to the physical world. Companies are actively analyzing ways to reduce VR sickness.

The big challenges in the field of virtual reality are developing better tracking systems, finding more natural ways to allow users to interact within a virtual environment and decreasing the time it takes to build virtual spaces.

In spite of all the hindrances expansion of virtual reality will increase the potential and reduce the costs for information gathering of personal actions and responses.

Virtual Reality is still in its infancy and its early stages, it will be interesting to see how it evolves in the years to come as the technology is becoming cheaper and widespread. The expansion of VR technology will increase the potential and reduce costs. Availability of affordable VR devices will act as a major factor in fueling the growth of this technology. We can expect to see many more innovative uses of this technology in the future. Perhaps virtual reality will turn the word around and the way we communicate.

Do you know that Virtual Reality is one of the most common app development trends? You can learn about the other major ones in this post – 25 Emerging Mobile App Development Trends.