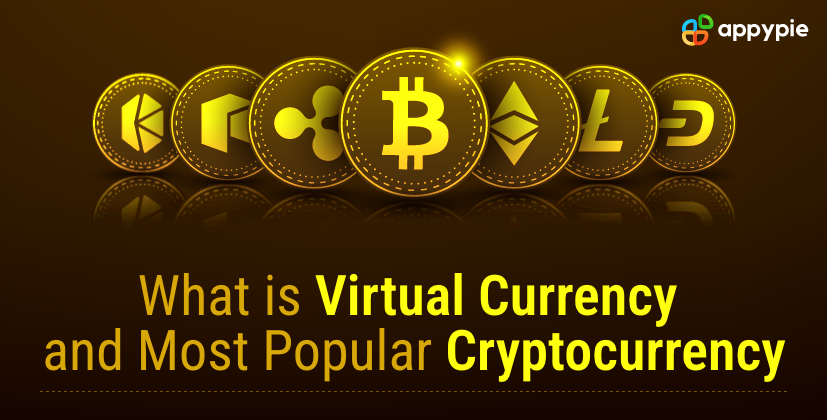 According to a report released by the Bank for International Settlements (BIS), the number of people who own virtual currencies has increased to more than three million worldwide. As per them, a growing number of people are using virtual money as an alternative to regular currencies and the trend would continue in the years to come.

What is Virtual Currency?

Virtual currency is a digital representation of value that functions as a medium of exchange, a unit of account, or a store of value, but does not have legal tender status (i.e., when tendered to a creditor, is a valid and legal offer of payment) in any jurisdiction.

All payments through virtual currencies are transparent and can be monitored on a blockchain. Blockchain is a shared public ledger where all transactions are recorded in real-time. The data being stored on the blockchain is protected with cryptography and validated by the network of computers that make up the blockchain network.

Bitcoin is one example of a virtual currency that has been in wide use since 2009. Bitcoin is a digital asset designed to work as a medium of exchange that uses cryptography to control its creation and management, rather than relying on central authorities. Bitcoin can be converted to fiat currencies, such as the U.S. dollar, or other cryptocurrencies, which can be exchanged back into U.S. dollars or other fiat currencies.

Virtual currency is a digital form of currency that is designed to work exactly like physical currency. It can be used to buy things or exchanged for other currencies, such as the standard U.S. dollar. The rise of virtual currency has seen it become an increasingly popular form of payment for goods and services online. Here are some of the biggest benefits of using this secure, easy way of paying:

While virtual currency holds many pros over traditional forms of payment, there are a few cons or drawbacks that go along with it as well:

Most Popular Types of Cryptocurrency

Cryptocurrency is a digital currency that is completely decentralized and uses peer-to-peer technology by means of cryptography, hence the name. There are over 100 different kinds of cryptocurrencies out there in the world, but only a few are “major” cryptocurrencies.

Below is a list of the top 5 most popular types of cryptocurrency in the world today.

With the advent of cryptocurrency and blockchain technology, the world is slowly but surely moving towards a decentralized economy. If you are someone who invests in cryptocurrency, then this year NFTs are the hottest trend.

NFTs are a new type of digital asset that can be used as a tokenized representation of any physical object on the blockchain. They can’t be duplicated or counterfeited. This means that each token is unique, just like a real-world object.

This lesson is a part of a more elaborate course on Academy by Appy Pie. To access the complete course, please Click Here.

Lately, NFTs have been attracting a lot of attention not only in the world of blockchain but also in the gaming industry. People are going crazy over NFTs and doing everything to get hands on some highly rated NFTs like NFT Squeezie, Bunny Buddies NFT, Wonder Pals NFT, Radhe Shyam NFTs, Kurtis Conner NFTs, and many others.

So, no need to rely on any other NFT programming tool, simply visit Appy Pie NFT Generator and make NFTs easily and efficiently, without any hassle.