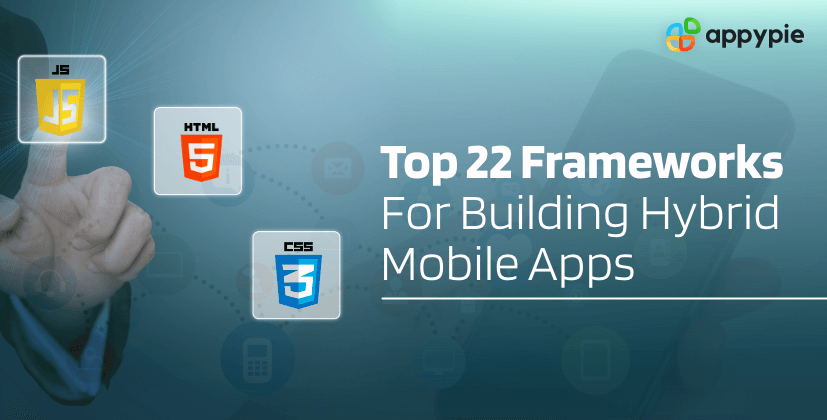 App development has come a long way over the years. A decade ago,making an app for a smartphone was a challenge that required hefty amounts of knowledge in both Java and XML. The evolution of apps OS and the technology surrounding it has made development of an app significantly easier.

2019 was the year when app frameworks were no longer an alternative but rather a genuine proposition for app development. Slowly and steadily, the industry is moving away from traditional app development and switching to framework-based development.

2019 was a major disruption year for mobile app development as many popular framework creators released stable builds for their mobile app frameworks. App development businesses and app developers around the world are currently spoilt for choice. Thanks to the abundance of frameworks available in the app market!

However, to make it easier to choose the perfect app framework, we’ve compiled a list of the 22 best app frameworks for you. Here are the top 6 for this year. 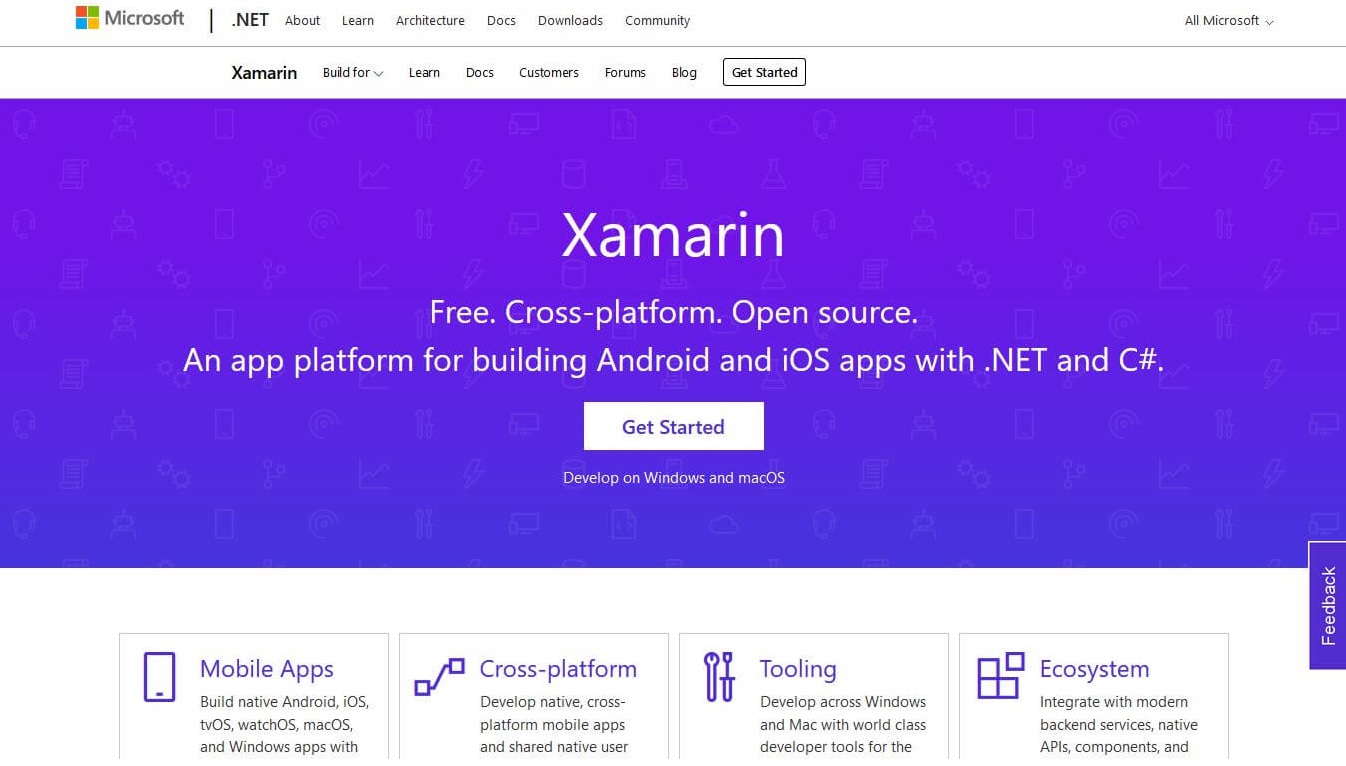 Xamarin uses C# language for coding all apps. Coding in Xamarin is similar for all app platforms. C# coding allows Xamarin to use .Net features and leverage native API access for its apps. 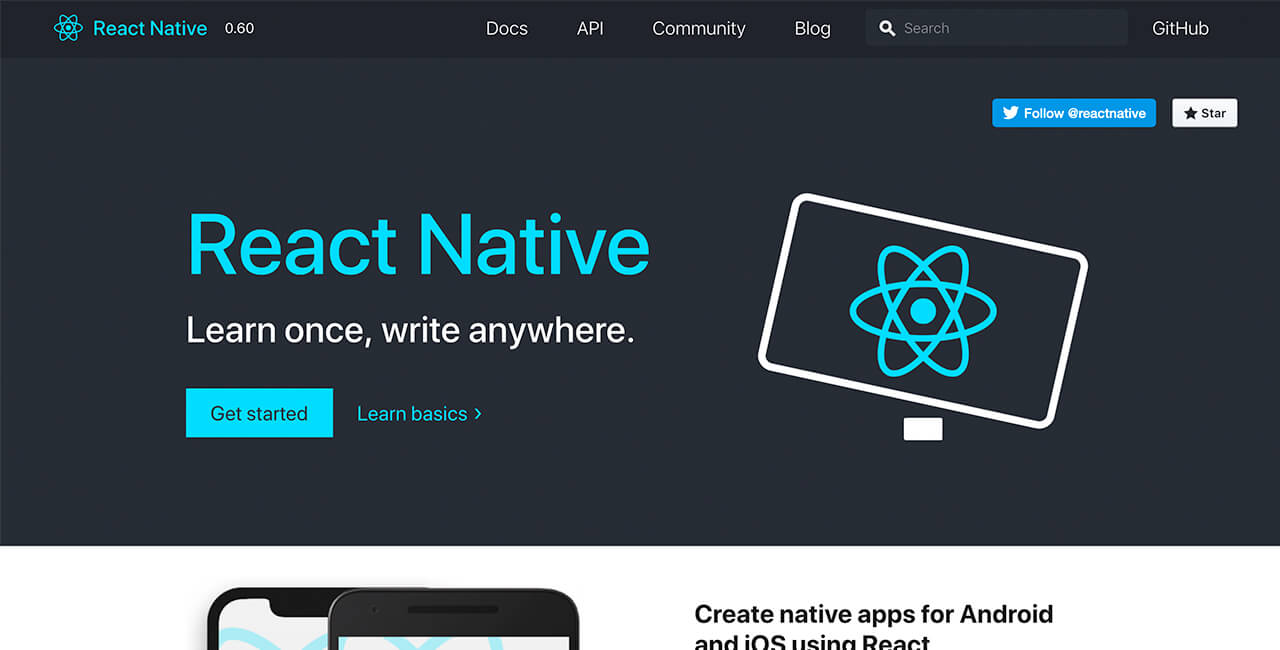 Apps are created in React Native by combining procedures of native app development and interface development with JavaScript serving as the coding language. Just like Xamarin, React Native can use native device APIs for providing excellent functionality.

Originally known as Phone Gap, Apache Cordova was originally created by Nitobi in 2009. One of the older app development platforms, it was extremely popular in limited circles as PhoneGap. Adobe acquired PhoneGap in 2011 and renamed it to its current name. Cordova, however, had a limitation that dictated using a Mac for developing apps for iOS and Windows for windows apps. 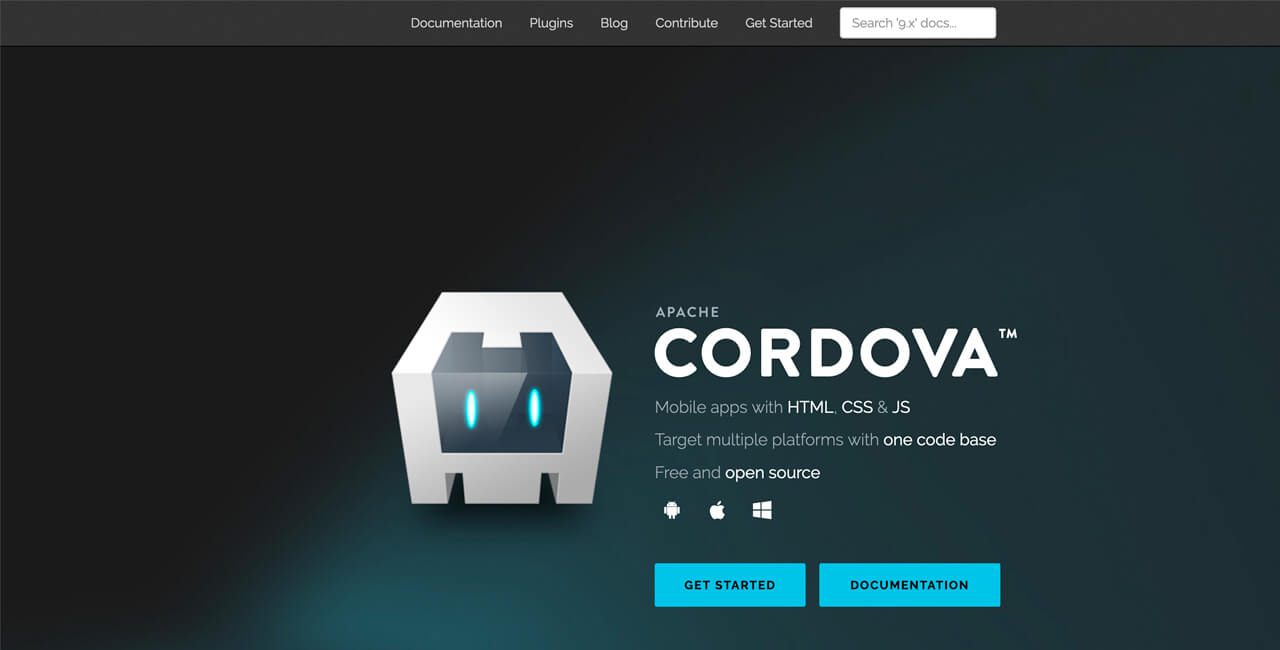 Current versions, however, support the cross-platform app builds thanks to what Adobe calls a ‘cloud compiler’. Cordova uses CSS and HTML5 for rendering source code and JavaScript for code logic. The code then passes through the ‘cloud compiler’ which, in turn, generates the app.

Flutter is what you would call a true future proof hybrid development platform. Released just over a month ago in July, it is Google’s behemoth answer to the hybrid app industry. While it is still new, saying that it will be a new benchmark is an understatement. 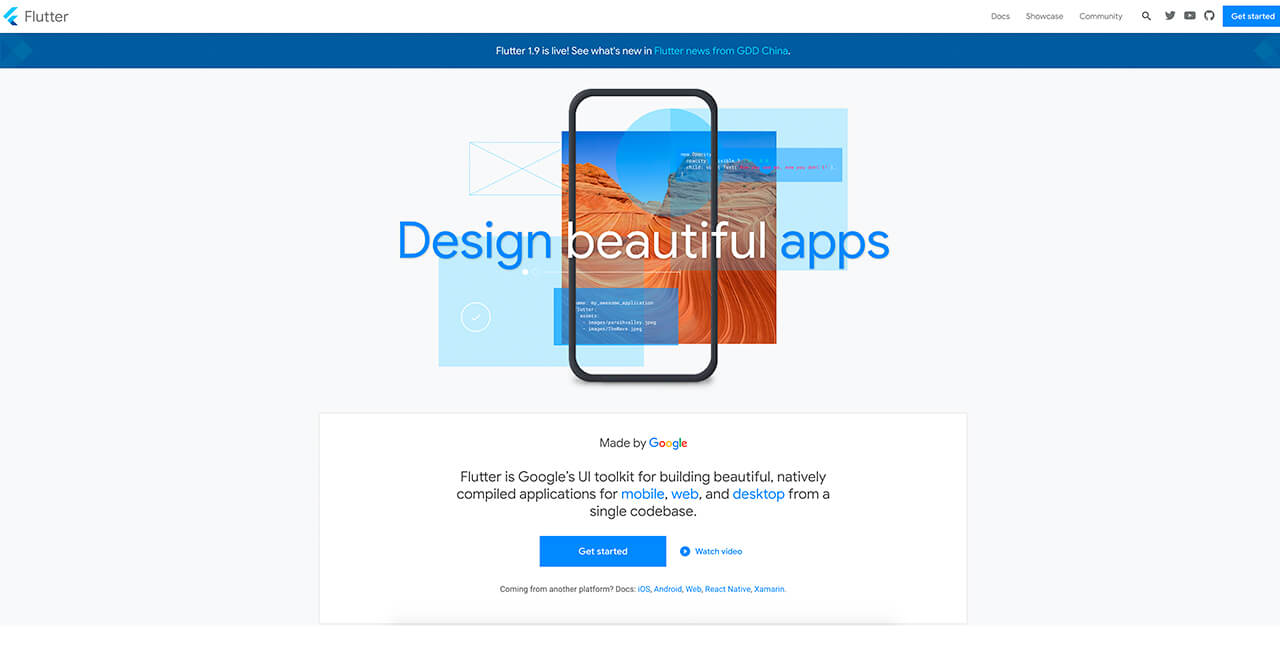 Designed specifically for Google Fuchsia, Flutter’s championing feature is that it can be used to create apps for all platforms using a single codebase. Flutter works on its own programming language called DART, which happens to be a combination of Java & Kotlin. 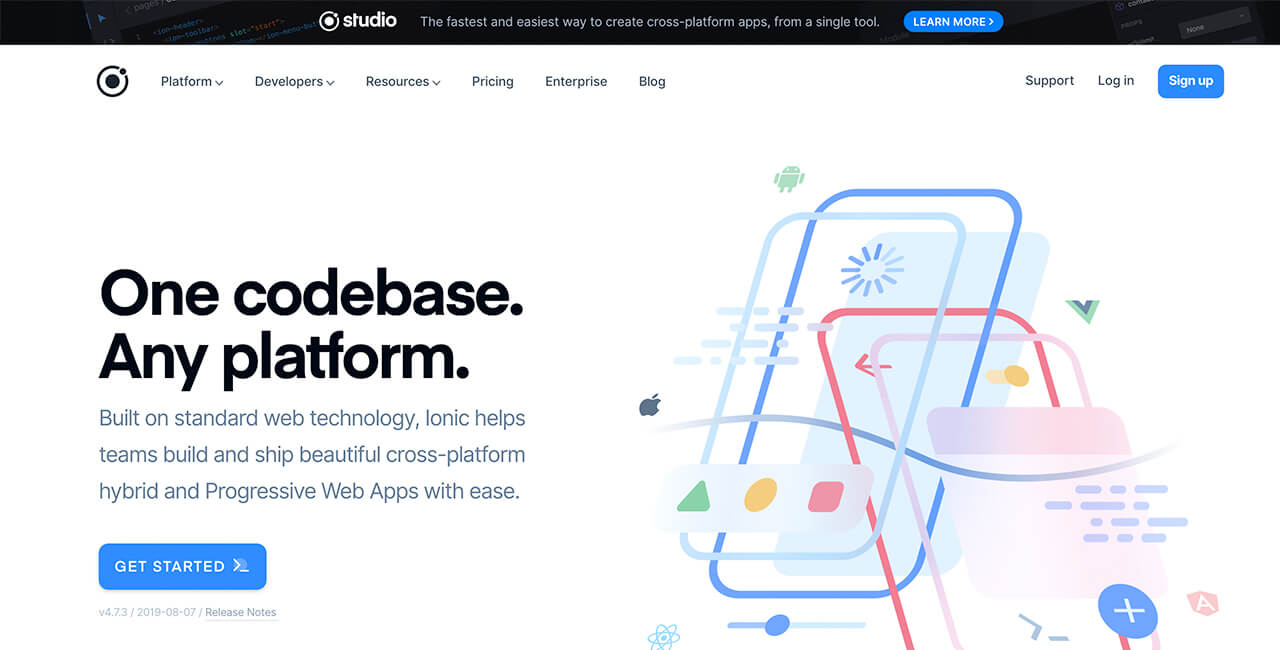 Ionic provides cross-platform development with specific UI elements for each platform. Ionic is an npm module and requires Node.js installed in a JavaScript ecosystem. 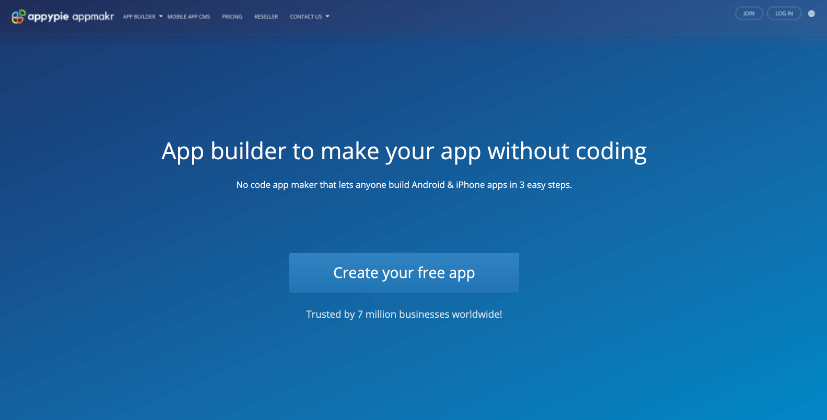 Appy Pie AppMakr provides an intuitive UI and over 200+ features to help you create the perfect mobile app for your business.

Other Platforms to Consider

While the platforms given above were stellar this year, they are not the only ones in the market. They were the best for the year and maintained a good reputation among developers this year. The app frameworks given below are their true competition. While they aren’t as good as the top 5 for 2019, they are extremely good in their own right and can hold their own against the big 5.

Some of these frameworks are fairly new so they will take time to reach their true potential. Do check them out if you want an alternative to the popular ones and want a particular feature lacking in the top 5. You might just find the one that fits your needs perfectly. 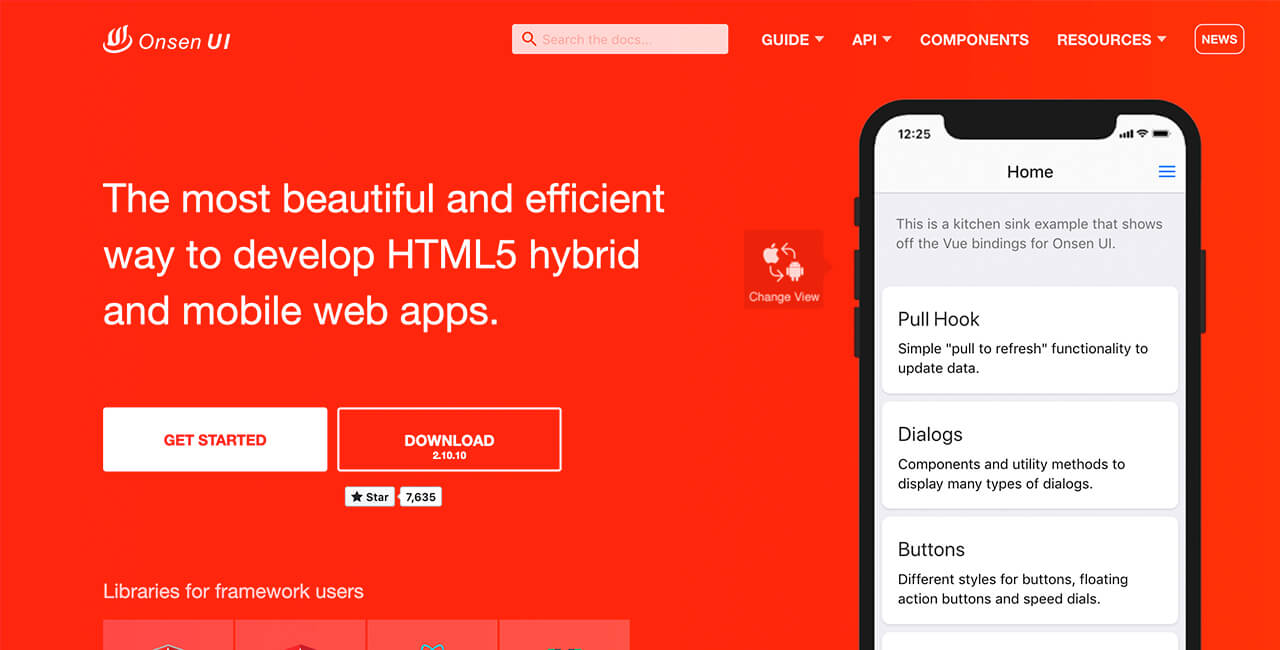 2) Framework7: Framework7 is a very popular HTML5 based hybrid app development platform. It is one of the best frameworks for prototyping. It is completely free and open source. 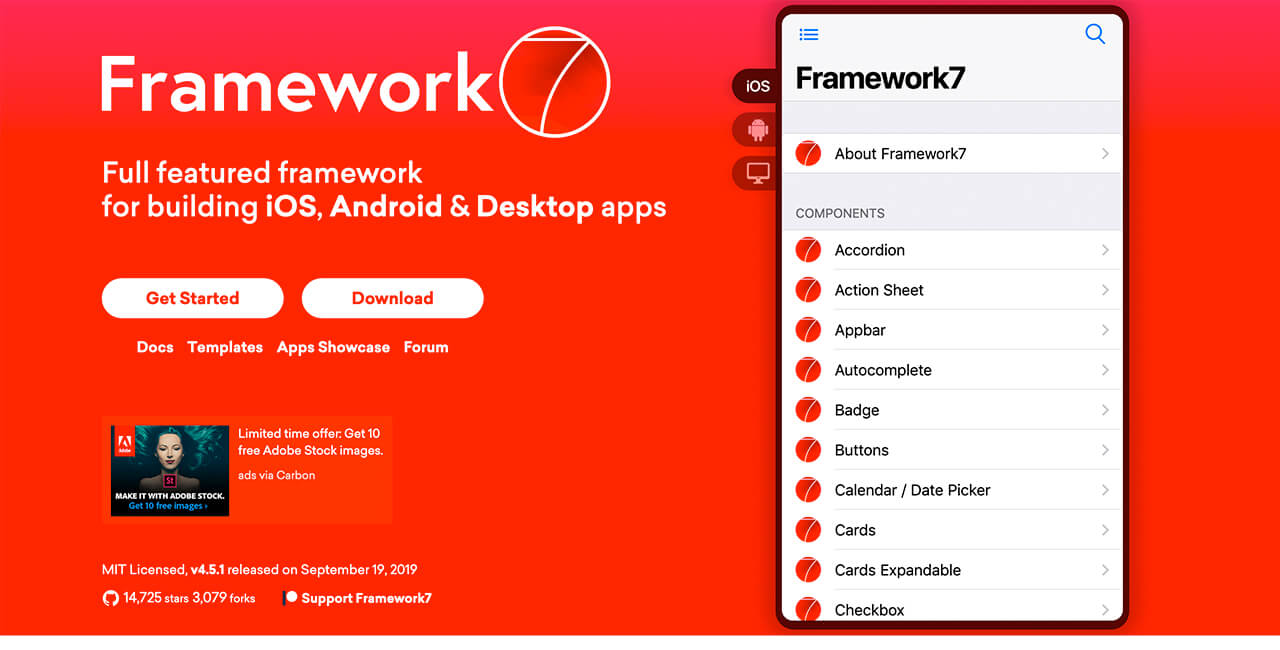 3) Appcelerator Titanium: It is run through a Titanium SDK and uses a Javascript codebase. One of the older development platforms. 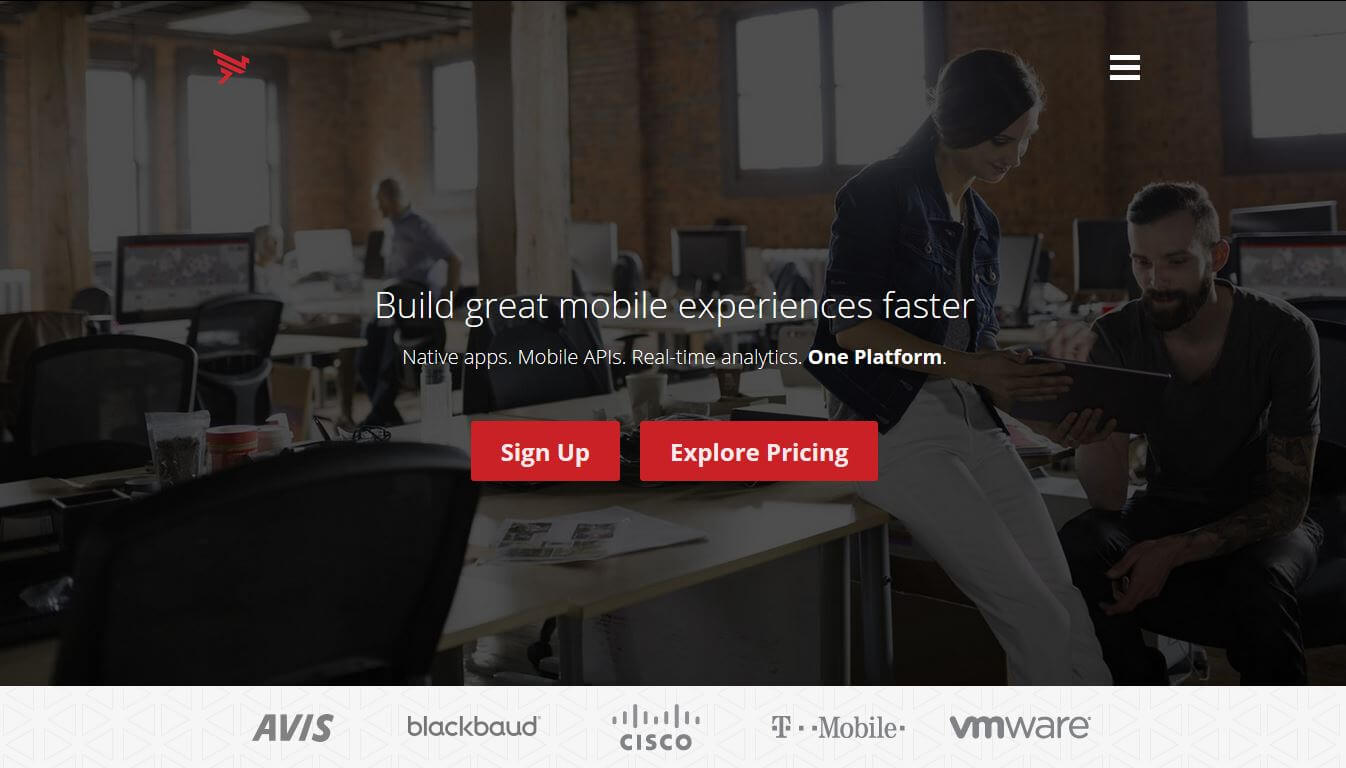 4) Mobile Angular UI: It works by combining AngularJS and Bootstrap into one package. 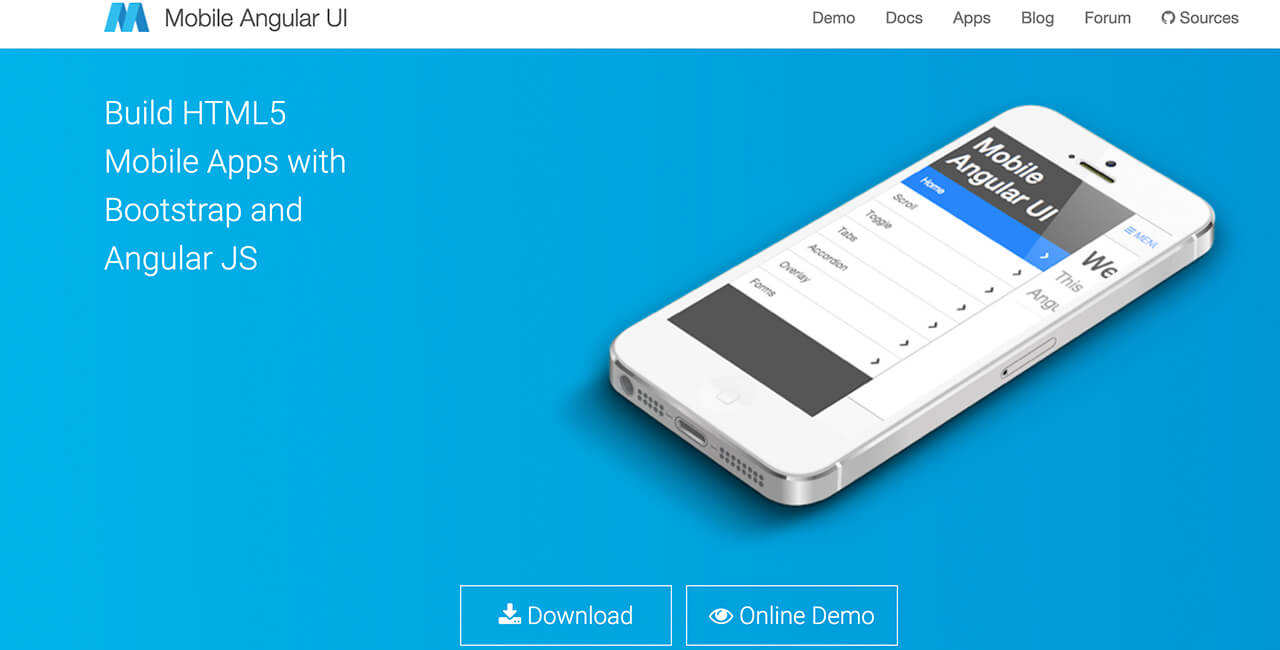 5) NativeScript: Nativescript is slowly gaining popularity. First released in 2014, it is a fairly advanced app development platform. While it lacks the popularity of others, it is a solid cross-platform development software. 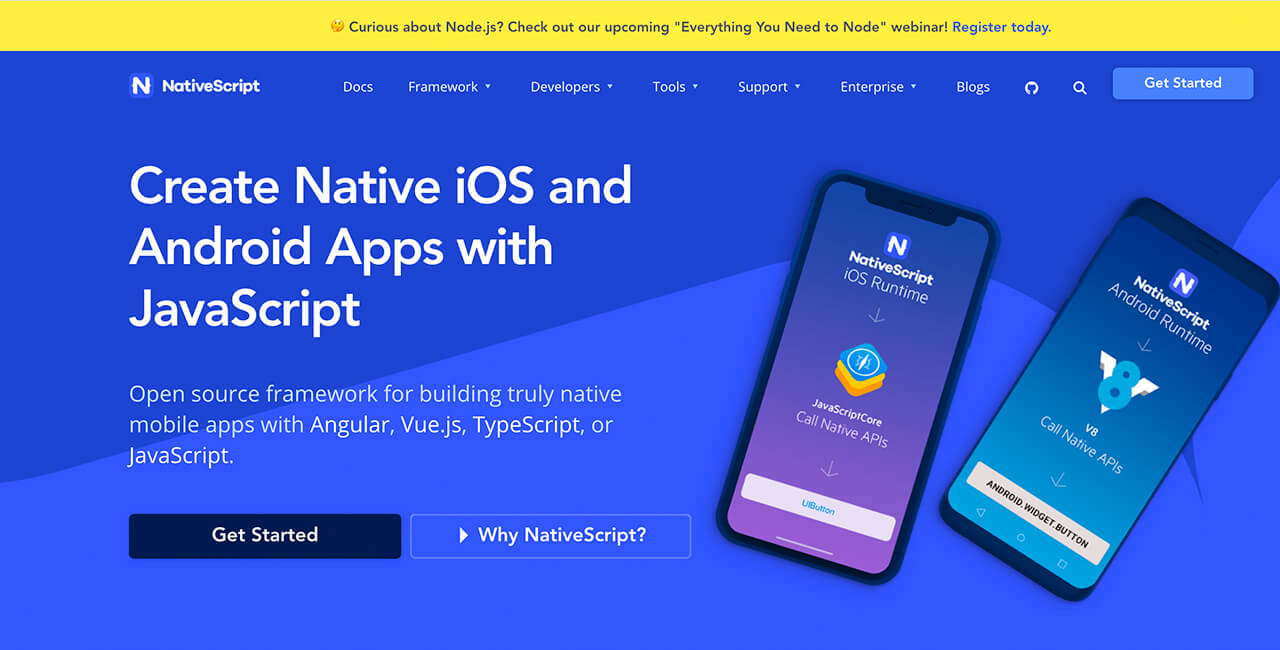 6) Firebase: Firebase is a web development platform acquired by Google in 2011.  It uses JavaScript and is used for over 1.5 million apps in the market. 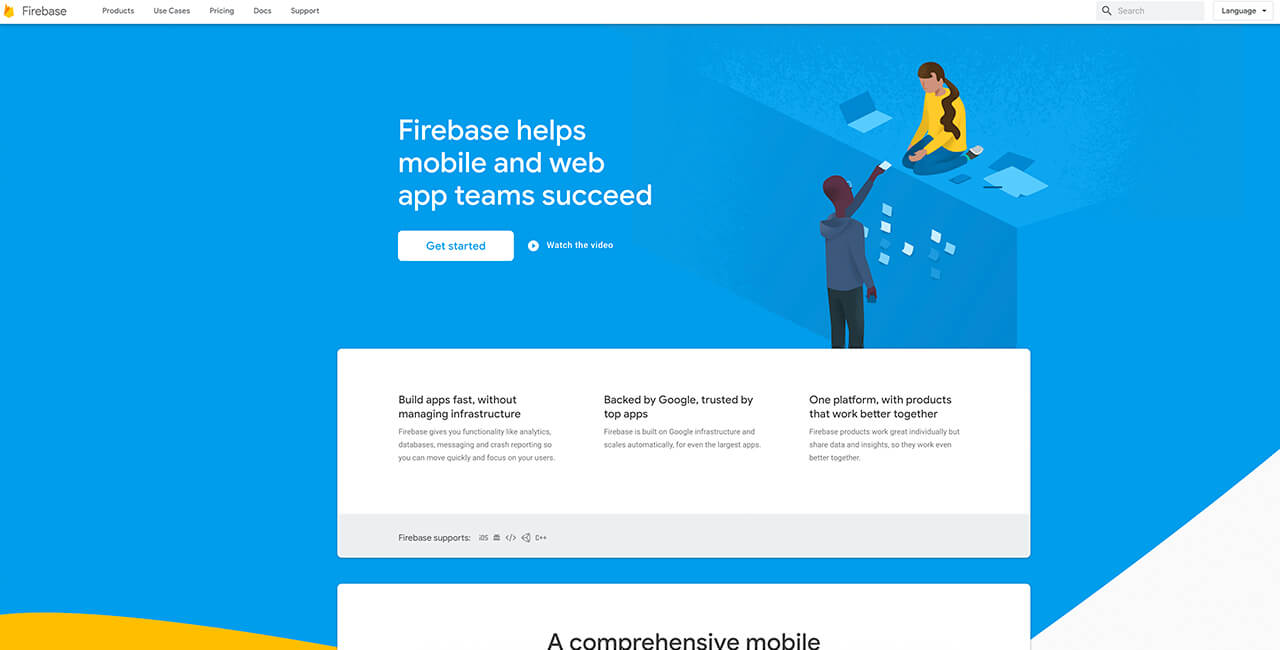 7) jQuery Mobile: jquery is less for app development and more geared towards the shell of the app. While it is not recommended on its own, it can work in conjunction with other frameworks. 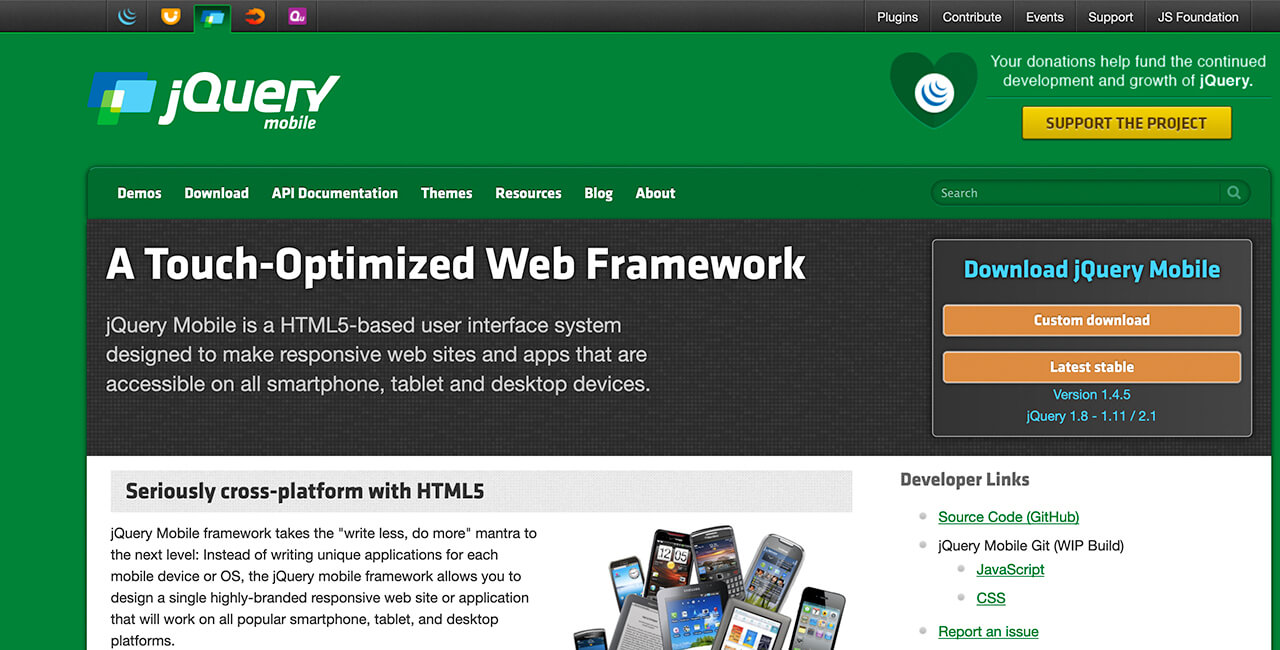 8) Sencha Touch: Sencha Touch is one of the older development platforms. It gives great support for a wide variety of operating systems. 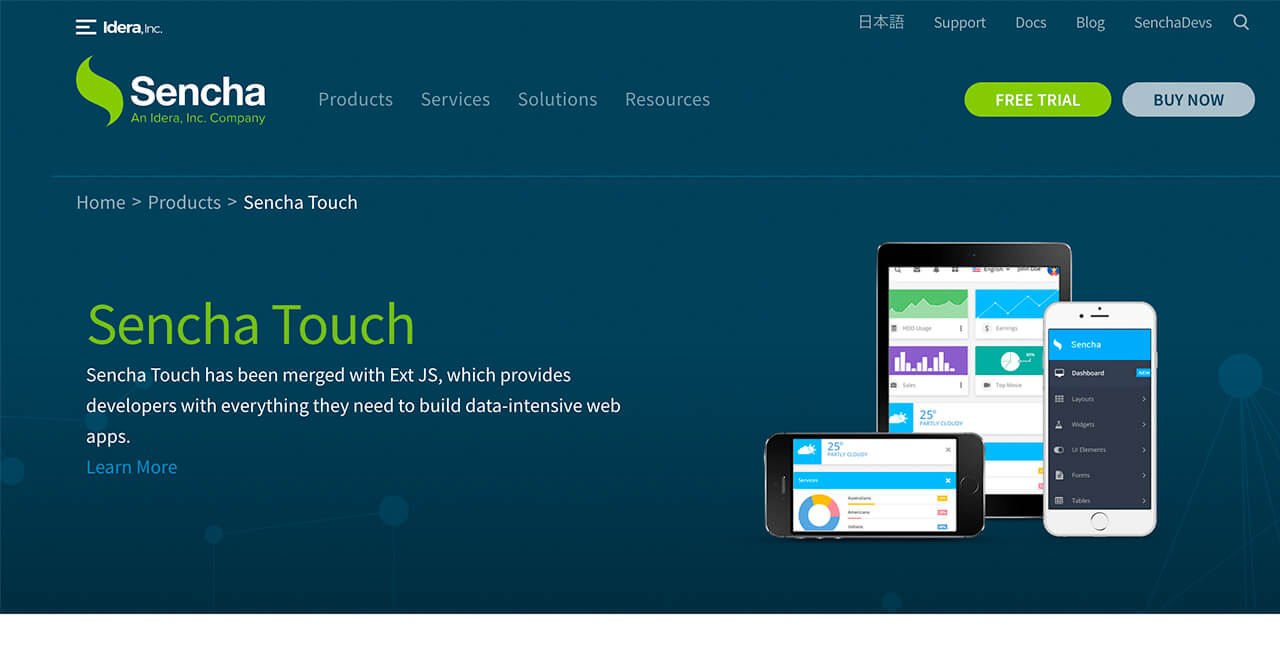 9) Ruby On Rails: While prefered for web apps, Ruby on Rails framework can be used for mobile apps, although it will need a shell framework to be published to app stores. That being said, it can work as a tool for developing apps in conjunction with other frameworks. It is owned by MIT. 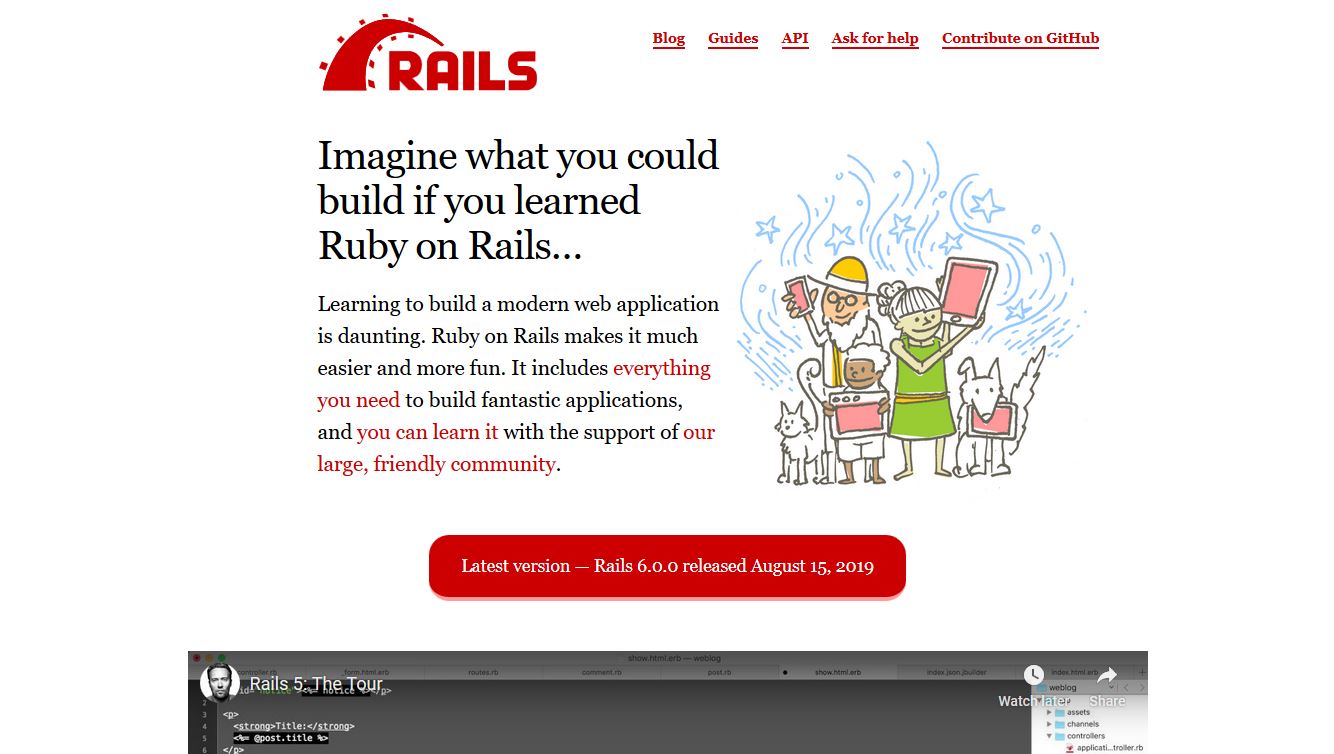 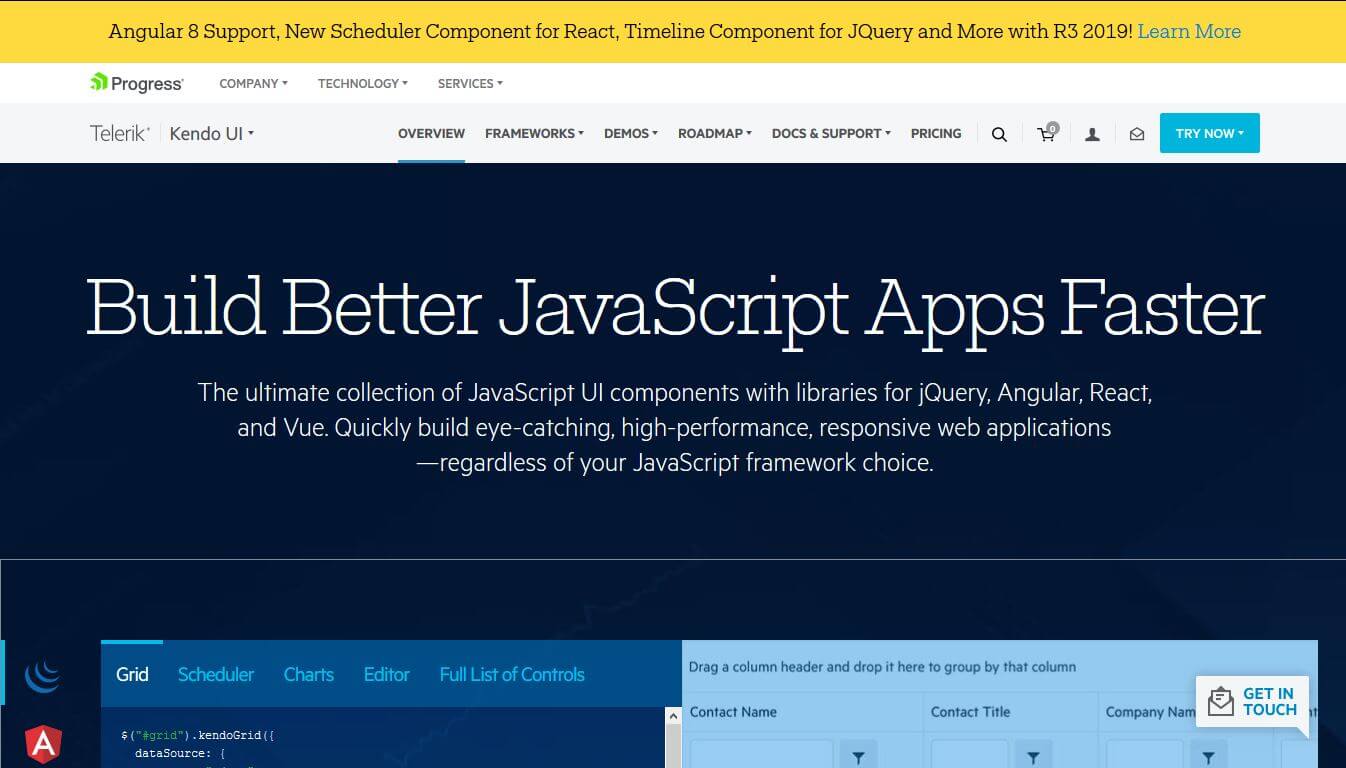 11) Longrange Studio: Quite an obscure app development platform, it claims the ability to make native apps. Weirdly enough, it uses COBOL as the coding language. 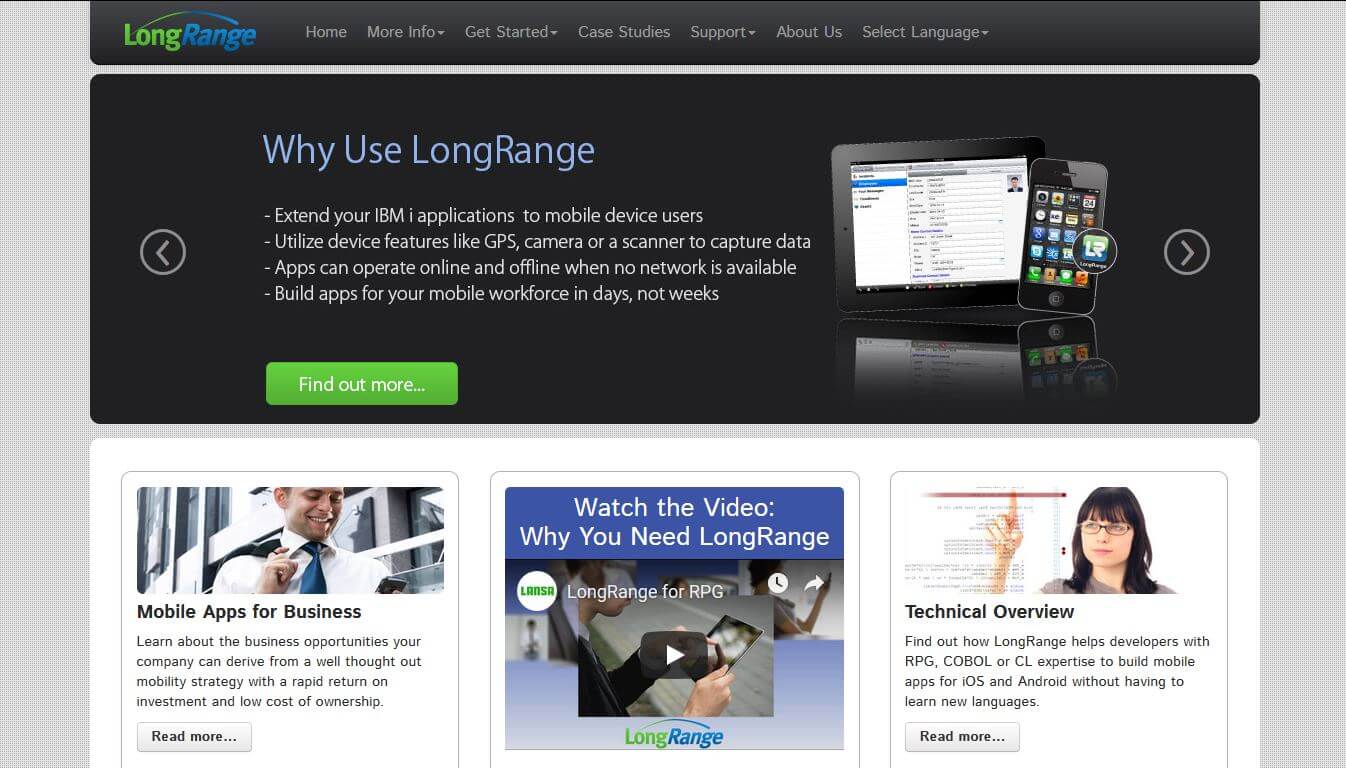 12) Alpha Anywhere: Alpha anywhere is a low code app development software. It provides excellent features for a low code development platform and deserves its place among other frameworks. 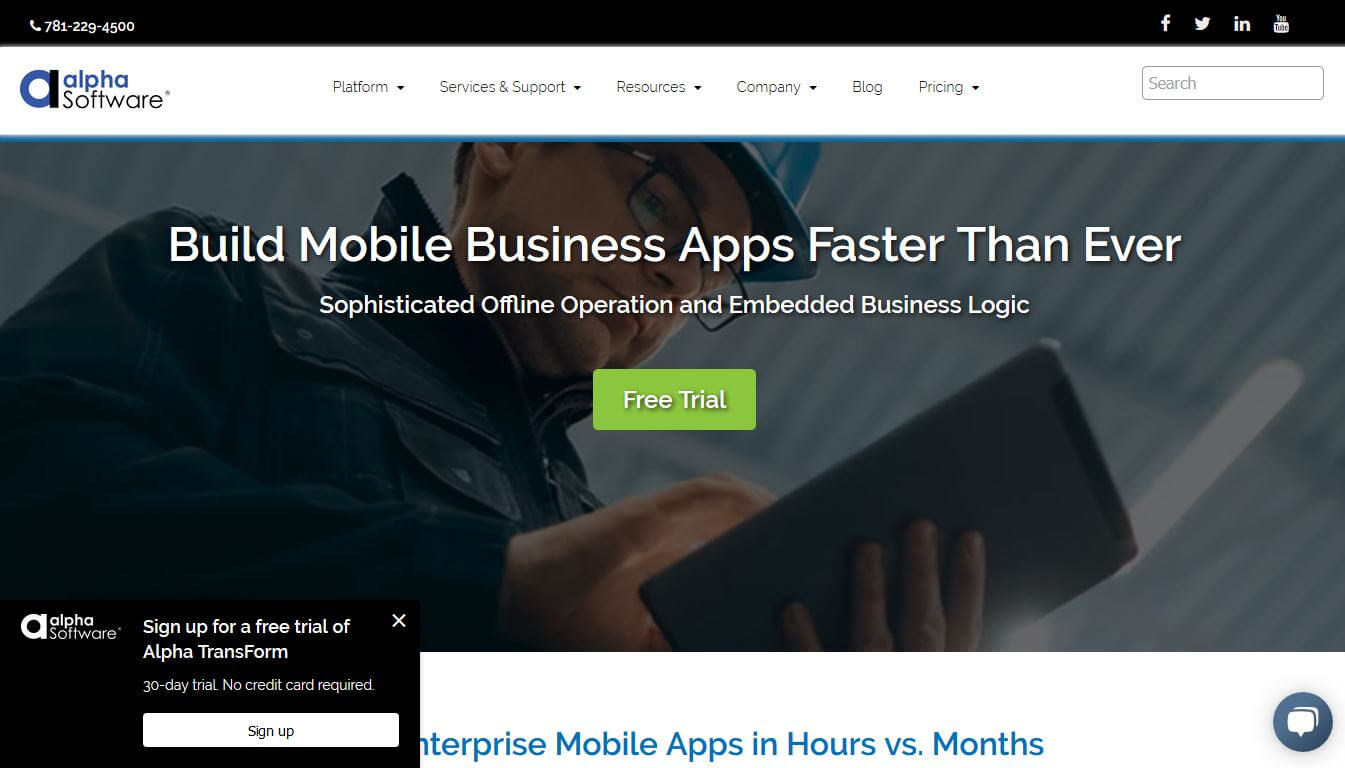 13) Swiftic: Swiftic, unlike others on this list, is dedicated to making apps for the iOS. It provides existing tools to the developers who can use it to create efficient apps for their businesses. 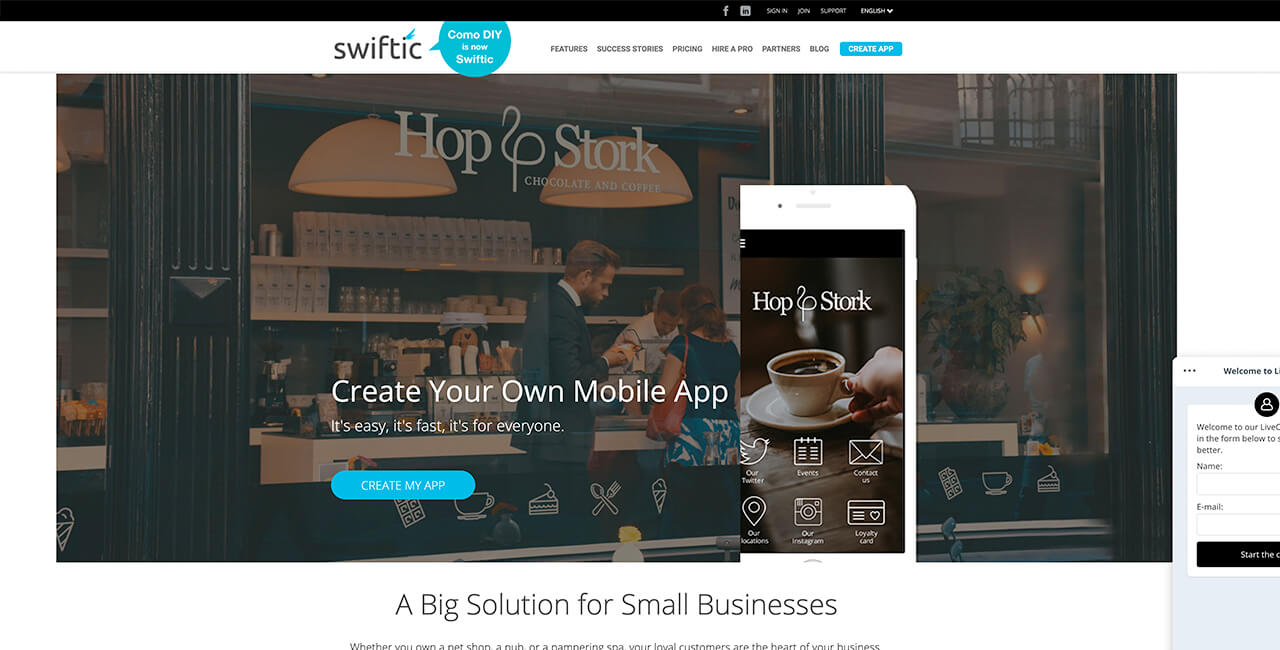 14) Qt: Qt is free and open-source cross platform software that uses widgets for the creation of apps. 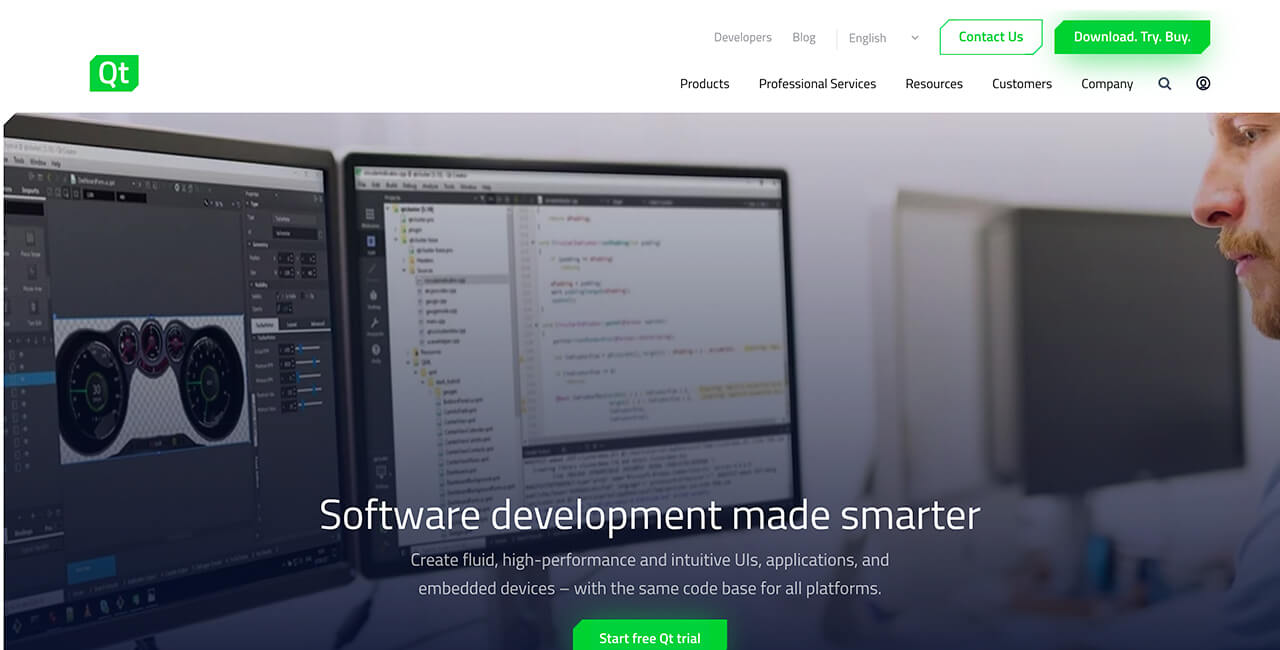 15) VuForia: VuForia is specialised app-building framework and development kit. Apps made on VuPhoria are made for AR(Augmented Reality) based apps. It is one of the best in the market for creating an AR based app. 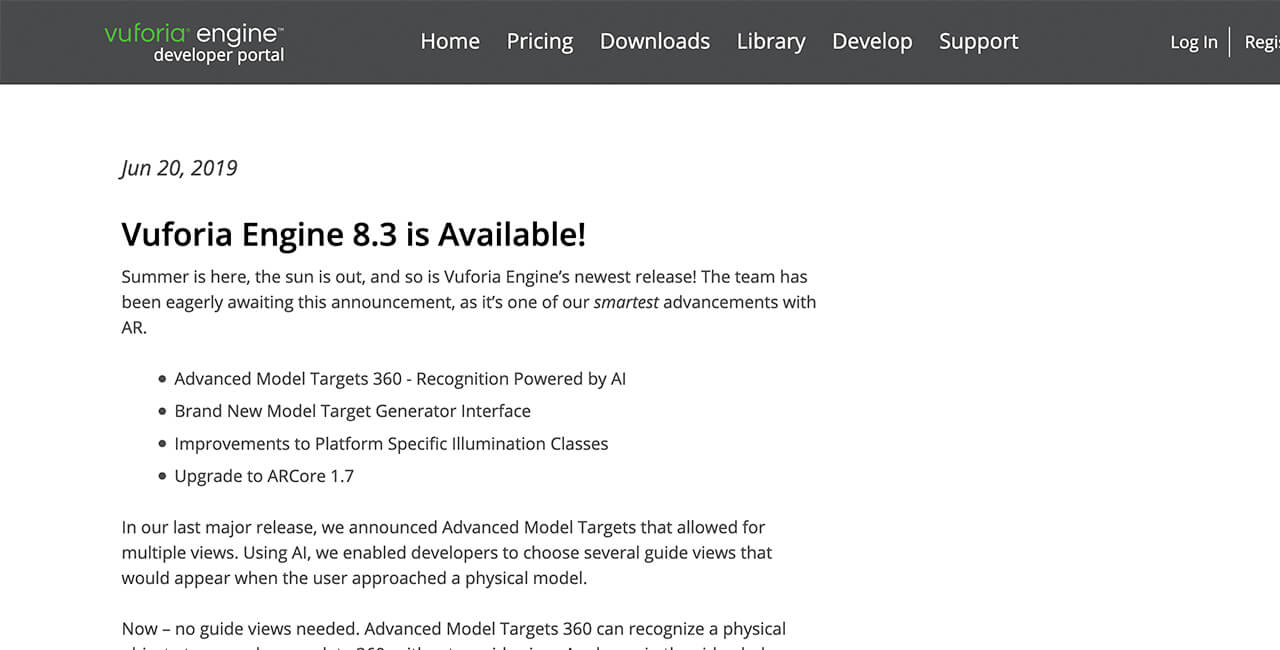 16) Adobe Air: One of the latest releases in the field of hybrid app development. Adobe Air is Adobe’s answer to a hybrid framework. 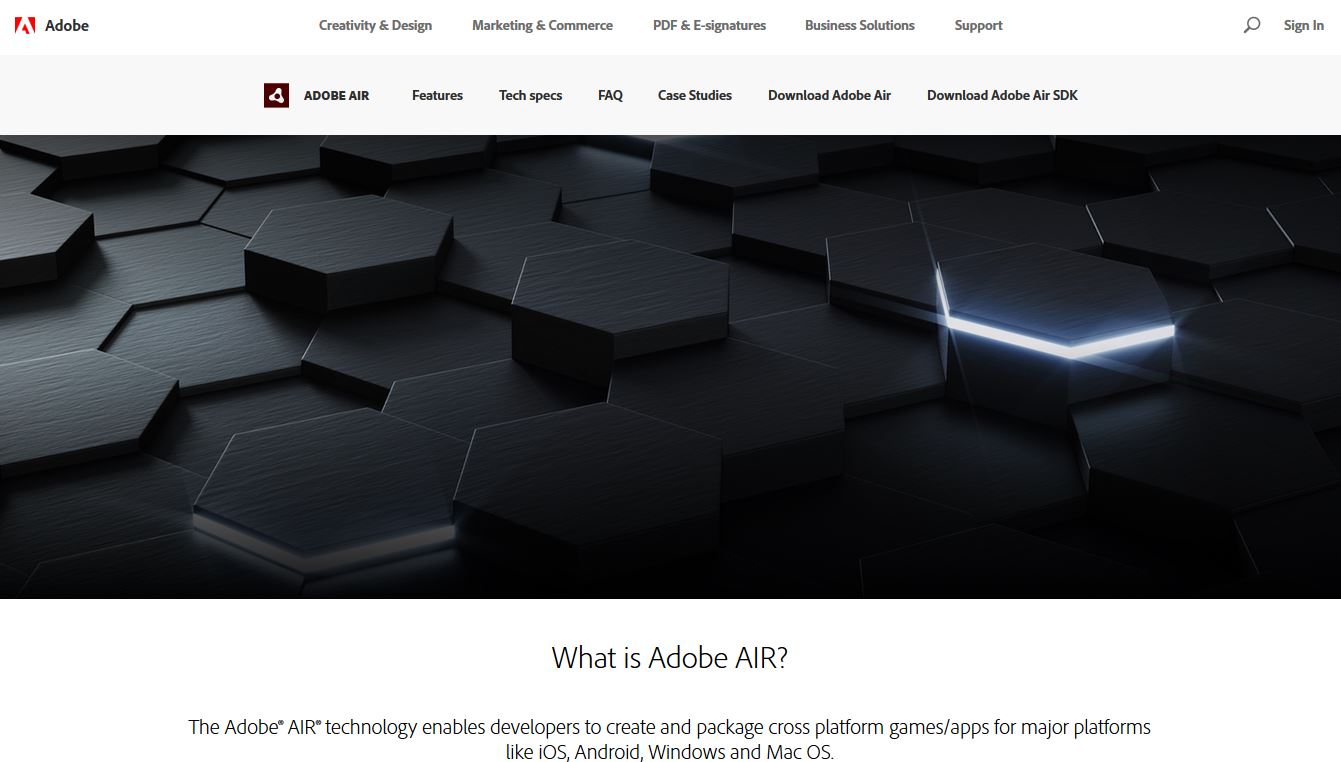 The importance of app frameworks is unmatched. With more businesses needing mobile apps, these frameworks will continue to grow and thrive becoming more impressive with time. The future of app development looks bright and both low-code and no-code are leading this charge. These app frameworks can help meet your app making demands. They could help you create the perfect app for your business.

For your first app, we recommend you try out Appy Pie AppMakr. It’s easy-to-use interface and no code framework can help you create a mobile app in a few easy clicks. Try it out today!

Leave us a comment and tell us which one is your favorite app framework and why!