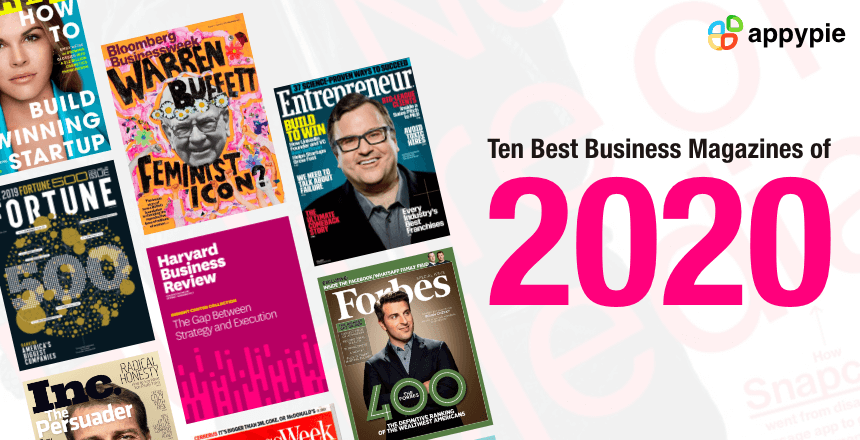 The widespread influence of the Internet and Social Media platforms has impacted the print media business across the world. Newspapers and magazines are among the major forms of print media. It has been observed that the circulation of newspapers has fallen to some extent, whereas magazine readership has grown over the past few years. Magazine has its own style and focus. There are different types of magazines such as films, fashion, sports, technology, and business, etc. The business world is highly competitive and there are millions of people who are hungry for business news. There are many ways to quench your insatiable thirst for business news, attain specific knowledge, and gather market information. However, business magazines have their own space among the readers.

HBR licenses its content for publication in thirteen languages other than English. 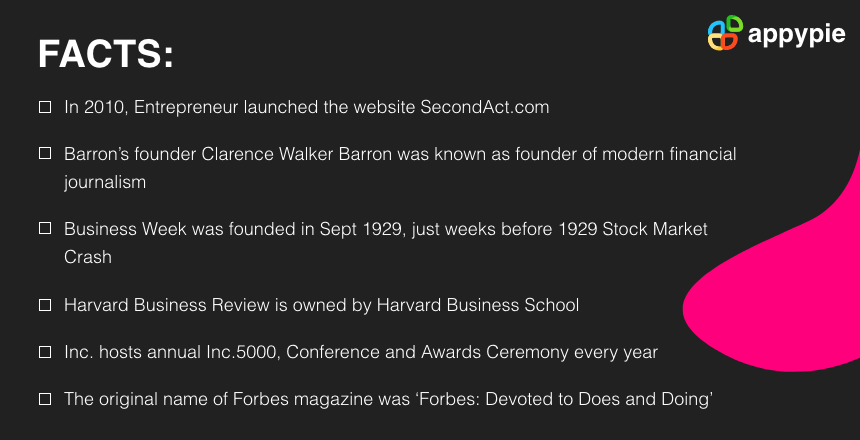 Entrepreneur publishes books in its Press and has a backlist of over 200 titles on business and entrepreneurship.

Forbes has been publishing the Forbes Travel Guide since 2009.

Forbes is an American business magazine, founded in 1917 and is published bi-weekly. It features articles on finance, investment, technology, communication, etc. Forbes is popular for its rankings and lists like Richest Americans, World’s 100 Powerful Women, 100 Top Billionaires, and World’s Top Companies leading to inspiration for the readers. Forbes was originally founded as ‘Forbes: Devoted to Doers and Doings’ by B. C. Forbes, a financial columnist, and his partner Walter Drey, who was the general manager of the Magazine of Wall Street. Forbes’s web site was founded in 1996 by David Churbuck. In July 2014, the Forbes family sold a 51 percent majority stake of the company to a Hong Kong-based investment group, Integrated Whale Media Investments. Being one of the best business journals Forbes on January 6, 2014, announced the launch of its app named Stream. 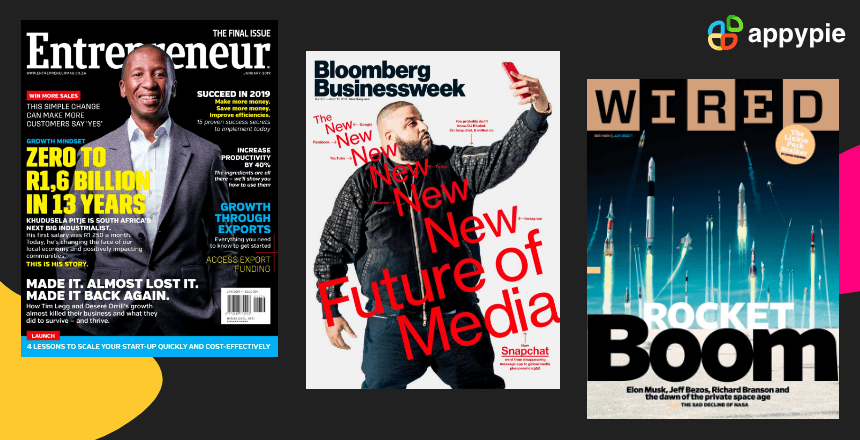 Wired contributor Chris Anderson is known for popularizing the term the long tail.

Wired is an American magazine, published monthly with an editorial that focuses on how technology affects politics, economy, and culture. It is dedicated to science, security, transportation, and culture. Wired founded in March/April 1993 with its headquarters in San Francisco, California has print and online editions. The magazine was responsible for coining the term crowdsourcing. It was founded by American journalist Louis Rossetto and his partners Jane Metcalfe and Ian Charles Stewart. From 1998 to 2006, Wired magazine and Wired News had separate owners. Condé Nast was responsible for reuniting the magazine and its website after it bought Wired News in 2006 for USD 25 million.

Fast Company was named by the American Society of Magazine Editors as the magazine of the year in 2014.

Fast Company is an American business magazine published in print and online. Fast Company covers aspects like innovation in technology, design, business, and leadership. It was launched in November 1995 as a monthly magazine. In the year 2000 Fast Company was sold to German publishing house Gruner + Jahr and later in 2005 to Mansueto Ventures the present owner. The Fast Company hosts Innovation Festival in New York City every year since 2015. The magazine’s website FastCompany.com was launched in 1995. Fast Company has several franchises such as “Most Innovative Companies”, “Most Creative People”, and “World Changing Ideas”. The website FastCompany.com was also launched in 1995.

Whether you have an insatiable thirst for business news or you are considering a detailed analysis of ranking and lists, there is nothing to fear now. This list has probably widened your knowledge of business magazines available has broadened. The list will help you choose the best magazine that suits your needs. Reading business magazines are worth since they provide you information about business trends and success stories of entrepreneurs.