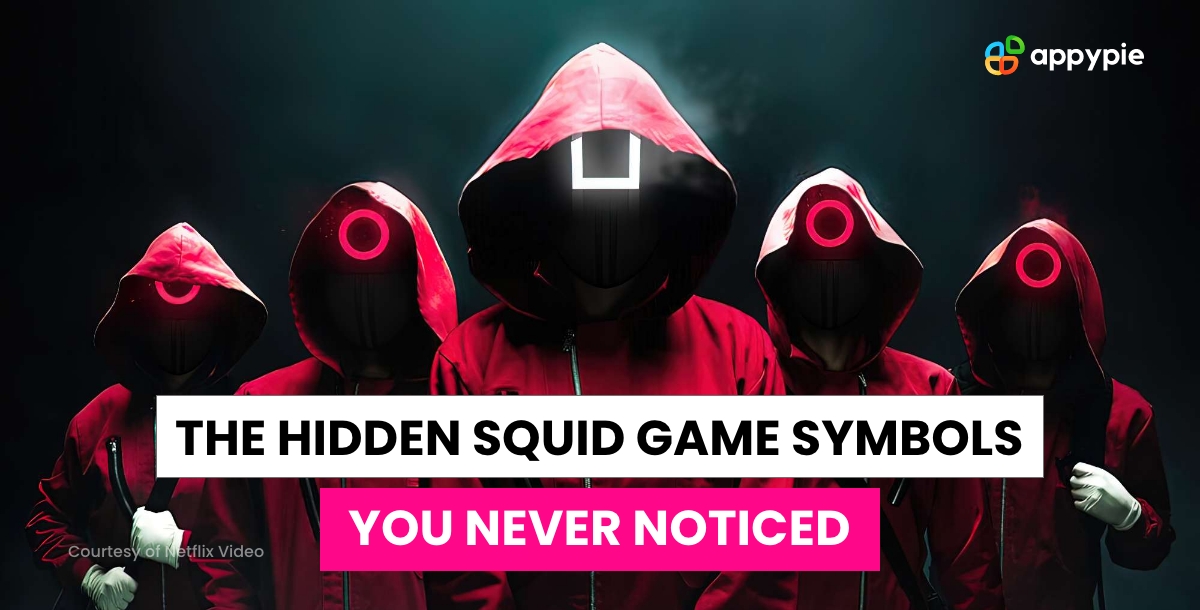 Squid Game is a Korean series available on Netflix since September 2021. Since the series launched, it has taken the world by storm. Though many people have been glued to the show, they haven’t paid much attention to its capitalism and the evaluation of modern society. The show is known for its thrilling plot, and the Squid Game symbol got equally popular.

A Little Background of the Squid Game Series

The series consists of nine episodes directed by Hwang Dong-hyuk. The series tells the story of certain people who participate in a mysterious survival game. This survival drama series has gained a massive fan following and the utmost popularity across the globe. 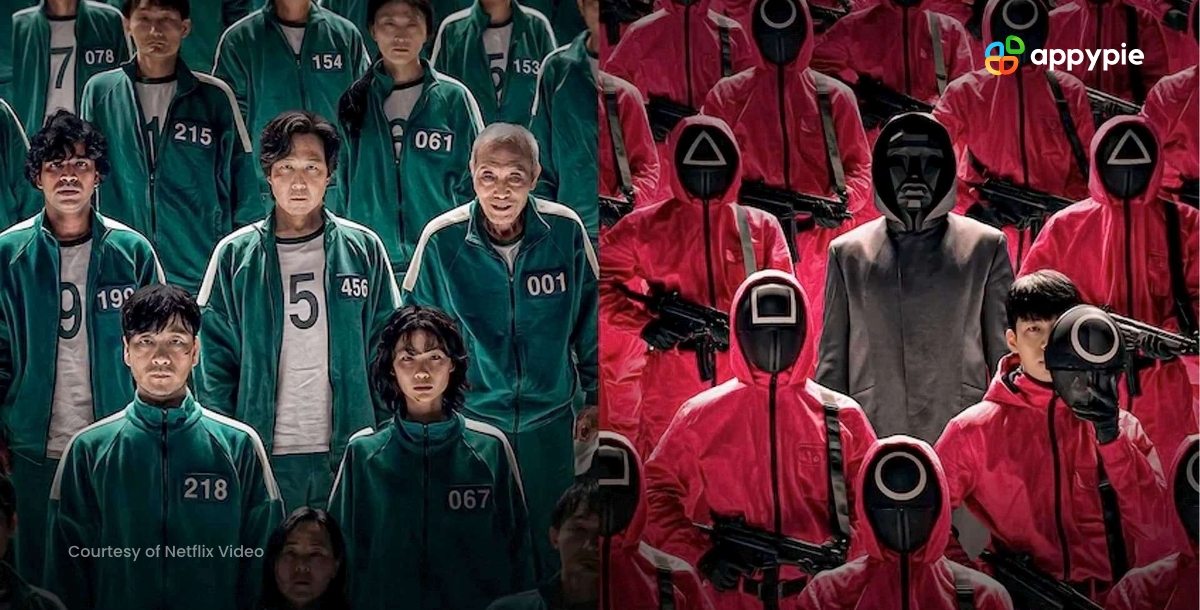 This is a puzzling story of 456 participants who become contestants in a survival game. They have to play a few traditional kid’s games but include some fatal twists and turns. In the show, all the participants are forced to put their lives at risk in order to win the game prize. And what makes it even more thrilling is that only one can have it.

The series is a dizzying story about the extent to which people are willing to go despite fearing death. In addition, the series further unveils a lot about psychological issues that exist in modern society.

Many tried to quit initially, but after witnessing a dozen deaths in the first game, they soon learned there was no turning back. It is one of the most violent series on Netflix, which has become the viewership leader.

But where did the series get its name, Squid Game, from? The concept of each game in the series came from some popular kid’s games between the 1970s and 80s. The director of the series would play such games during his childhood. The kids used a stick to draw geometric shapes such as triangles, circles, and squares on the ground. So, the playfield resembled a giant squid, and those geometric figures eventually became the visual identity for the Squid Game show.

As far as the Squid Game logo is concerned, it is inspired by the geometric figure with pink and white text against a background black in color. In the original version of the Squid Games logo, the alphabets are arranged at certain levels, which hints at the Squid Game hierarchy. 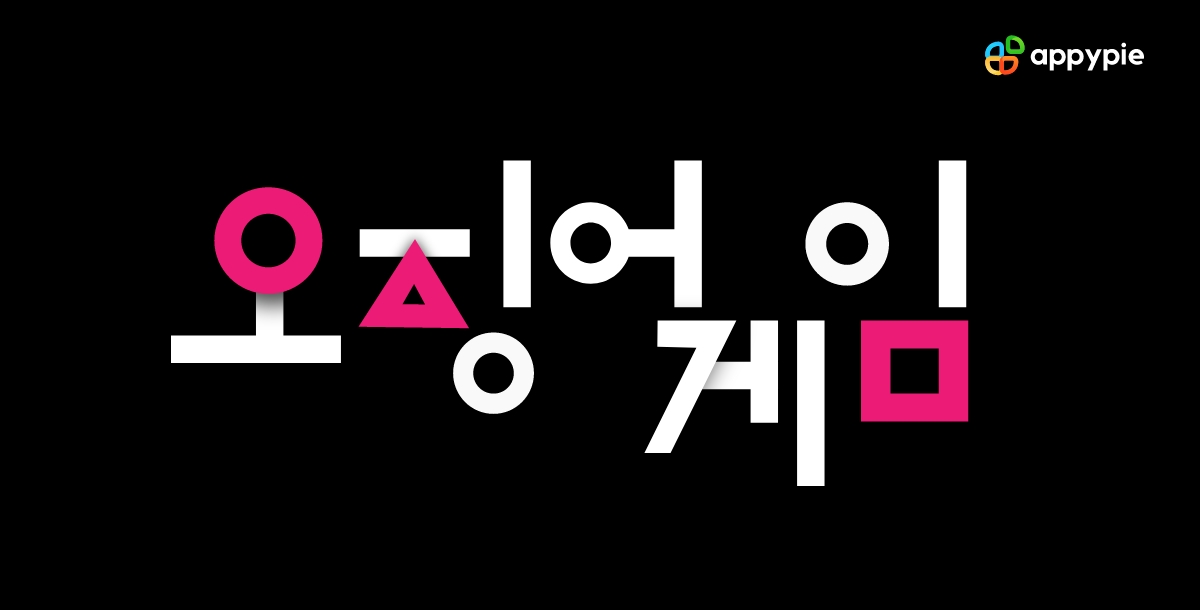 Whereas, in the English Squid Game logo, there’s a linear text that keeps the logo faithful to the original concept of the series. So, for example, the name ‘Squid Game’ is written in geometrical figures in two lines. 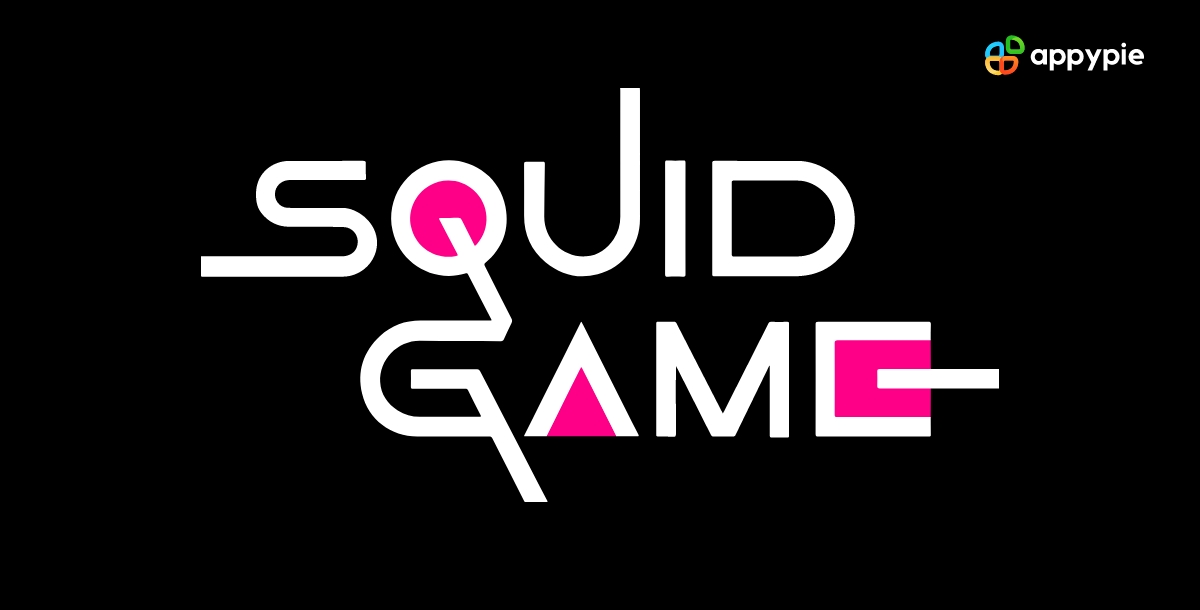 When it comes to Squid Game font, it actually plays a significant role in terms of making the logo stick in the mind of people. For example, the geometry figures include a circle in ‘Q,’ a pink square in ‘E,’ and a triangle in ‘A.’ It also has extended lines in a few letters and a good balance between round and sharp elements.

The show relies heavily on two primary colors, i.e., green and pink. And this eye-grabbing combination got some reason for which the designers opted for it. Green and Pink are complementary shades opposite each other in a color wheel. So the contrasting palette actually emphasizes the sharp difference between all the characters, representing the fundamental metaphor. 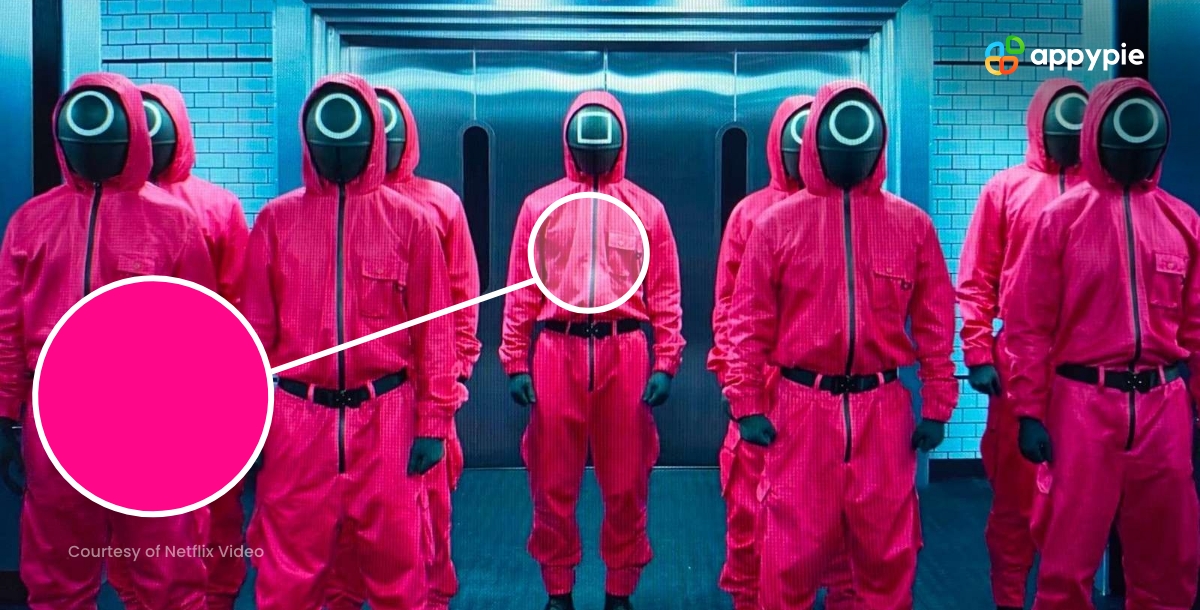 It is one of the dominant Squid Game colors in the show. You will find this shade literally everywhere in the drama. The color is present in the Squid Game logo; also, the guards in the show are wearing the same color. Like the guards wearing it, Pink is the color in the show that determines the rule. On the one hand, the color is associated with infantility and romanticism, whereas on the other, this shade also evokes anxiety and tension. 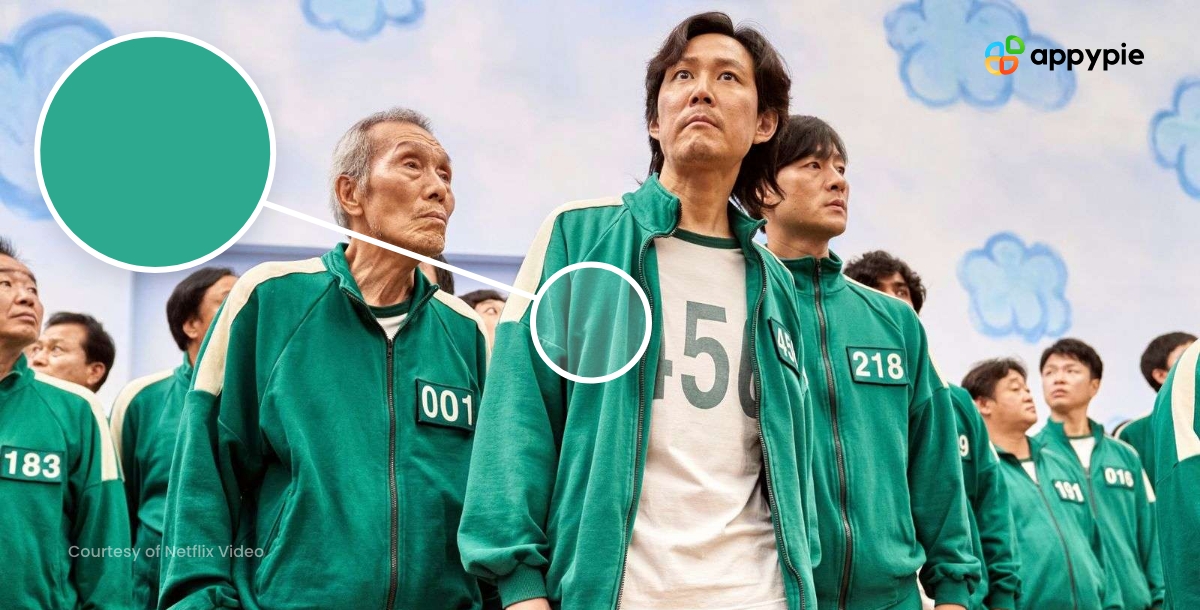 The participants in the show wear Green color. The color stands for reliability, trust, tranquility, and vitality. The pink and green combination in the Squid Game colors concept represents, ‘system vs. human.’ Sometimes, this metaphor is also interpreted as ‘death vs. life.’ When there’s anything regarding money that comes into the show, this color combination unites with another shade, i.e., Yellow.

When it comes to symbolism in Squid Game, the geometric figures are considered the backbone representing the show’s visual identity. The geometric icons are everywhere in the show, like the Squid Game logo, on multiple accessories and the guards’ masks. It is to remind the viewers time and again about the central concept of the show.

Squid Game’s Circle, Triangle, and Square symbol is a visual representation of the game’s stages, which are divided into three parts: a start circle, a square, and a triangle. Each of these three parts represents a certain stage. Circle, Triangle, and Square are the three primary shapes in the series that reflect the Squid Game hierarchy of the environment in which the participants are stuck. 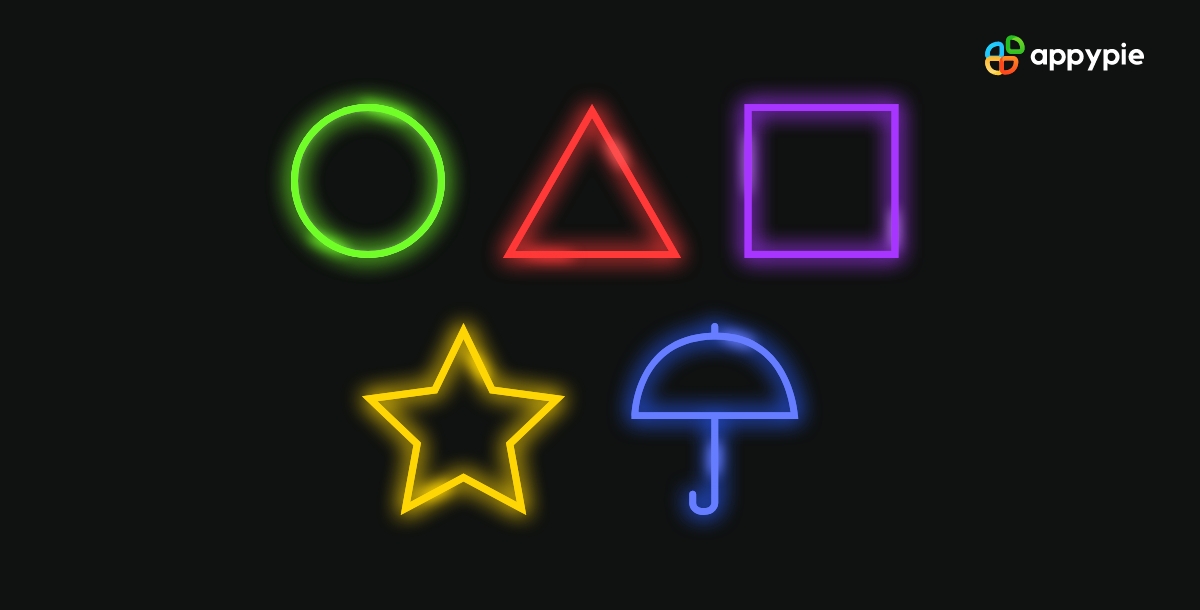 The branding in Squid Game is one of the most significant examples of incredible visual identity in the Squid Game logo that can actually leave lasting impressions on people. So let’s start by clicking below if you’re also thinking about creating a well-structured logo for your brand.

Creating your own logo online using Appy Pie’s Logo Maker is really simple and easy. With our easy-to-use interface, you can easily create your own logo with your own brand name or company name in just 3 simple steps.