TikTok Logo: The Meaning Behind the Colorful Note 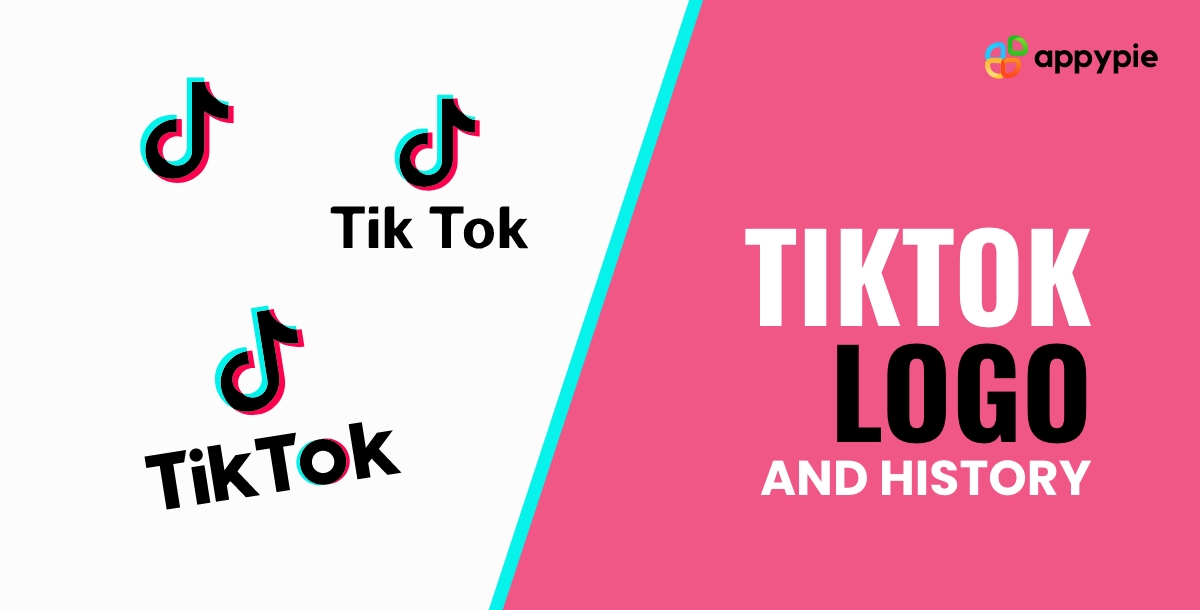 There’s always a back story behind the creation of every iconic logo. And the TikTok logo is no different. It also has a fascinating history to tell. TikTok is a video-creating application with a musical note-shaped logo and the app’s name underneath. The TikTok icon is a simple one that instantly conveys its message and catches viewers’ attention. In this blog, let’s take a close look at the significance, history, and idea of the TikTok logo.

It is one of the social networking platforms in which a user can create up to 15 seconds of video. The target audience is mostly Gen Z, the creator, and users of entertainment, art, and authenticity. With TikTok, the users could be both creators and consumers at the same time, and that’s what makes this app stand out from others.

This platform helps people to convey themselves through music by creating funny videos, challenges, duets, competitions, and reactions to popular clips.

The Significance of TikTok Icon

TikTok is one of the most demanded applications that help users to create concise videos instantly in a few seconds. It comes amongst those applications that have achieved phenomenal overnight success—the primary reason being meeting the video making requirements of users for entertainment.

However, if we talk about the TikTok logo, it’s very evident that its design has a lot to do with its success. It is the critical visual identity of the application.

In order to make a successful application, a unique, recognizable, and eye-catching logo is a must. Such a digital logo that could fit nicely and ideally on the small screen of mobile phones. It’s because the logo is visible all the time and is considered to be an exceptional design representing the app. Furthermore, the Tik Tok logo has been designed in such a way that it should encourage its users to open TikTok more often and spend more time on it. Since the more users will open the app, the more revenue it will generate.

There’s no doubt that the TikTok icon has contributed to a great extent in terms of marketing the application. The TikTok logo has been featured on almost every application ad since it launched. The recognizable TikTok symbol turns into the prime focus of any advertising campaign.

Also, the distinctive design of the TikTok logo has been one of the main reasons for creating licensed products. The TikTok icon has appeared in various promotional products like custom shorts, t-shirts, coffee mugs, hoodies, journals, and many more. TikTok licenses its logo for many products, which generates lucrative revenue for the app.

The History and Making of TikTok Logo

TikTok crashed in the world of social media in September 2016. However, it became a hit worldwide instantly and soon became a competitor for social media giants such as Facebook, Twitter, and Snapchat.

Though the arrival of TikTok was a bit late on social media, it has proved that it is here to stay. TikTok has established itself as one of the significant global players over the years. TikTok is worth about $100 billion and has over 1.5 billion monthly active users.

When it comes to the TikTok icon, the logo hasn’t been changed much since its inception. Only a few minor changes have been made here and there. There’s no name or the team who designed the logo. However, as per the reports, it was from some concert inspiration that the designer attended. He says, “TikTok is like a young guy who likes to attend concerts, especially the rock ones.” The designer wanted to design a logo that shows the happenings of a concert where people are on the stage with darkness in the background. However, the stage is bright and colorful for the audience.

The symbol of a musical note, the TikTok logo, is in the shape of a ‘d’. It is believed that ‘d’ was the representation of Douyin, which was the first name of the app, later changed to TikTok.

The Tik Tok logo was launched in 2016, but not much has changed. The main attraction and feature of the TikTok icon have always been the same, i.e., the letter ‘d’ that represents a musical note.

In 2017, the logo of TikTok came up with the wordmark; however, the terms ‘Tik’ & ‘Tok’ were not together. Instead, the two words were set apart with a wide gap. Another difference was that the letters T & k end bars were a little vague. Also, the angels were not clear.

In 2018, a minor change was made to the TikTok logo. This time the wordmark came up a little differently. Placing the Tiktok symbol and the name has so many ways to do. The TikTok symbol was placed just in the middle of the wordmark. The TikTok icon was comparatively more significant than the text.

Also, this time the wordmark had a little hint of colors. Previously, the text was in black & white. However, now the ‘o’ has a touch of red and blue colors similar to the TikTok symbol. This helped merge the app name and the symbol and made them whole. The other difference that came into existence was the shortening of the space between the two words ‘Tik’ and ‘Tok.’

Simple steps to Create your own Logo with Appy Pie Design