All You Need to Know About All-in-One Apps 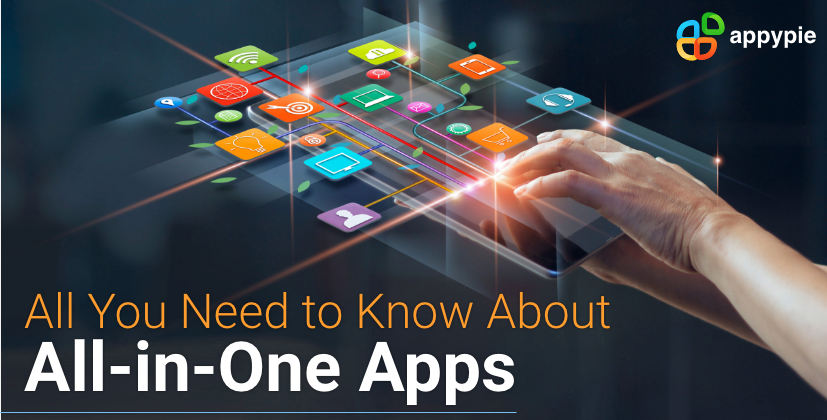 Smartphones usually come with a host of pre-installed apps. These apps are present to aid the basic functionalities of a smartphone. However, most users go ahead and install a host of apps from the app stores and dabble in both free and paid apps the likes of Instagram, Venmo, Google, etc.

However, of all the apps that can be found on the Internet, there’s a rising category of apps that has almost started a developer war. These apps are called all-in-one apps. For the past 5 years or so, everyone has been running to create the ultimate app. However, this contest is still up for grabs. Apart from the contest between developers, the adoption of all-in-one apps is still in doubt. Let us discuss them in detail. But first, here’s an infographic.

The concept of an all-in-one app was devised in recent years. An all-in-one app combines various app features under one interface, on a single app, making it easy for users to do tasks that they would usually use multiple apps for.

All-in-one apps are also known as super apps. The best example of a super app is WeChat. WeChat started as a messaging service but it can now be used for everything from ordering food to booking a cab.

How Do All-in-One Apps Work?

All-in-one apps can be designed in two ways: based on an open, functional network of already existing apps, or built entirely as an all-in-one experience from the ground up.

The first of these, called open-loop networking, is a concept often used in payment processing systems. Prepaid Mastercard, American Express, or Visa cards — in other words, cards that can be used at multiple vendors — fall under the category of open-loop payment processing cards. Conversely, under a closed-loop payment system, a card can only be used at a specific store (think a Starbucks gift card or a pre-loaded transit card).

In the app world, open-loop networking facilitates a system for numerous, pre-existing apps to work together. For example, an open-loop system would let you chat with a friend via Facebook Messenger while also allowing you to pay them back for dinner via Venmo and order an Uber to meet up with them — all within the messenger app itself. A closed-loop network, conversely, is how most apps are currently designed. They work around a very specific purpose and do not allow for cross-app functionality.

The Lack of Popularity of All-in-One Apps

All-in-one apps haven’t yet found the success they were looking for. Only one industry truly uses the benefit of an all-in-one app and that is the banking and online payments industry. Apps like Venmo, Paytm, etc have found considerable popularity and success. This industry continues to grow, and in certain countries, nearly 30-40% of all payments are done through all-in-one apps.

Mind you, all online payment apps are open-loop networks meaning that they act as integrated functionalities in other apps. For example, paying for an Uber using Venmo.

The only place where the one-in-all app has found the success that its potential brings is China. WeChat is almost a household necessity in China providing almost every feature and type of online transaction that a person could need.

Despite being the definitive super app, WeChat has had a difficult time gaining traction outside China. The process to recreate the all-in-one app has been moderately successful at best. Certain online payment apps are trying to convert their app from simple online payment platforms to complete super apps but they are still majorly being used just for payments.

The lack of popularity of all in one apps comes down to three main reasons:

The second challenge for all-in-ones is built-in OS functionality. Both Google and Apple understand the value of an all-in-one. While built-in functionality carries a similar privacy risk, Google and Apple are scrutinized and penalized more carefully and by a wider audience meaning they can’t muck too much with privacy. Android and iOS can include all the features provided by apps built-in into the operating system itself making the case of all-in-ones obsolete.

This is exactly what they have been doing. Take the example of Apple Pay. Apple Pay does everything a traditional online payment app does but is better optimized and built-in to every Apple device. It works faster and better than other payment apps and is also more secure. Such built-in apps are going to become more common in time. It is even possible that popular apps such as Uber, Grubhub, etc might become simple widgets for either OS in the future.

Are all-in-one apps worth it? In the current world, no. If you notice carefully, the only place where all in one apps work is China. However, they come at a major cost – the lack of privacy. The only all-in-one apps that are working are the ones concerned with online payments. If you want to create an all-in-one payment app, go ahead. In fact, we suggest you create one with our payment app builder. Appy Pie AppMakr provides a completely codeless platform for you to create your own mobile apps. Try it out!