Why do People Fear AI? 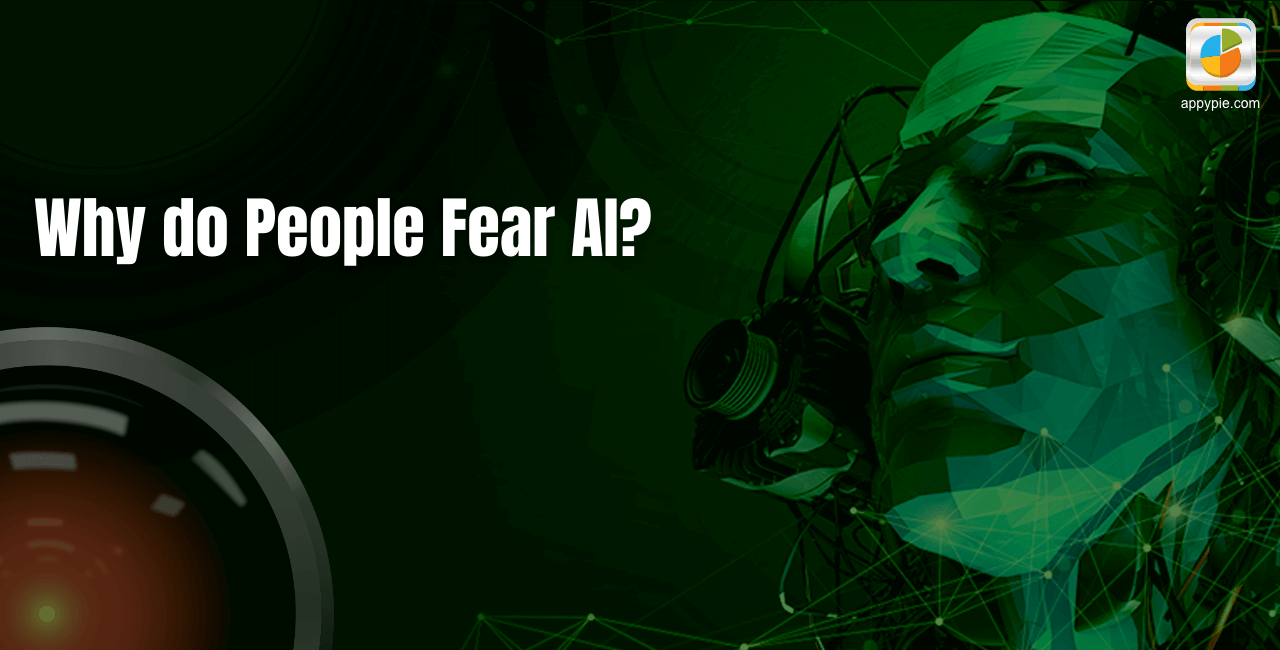 One of the most common reasons why many still oppose AI is the perceived loss of control if something goes wrong. There are some outrageous predictions over what could happen if we implement AI in our daily life. I mean, James Cameron and Stanley Kubrick made their careers out of it. More on that later, one cannot help but agree that AI can benefit us greatly if done right.

AI has been under experimentation for nearly half a century now. Its widespread application is however still limited to businesses and industry. Assembly lines, day-trading and online social media algorithms are the only ‘real-world’ applications of AI. But even these systems are limited in their capability. Online algorithms and day-trading AI are widely criticized and there is a huge outcry over them which is partly justified. The companies possessing these algorithms aren’t using them ‘ethically’ with prominent AI scientists questioning their practices. Controversies and scandals do occasionally reveal the ugly side of the misuse. However, AI is not the fault here as it’s doing exactly what it was built for. The problem is the people controlling and implementing it.

Its the person with the button that controls the technology, not the technology itself and the Cambridge Analytica scandal is the best modern example of the misuse of AI-based applications. Despite this clear distinction, the fear of AI is often based on unrealistic predictions of what AI may end up doing and popular culture is to blame for it. Let’s look at the biggest culprits of the same.

The Role of Pop-Culture

Artificial Intelligence has been around as a concept for quite a long time. AI was first predicted in popular culture long before the invention of even the computer. The notion of machines having human intelligence was first used as a plot point in 1872. Yes, you read that right! The novel Erewhon by Samuel Butler discussed the possibility of machines gaining consciousness which will become the next dominant species thanks to Darwinian selection.

Ever since conscious machines became a topic of philosophy, the dystopian view of AI was the first one to be widely accepted by people. The utopian view while more realistic is often disregarded for this dystopia fueled myth. One of the earlier examples includes the play R.U.R by Karel Capek. Shown to audiences in 1920 it is one the first visual representation of rebellious A.I.

The German movie, Master of the World, released in 1934 talks of an automated world where the AI villain Wolf, kills its inventor and takes over the world with an army of death-ray equipped robots. Kind of cheesy by modern standards, do remember, it came at a time where the term “AI” hadn’t been coined. Robots were already a thing but they were all analog devices back then. A great example would be Gakutensoku first created in 1929.

The 1950s saw a wider knowledge of the possibility of artificial intelligence thanks to the invention of the computer and the explosion of science fiction writers, the likes of Isaac Asimov and Arthur C. Clarke. The popular opinion was dystopian although writers like Asimov didn’t view dystopia due to rebellion but rather extreme levels of ‘benevolent’ guidance. Asimov is known for coining the “Three Laws” which is used for both robotics and AI. It’s also used in many other science fiction novels even today.

It was 1968 when this fear, which was originally limited to academic and sophisticated circles, was spread to the masses. Arthur C. Clarke’s career-defining book “2001: A Space Odyssey” was released and made into a movie in the same year. A young Stanley Kubrick made a visual masterpiece of this book, sincerely the best movie on AI ever made. Stanley Kubrick’s finest work(Clockwork Orange comes close), this movie affected film-making, AI philosophy, inter-space travel and also cemented the fear of AI. 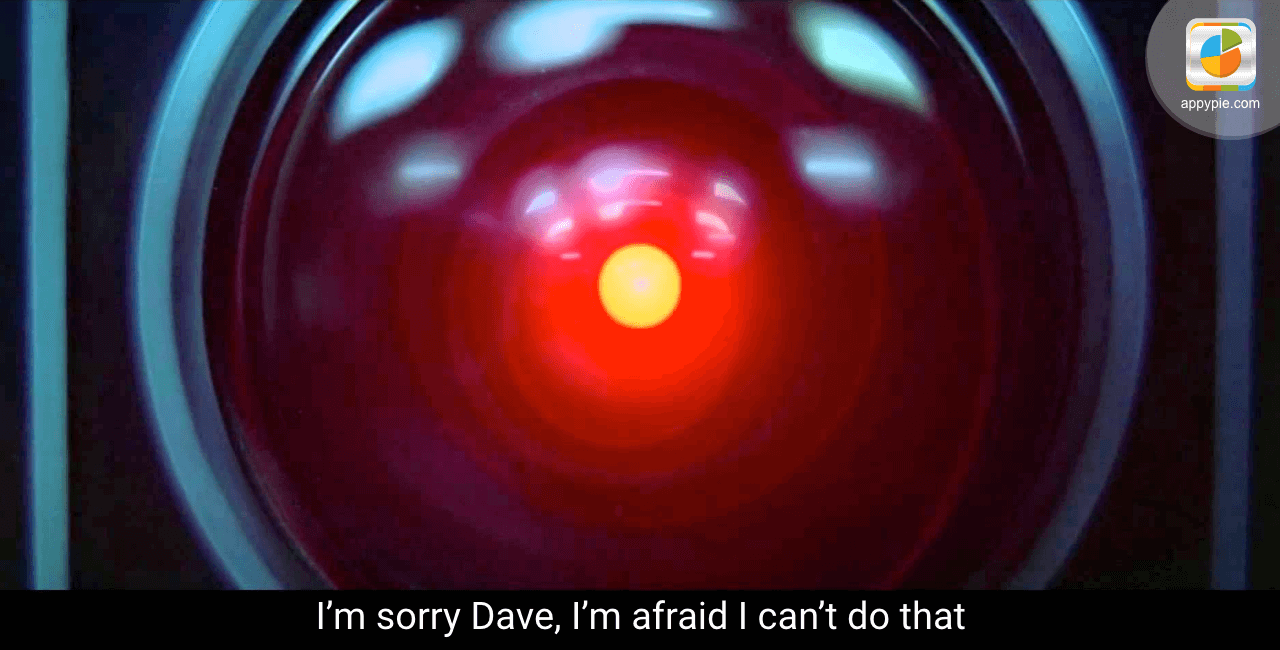 The movie’s villain, an AI supercomputer named HAL 9000, is easily one of the greatest villains in cinema. It impacted the culture in a way no other movie has, not even Star Wars. It influenced other directors like Ridley Scott, Spielberg, George Lucas etc but by itself, 2001 remains a masterpiece.

2001 while receiving mixed reviews at the time, was loved for its visuals and was a surprise at the time and while people focused more on the visuals, music and the poetic nature of the movie, the subtle subconscious fear of AI was clearly planted in people. The subtlety of HAL 9000 and the creepy-pasta design is what makes him such a good villain and terrible news for AI enthusiasts.

AI slowed down in the 1970s since computers, comic books, robotics, and rock bands were more of the rage back then. It was James Cameron who combined robots(cyborgs) and AI for mass pop-culture with his iconic Terminator. Every movie has combined AI with robots and villainous humanoid AIs have been the norm since then.

The Utopian view of AI has been rarely explored in movies and book series. However, in most cases, AI is always a self-learning robot that learns and helps people( Wall-E, I-Robot).

The utopian view is fairly modern and one of the best movies that explore this is “Her”. ‘Her‘ is a very realistic portrayal of how true AI might be which involves a virtual assistant supported by machine learning AI named Samantha, which eventually leaves revealing a ‘space’ beyond that it needs to explore. A very realistic portrayal of what might happen to future AI.

The intellectual perspective on AI usually is more utopian but does acknowledge that AI can go wrong. However, it blames AI going wrong due to the people controlling it or AI becoming misaligned. Make no mistake, sentient AI is not a problem but rather AI whose goals will be misaligned with our goals is the likely ones to resist us. The intellectual and scientific community understands this and is very strong worded about this misinterpretation.

Most modern AI is not designed in a way that it ‘freely’ thinks and ‘free’ thinking AIs are actually very limited. It’s mostly acting on a set of preset rules which are set by people who are ‘bad’. As I said earlier, the technology itself is not the problem. You could program your own violent AI but even then the AI would not be ‘free’ thinking but rather doing what you told it to do.

One of the major contributors to the fear of AI is its unethical usage since there are endless possibilities of what AI might do and in the wrong hands, it is actually quite dangerous.

That goes without saying for any technology and AI is no different.

The second intellectual perspective regards the possibility of AI becoming ‘misaligned’. This fear is what forms the basis of the dystopian AI world in pop-culture but they do twist the meaning of the word. According to scientists and researchers, AI might get corrupted and do things it was not designed to do.

However, there is a simple workaround to this. Its called a ‘killswitch’. Let’s be honest, no matter how sentient it gets, AI will need to exist on a physical component. Even cloud-based AI have their servers which always has a killswitch. You could even defeat modern AI capable of beating chess grandmasters with a simple cup of water. Alexa might be waterproof but throw her in your bathtub and watch your virtual assistant hang on for dear life. So this fear, while realistic, is often overstated.

No scientist, no matter how crazy will never design an AI without a killswitch and that’s thanks to what is known as the Frankenstein Complex.

The final major cause for the fear of AI is the Frankenstein Complex.

Coined by Isaac Asimov, the Frankenstein Complex theorizes that the elemental reason we fear AI is that it will supersede us.

The Frankenstein complex is very, very real and violated Teslas are proof of its existence. The public will always fear AI and popular culture has simply compounded this fear. While this was bound to exist, pop-culture has overdone it to the point where many people actually fear AI will replace humanity.

The other reason for the Frankenstein Complex is the fact that AI will automate manufacturing taking away people’s livelihood since it will be better. This is a very justifiable fear and only time will tell of where we go with AI.

That being said, these are three major reasons why people fear AI. Out of these, popular culture is to blame for the fear the most since the dystopian view has been fed to us for almost a century. It’ll take a few generations to supersede this fear but privacy concerns and the borderline unethical nature of AI-based algorithms is a cause that will turn this fear into stringent legislation on the use of AI.

While one can’t truly predict the future, it is certainly possible we abandon advanced AI. Investors and businesses love AI but consumers mostly don’t. AI is the next step in technology and whether we fear or we surpass it is something only time will tell. The fear, however, is there to stay.

Did you know that you can create your own AI chatbot? Try Appy Pie Chatbot Builder today!