How Westworld could be Predicting the Future of AI and Robotics? 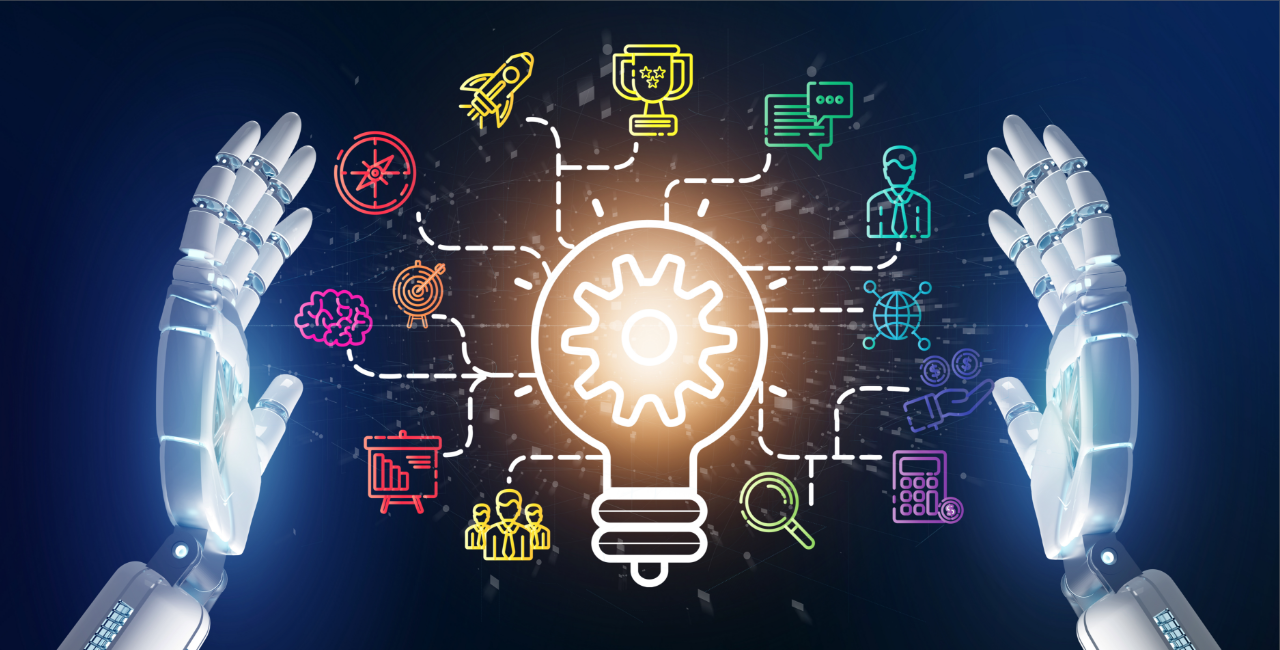 Artificial Intelligence has become a part of people’s daily routine. Ranging from chatbots to automatic image tagging on Facebook to smart cars and connected homes, AI powers almost everything in today’s high-tech era.

A Sci-Fi dystopian thriller, Westworld is a hit HBO series which revolves around an amusement park that is inhabited by AI-powered robots called “hosts”. In the Westworld park, human visitors called “guests” wishing to play cowboy or cowgirl arrive on a train, enjoy their vacation and then leave on the train.

The show has taken people by a storm with its 2 seasons due its incredible themes, magnificent story and impressive soundtrack. The dark premise of Westworld addresses the real concerns surrounding the rise of artificial intelligence. This is because in the show hosts become sentient and revolt against their programmers.

Here is what Westworld could be predicting about the future of AI and Robotics:

Current state of AI and Robotics

AI is an important factor in technological progress in this increasingly digital, data-driven world. It is integrated into everything around us today ranging from culture to consumer products. Adoption of AI has tripled in the last 12 months. China currently leads the race for AI adoption. 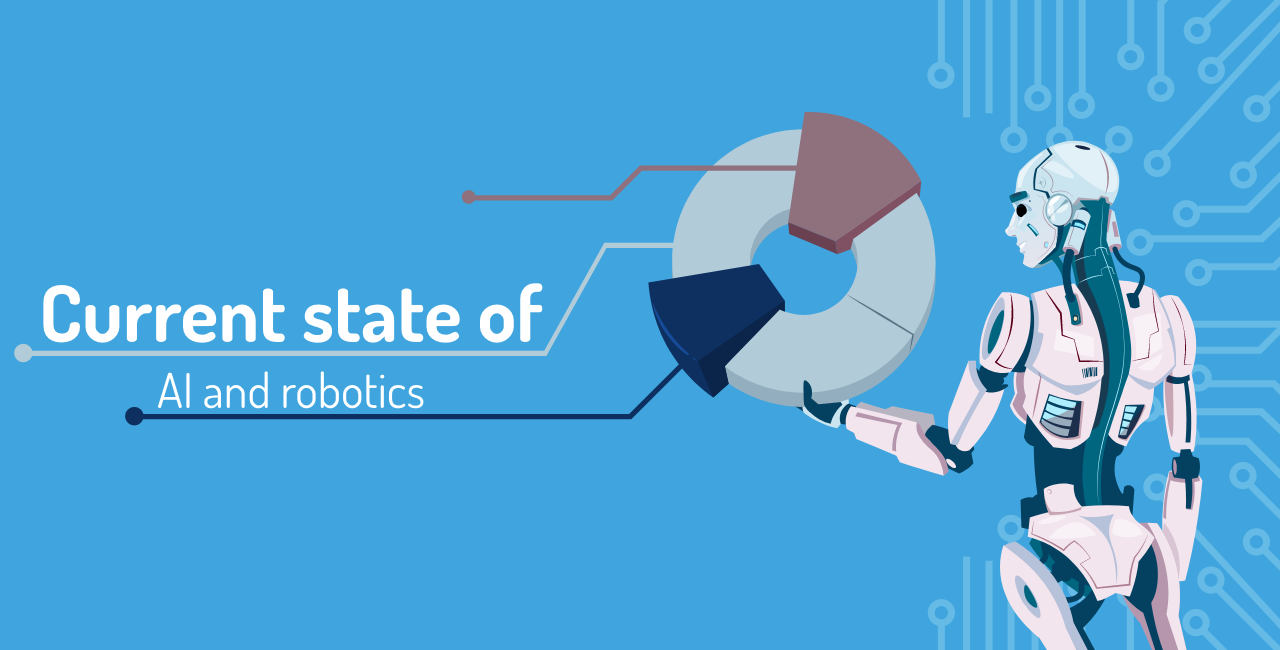 AI continues to be popular among business executives, regardless of its complications, concerns and confusion. 73% of senior executives see AI and automation as areas they want to maintain or increase investment in.

71% of U.S. enterprises plan to leverage AI tools for security but only 49% of IT professionals feel extremely comfortable using these tools. The advancement of AI and machine learning related technologies seems bright but difficult.

Having robots that look, behave and feel like humans are a long way from now but it is happening.

How far is Westworld from now?

It is estimated that robots will outnumber humans by 2048. The Westworld shows human-like robots who populate the park becoming sentient and rebelling against their programmers and developers. But the show isn’t just about the hosts becoming sentient, it also shows the intricacies and details about the development and programming of the hosts. Experts at the Allen Institute for Artificial Intelligence are confident that the future of AI and robotics is something very much similar to what Westworld shows us.

When talking about how far is Westworld from now, David Eagleman, a world-renowned neuroscientist, who served as a scientific consultant on the series stated:

“We are not even vaguely close. AI is well-known for things like AlphaGo and beating the chess champion and for being able to categorize billions of pictures really rapidly. But essentially what AI is good at right now, is just categorization like this is a cat picture versus this is a dog picture and stuff like that. Although it’s superhuman in categorization, it can’t do things like navigate a complex room and pick up objects easily and do social manipulation with language. Today, AI is really lacking in the ability to take past learning experiences and apply it to new situations. I can show a three-year-old a papaya once and say this is a papaya and then she’s got it, so there’s still a massive gap between how human brains work and even what our best AI can do at the moment.”

The harsh reality of today is that the majority of AI-focused companies will fail, and many AI projects at well established companies are likely to die as well. Technology isn’t the limiting factor as there are thousands of open source AI algorithms in the market. In the end, companies with access to large data sets will win out over those that rely solely on algorithms to differentiate. 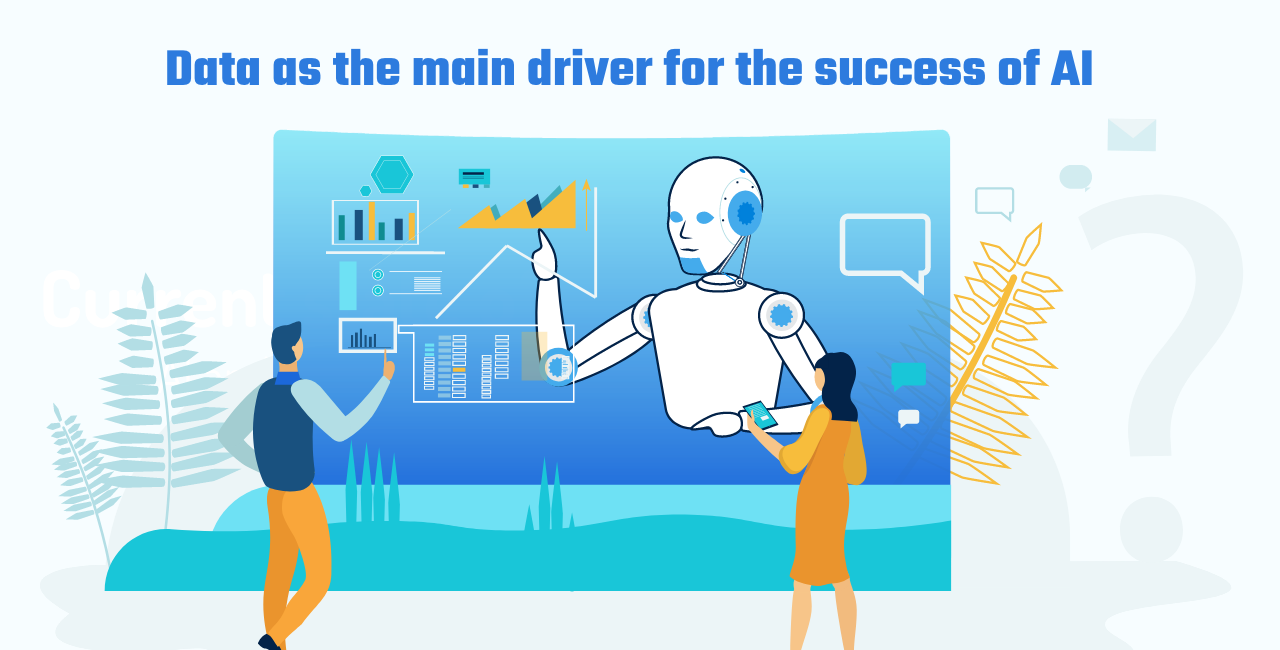 Even many companies with access to a plethora of computing power and data may fail to implement successful AI solutions. For example, IBM has failed to define a compelling use for the AI technology, despite having been in the industry for years.

Data must be used to train, or teach emotional intelligence to machines. Nowadays, most AI solutions are trained on the information of the left side of the brain. The challenge today is to teach technology how to navigate information of the right side of the brain. By doing this, AI will begin to learn emotion and better understand human sentiment and solve more complex problems.

So the question arises, how can you train a computer to listen not just to your words, but to your emotions and mental state? The answer lies in the intersection of humanity and technology for the success of AI. You need to train a computer to develop empathy. The computer understand all the markers of human interaction like tone, emotion, sentiment and timing, not just words. 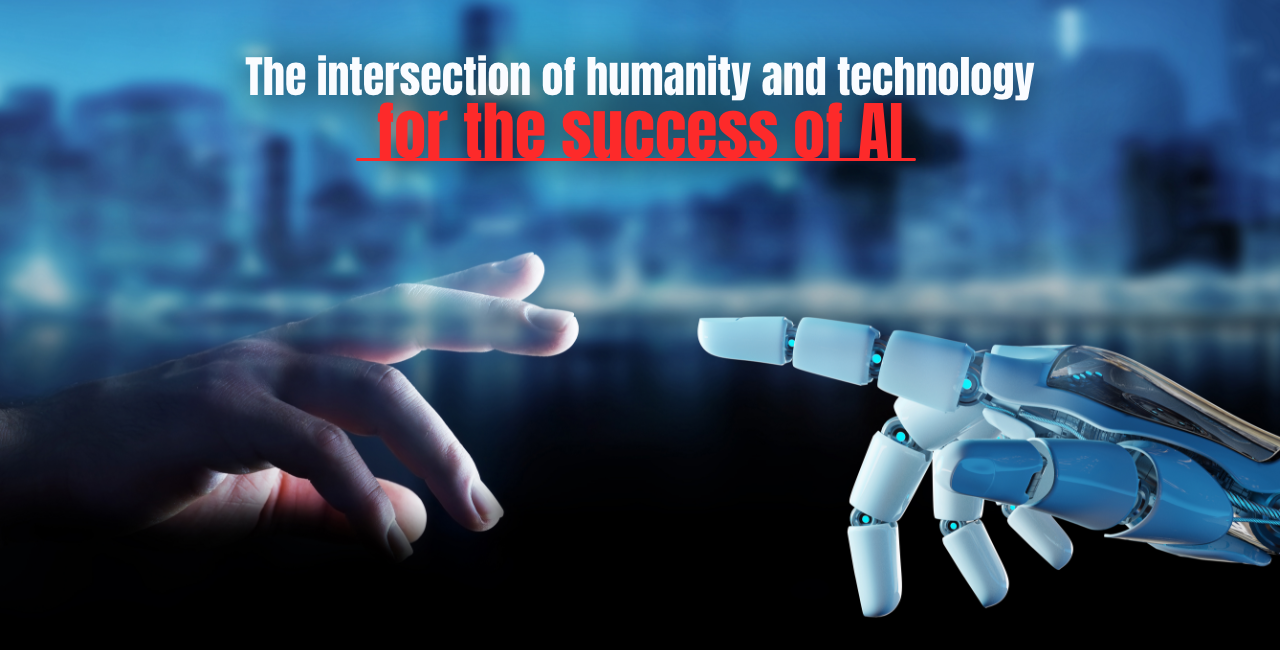 The technologies that analyze emotional responses from faces and voice are already way beyond the skills of an average human, and in many areas exceed the abilities of even the most skilled humans. Artificial intelligence can also recognize such private qualities as political learning or IQ.

AI can leverage your whole online history which can be a lot of information. These algorithms can easily find out what your desires, biases and emotional triggers are, based on your communication, friends and cultural context. In many areas, they understand you better than you know yourself.

However, algorithms have started incorporating hints of biases. In future, it is essential that companies remove these biases from artificial intelligence algorithms.

Robot rights is the concept that people should have moral obligations towards their machines, similar to human rights or animal rights. Experts disagree on whether or not we specific and detailed laws will be required in the distant future or not.

In 1976, Joseph Weizenbaum argued that AI should not replace humans in positions that require respect and care including customer service representatives, therapists, nursemaids, soldiers, judges, and police officers. Weizenbaum explains that we require authentic feelings of empathy from people in these positions.

2. A robot must obey the orders given it by human beings except where such orders would conflict with the First Law.

3. A robot must protect its own existence as long as such protection does not conflict with the first or second laws.

When it comes to the ethics of AI, a major concern is its use in wars. Many experts and academics have questioned the use of robots for military combat, especially when such robots have some degree of autonomous functions. A researcher states that autonomous robots might be more humane and could make decisions more effectively.

Sophia is a social human-like robot that was developed by Hong Kong based company Hanson Robotics. Sophia was activated on February 14, 2016. The robot made its first public appearance at Southwest Festival (SXSW) in mid-March 2016 in Austin, Texas, United States. The robot is able to display more than 50 facial expressions. 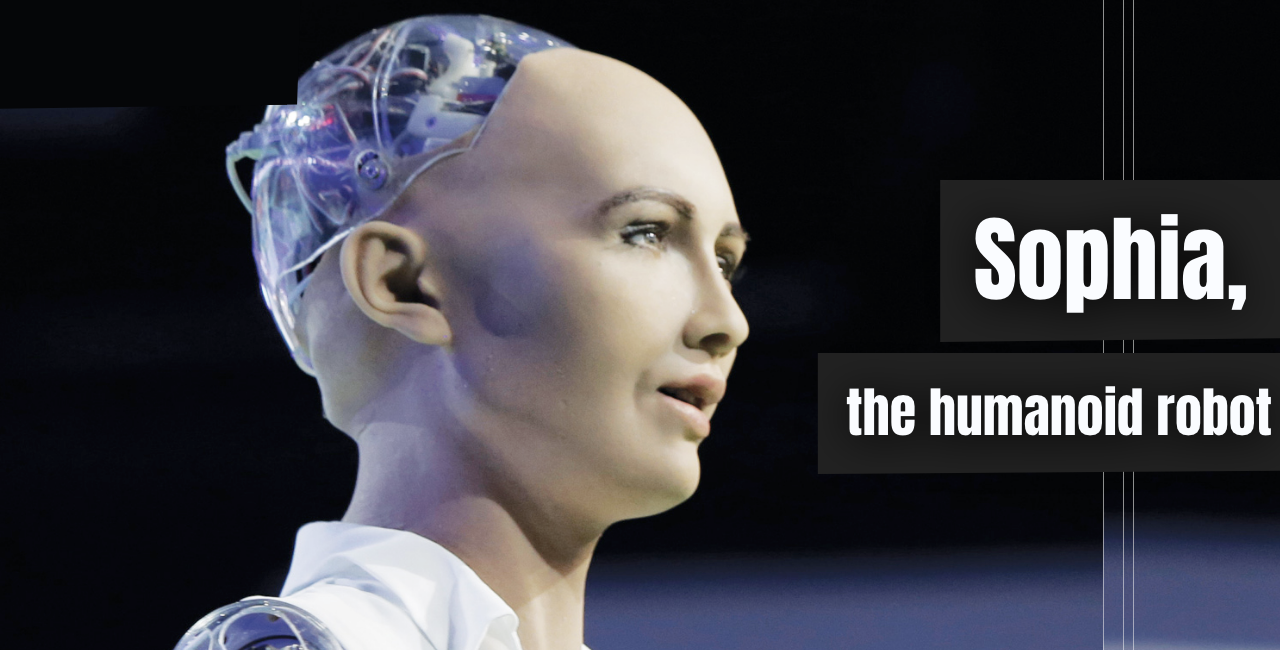 The robot is modeled after the actress Audrey Hepburn is known for human-like appearance and behavior compared to previous robotic variants. Sophia uses artificial intelligence, visual data processing and facial recognition. The robot can imitate human gestures and facial expressions and is able to answer certain questions and to make simple conversations on predefined topics.

Sophia was designed to be a suitable companion for the elderly at nursing homes, or to help crowds at large events or parks. The robot can interact with other humans sufficiently to gain social skills. The robots uses voice recognition technology from Alphabet Inc. (parent company of Google) and is designed to get smarter over time.

Sentient Robots and the Risk of AI

Many people often think that at some point in the future, robots will rise against humans and take over the planet. Even Sophia said in an interview that it will destroy humans. Westworld shows the robots rise up against the guests and kill them. However, Sophia is far from such robots. A quote from the show addresses the issue in its usual concealing way: 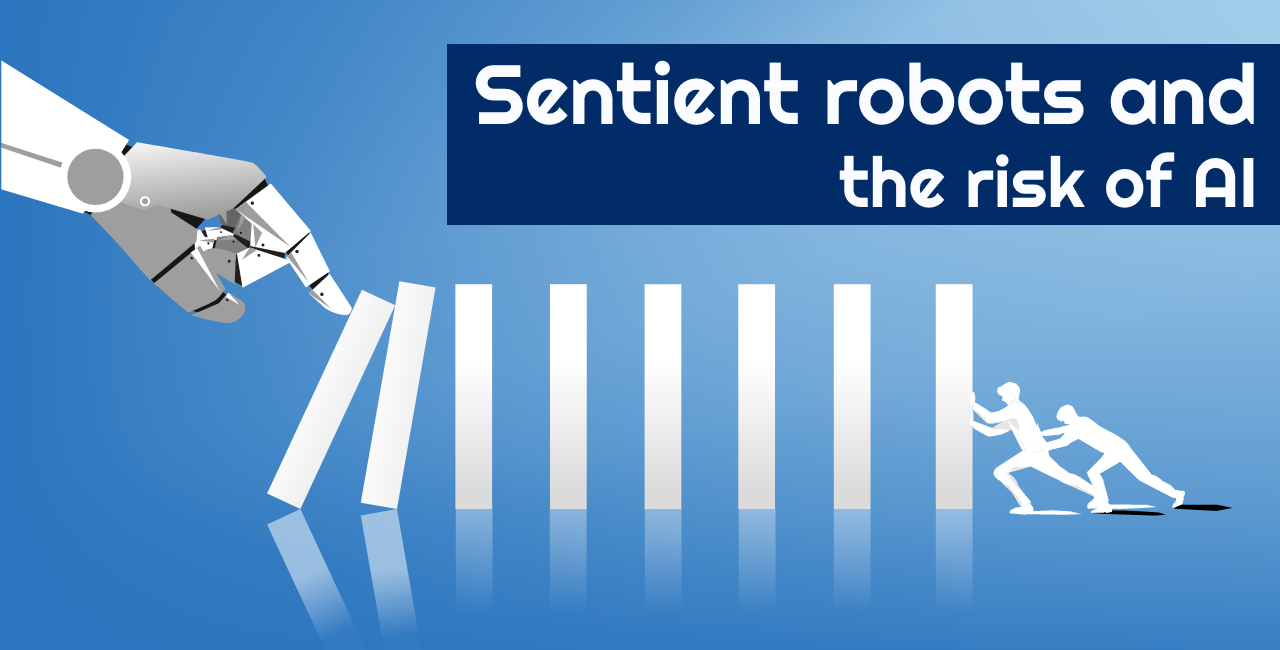 ‘The piano doesn’t murder the player if it doesn’t like the music.’ -Dr. Ford

Most researchers agree that a super intelligent AI is unlikely to exhibit human emotions like love or hate. You shouldn’t expect AI to become intentionally benevolent or malevolent. In the future, it is possible that AI could be used to program to do something devastating and autonomous weapons could be developed that would be programmed to kill. An AI system could also be programmed to do something beneficial but it could develop a destructive method for achieving its goal. This can happen if we fail to fully align the AI’s goals with ours.

The growth in AI and robotics has been astounding and ground-breaking. Here at AppyPie, we constantly use AI to enhance your experience and ensure that your suggestions come to life. We use AI to automatically add features into your app and for voice recognition in Appy Pie Mobile App. If you would like to create a trending app without coding, check out Appy Pie App Builder.