How Flutter is set to bring about a massive change in mobile development?

App Builder Appy Pie: The brand new open-source mobile application development SDK from Google, Flutter is a software that can be used to develop applications for Android and iOS. This fact is probably superseded by the fact that it is the primary method of creating applications for Google Fuchsia! 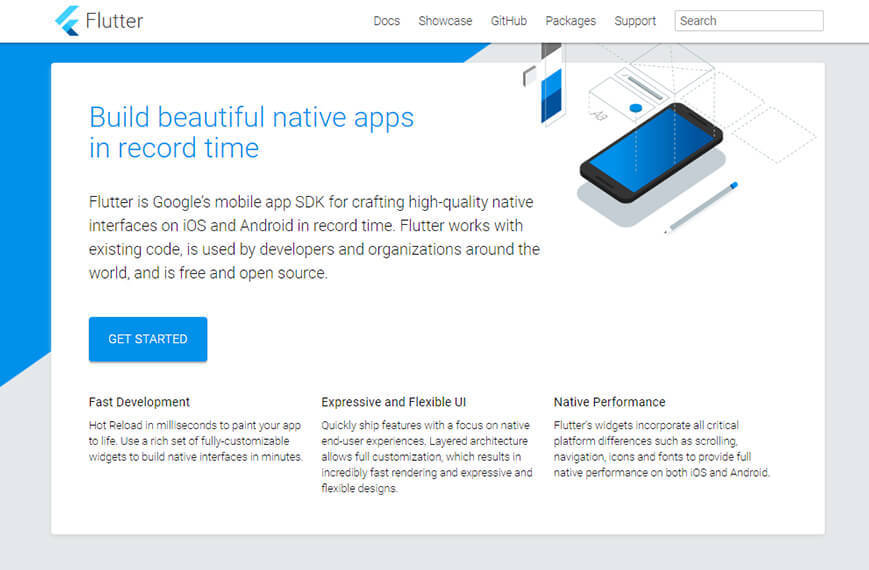 Flutter is compatible with any of the existing code and is being used quite well by developers from all over the world. It is a mobile development framework that is in-fact a high-performance tool that may be used to design some great apps for both iOS & Android platforms from a single code base.

It is because of its wide applications that Google has chosen it as the development platform for its soon to be launched Fuchsia operating system. It is designed specifically with an ability to be brought to other platforms too!

The impact & importance of Flutter

The fun part is that like any cross-platform toolkit, even Flutter has its own substance. For Flutter, there are two important factors that you should know about:

Flutter is completely different from other cross-platform toolkits, as it provides an engine with a portable runtime to build the application. When the toolkit is used to develop a native application, the framework is built upon the Skia graphics library which has a great variety of widgets on offer.

This means that Flutter can offer greater flexibility when it comes to building a cross-platform application that is focused on high-performance. It is in-fact widely accepted as a complete platform, due to its wide & diverse widget library with scope of being combined with other open-source widgets brands.

Flutter apps are built with Dart as the programming language which is in fact developed by Google. Together, they can be used to build web, mobile apps, and a server. It has an inherent feature of just the right compilations which results in the object-oriented language becoming the top choice for developers when it comes to native app development. Dart also offers quite an efficient development workflow when collaborated with Flutter’s jacked reloading. And now, Flutter has moved on to the 2.0 version of Dart.

Some of the most notable features of Dart, as a language are:

The great part about Dart is that most of its features are quite similar to majority of other programming languages, which makes it easier for the developers to use the language even on the first time.

Furthermore, it is made a lot more appealing because it can compile JavaScript, thus allowing the single code to integrate across the web and mobile platforms.

The Layout Widgets from Flutter

Widgets are especially crucial when it comes to building an app and have the ability to making or breaking an app. These can go a long way in helping an app perform smooth and efficient. When the widgets are customizable, the experience and the whole process becomes a lot better for a developer. Flutter incorporates some of the greatest features in its widgets for developing an app. Now, the thing with Flutter is that the app does not really support the widgets that are already available; it offers to the developers, freedom to create their own customized widgets according to their own specific needs with regard to the app that they are building.

If you were to take a look at the big picture, you would understand that all the things that a developer is designing programmatically, is in fact a widget, which are then brought together to build the User Interface. This means that the app framework from Flutter creates the format through widgets.

Apart from this, another critical point in context of Flutter framework is the layout which helps the developer define the state, position, and size of the widgets as per the defined set of rules & regulations.

The layout widgets are essentially the components that come together to make an application with Flutter, which means the layout in Flutter lets the developer tweak an existing layout and you may also include some new widgets in it. Now the widget that is currently being used can also be modified in the same manner and given an entirely new look which would better match the new User Interface. Until recently the cookie cutter apps were almost the norm of the day, but in the recent times, the UIs are being designed to engage the users in a better way and easily operable! 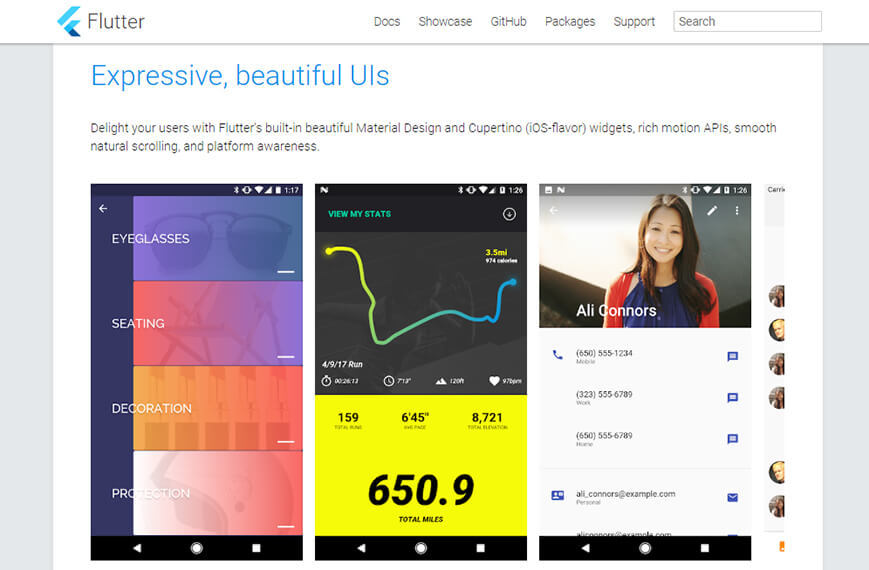 Flutter is unique in offering widget options for both iOS & Android, that are significantly more flexible and is unique in its use of material design.

Could JavaScript Be Replaced By Flutter?

Change is the rule, not just for you and me, but for every entity in the universe, and the technological world is no exception to this rule! JavaScript is yet another entity in the world of technology that may be displaced by the products of tremendous advancement in the arena, and there are a couple of contenders that may actually be ready to displace them include Flutter as the strongest one!

Though Flutter looks way different from JavaScript and gives off the look & feel of Java more than anything else. In Flutter, there is no templating dialect, hence the UI can be created, simply by picking widgets. This means you as a developer would be saving up on time & efforts, using lesser amount of coding and above all using the widget support you end up with apps that look exceptionally brilliant!

Flutter bases mobile app development on logic, composition, and reactive development, which makes it possible to incorporate any additional extensions in future, whenever the need be!

Looking at both, JavaScript & Flutter side by side, makes me think that it is not entirely unrealistic to think that Flutter may replace it in the times to come.

A free and open-source mobile application development SDK from Google, Flutter is used for developing high-quality native applications for Android and iOS.

Fuchsia is a capability-based cross-device, open source operating system from Google that is especially designed to run on devices like smart speakers, connected home gadgets, and laptops as well.