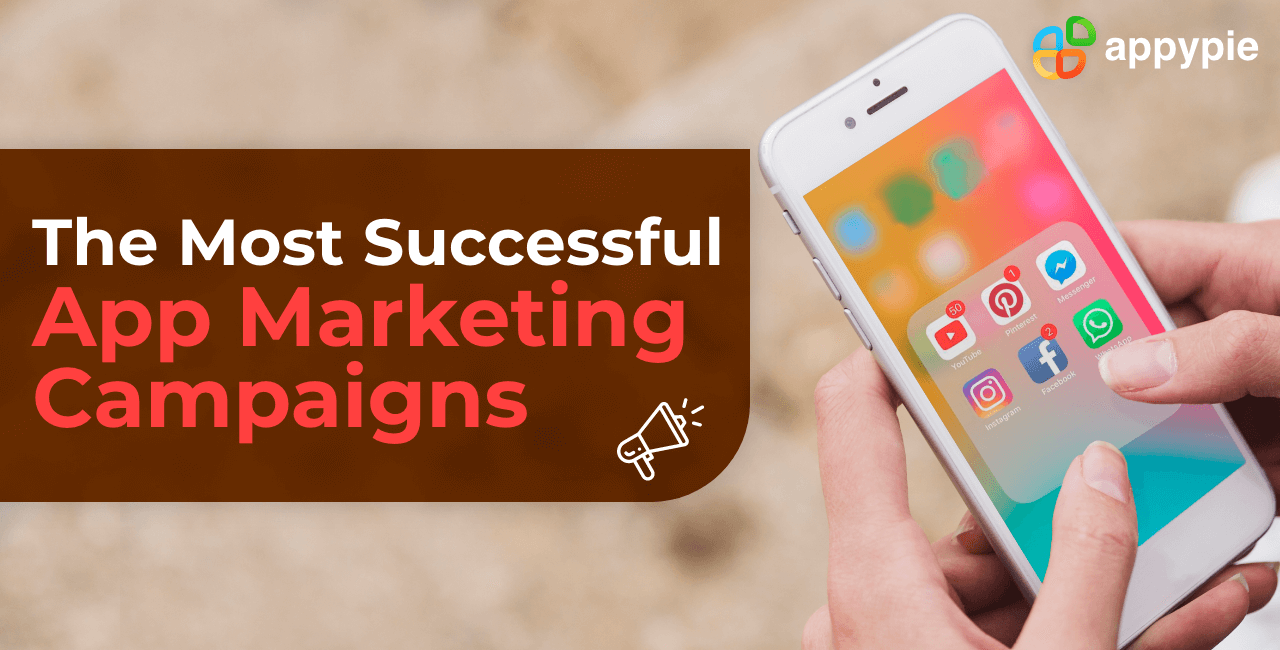 According to various studies done in the last decade, we tend to spend nearly 3 hours every day on our smartphones. The number has consistently increased over time and smartphones will soon become the default mode of communication.

This makes apps extremely important for sales and marketing. Seeing this rise in dependency on mobile apps, businesses are scouring across the industry to get their own app. However, they face an uphill battle. Mobile users subconsciously curate a list of what apps they need.

What that means is that they only download the apps that they see value in. To make users see value in your app, you must market it well. We do have a free course on app marketing strategies that you can check out for yourself. However, helping you understand the various app marketing strategies is not the purpose of this blog. This blog is about studying at some successful app marketing campaigns from around the industry and understanding what made them successful.

Before we go, here are some statistics regarding marketing for apps.

One thing you should know about this list is that it is still incomplete. There are a lot of successful marketing campaigns for mobile in the market. Our plan with this list is to keep adding more and more case studies as we find out about them. Follow our Twitter for future updates on this topic.

However, for now, here are some of our case studies for various app marketing campaigns:

Starbucks already had a popular rewards program called My Starbucks rewards card. They realised that shoppers were moving to mobile and would often forget coupons and their reward card. They killed two birds with one stone. With the app, Starbucks made it easier for shoppers to buy their drinks and get rewards. They also had publicity from various influencers who posted about Starbucks rewards on their Instagram. If you want to learn how to pitch your app to influencers, watch our mobile app marketing strategy video below:

The rewards would eventually convert to stars which would let them buy free drinks on special offers. The app also allowed users to pay their bill online meaning that they could grab a drink even when they forget their wallets.

Apart from that, Starbucks personalised user experience by offering users discounts, reward points, coupons etc, on their favorite food items. The program still continues and almost 20-30% of their customer base uses this reward card leading to billions of dollars of revenue.

Amazon knew that shopping through mobile apps is lucrative. They needed to relaunch and rebrand their app completely, reach a larger audience and climb the top charts. 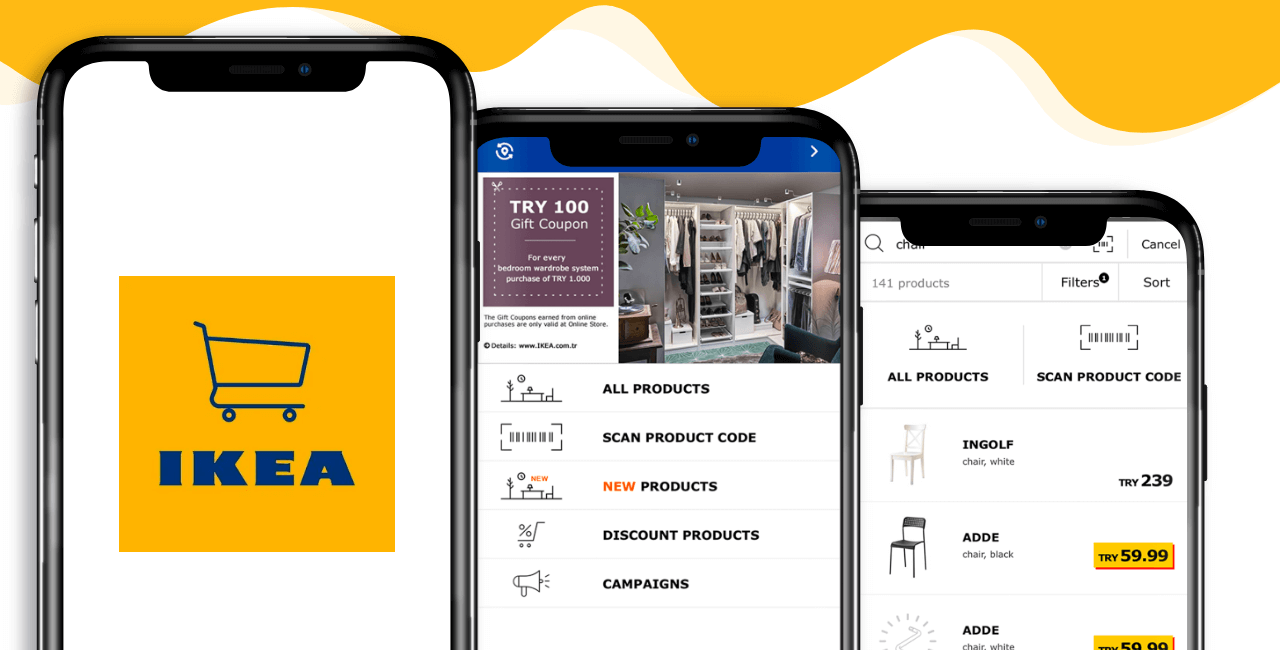 IKEA has long been one of the most successful furniture brands in the world. It still dominates the industry. The one weakness IKEA has is that its product is obnoxiously vast. It sells something for everyone. To help with this IKEA launched a catalogue app.

Making a catalogue was simple enough. However, one key flaw with IKEA or furniture in general is that you cannot ‘test’ it. What this means is that to know if the furniture you want to buy fits your home decor, the only possible way is to purchase it and haul it home. IKEA did something revolutionary for the time.

Pokemon GO was the breakout mad trend of 2016. Loads of people running around, the massive following and social media madness is very well remembered. Infact, Pokemon GO is being played by nearly a 100 million people worldwide right now. You can’t call a success like that a ‘viral trend’. 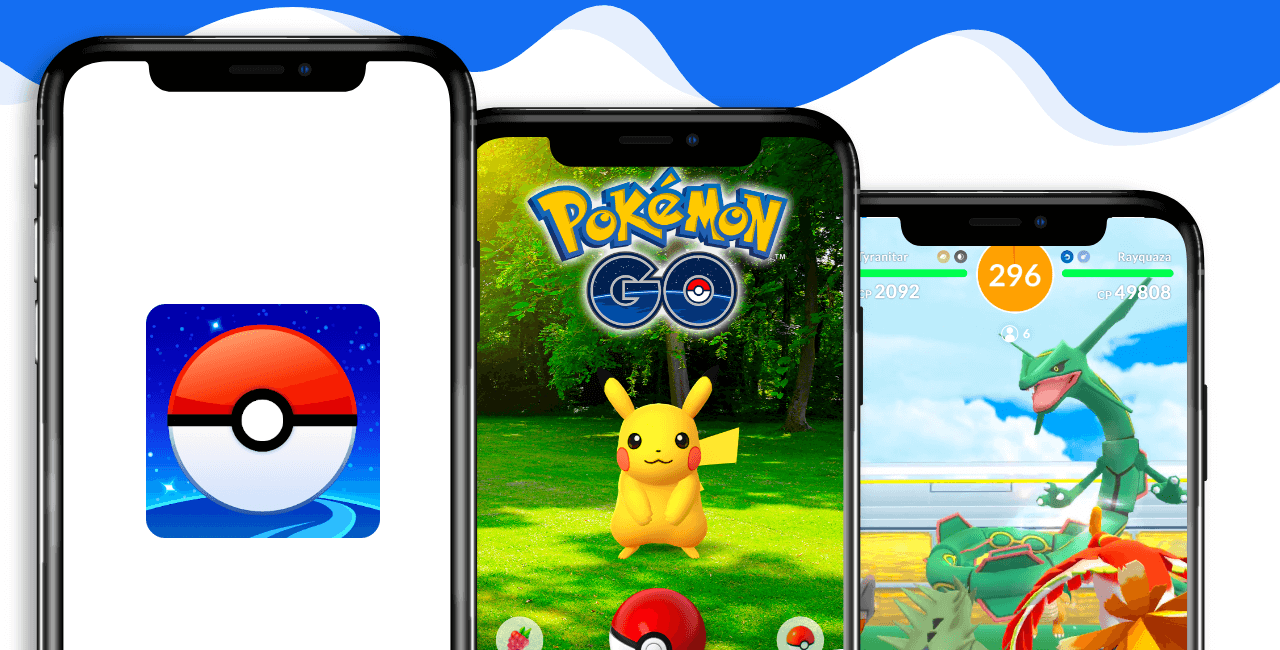 However, what made it so mad? Let us explore.

Pokemon was losing its player base. Most of its loyal fans who were attached to it, including me, had far outgrown the demographics the franchise was targeting. Poor manga and anime seasons were pushing Pokemon to irrelevance. They needed something unexpected.

Even though the released version of the game could have been better, the hype helped it surge past, shattering app store records worldwide. Despite it not being as good as it could have been, Pokemon GO still provided a solid experience and there were literal ‘hunting parties’ with hundreds of people gathering to catch time-specific Pokemon.

Pokemon GO still remains a shining beacon of an excellent marketing strategy and the sheer capability of AR.

That was all for now. We will add more success case studies as time goes by. Meanwhile, we suggest you check out our free Academy course on mobile app marketing. It will help you create your own strategies for marketing your apps to the general public.