Jan Koum, the WhatsApp Builder who went from rags to riches…for real!

App Builder Appy Pie, Nov 27: WhatsApp, an app that has changed the way we socialize was the brain child of Jan Koum. Quite ironically a social recluse himself, Koum is known to lead quite a low profile life. However, as we delve deeper into the persona that he is, the irony might fade a little. Even as a young professional, he was never the one to seek out fame or fortune and this might have something to do with where he came from and the impact it had had on him. It was his humble beginnings that have shaped him up to be a ‘sensible’ man as they say and he is famously known to optimize his and the company’s expenses to the extent that many would be surprised by.

In 1976, Jan Koum was born in Kiev, Ukraine and at that time it wasn’t the center of industrial, scientific, educational and cultural evolution as it is today. Growing up in a house that didn’t have running water or electricity wasn’t fun and in an effort to look for a better life for her family, Koum’s mother and Koum moved to the US in 1992 leaving his father behind, who was to join them as they settled down. One of the anecdotes that Koum has often shared about the place concerns his school life, where the schools would not have inside lavatories for the children. In the infamous Ukrainian cold, where the temperatures were known to dip down to -20°C the small kids would have to leave the premises and cross the entire parking lot to get to the bathroom. Before independence, he remembers Ukraine as being a stringently closed society and living in such a scenario was an experience by itself. Life in US wasn’t really the American Dream though and they were lucky to get on a social welfare program and get a two bedroom apartment. Koum’s mother began working as a babysitter and Jan worked as a janitor at a grocery store. The mother-son duo at the time were living on welfare, food stamps and their paltry combined income. It was at the age of 18 that he discovered his love for programming and enrolled in San Jose State University while working as a security tester for Ernst & Young.

One of the most interesting things about this though was that he still didn’t own a computer, and was learning everything from resources like reading manuals and training guides that he would buy, and then return after reading to save money. Koum, like many of his counterparts did not have the patience to finish his higher education. During the short stint at Ernst & Young Koum made acquaintance with Brian Acton who joined a very young Yahoo and helped Koum get an interview at the firm. This began a nine year long association with Yahoo where he began as an infrastructural engineer and ended when he was the manager of infrastructural engineering.

It was his time at Yahoo that solidified what would prove to be a strong bond of friendship with Acton. It was during his employment with Yahoo that he joined w00w00, a hacker group that focused largely on security focused hacking where he met future founders of Napster. Apart from these two events, his engagement with the organization was pretty uneventful. It was in the year 2007 when both Koum and Acton resigned from the firm and took a whole year off. This year off was spent mostly travelling through South America and playing Ultimate Frisbee. Once this year was over and the duo was back home, they now started looking for options to engage themselves. Quite interestingly both the men applied and tried to gain employment in Facebook at the time, but failed. In 2009, Koum bought an iPhone and while using the seven month old App Store, it dawned on him how fertile this space was going to be for the whole app industry to spawn and flourish. This was the time when he was desperately looking for something to do, as the vacation indeed was over. 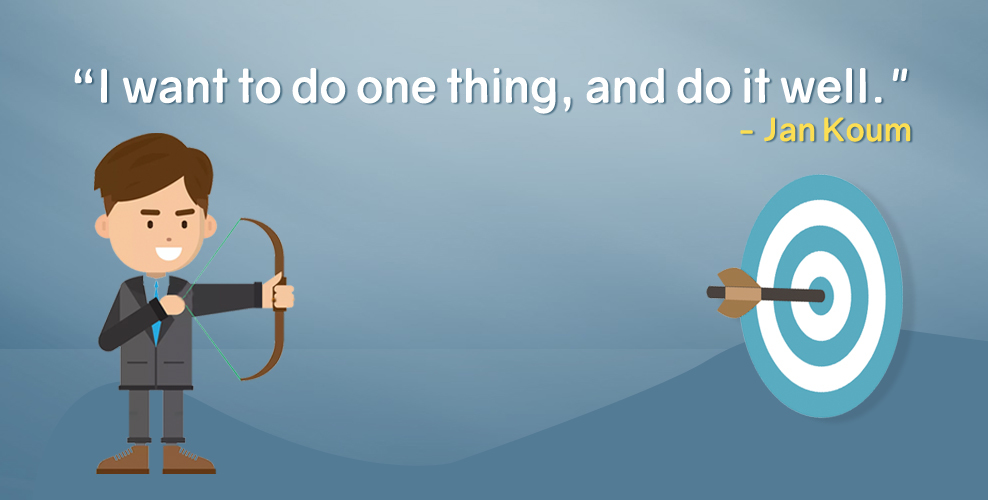 Koum couldn’t stop thinking about the scope that the App Store offered to the app developers and visited one of his friends Alex Fishman at his house where they discussed the idea of the app that was to become WhatsApp sipping their teas on his kitchen counter. The name WhatsApp was coined almost immediately as it resembled the oft uttered expression “What’s Up!” phonetically. The app was designed as a response to the query offering the users to update their statuses and letting people know “what was up”. It was on his birthday, February 24th in the year 2009 that Koum incorporated WhatsApp Inc. in California. The app when launched in May, 2009, didn’t really gain much attention or recognition and even Koum’s friends didn’t care to install a status update app that WhatsApp was at the time. It was when iOS 3.0 was released a month later that inspired Koum to redesign the whole app.

The concept and popularity of social networking existed since the early days of the launch of the World Wide Web, but it came to mainstream and gained prominence with the advent of apps like Facebook and Twitter. Koum realized and foresaw the potential growth of social networking with mobile phone becoming the proponent for the same. Hence, he designed the new version of WhatsApp to be used as a cross platform messaging app which used the contact list on the phone as a pre-built network. What simplified matters the most was that there was no need for a username or password, but just use the phone number for logging in. 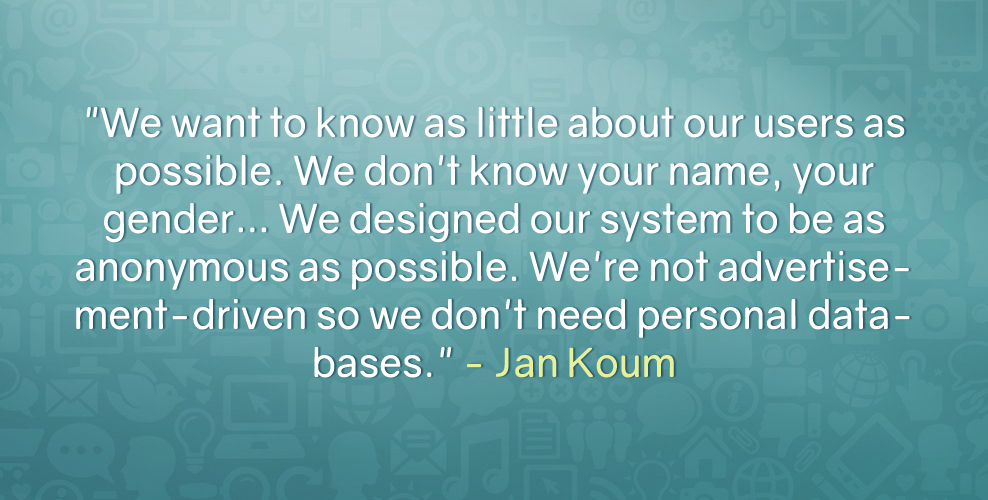 This new version of WhatsApp was launched in the month of September of 2009, and by this time Acton too had joined in. Acton, while joining in, had brought in some much needed seed funding and was involved in developing myriad business models while managing the growth of the business. Koum was very clear right at the beginning that he didn’t want to use advertising as a revenue model. The interaction or communication one has with friends and family is an intimate affair and Koum did not consider it right to interrupt it with advertisements popping up every now and then. He has also quoted the logistics of the situation, because in order to target the advertisements well, there is a need to collect a whole lot of data about the geographical location of the user, who they are with, what are the activities they might be engaged in and even their personal likes and dislikes, which is quite a cumbersome process.

In 2009, when the app started, their biggest cost lay in sending verification texts to new users. It was with the intent to control the growth of the app to suit their budget, they made the app paid before switching it back to free when the growth rate dipped. It was with the feature of sending and receiving photos that the app took a different turn wherein the growth rate did not waver even when the app became paid. Initially the app charged one dollar as a one off payment, which changed later to one dollar annual fee.

There was little to no investment and efforts to market and advertise the app, yet the user base for the app kept expanding at an impressive rate. It was this very feature that made venture capitalists sit up and take note of this emerging social phenomenon that the app was developing into. The co-founders, Koum and Acton believed in living their lives in a low key manner and that is the way they approached the issue of funding. The seed funding at the initial stage was $250,000 and was augmented by another $8million before the app piqued Mark Zuckerberg’s interest. Following this, another round of funding garnered them $52 million which they accepted before finally receiving a formal offer from Zuckerberg.

It was in the year 2012 that Zuckerberg first got in touch with Koum and the two initiated what was to become a string of social meetings. In February 2014, Zuckerberg invited Koum for a dinner at his place with a formal offer and proposal with an offer and deal for him to join the board of Facebook. Quite like other deals in the short history of WhatsApp’s existence, the time period between the offer and acceptance of acquisition was short – barely a month in this case. WhatsApp was acquired by Facebook for $19 billion in February 2014.

Today, Jan Koum still retains his position as the CEO of WhatsApp, but his net worth has definitely jumped up to an impressive $9 billion. What has remain unchanged is his vision that he shared with Acton in 2009 – “No ads! No games! No gimmicks!” 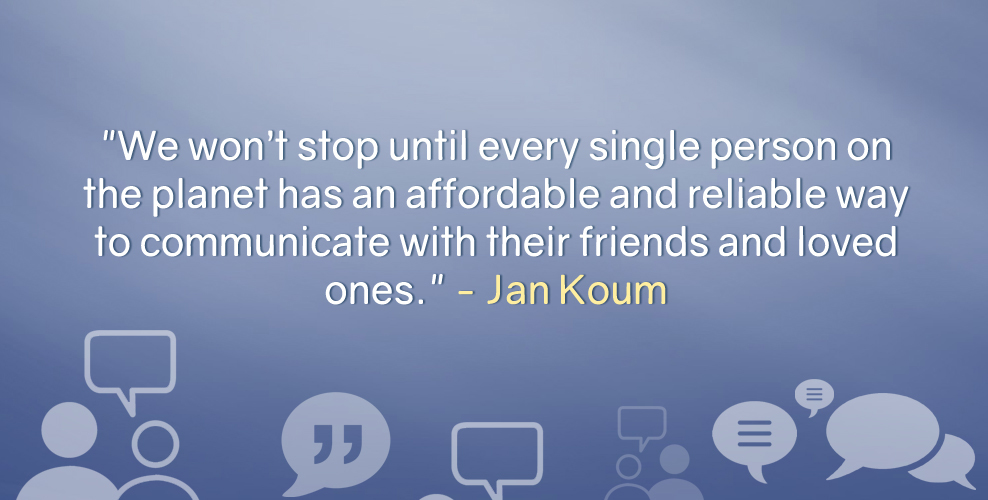