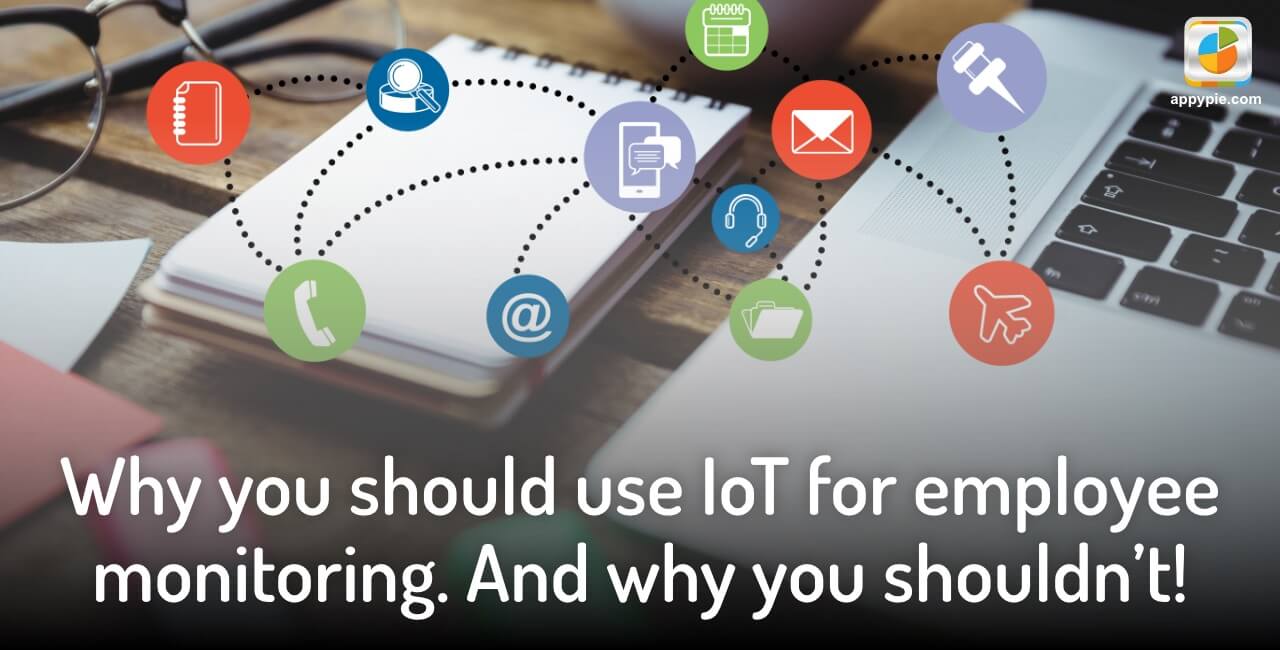 The IoT ecosystem has evolved to a point where the lack of it is actually more horrifying than its existence. Life without IoT would now feel like living in the stone age. As days go by, the influence of IoT keeps growing. IoT blends seamlessly with daily life and that is why most people don’t even have any idea about the existence of IoT. According to a recent study, around 12 billion IoT devices will exist by the end of 2020.

IoT’s integration with daily life keeps being a controversial topic and it will be for some time to come. IoT, although controversial is heartily welcomed by most businesses for their normal operation. Almost 38% of businesses already use IoT extensively for their production lines, analysis etc in their respective businesses The question to be asked is whether IoT is necessary to monitor employees.

The Internet of Things, for those who don’t know, is the integrated ecosystem of related devices, both mechanical & digital, that connects with each other over the Internet to share and exchange data without the interactions of humans. Humans can also be connected to the IoT through specialized UIDs (Unique Identifiers).

How IoT is integrated into a workplace?

There are three types of IoT systems that can be used in a workplace: infrastructure, repurposed smart consumer devices and business-specific IoT devices. All three devices work in conjunction to ensure the smooth functioning of the ecosystem. The talk of smart buildings is a new concept in the Internet of Things that is quietly gaining traction in the industry.

A smart building is a building integrated with IoT and acts as an IoT device itself. It is automated and the building adjusts ventilation, heating, cooling, light according to the outer environment and the number of people inside. Smart buildings can be an excellent application for IoT systems. Smart buildings aside, let’s discuss the IoT systems that are used in the workplace.

Infrastructure involves the devices used in offices. Things like an automated heating system that adjusts the temperature according to outside weather, vending machines that alert its company when empty, etc act as infrastructural IoT devices. Smart buildings are also an example of IoT infrastructure.

Repurposed home devices include devices like Amazon’s Alexa, Google Home, smart cameras, smart lightbulbs, etc that work automatically for the aid of the workplace. An organization can also assign other devices like fitness trackers for monitoring employee’s health.

Examples of business-specific IoTs include larger smart screens, video conferencing devices, temperature-controlled conferencing rooms, etc. These devices form a large part of business-specific IoTs. There is also the new concept of smart desks specifically designed for corporates use in offices. These desks are connected to your phones or email that inform you when you sit for too long or stand for too long. A smart desk sends reminders about your seating positions.

From an industrial standpoint, the concept of the Industrial Internet of Things is currently slowly developing. This involves using IoT compliant manufacturing devices across industrial plants for efficient production and cost-effective industrial solutions. The application of IIoT is already beginning to gain prominence. Harley Davidson saved nearly 200 million $ in their production plants after shifting to an IoT based infrastructure

Why IoT monitoring should be used?

More and more innovative ways are being found to integrate IoT with businesses and industries. While that continues in the background, monitoring through IoT is becoming common for company employees. There is a lot of noise on the concept of IoT monitoring and its downfalls. The noise, albeit true, is often exaggerated. 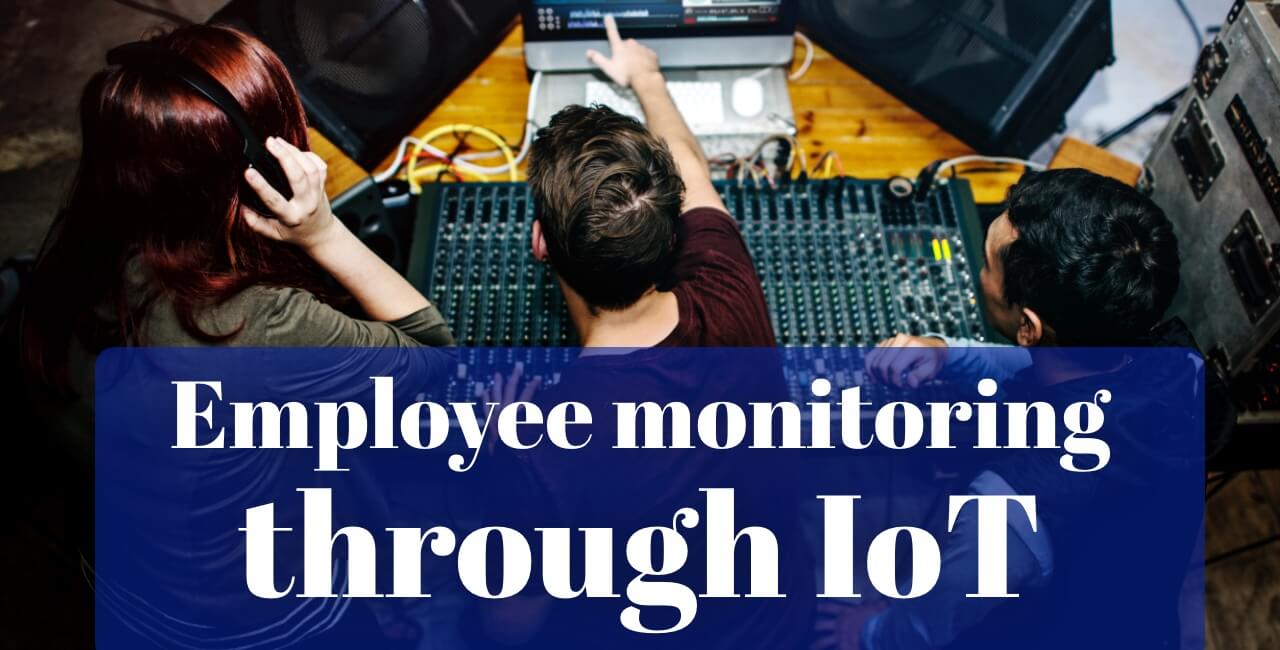 Everything in this world can be misused and the IoT ecosystem is no different. IoT often works in close compliance with AI and machine learning. AI dystopia is a very common fantasy and almost all the bad reps that AI gets are similar for IoT. There are advantages to using IoTs for employee monitoring. The following are a few reasons why IoT should be used for monitoring employees.

It happens way too often and the perpetrator is never easily identified. IoT can help you keep a close eye on employees with likely tendencies. This vigil ensures that employees don’t go out of hand and stay professional. The fear that you’re being watched can play positively on the minds of employees

Since you can use IoT to monitor employee’s eating habits, sitting habits, heart rate, their calorific intake, how many washrooms breaks they take etc, your AI and IoT system can together detect if your employees have a potential health problem. You can then inform employees about their potential health issues and even help them with insurance, and designate sick leaves for them depending on the severity of their health.

IoT has extensive application for employee safety in the heavy industry and chemical manufacturing sectors. Employees wear IoT based sensors that monitor the surrounding air for toxicity reports and make sure that employees are removed from the environment before they get poisoned.

Workplaces that have embraced IoT have actually seen an astonishing productivity boost. IoT is great for manufacturing since it optimizes the manufacturing process and sets strict measured standards. In non-manufacturing based organizations, IoT keeps employees on the move and its adoption actually makes work more convenient.

Voice-based IoT devices are all the fire in the IoT compliant workplaces. Amazon’s Alexa Business is already getting many admirers proving that an IoT based workplace is not exactly as far-fetched as it sounds. Monitoring employees can make them better at regulating their personal lives while ideally making their professional lives easier. They can regulate their work-life better. IoT regulated heating and air conditioning systems keep the entire workplace balanced. An employee’s surrounding has a significant effect on their work. If the surroundings are properly regulated, a productivity boost is guaranteed.

Why IoT should not be used in a workplace?

Addressing the concerns of IoT detractors, IoT does carry risks of its own. IoT based workplaces are extremely transparent and transparency is not always a good thing. Despite the various benefits, IoT monitoring has glaring drawbacks. 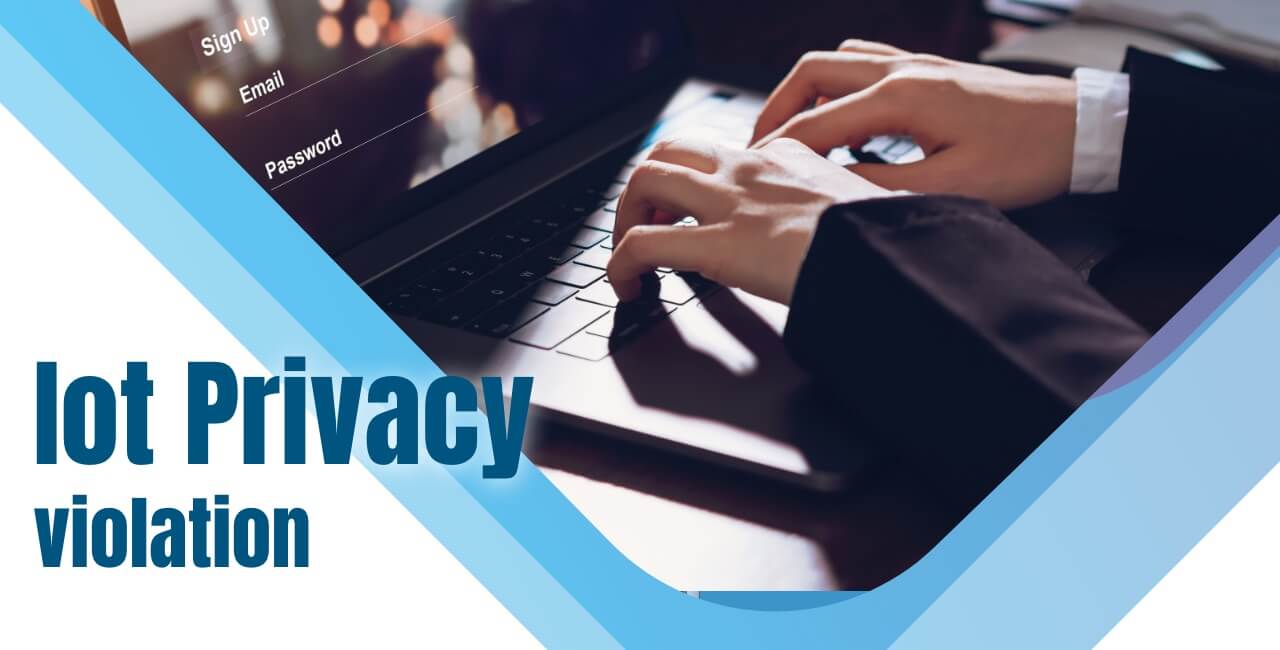 The following are concerns about adopting IoT in the workplace:

The biggest concern regarding IoT in the workplace is privacy. IoT enables employers to keep track of how much you’re at your desk, your health (if fitness trackers are compulsory), how much time you take to travel different distances within the workplace, what you eat, your bathroom breaks, etc. In all honesty, there are many workplaces that tend to be over-burdening and have bad management.

They can use data collected from an employee’s IoT devices and treat employees unfairly. For example, if an employee anonymously complains about their manager, their managers may find out who they are by tracking their key logs. Management may also fire employees based on their health record or how much time they spend at their desks. While unfair, organizations can legally get away from this and some actually do! Not only that, thanks to BYOD equipment being provided by workplaces, they can track what employees are doing on systems even when they’re at home. The GPS tracker from company-provided devices is further damaging to the privacy of an employee.

Everything connected to the Internet is prone to cyber-attacks. IoT systems are still in their infancy. According to a recent study, 20% of businesses using IoT have already been affected by cyber-attacks in the past. An attack on the IoT ecosystem can potentially cripple the entire workplace costing significant damage to the infrastructure.

Employee related sensitive data can be leaked through these cyber attacks. Their work habits can potentially be known by the hackers compromising a lot of employees. Such an event is really hard to reel back from. The company may recover but this is destructive for the employee. Cyber attacks are hard to prevent and even the best firewalls constantly get broken. A cyber attack to the ecosystem might also expose the company cloud database.

While IoT is cheap in the long run, the initial complexity and cost of implementing it will dissuade even the most excited enthusiasts of IoT.

IoT monitoring if seen from a realistic seems unnecessary. A smart workplace is convenient but using that same environment to monitor employees for their discipline can be labeled as obsessive behavior by a corporation. Sure, each company should optimize their workplace but the discipline of the employee is a personal trait of the employee.

If your employees can’t regulate themselves, you’ve hired terrible employees. The only vectors that should matter for an employee are their behavior in the workplace and their ability to meet their targets.

An employee’s life doesn’t need corporate oversight. Employees should be given their privacy. Keeping company secrets is an employee’s job and all companies have the provision to take legal action against their employees if this is violated. The threat of legal repercussions is enough for a company.

IoT monitoring generates mistrust for the management of a company. In conclusion, IoT at work should be a limited concept. It should be used for convenience and should be avoided for monitoring. In case the employees are involved, the less part they are of the ecosystem, the better. A little regulation is okay but strict monitoring is a step back in the past.

From a workplace perspective, IoT should be used professionally for creating a smarter workplace. Unfortunately, some organizations will use these methods to pressurize their employees and control every little aspect of their work and even personal lives. Unfortunately, such practices are perfectly legal.

Make IoT compliant apps to control your IoT devices from your phone! Do you want to know what the best part is? You don’t require any coding to do that!