How to Mint an NFT on Solana – Minting NFT on Ethereum 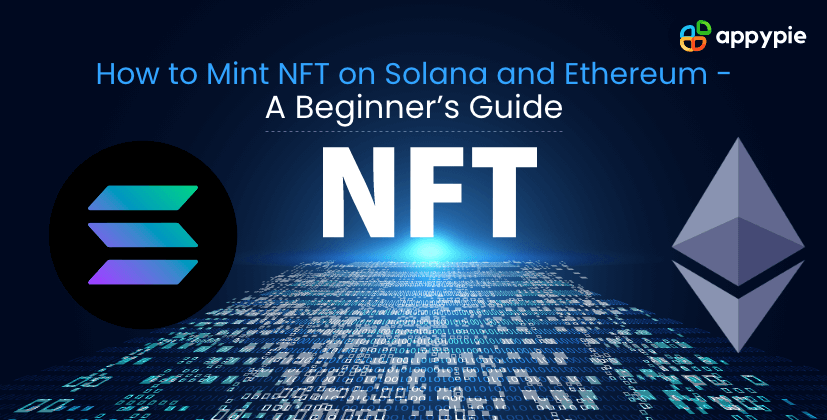 NFTs are a hot topic in the blockchain industry, and they are likely to stay this way. One of the most prominent examples is the CryptoKitties game. The game which allows users to buy and breed virtual cats has become so popular that at one point it accounted for nearly 11% of all traffic on the Ethereum blockchain. The game was so successful that it caused congestion on the network and led to a large number of complaints about transaction delays.

The NFT boom has taken the digital world by storm. From celebrities like Snoop Dogg to entrepreneur Gary Vee, everyone is investing in NFTs. Still, many people don’t have the idea what exactly NFTs are.

Non-fungible tokens (NFTs) are a new way of representing digital assets on the blockchain in a way that makes them easy to verify and distinguish from one another. These assets are not owned by users directly but by unique addresses, which are stored on-chain. As a result, they become truly decentralized and non-fungible.

In this article, we’ll explain how to create your own NFT collection without any coding or designing skills, how to mint NFT on Solana, and how to mint the NFTs on Ethereum.

How to create an NFT collection?

Using Appy Pie NFT Generator, you can create your own NFT collection without any coding or designing skills. Follow the steps below to make an NFT collection in minutes.

How to mint NFT on Solana?

Solana is a blockchain-based, permissionless, and horizontally scalable protocol for high-speed, low-cost transactions. Solana introduces a new consensus algorithm called Proof of History that enables trustless verification of provable events in the past.

Utilizing Proof of History, Solana creates an incentive structure for the network to reach consensus. This allows for a robust and secure decentralized ledger that can handle transactions at speeds competitive with centralized systems.

Solana aims to be a foundational layer upon which many different decentralized applications can be built. Solana can be used by any project that requires a blockchain, smart contracts, or need to store data. Designed to be fast and efficient, Solana is also scalable, which means that it can handle more than 1,000 transactions per second.

Once you have finished sending some SOL to your address, it will take up to 3 hours for your transaction to be confirmed by the Solana network. In this time, you will be able to mint NFTs, which will be automatically generated once the transaction is confirmed.

When minting an NFT on Solana, you do not need to burn any ETH or assert that the original owner has been paid out. Instead, NFT minting is done using Solana’s native gas that is emitted when transferring rights. This means that even if the original owner does not pay out or respond within 10 days, the mint will still succeed and the new owner will be able to claim the new NFT.

How to mint the NFTs on Ethereum?

Ethereum allows people to easily write decentralized applications (DApps) using blockchain technology. It was first imagined by a Bitcoin programmer and co-founder of Coinbase, Vitalik Buterin, in 2013. In 2014, Ethereum went live after raising $18 million worth of BTC during the initial coin offering (ICO).

The Ethereum blockchain contains a virtual machine that runs upon the decentralized applications written on it. The Ethereum Virtual Machine (EVM) can execute scripts written in Turing complete language, which is a language that allows machines to execute any computation that has a well-defined result.

Each contract running on the EVM operates on its own blockchain known as the state tree. The EVM is run by every node in the network, with each node having a copy of the state tree. This means that all nodes are constantly in sync with each other, which makes Ethereum inherently resistant to censorship. The nodes are incentivized to keep the network running by earning Ether, which is used to pay for computation and storage space on the network.

Minting the NFTs on Ethereum consists of two main steps – Creation of the token and distribution.

First, you need to create a smart contract on the Ethereum platform, which will serve as a source of ownership. Then, you need to distribute the tokens through a special transaction. Let’s see how it works in detail.

For the creation of a token, you need to create a smart contract on Ethereum. After the contract is created, it will take some time to be available for use (you can check its status using the Etherscan website). Then you can create your token. There are several ways to do that.

After you have created the token, you need to do one more thing — add it to an existing wallet. It’s usually impossible to directly add the new token— you need to add ETH or another ERC20 token first, and then it can be converted into NFT. There are several ways to do that.

After you have created your NFT, you need to distribute them among users. This step is also important because users will see their balance after this step is complete. There are several ways to do that.

After distribution ends, the users will see their balance and can trade the tokens if they want.

Head of SEO and Author at Appy Pie