How to Create App Permission Requests No One Can Say No To? (& What to Say When They Say No?) 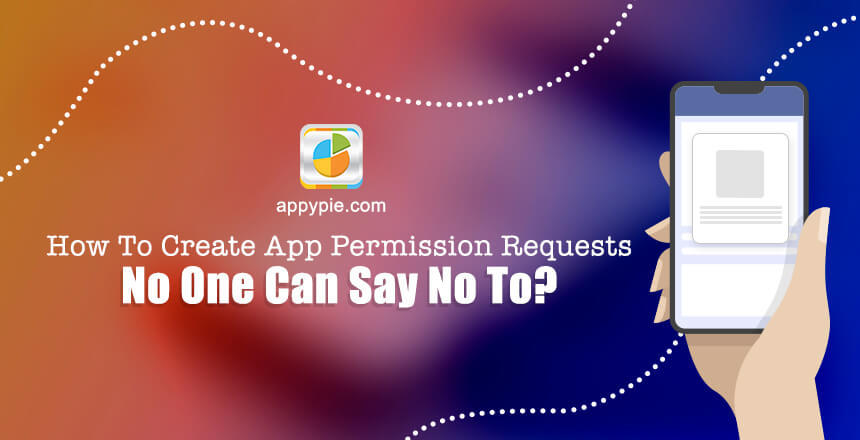 App Builder Appy Pie: The app users today are expecting a stellar user experience and even a little detail can ruin this experience for them. One of the most common reasons for this to happen is mishandling or poorly planning the permission requests for your app.

You must have noticed while trying to install some apps, you get bombarded by permission requests for a number of things like location, camera, album, calendar, contacts, push notifications, and other such things. For most of the apps the permissions they seek are critical for the core functionality of the app. It means that if they do not get the permissions or access to these system services, the app might not work as it is supposed to, thus bringing the value of the app down for the users. This can only increase the chances of the users abandoning your app entirely and even uninstall them.

“Did you know that an average app loses 80% of the daily active users within 3 days of it being installed?”

Most of the people who download an app open it only once, and then delete it or uninstall it. This is primarily because a lot of app users tend to install a great number of apps and try them out, but only after using the app after a few days do they decide whether they want to keep it or not.

Not all these uninstalls are because of dissatisfaction with the app quality. It is the first app interaction of the users that play an important role in determining whether the app users would have a good impression of the app or not.

Imagine opening a new app and being confronted by a barrage of popups, one after the other, asking you for a series of permissions. How do you think your app users are going to behave, if they were going through this?

You must make sure that your app is able to stay in touch with users before asking for any permission. This is important if you want to gain and retain some engaged users. Let’s get started and find out how you can create app permissions that your customers can not say no to!

How to Create App Permission Requests? [8 Things to Do]

Like most other aspects of your app, it is important to formulate a strong strategy for your permission requests. One of the worst things you can do is throw a whole barrage of permission requests without providing them with any notice or context.

Asking for permissions from the users too early or too late or asking for too many permissions in one go can prove fatal as they ruin the user experience manifold. Still this is the one mistake or set of mistakes that a number of apps are making all the time.

As you are sending out permission requests you are hoping for all the recipients to accept and say Yes! It is therefore very important that you build a robust permissions strategy. Now this strategy is going to depend on the clarity and on the importance of the type of permission that you are requesting. There are many aspects that go into building this strategy and we are going to discuss them all in good time.

Like we discussed earlier, subjecting the users (especially the first-time users) to a barrage of permission requests right at the time of opening the app is a common yet fatal mistake. Not only does this overwhelm the app user but may also prompt them to abandon the whole thing and move on to better experiences. Those that stay might get annoyed and simply tap on “Don’t Allow” for everything then there are some apps that try and include all the permissions in the on-boarding process. 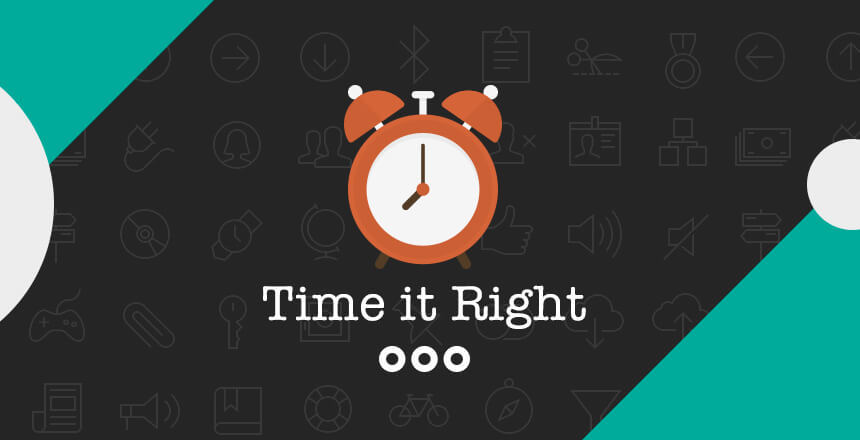 Through a number of tests, I have figured out that the ideal time to present a permission request to the user only when it is critically necessary. This approach explains to the user, the value of the app and its functionality, in contrast to multiple alerts disrupting the onboarding process. For example, if your app lets the users post photos through it, then you must ask for permissions to the camera or the album at precisely the moment when your user is about to post or take the photo.

The bigger idea here is to pair the feature that the app users is trying to use or access with the relevant permission request. You would not want to ask the app user for permission to their Gallery, when the app user is only trying to send a simple text message or post. The messaging you adopt must be clear, concise, contextual, and informative for you to get the desired results.

Once you have got the timing right, it is then important that you send out permission request prompts that offer some sort of a context to the app users. The context you offer would basically explain to the user what you are going to ask from them, why you are going to ask for it, and what are the benefits that the users who say Yes are going to get.

Apart from this, it is important to remember that there always is a percentage of people who might need you to convince them with a little more enthusiasm as compared to the rest. The way the users on a financial app would behave is so very different from the way teenagers would behave on a gaming app. The information or permissions needed for a financial app is definitely sensitive, which is why the app users are going to take some time and need a lot more convincing than a teenager on a gaming app.

The timing and the context are crucial as groundwork and for preparing the users, but how you draft out the request is important as well.

One of the most salient points here is mimicking. What we mean by mimicking here is emulating the style of language that the target audiences use themselves or are familiar with. It is important to study the conventions, pace, and flow of the target user group’s conversation.

Apart from that, make sure that you keep in mind the tone, wording, and writing style of the entire app and carry it on to the permission requests as well. The research that you conducted in the preliminary stages of app development can come in handy here, because it helps you understand the user behavior patterns of the audience that you are targeting.

This means if you have an app that uses an informal and trendy content all through it, the permission requests must also be drafted in the same tonality, without losing the character of the app.

The words you use, the tone of your messaging, and consistency are extremely important when it comes to gaining the app users’ trust. The tonality, the messaging, and the words you use, would help your app users create a connection with the app, and give them an assurance that the app and the permission requests are crafted just for them, to suit their interest.

Patience is the name of the game when you are developing a robust permission strategy for your app. The idea here is to wait for the user to take an action that is relevant to the permission request you intend to send out. 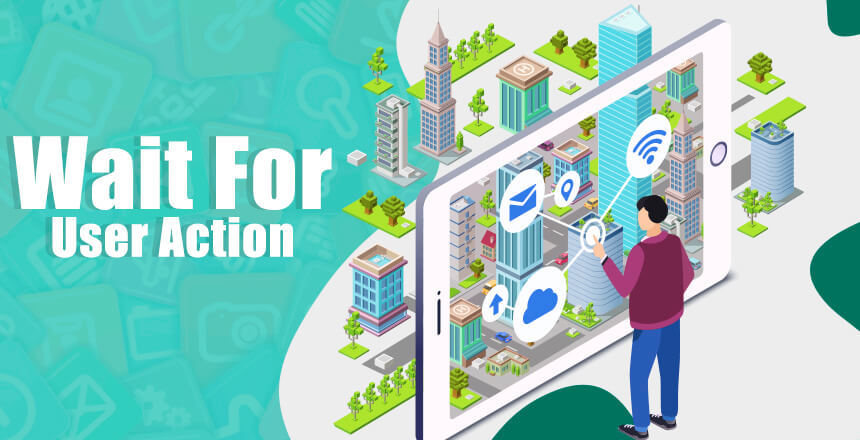 This way the app is giving the users a strong context, hence the users are likelier to give the permissions your app needs to function.

To get only but one shot at asking your app users to give you a Yes, is almost unfair. However, as a workaround, your app can display a ‘fake’ request before sending the real one.

The first ‘fake’ request is in fact a custom app UI and the user would only be prompted ‘for real’ if and when they agree to the custom UI prompt. Doing this can bring you two advantages:

There would always be a couple of permissions that may not be self-explanatory and may need some information to go with it. For these permissions you must make sure that there is an explanation for the benefit of the users.

One great place to do this is in the walkthrough or during the onboarding experience. This is where you can tell your users what your app can do for them and why do you need certain permissions that they did not expect. 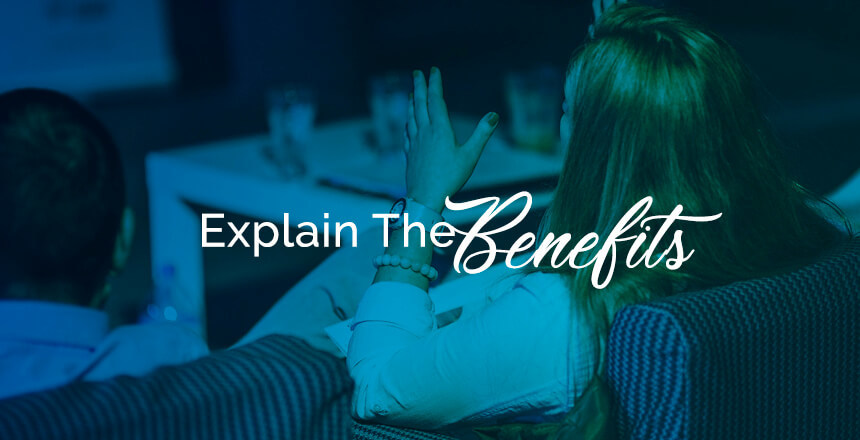 Whenever you are asking for permission in a sensitive arena, there would be a set of questions emerging there like:

It is a good idea therefore to let your app users know, openly why you are asking them for any permission, and how are you going to use any information that you collect.

The reason why getting a Yes from the app users for the permission requests is so important is because it is quite a hassle to actually guide them through the manual process of granting permissions.

Once the user has declined to give you the permissions you need for your app, you can’t prompt them again for the same permissions. If the user doesn’t grant your app the required permissions, the app is not going to function as they would expect it to, and they are going to get frustrated with the app, finally uninstalling it!

In case the app users have denied the permissions the first time, you need to work on developing and implementing a re-permission strategy.

Let’s say you have a food delivery app like Deliveroo and your app user has denied your app the access to their location services. Instead of letting the app users go on and use the app anyway, you can display informative, in-app messaging to educate the app user as to why the permissions are needed and how they can give the permission now. To make the experience seamless, you can also implement deep linking which would take the app user to the in-app settings on the device, allowing them to set the location services on – which is what you wanted all along!

One thing to take back from here is that every app is different and so is the audience. With research and experience, you would need to look at the best spot of prompting your app users for permissions that are critical for the functioning of your app. Maintain the language, tonality, style, and messaging of the app that the users are most familiar with and assure the app users that the information they are giving you stays safe with you and would not be used for marketing purposes or for any malicious activities. Test out different strategies analyze what works the best, before finally deciding your own permissions strategy.