How Virtual Money in Apps Can Help Developers Earn More? 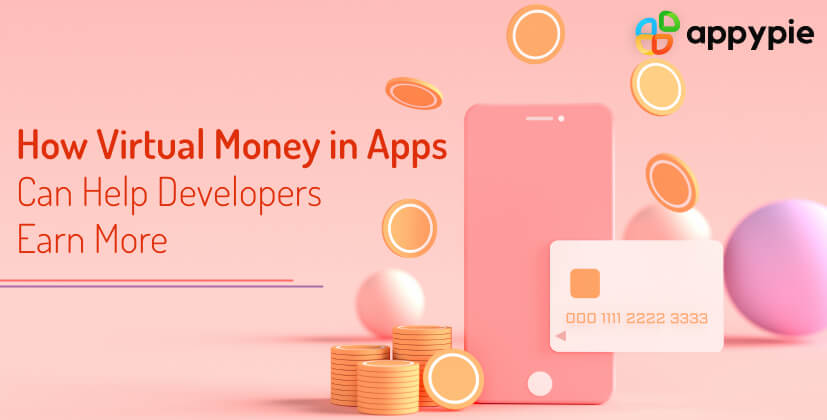 Virtual money is a proven way to earn more revenue, customer loyalty, and popularity. The idea of virtual currency is not a new one. It has been adopted near-unanimously by the gaming and mobile app gaming industry. Virtual money is a lucrative way for developers to earn significant revenue off the apps they have created. Virtual currency is so profitable that it can often surpass other revenue streams if done right.

Virtual currency in apps as an app monetization tactic is in a renaissance right now. The idea of virtual currency is an old hat to game design. Traditional PC and console games often rely on in-game money like gold or credits to track player progress. Players earn progressively greater rewards, as they cross levels into the game.

Ever since the gaming industry has moved online, in-game currency mechanics are used for aesthetic and game-related enhancements. In modern games, aesthetic upgrades for the game can be done through these virtual currencies. The game, by default, provides a limited amount of virtual currency. More virtual currency can be bought with real money.

Game design mechanics has been adopted by mobile apps too. It seems as though everyone, developers and users alike, are hopping on board the virtual currency train. But how can earning fake money be so appealing to both users and developers?

The reality is that virtual money, if designed in the right way is a brilliant marketing strategy for mobile games. By using virtual currencies carefully, you can take in huge revenue from your app. To prove our point on how successful virtual money in apps can be, here are a few statistics –

This money has no real life value—it ceases to be relevant the moment a player turns off the game. However, it does have value within the game itself. Most games offer players the opportunity to spend real money in-game, for upgrades and power-ups.

The strategy is so common in game design as it successfully builds user loyalty and satisfaction. Players love earning virtual rewards, often for the rush that comes with it, which is similar to the feel some people get while shopping or playing slots at the casino.

For example, Call of Duty, a massively popular video game offers a way to earn virtual money which resonates with its millions of players from all over the world. Players earn money for killing other players with some guns or for reaching a specified kill count in the game which goes back to buying new guns and upgrades. This helps keep the player invested in getting more virtual currency by:

The feeling of progressing through the levels of the game and earning virtual currencies is so powerful that many Call of Duty players willingly opt to enter “prestige mode”, giving up all of their guns and upgrades for leveling up process all over again. That is how effective virtual currencies can be.

Virtual money is used in most casual gaming mobile apps. Apart from gaming, such currency can also be found in virtual money trading apps. Virtual money in games meshes well with free-to-play gaming apps. These games can be engaging and can also encourage users to buy in-app purchases. In-App purchases are known to boost app developer revenue.

For instance, FarmVille was one of the first games to popularize the use of virtual currencies in casual gaming. It used two currencies, farm cash and gasoline. The farm bucks were common and easily earned. Gas, conversely, requires the player to get help from a friend or pay real money. Of course, the game wouldn’t let you pass certain choke points without gas.

The genius of FarmVille’s two-currency system is its ability to suck in players. They play the game for free. They earn farm cash, the same happy “rewarded” feeling as of Call of Duty players got triggered . However, the game intentionally makes gasoline difficult to earn. When FarmVille stops the player and asks them to get more gas to continue, many players willingly pay the real money to keep going. They got hooked.

The two-currency system isn’t a secret—many apps use this system for getting success. Two currency-systems means if a player buys a $5 pack of 300 gems and spends 250 gems on in-game upgrade, they can’t get the remaining 50 gems back. This encourages them to spend more within the app.

“Time-locking” activities is another way of using virtual currency in gaming apps. For instance, in Clash of Clans, building forts and defenses in Clashes of Clans takes real-life time which can be reduced by utilizing gems. Gems are difficult to earn in-game but the Clash of Clans store allows you to buy more gems.

One of the lesser talked aspects of virtual currency- a lot of gamers are accustomed to the concept of virtual currency. If you lock much of your game behind a paywall, you can risk irritating your audience. For instance, Plants vs. Zombies 2, a free-to-play sequel of one of the best mobile games ever was bombed because it mishandled the microtransactions. So, to make sure your game is not bombed, make it free-to-play and not pay-to-win.

If you want to learn how to efficiently monetize your virtual money, we suggest that you look into our free app monetization course on Academy. Tell us your thoughts on game currency in the comments section.