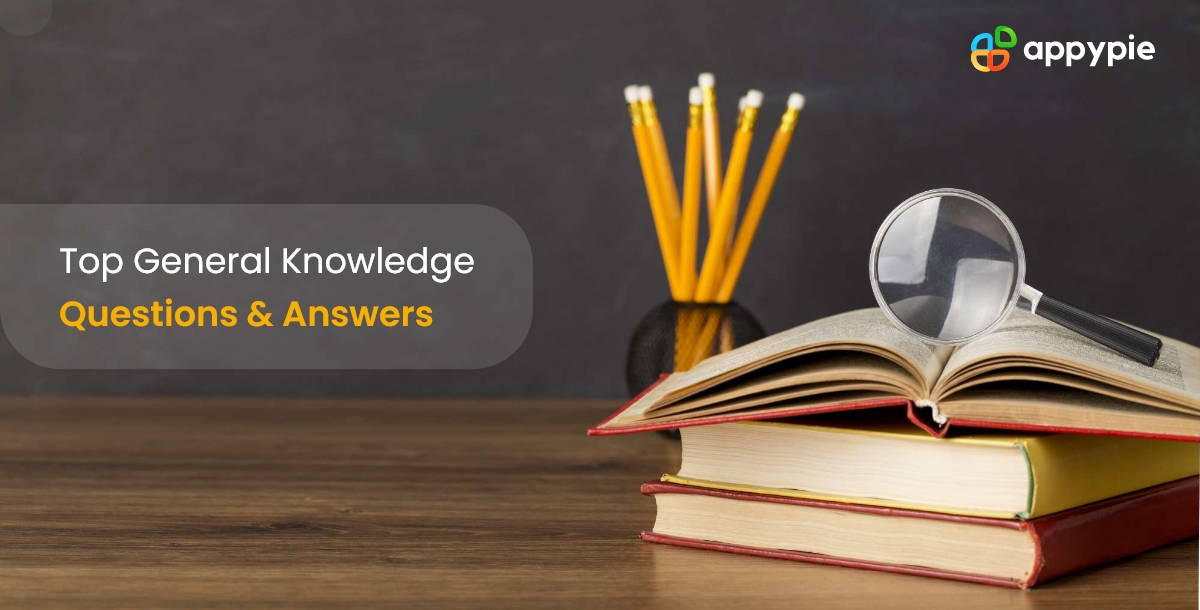 Basic general knowledge is important, especially when applying for a competitive exam, interview, or discussion, where you are evaluated for more than just your core skills.

In the post ahead, we will give you the top general knowledge questions with answers that will help you ace interviews and competitive exams and create a favorable impression in any professional discussion.

Not only can you practice with countless general knowledge questions and answers online, but you can also improve your quizzing abilities by creating an app of your own. You can not only sharpen your general knowledge but can also give other enthusiasts a channel to test their own!

These are only a few of the several thousand such questions you can look into while you prepare for an interview or a competitive exam. You can further sharpen your skills by making an app for you and others to use. Use Appy Pie’s no-code app development platform and make an app in minutes!

Create your own Quiz app!
✖
Get the latest
Updates, Information, & Trends
directly in your inbox