What is Ethereum And How Does it Work? (A Beginner’s Guide to Ethereum) 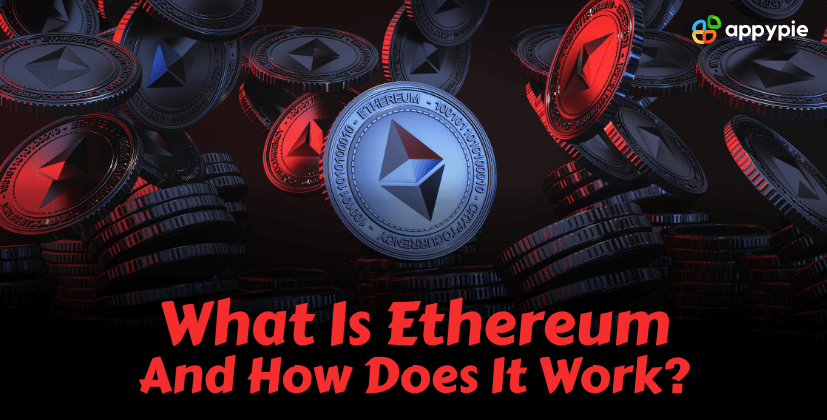 Ethereum is the second largest cryptocurrency behind Bitcoin with a market cap of $46 billion. A lot of big companies use Ethereum, such as Microsoft, JP Morgan, Toyota and Samsung. Many ICOs take place on the Ethereum blockchain.

But, do you know what Ethereum is and how it works? In this article, we’ll explain in detail all about Ethereum and how Ethereum works.

Ethereum is an open-source blockchain-based platform that runs smart contracts: applications that run exactly as programmed without any possibility of downtime, censorship, fraud or third party interference.

Smart contracts are high-level programming abstractions which are usually compiled down to EVM bytecode and then deployed to the Ethereum blockchain for execution. They can be thought of as autonomous self-operating virtual agents that nobody has full control over.

The Ethereum Virtual Machine (EVM), formally specified as Ethereum Yellow Paper, is the runtime environment for smart contracts in Ethereum. A fundamental consensus mechanism for Ethereum, EVM is a 256-bit register stack which is designed to run the same code exactly as it is intended.

The Ethereum Wallet is a gateway to decentralized applications on the Ethereum blockchain. With Ethereum Wallet, users can easily hold and secure ether and other crypto-assets built on Ethereum, as well as write, deploy and use smart contracts.

Proposed in late 2013 by Vitalik Buterin, Ethereum was funded by an online crowd-sale that took place between July and August 2014. With 72 million coins “pre-mined”, The system went live on 30th July 2015. This accounts for about 13 percent of the total circulating supply in 2019.

In 2016, Ethereum was forked into two versions. The former has had no real use by users in its ecosystem whereas the latter has garnered interest with major corporations such as Microsoft being involved in its development. Ethereum Classic has since seen a decrease in value against Bitcoin while Ethereum has seen an increase.

As of May 2018, over 1,800 decentralized applications (DApps) were built on the Ethereum blockchain, including token sales for projects like Gnosis and Golem. The most popular smart contract implementation deployed on Ethereum is Solidity, which is a Python-like language intended to be a high-level programming language for developing smart contracts and decentralized applications.

How Does Ethereum Work?

Ethereum works on blockchain technology. In case you’re not familiar, blockchain is an incorruptible digital ledger that records all transactions over computers. That ledger can be shared across a network of thousands of computers which makes it virtually impossible to hack. If a hacker plans to change one entry in the ledger, then it would change all entries – making hacking virtually impossible. This is why many companies are now using blockchain technology for their financial services and banking systems.

So what does Ethereum do? Well, it does exactly what Bitcoin does but it also allows users to use their computers to run applications and programs called smart contracts. These smart contracts allow users to send money directly from one person to another without any middleman or third party involved. With Bitcoin, both parties have to trust each other because they have no way of knowing if the other person actually sent the money or not.

For instance, if you want to buy something online using Bitcoin and you pay using your Bitcoin wallet, you need to make sure that the other party will send you the product as soon as you send them your BTC payment. With Ethereum smart contracts, there is no such uncertainty because everything is automated and uses computer code instead of human discretion. This means that payments are sent automatically by computers whenever certain conditions are met without having to trust the other party involved in the transaction. In fact, smart contracts can also be used outside of sending money from person A to person B – they can also be used for voting systems, crowdfunding platforms etc… The possibilities are endless!

Now that you know what Ethereum is and how Ethereum works, don’t wait long. Get started with Appy Pie Design and take advantage of the Ethereum world.