The Top Mobile Messaging Apps Around the World – 2020 [Map Included] 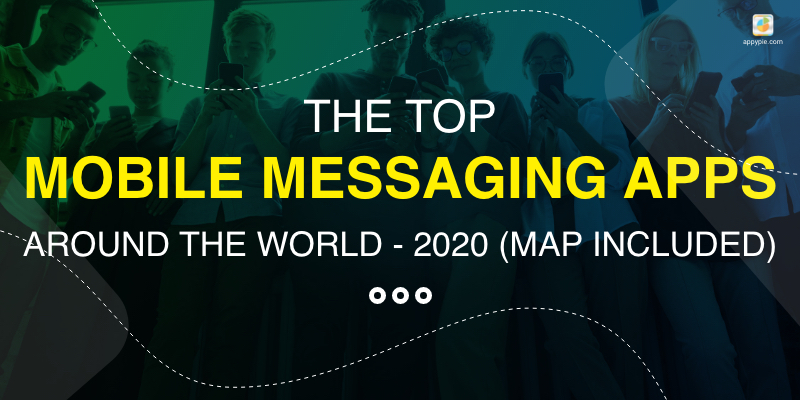 Did you know that there are only 25 countries in the world where WhatsApp is not the market leader?

It is addictive, it is fun, it is important, and well it is a great way to stay connected at all times! Now, according to the 2019 report from Appy Pie studying the popularity of different mobile messaging apps all over the world. Like previous years, this year too WhatsApp remains at the top of the list closely followed by Facebook Messenger. WhatsApp Messenger and Facebook Messenger come together to take the crown and reign at the #1 spot worldwide. 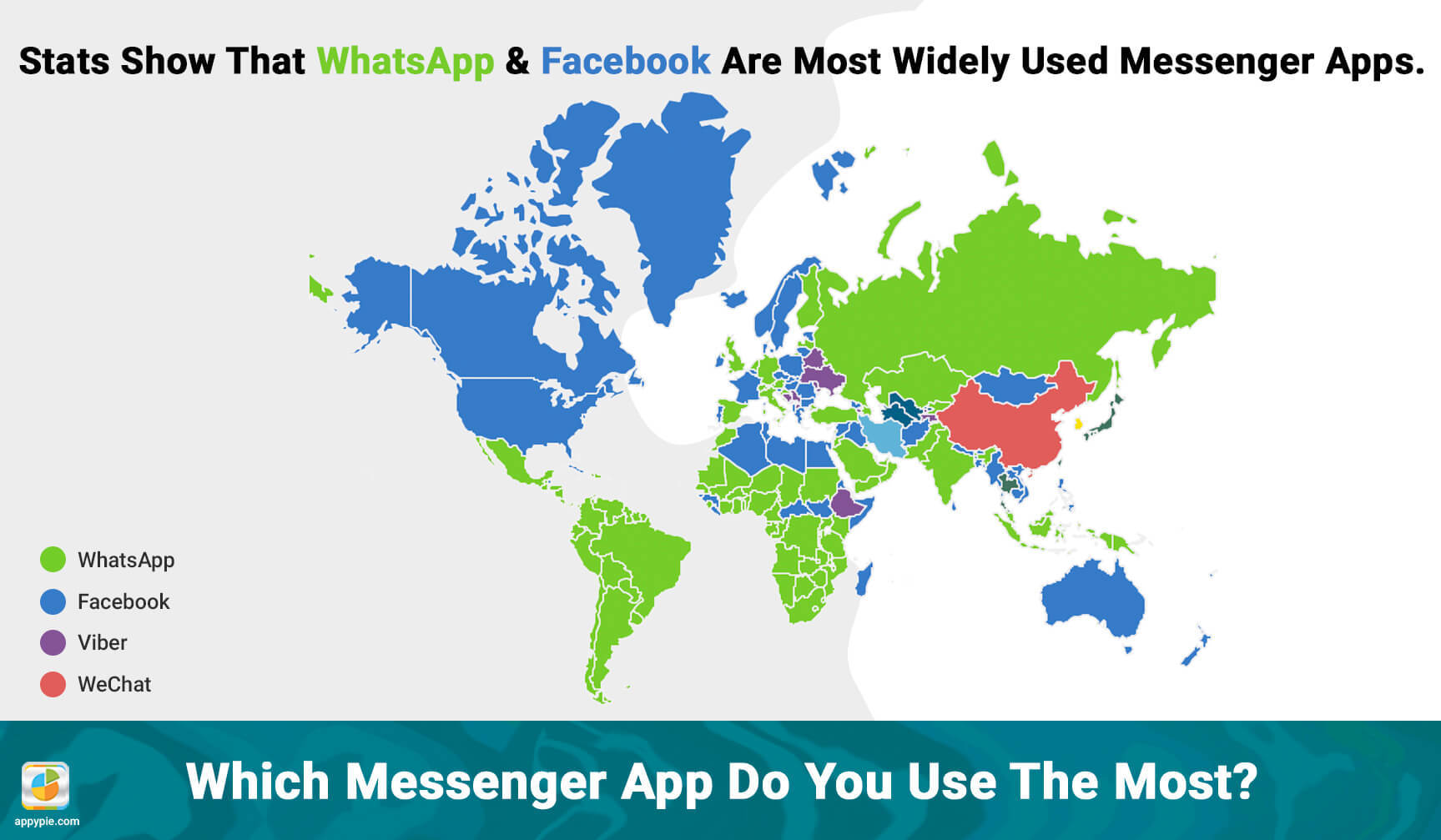 Apart from these chart toppers some other names worth mentioning include Viber Messenger which was the top messaging app in 10 countries, and Line which topped the charts in 3 countries.

There is a new entrant to the list this year – imo free video calls and chat which is the #1 messaging app in 2 Balkan countries – Turkmenistan & Uzbekistan.

The apps to drop out of the last year’s list from SimilarWeb include Skype, Zalo, & BBM.

When it comes to measuring the performance of any messaging app, engagement emerges as one of the key indicators. Talking about WhatsApp Messenger, the messaging app does not just lead in the countries where it is at the top, it virtually dominates the market in all those countries. In 45 of the countries where it is at the top of the list, the app has been downloaded in more than 90% of the devices. In India, this messaging app is wildly popular and is installed in about 95% of the Android apps and 75% of the uses of this messaging app use it on a daily basis. The South African users are comparable to the Indians in their enthusiasm for the app though the install rate there is a little lower at 92%. In the United Kingdom, however, WhatsApp Messenger is installed in 84% of the Android devices and 56% of the users use it daily!

Facebook Messenger, on the other hand enjoys a comparable penetration only in 8 countries and Philippines is at the top with 91% installation rate. In the United States and France, however, the figure is somewhere around 60% and 41% of their users use the app on a daily basis.

To get a holistic picture of the performance or success of a mobile messaging app, penetration can be considered one of the most useful indicators.

A total of 131 countries (70% of the world’s countries analyzed) both have WhatsApp Messenger and Facebook Messenger at #1 & #2 spots.

We have talked earlier about the global leaders in the field of mobile messaging apps, here we are going to give you a comprehensive list of the top 9 mobile messaging apps that we have used and enjoyed (or not). The fun thing about these mobile messaging apps is that almost all of them offer to their users, free voice or video calling and even free mobile texting in some cases whether the user is connected to the Wi-Fi or a data plan from their service provider.

The leader in their arena, WhatsApp is the global leader whether it is about market penetration or about user engagement. This has been established by the information we shared with you earlier on in this post. 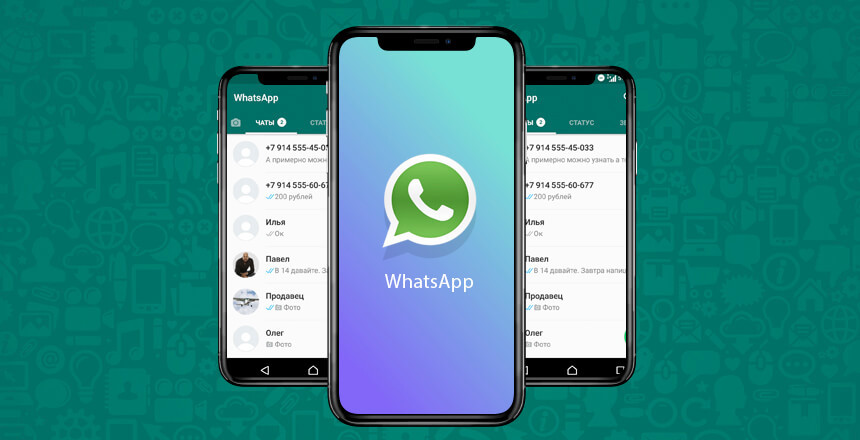 WhatsApp is a wildly popular mobile text messaging app that is designed for smartphone and tablet users enabling them to send text messages and make voice or video calls using internet (Wi-Fi or cellular data networks).

Part of its charm is that the messaging app is really easy to understand and has a ‘no frills’ design in contrast to some of the other messaging apps that can overwhelm the users.

The instant messaging app that is at the spot #2, Facebook Messenger app which was separated from the social networking app Facebook in 2014. 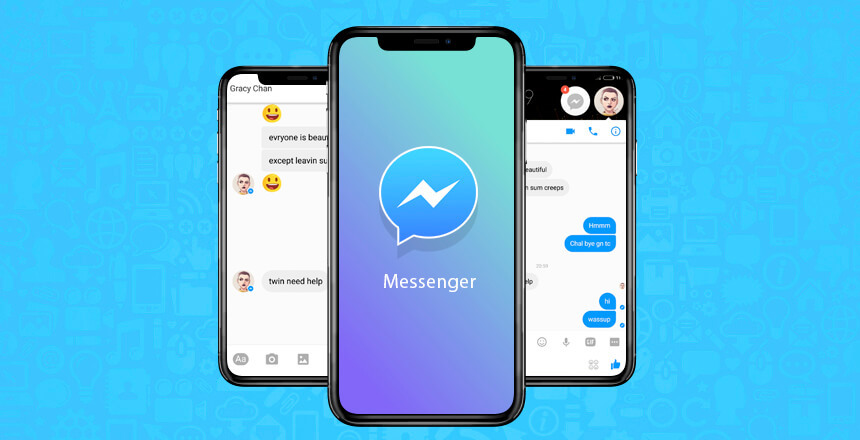 One of the top 3 instant messaging apps Viber, is popular for its ability to work between smartphones, tablets, and computers. 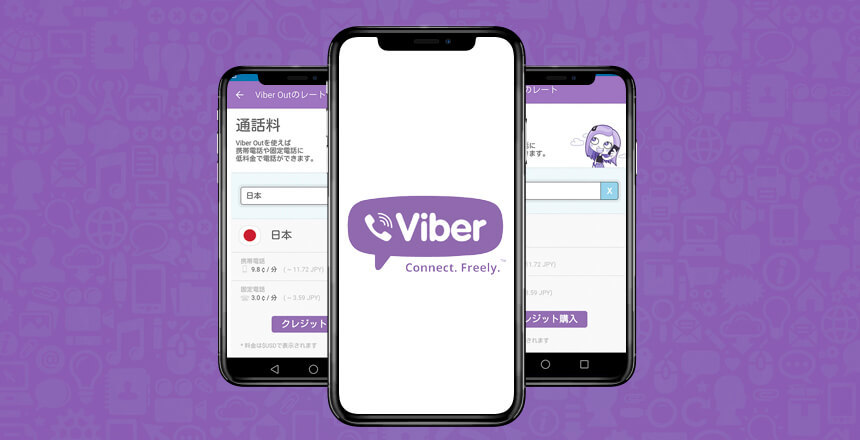 A unique text messaging and voice calling app that has an element of social entertainment attached to it, thanks to the networking and gaming features in it. 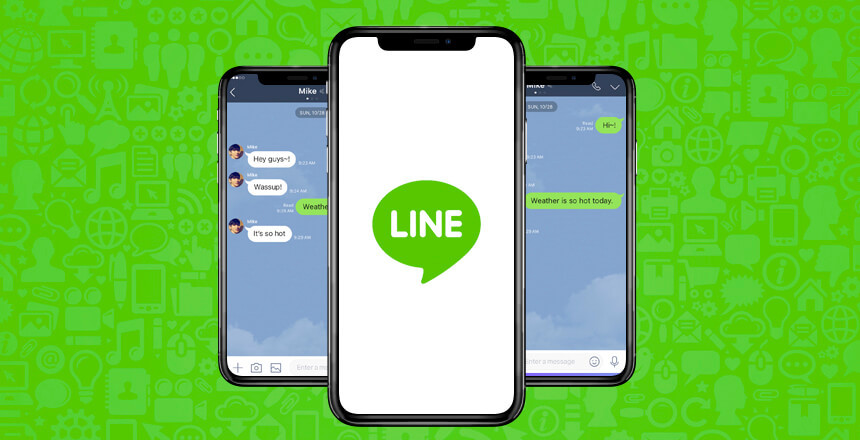 WeChat is more than just a messaging app, in fact a great blend of messaging, social gaming, and even social media. 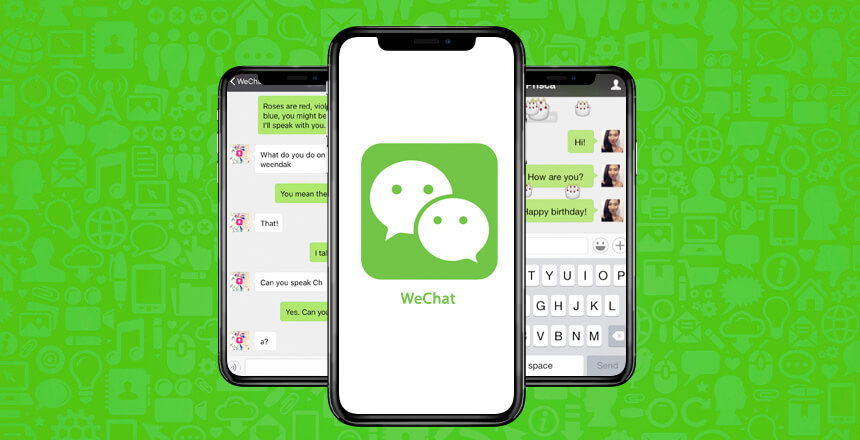 A cloud-based messaging service, Telegram is great for speedy and secure messaging. The app is accessible from all the devices simultaneously and has some truly unique features. 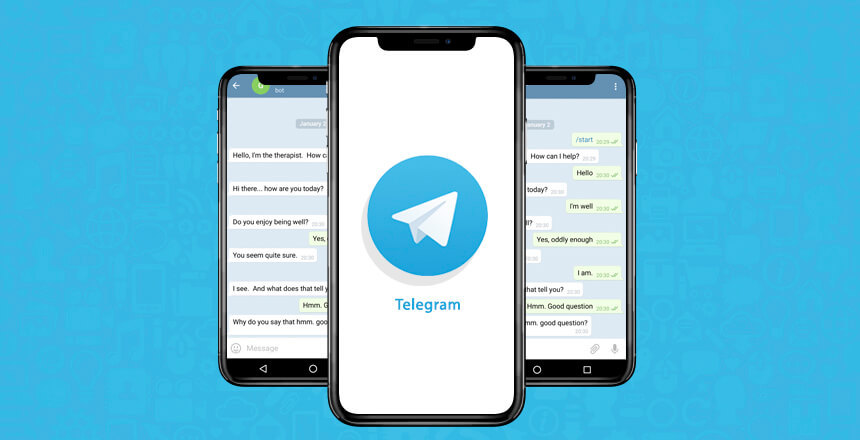 The original proponents of the disappearing posts, Snapchat is known for letting you send multimedia messages that self-destruct after the time you set it up for. It is the ephemeral nature of the posts on this platform that not just made the app popular, but also wildly popular (especially among the millennials). 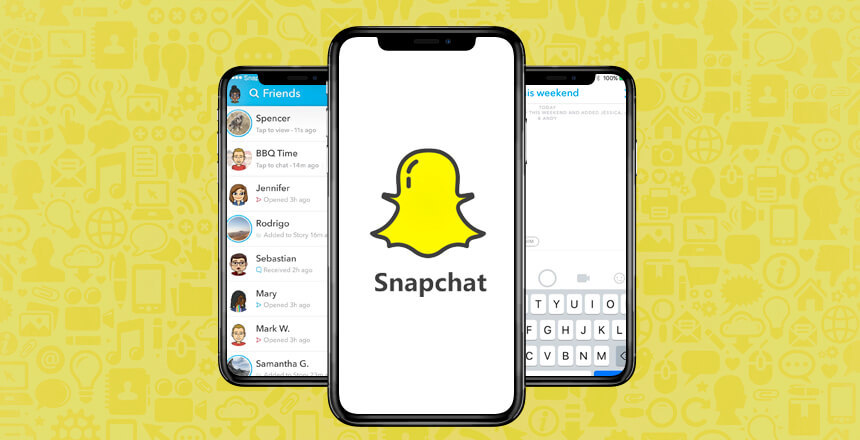 Coming from Google, Google Hangouts is one of the most underrated messaging apps. 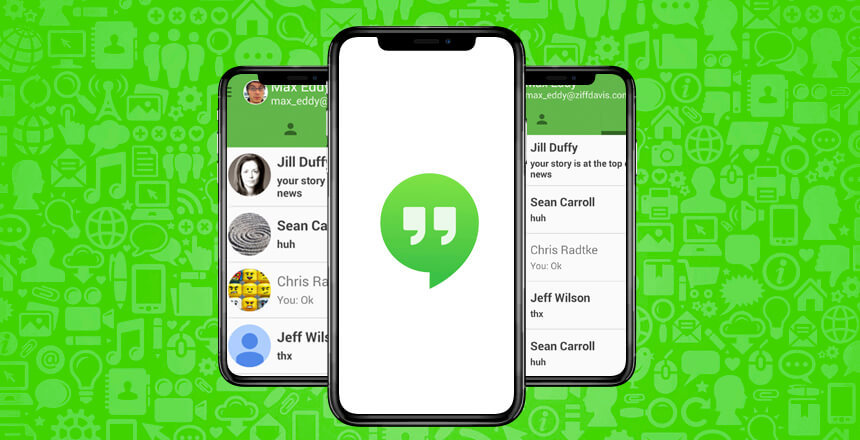 Voxer is known by more than one name like walkie talkie or push to talk app as it delivers voice messages live! The recipient, whether it is an individual or a group can listen to the message immediately or later at a convenient time. The message would be instantly played in the recipient’s phone speakers (provided the phone is on and the app is running) or would be stored as a recorded message like voicemail. 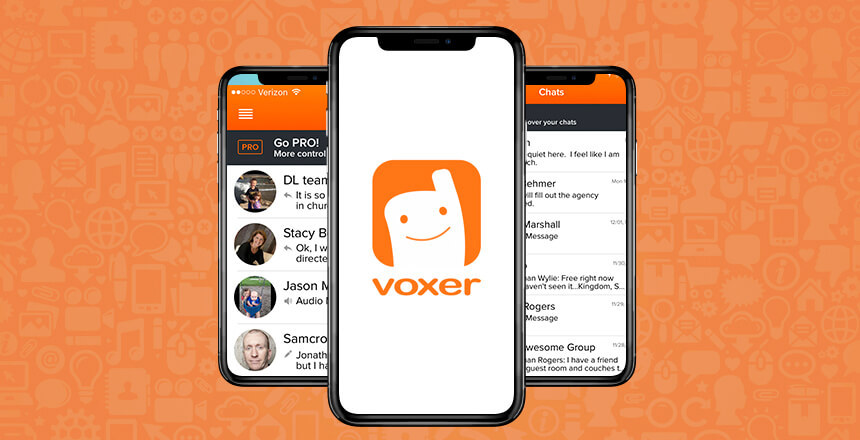 The popularity of a messaging app is different for different countries, but WhatsApp is the clear winner globally. As of October 2019, 1.7 billion users are active users of WhatsApp messenger, but the reach and user penetration for this popular app is mostly outside of the US.

Trustpilot
Reviews on this page are powered by Trustpilot where Appy Pie is rated 4.9 with 2120+ Excellent reviews.You can post a review for Appy Pie on Trustpilot by clicking on Write a review.