How to Integrate Slack and Microsoft Teams? 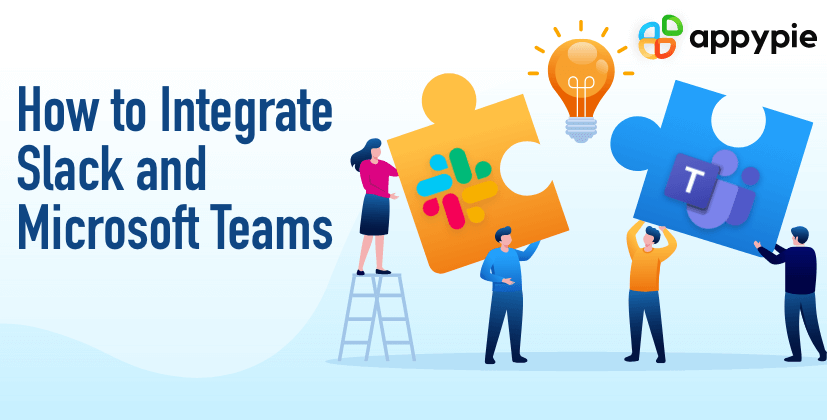 Both Slack and Microsoft Teams have taken over the industry and are on their way to become the default way of employee, business communication. For people interested in a little bit of history, the Slack-Teams rivalry began even before Teams was introduced. Back in 2016, Slack was about to be acquired by Microsoft. However, that deal never came through and Microsoft ended up investing the amount in their own business creating Teams in 2017.

The key purposes of a collaboration software is to provide a working interface that allows users to work under one interface saving a lot of time. Both Teams and Slack are what can be termed as collaboration software. However, despite their similar purposes, both Teams and Slack are completely different. Before we go further, let’s try and understand the difference between the two software.

Key Differences Between Slack and Teams

The reason Microsoft Teams wins out for bigger enterprises and why it is sought out more is because it gives users access to the Office 365 suite. The suite includes powerful applications like Word, Excel, Outlook, OneDrive,etc. It is one of the biggest selling points for Teams. On the other end of the spectrum, Slack does not have access to most of these applications. It does provide access to a few Office 365 apps but they’re not exactly enough. However, Slack provides an unmatched 1500+ integrations for its various applications. That does sort of cancel out the drawback of not having access to Microsoft Office.

Why We Need An Integration Between Slack and Teams

Coming to the meat of the matter, while both Slack and Teams are simple collaboration software. However, businesses choose one of the two for their requirements. In some cases, different parts of different organizations may use both software. Both of these use cases suffer from certain limitations because of a lack of integration between the two. Here are the limitations:

Infact, here’s an infographic to give you perspective on how advantageous this integration is

How to Integrate Slack and Microsoft Teams

Glad you asked! That is exactly what this blog is supposed to tell you. Integrating Teams and Slack may seem like a big deal but with a workflow automation tool like Appy Pie Connect it is a matter of minutes.

That brings us to the big question. How does the Slack-Microsoft integration work? It is very simple actually. Appy Pie Connect lets users create a visual workflow for all the work they are doing. Using this visual workflow you can add Slack and Microsoft Teams and define ‘triggers’. These triggers when met will automatically share relevant data between the two software. Everything from file transfers to video calls to sending memes can be made possible in 5 easy steps.

Step 1: Choose Slack as a Trigger app and authenticate your app on Appy Pie Connect.

Step 2: Select the trigger that will start a data exchange between the two software. You can have multiple triggers.

Step 3: Pick Microsoft Teams as the action app and authenticate your Teams account.

Step 5: Select the data you want to exchange between the two software. You can change this as per your needs. That’s it! Your Connect is now ready.

Direct integration between Slack and Microsoft Teams may never become a thing. It’s simply because they are direct competitors. However, with Appy Pie Connect you can leverage the best of both worlds. Let us know in the comments how your experience was with both the software.