The digital market is not limited to just the web anymore as mobile has come to prominence almost eclipsing everything else that was popular until some time ago. Businesses have quickly realized that their customers are on mobile, hence their efforts in establishing a strong mobile presence and their mobile marketing efforts have gotten more sincere and focused as well. As the smartphone market is growing exponentially, it has come to prominence in the overall picture of the digital world. This has eventually led to a growing demand for skilled mobile application developers as well.

Now the Android and iOS tussle has gone on for a long time and each has their own proponents and limitations. Both the operating systems have wildly different approach and strategies, and both have gone on to capture a huge audience for themselves. However, the iOS has managed to leave a deeper impact on the digital world and most entities within.

iPhone App Development on its Way Up

iPhone app development has emerged as one of the most lucrative business ventures, especially in the recent couple of years, with companies all over the world hopping on to the platform. The appeal for the platform is not diminished by Apple’s unrelenting commitment to only providing what is best for their users. In fact, the rules or guidelines put forth by Apple are pretty stringent as compared to the industry standards and must be adhered to by any developer or a company that intends to release their app on it.

The process of scrutiny that an app has to go through before being published on the platform is quite intense and needs strict adherence to the design and development set forth by Apple, including thematic structures, smooth UX/UI, and continuity.

iOS app development has a huge scope and massive potential when it comes to the range of actions and abilities that you can lend to the app on this platform and this is quite evident even with a cursory glance at the Apple App Store. 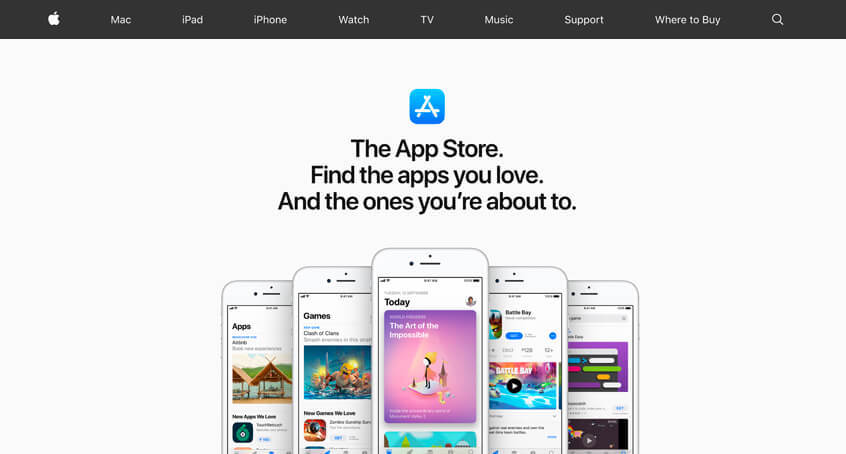 Though in the number game, the Android apps are leading, but when it comes to the revenue earned, iOS platform is the clear winner. The whole enthusiasm around iPhone app development is because of the kind of revenue that can come with it. The buying behavior on the iOS platform is a lot more favorable for the developers as compared to other platforms when it comes to earning from your app, and this is the main driving force behind the rising popularity of iOS app development.

1. Swift is the biggest positive when it comes to iOS mobile development

The foundation of app development lies in the coding, if that is weak, the app is not going to be a great one either. Swift, the popular programming language has been accepted and is being widely used by iOS app developers of all scale and backgrounds. The language delivers on its promise of delivering great results with minimal coding. The language, in fact also serves as quite an efficient communicator between the computer and the coder, thus making it easy for the computer to understand what is required of it.

Emulators make the whole process of mobile app development a lot more intuitive and help you create experiences that keep the app users hooked. This is why the quality of emulators is of particular importance. As compared to other operating systems, iOS emulators are definitely faster and also offer great support. This decidedly makes the iOS emulators better, helping the developers in speeding up their app development process and in making it a whole lot easier.

It has been established through research that it takes 30-40% less time as compared to Android apps. One of the reasons why this happens is because writing code for iOS apps is easier. As mentioned earlier in the article, Swift makes it easy to write iOS apps as compared to Java for Android which takes considerably longer.

Another reason why it is faster to create iOS apps is because Android is open source and there is no standardization. This leads to more types of devices, varied components, and software fragmentation that needs to be dealt with. Apple on the other hand has a closed ecosystem which means that there are only a few standardized devices and operating systems.

The developer support and tools offered by Apple is superior as compared to all the other operating systems including one of the market leaders – Android. Being open source, the Android platform lacks any kind of standardization which makes it more difficult when it comes to finding good developer support or tools to help with development. As the focus is sharper when it comes to iOS app development, the support and tools available for it is more evolved as well.

Even a perfectly developed Android app has a high chance of running into bugs simply because they have to deal with a huge number of brands, platforms, and screen sizes! However, the number of versions and types of devices are limited in case of iOS app development, thus making it relatively easier to build the apps and reducing the chances of unforeseen bugs in the app.

6. If you want to monetize your app, you should look into the likelihood of users making purchases on iOS or Android

It has oft been discussed that Android users in general are less willing to pay for their apps and are, in general not big spenders. This is why on the Android platform, free apps with in-app ads are more common. In spite of almost half the number of downloads, Apple App Store generates twice the revenue of Google Play.

7. It’s easy to maintain an app when users keep the OS updated

Due to the countless device resolutions and screen sizes, it is quite tough to ensure that your app is compatible with the platform. This is in addition to avoiding or minimizing bugs and crashes for users who are still on the older versions of the operating system.

The cost or budget of any project depends heavily on its overall scope and complexity. The bigger and more complex the project is, more will be the budget or cost associated with it. As we discussed in prior points, due to the complexity in coding and the huge number of device resolutions one needs to deal with, in Android app development the development costs are bound to run high. For developers, cost factor is one of the most critical deciding factors when making a choice between Android and iOS mobile app development.

This is an important metric to track while comparing Android development with iOS development. Statistically, iPhone owners display more loyalty to Apple than the Android owners for their devices. In a recent survey it was discovered that 92 percent of iPhone owners accept that they would buy Apple devices only. This percentage was 77 percent for Samsung, 59 percent for LG, and 56 percent for Motorola.

Whether you choose to create an iOS app or go the Android way, the decision needs to be taken after garnering deep insight into both the platforms. The choice should be defined by the various considerations including your target audience, your budget constraints, and whether the focus of your app lies in making money or expanding your reach. However, there is a way to get both versions of your app without burning a hole in your pockets. All you need to do is go to appypie.com and start building your very own app now!