Initial Coin Offerings – The Next Frontier of Startup Funding 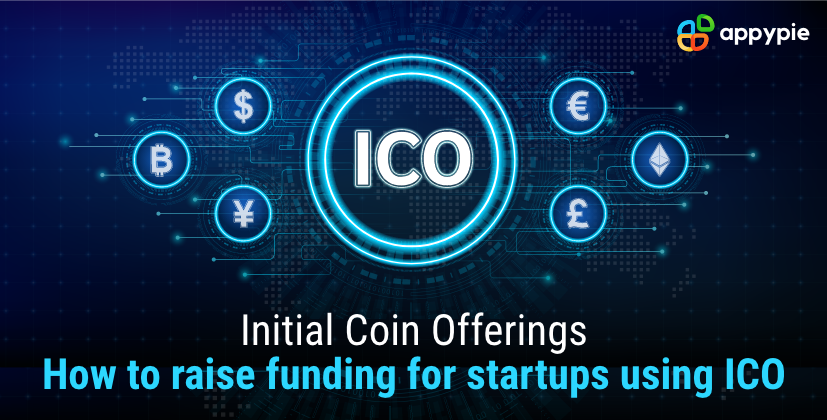 Blockchain.com wallets reached 81 million wallet users in April 2022 (Statista, 2022). According to Statista, the global user base of all cryptocurrencies increased by nearly 190 percent between 2018 and 2020.

These numbers indicate that it is more than just a flavor of the season and has gained massive popularity for a good reason. The technology has evolved, and the emergence of cryptocurrency, NFTs, and ICOs has brought about sophistication and complexity to the entire system. The NFT market cap grew nearly ten-fold between 2018 and 2020, which further led to an elevated interest in NFTs. The best part is that you can create your own NFT collection on Appy Pie and start exploring this lucrative business opportunity.

Generate your own NFTs

In fact, with Appy Pie, you can even create your own Cryptocurrency app without coding.

Make your own cryptocurrency app

We have talked at length about virtual currency and NFTs, but one important aspect of this system is ICO or Initial Coin Offering, and that is what this blog is all about.

Considering the popularity and wild success of blockchain and cryptocurrency, there is a high probability that you have had at least one (maybe more) good blockchain-based idea. How do you plan to fund it, though?

With your blockchain-based startup, you have another option – initial coin offerings. Let’s start right from the basics and address the most important question – what is ICO?

An initial Coin Offering or ICO is the blockchain equivalent of an Initial Public Offering or IPO. A blockchain-based startup can launch an ICO to raise capital for startups. Investors who are interested in the ICO can buy into it and receive a new cryptocurrency token issued by the company.

This token can represent a stake in the company or have some significance related to the service or product offered by the company. Much like an IPO, a company that launches an ICO, desires to raise a certain amount of money in a stipulated period. Should they fail to raise this sum, the ICO is considered a failure causing the token value to drop.

Why are ICOs so popular as a way to raise funding for startups?

There are multiple reasons why ICOs have gained such massive popularity for start-up business funding. Let’s list them out:

However, simply because there are multiple benefits to launching an ICO, it does not mean that everything is rosy!

The crypto and blockchain world is extremely competitive and subject to great scrutiny from the regulators and the community. The failure rate is disturbingly high. In fact, as of February 2018, 46% of the previous year’s ICOs had already failed, even though they had raised more than $104 million.

How does ICO work?

In an ICO, a startup creates digital tokens and sells them to people through crowdsales, typically in exchange for cryptocurrencies like bitcoins. If the startup reaches its goal, the participants receive their tokens automatically, and if it doesn’t reach the goal, participants get their funds back.

Here are a couple of critical things that you must consider while designing your token.

In 2017, ICOs generated more funding for startups than early and seed venture capital.

Things to know before launching ICO to raise capital

First and foremost, question yourself whether launching an ICO is the right strategy for you.

Though the prospect of raising millions in months can be quite appealing, it is important to acknowledge the fact that not every project can raise capital with an ICO.

Here is a list of some highly effective and popular token sale models:

How to prepare for the ICO drop?

Launching your ICO is more than mere technology. Let’s list out the top points you need to remember while preparing for your ICO drop.

Now that you know the basics of ICO and how you can use it to fund your startup, it is time to get cracking and bring your blockchain idea to reality.

What would you do next? Generate NFTs, create a cryptocurrency app, and build an NFT marketplace? Do you have any ideas you would like to share with us? Drop a comment below. I would love to help you bring it to reality!