Different Characters of Rings of Power & Lord of the Rings 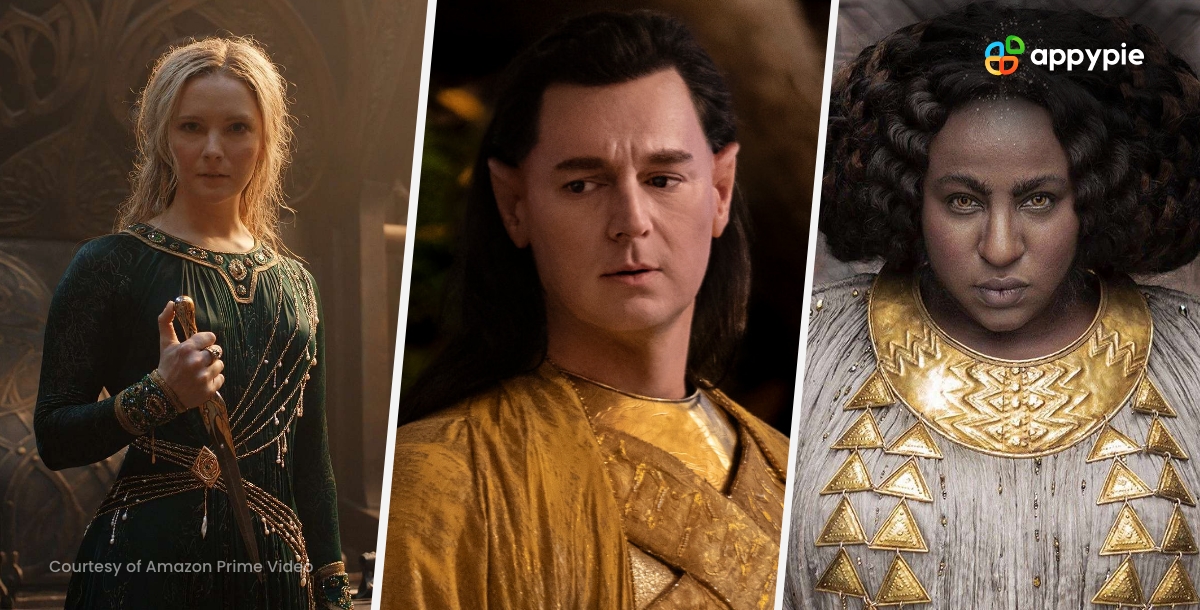 With a host of new faces, The Lord of the Rings: The Rings of Power is one of the much-awaited and most talked about series. Along with some new faces, a few familiar faces are also there. However, keeping a check on who’s who is actually very challenging. Especially if we talk about more and more people present in the realm of Lindon, Numenor, and Khazad-dum, the list is never-ending. Also, we can’t forget the Harfoots with a mysterious man.

In order to help you along the way, let’s take a deep dive into the different characters of Rings of Power & Lord of the Rings. In this blog, we’re breaking down the characters and their part in the new creation of JRR Tolkien’s original show. 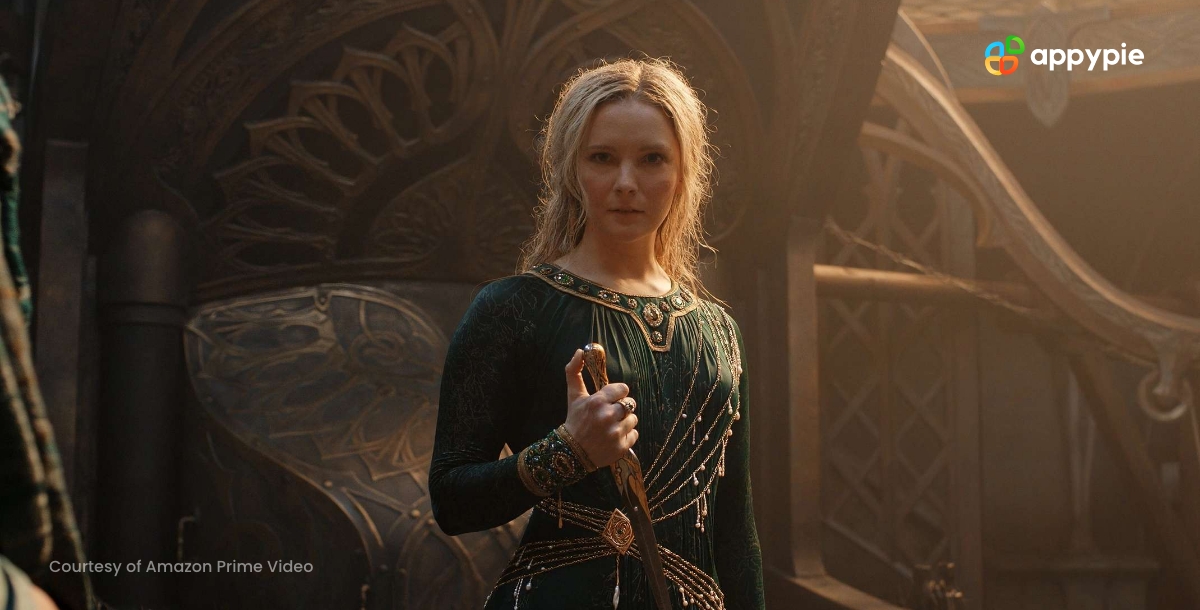 If you’ve watched The Lord of The Rings trilogy, directed by Peter Jackson, you might be familiar with Galadriel’s character. This elf was one of the critical characters of the story, and young Cate Blanchett played her in the movie. She was an ethereal ruler who welcomed the fellowship. In the series, The Rings of Power, we’ve Galadriel, who is much younger than the character in the movie. And this is a very different one from the film. She’s a ferocious warrior searching for Sauron after her brother’s death. 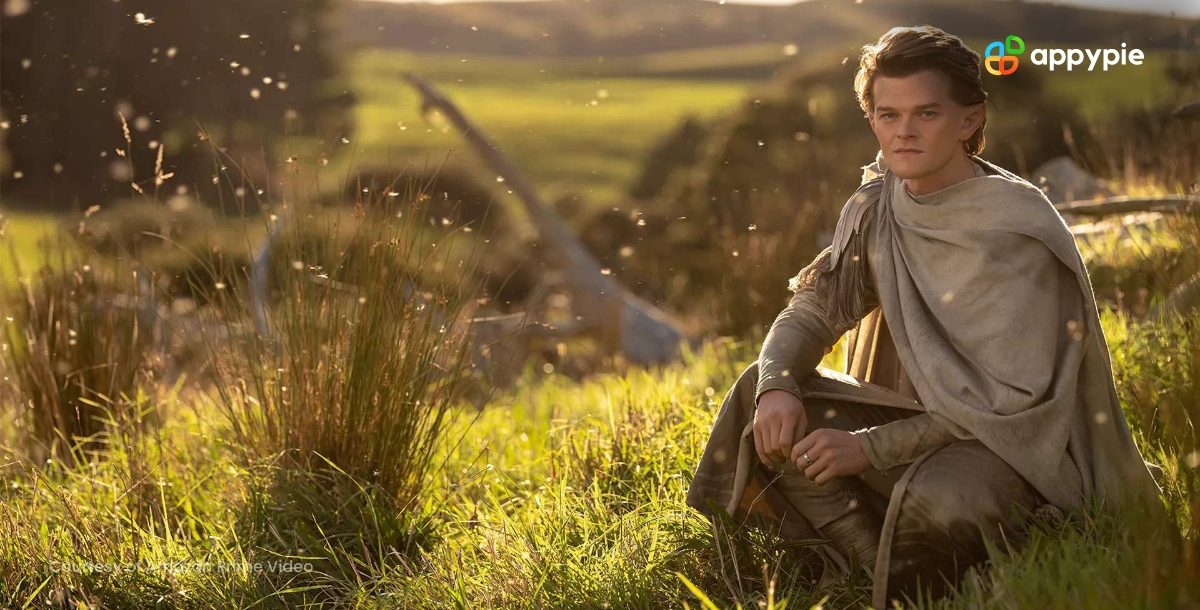 Elrond is another familiar character in the series. He’s the future chief of Rivendell. Hugo Weaving played the character of this half-elf in Peter Jackson’s The Lord of The Rings. Elrond is a young politician usually out of important decisions and discussions because he hasn’t become a lord yet. However, he soon gets on another mission in which he has to help Celebrimbor. 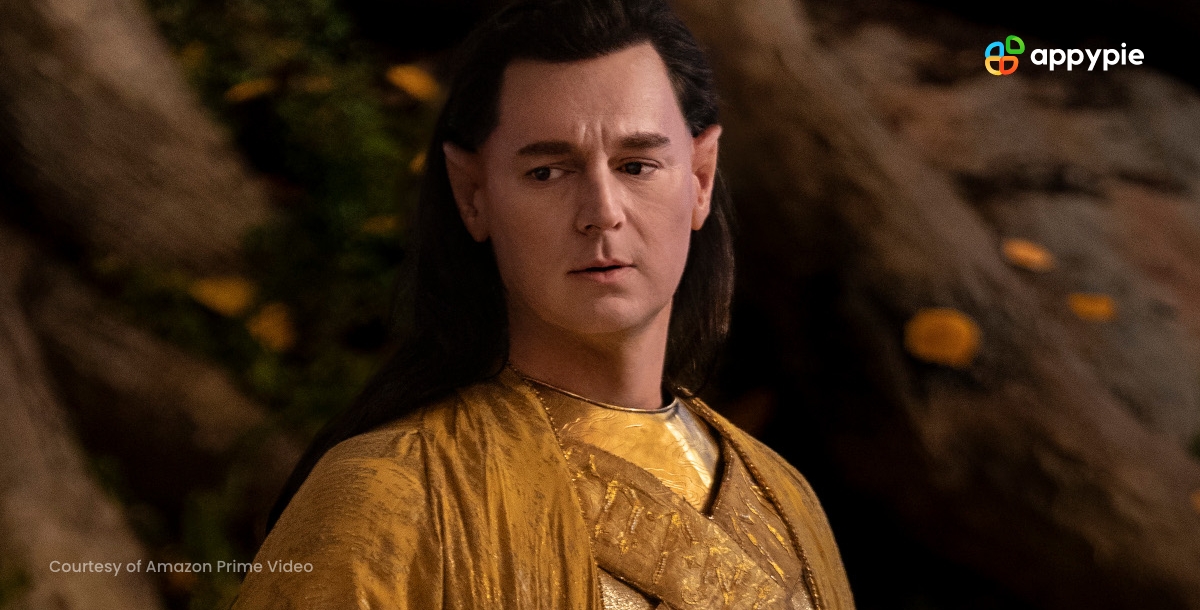 Gil-galad is the legendary elf king who rules the Kingdom of Lindon. He’s a level-headed king who believes Middle-earth should go for peace instead of hunting out the evil like Galadriel thinks. Also, if something is not correct or if there’s something dark threatening his Kingdom, he senses it immediately. People who have watched or read The Lord of the Rings would be familiar with his name since there’s a song in the movie called ‘The Fall of Gil-galad,’ which tells his peculiar story. 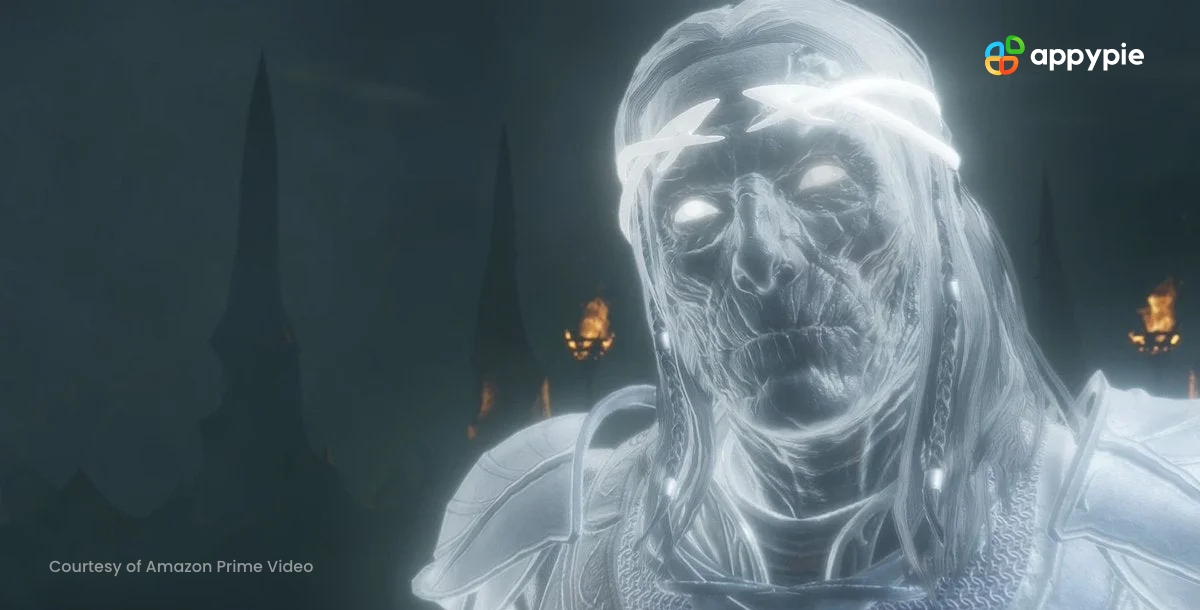 Smith Celebrimbor is the legendary elven who plays one of the most critical roles in The Rings of Power. He’s first introduced in the series while having a meeting with Elrond. The meeting was about joining the young politician Elrond in the ambitious plan of Smith Celebrimbor.

Unlike the elves we’ve been talking about so far, Arondir doesn’t come under the influential leaders of Lindon. Instead, he is one of the Silvan elf soldiers in the Southlands. It is described in The Hobbit that Silvanus is a bit different from High Elves as they’re less wise and more dangerous. The race between High Elves and Silvanus was mentioned, but the character of Arondir was explicitly created for the series only. 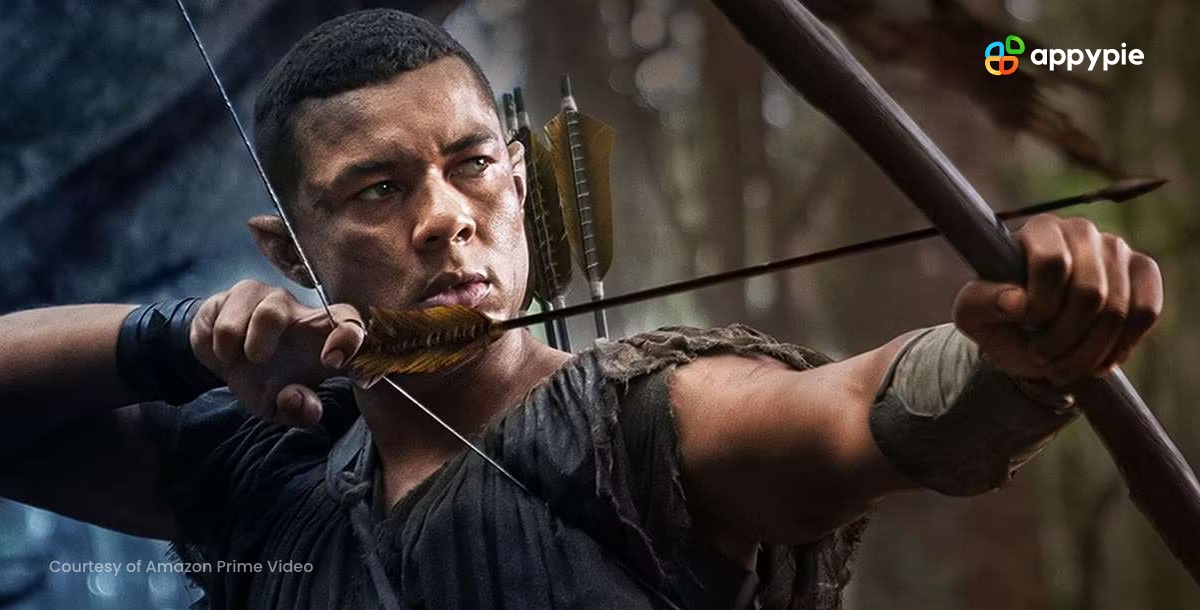 Elves have been stationed in Southlands in order to keep an eye on the people living in the Kingdom after they federated with Morgoth in the First Age. 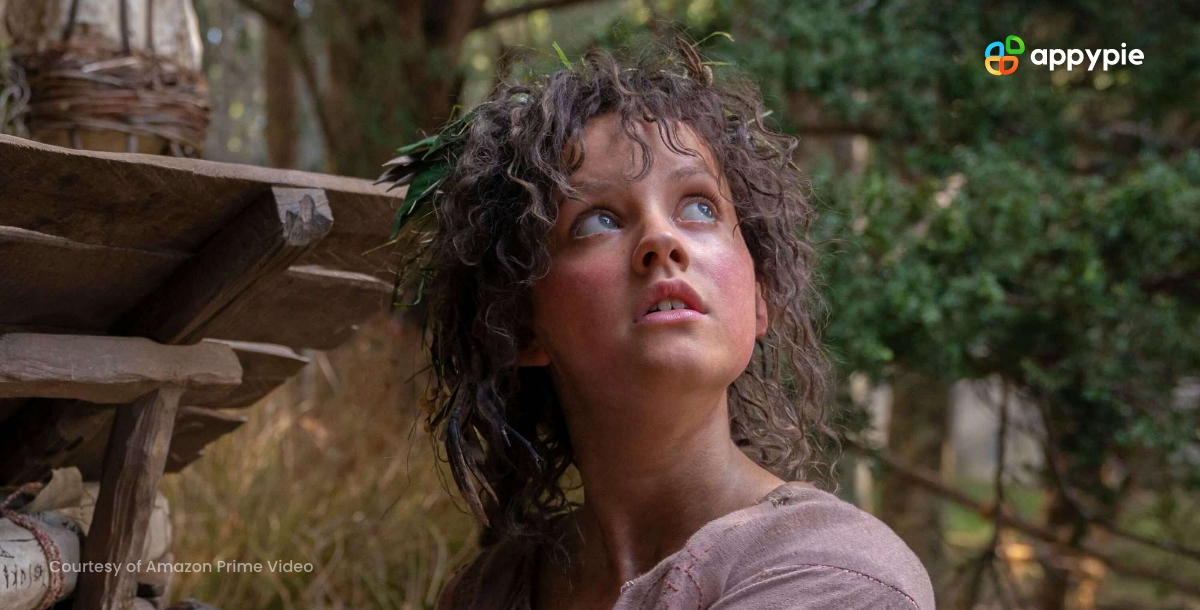 Unlike Elves and Silvanus, Elanor is the Harfoots. They’re the early predecessors who roam with the seasons. Though they were only mentioned a little in the movie, the series has made them one of the central parts of the story. Thus, all the characters of Harfoots are the show’s creation only. The most crucial member of Harfoots is Elanor. She always looks for some new adventure and finds herself in trouble. Her eyes are fixed on the sky; she constantly wonders if there’s another life up there. And when she finds out about a mysterious man who is believed to have come from a meteor, it’s like she got what she wanted. 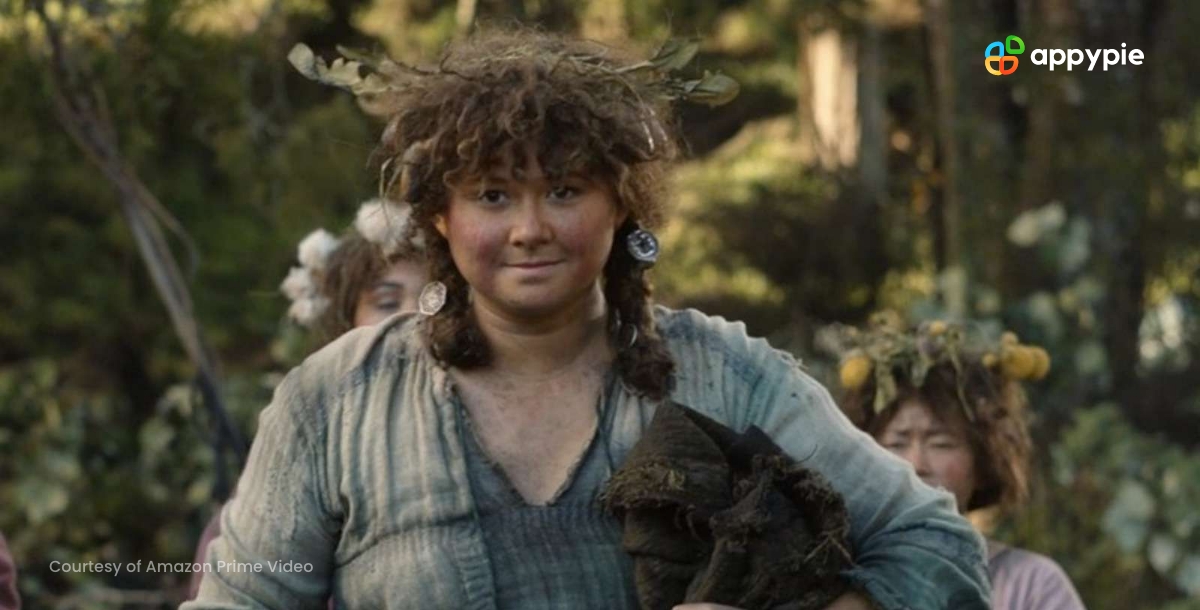 Poppy is known to be the best friend of Elanor, who mostly gets pulled into her adventures. She has to follow all the ill-advised adventures of her pal. That means she also knows about the mysterious man. While keeping this a secret, they team up to discover who he actually is. However, Poppy is a totally new character that has never been present in any of the books. 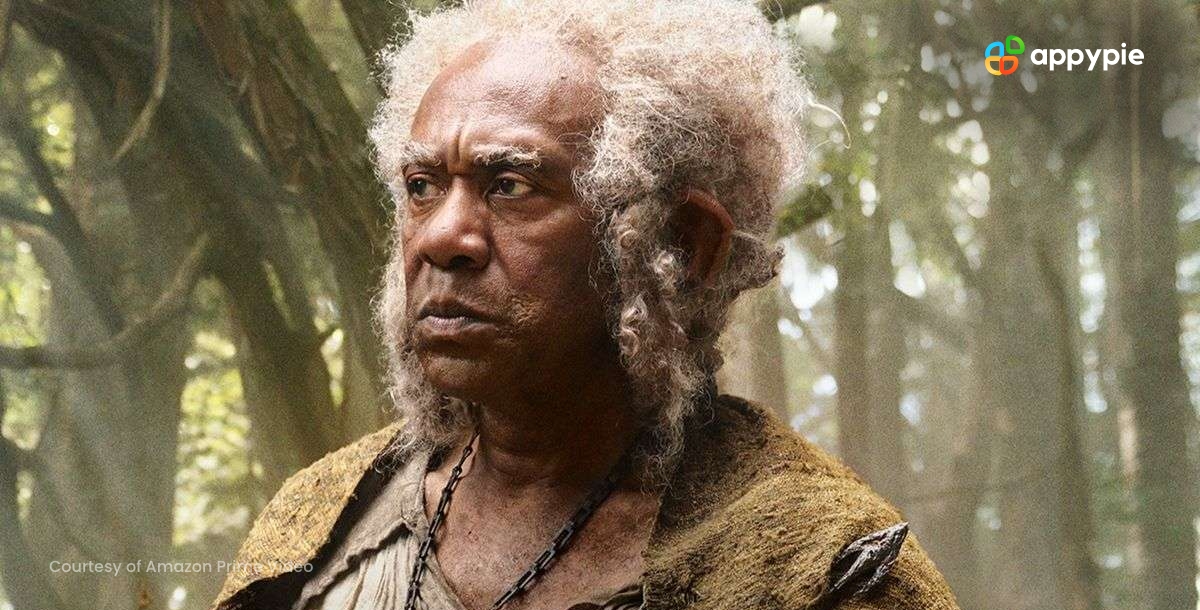 Sadoc Burrows is one of the eldest members of the Harfoots who keeps an eye on wanderers who are always around their home. There’s a lot of mystery about his character. However, he’s considered to be the eyes and ears of the group. He observes everything and plots all the migrations for the group. This is also the pure creation of the series, with nothing mentioned in the text. 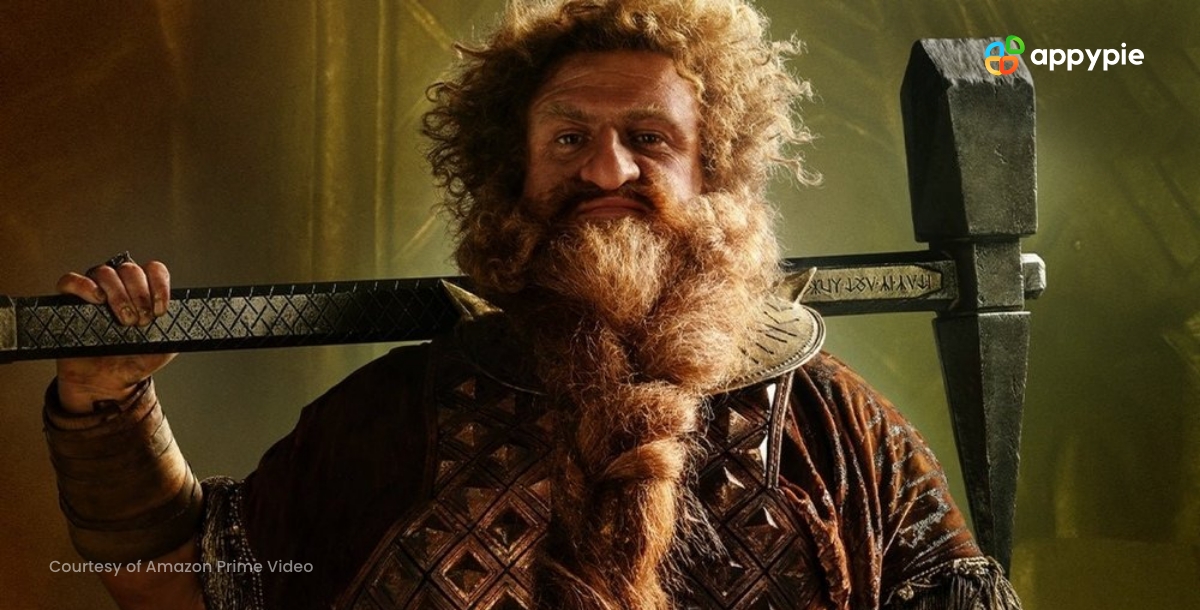 Khazad-Dum is the home of the Dwarven realm in the second age. After that, it fell into pieces. In the series, the Kingdom is ruled by Durin III, and he is sustained by his son Durin IV. He’s burdened with a lot of responsibilities in terms of protecting their realm and keeping it thriving. The book mentions the Dwarven Kingdom quite well; however, their exact antics have been touched on in the series. 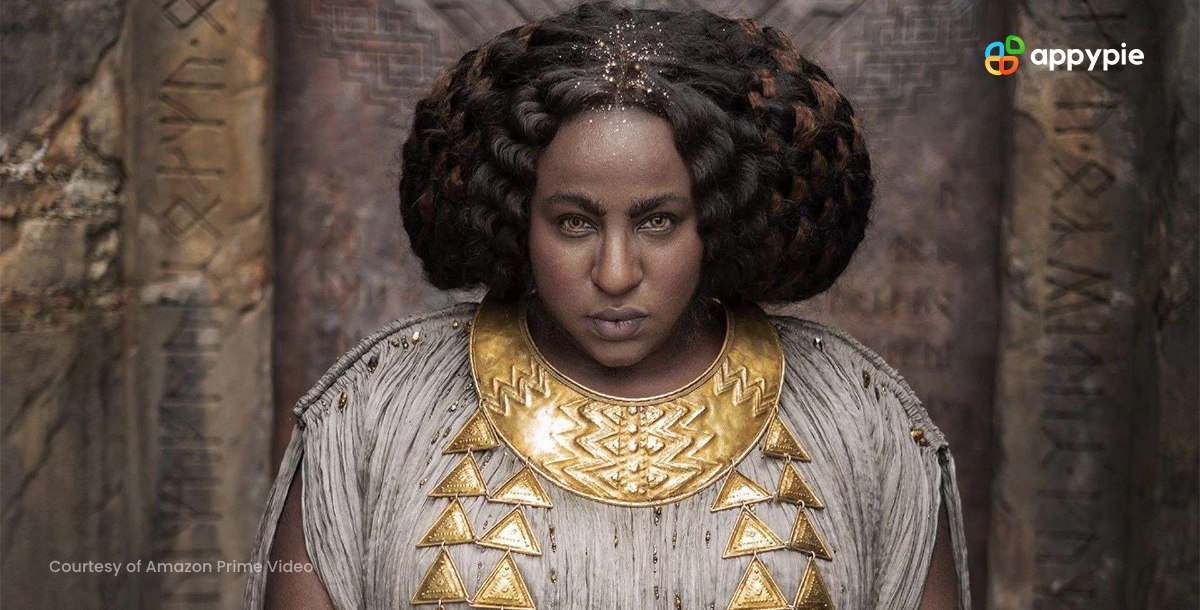 Durin IV’s wife lives in Khazad-dum with her husband and children. She’s one of the first female dwarfs ever mentioned in the series. She’s also known for her beautiful voice, which you must have heard in the show’s trailer. Disa is also one of the characters created purely for the series only, unlike her husband’s character.

How to Create an NFT with Appy Pie’s NFT Generator?

NFT is a Non Fungible Token that is very rare and unique. Let’s get you into the details of creating an NFT character with the help of the Appy Pie NFT generator in 3 simple steps:

Appy Pie Design software has been in the market for a while to help people try their hands at blockchain technology. We’ve got you covered if you’re also planning to create your own NFT! So sign up now, and let’s get started!