Why should you try a Black and White Brand Logo Identity? 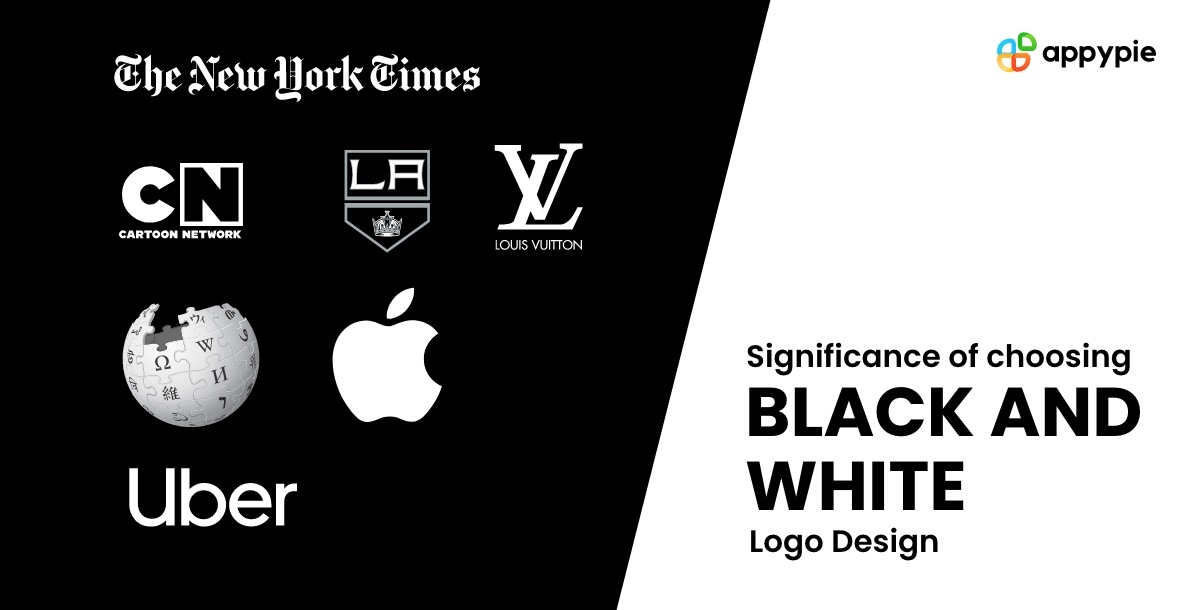 While creating a logo, one of the most important questions that comes to everyone’s mind is what color you should go for. First, you’ll have to choose a color palette representing your brand’s value and products. So, why not go for a black-and-white logo? Or you can also go for a version in shades of it. Unfortunately, when choosing a black and white color combination, people often feel it is black and white a color or not.

Design is a subjective term with a feel to it. However, nowadays, people know better the difference between wrong and right design. And one of the best examples is how people react to a logo. For example, when anyone sees the logo of Apple, they’ll acknowledge in a couple of seconds what they do and who they are. Looking at the Apple logo, you can easily understand their story is legible, clear, and creative; there’s no rocket science in it.

However, when it comes to a poorly designed brand logo, the opposite is also true. You’ll get no idea what they’re trying to say by seeing such logos. Due to the lack of aesthetic direction and clarity, your audience won’t remember who you are. This will also lead to eliminating your potential growth. All that matters is good design, and how your logo is designed can make or break your brand story to people.

Create your own Black & White Logo

Some people believe that black-and-white logos are considered to be dull. However, it all depends on the message, creation, and value you want people to perceive about your brand. Some leading companies have utilized the combination of these two brilliantly. In addition, the black-and-white combination can give your brand and logo an evergreen touch. Going for a black-and-white logo can be considered if you’re planning to focus more on your brand’s name and want to provide a timeless touch. Also, a black-and-white logo usually has a good contrast that can increase legibility. You’ll also get multiple shades of white and black that can be used creatively depending on your desired effect. For example, if we talk about white, you can have off-white or ivory, whereas when it comes to black, there is a wing and raven.

Black and White- Definition and the Meaning

Before going on, let’s first look at the meaning of black and white. Though black and white are not considered technical colors per se, these have some exciting shades when it comes to creating an effective logo. The color black is usually associated with nighttime; however, it also represents elegance. That’s why a black dress and a black suit are considered timeless. Do you remember any logo that primarily uses black color? Well, we’ve Adidas and Chanel as the best examples. We know these companies have been around the market for decades and have a solid brand image.

Whereas, if we talk about the color white, it represents wisdom, harmony, peace, and purity. And that’s why white logos can be easily found in luxury products and technological advances, just like the Apple logo. We’ve already discussed how it is one of the best examples of uncluttered and robust. Also, the Apple logo is both timeless and modern. Another thing that should be noted, the color white can never be used alone since it is mainly the background color.

Some Popular Brands with Black and White Logo Design

Since learning from famous examples is always recommended, let’s look at some of the best logos in black and white.

In the 19th century, the possibility of printing in color was nonexistent. So the primary color was only black. The most famous American newspaper logo has been around since 1851 and has only changed slightly since then. The name can be seen in a stylish font and has an old-school effect in order to represent its many years of experience.

Design your own Logo for Free
✖
Get the latest
Updates, Information, & Trends
directly in your inbox