What is the Best Time to Launch an App? 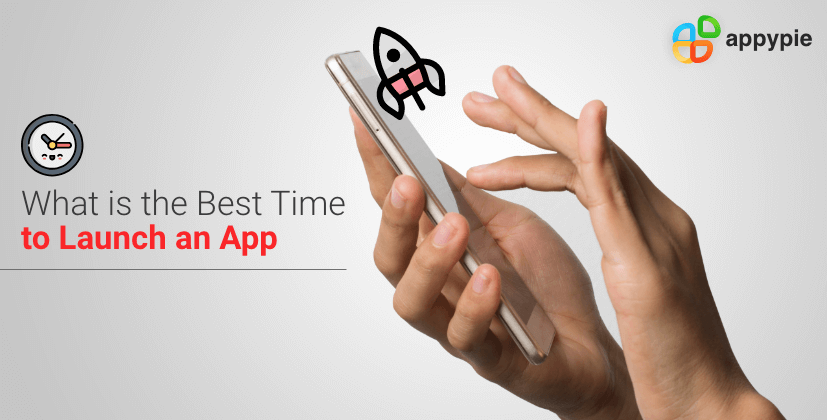 You’ve finally created your perfect mobile app. Maybe you’ve coded it from scratch or you’ve made it with Appy Pie AppMakr. With high hopes you post it on the store of your choice. You wait a week and it finally gets approved. In that time, you market your app extensively and aggressively. The app you’ve made with all your hard work is finally on the App Store/Play Store for the world to see. But for some unknown reason, nobody downloads it!

Let me explain. Just having a great app and a proper marketing strategy is not enough to make your app launch a success. One of the most important aspects of an app launch is the timing. While timing an app launch comes under marketing, not many discuss it. It is good market practice to time the launch of your app. How do you know the perfect time to launch your app? Well, read on to find out.

Before we go into the topic, however, you should know a bit about app marketing and app launches. Now I know, you’re going to hate too much text, so I figured an infographic would be better. Consider it a mini crash course. If you want a more detailed guide on app marketing, we suggest you consider our course on mobile app marketing strategy.

Done reading through? Let’s go on. When deciding when to launch your app, you should keep in mind the platform you are focusing on, and whether there are any device releases in that platform’s near future. When a new phone or tablet is released, an influx of hardware purchases leads to a dramatic increase in app downloads. By timing the release of your app to coincide with a device launch, you will generate higher levels of revenue.

Think Small: Time Your App Release to the Day

There’s a clear benefit to launching an app at certain times of the year. But what about certain days of the week? You may not always have a choice about the specific day that your app is released. However, if you have the option, releasing your app on specific days may increase your app’s chances for success.

According to the mobile analytics service TechCrunch, apps released on a Sunday statistically do better than apps released on other days of the week. Of the apps launched on a Sunday, 42% of those on the iOS platform made it to the top 240 ranked apps, while 11% of Android apps met the same success.

On the opposite end of the spectrum, apps launched on Android and iOS platforms did the worst on Thursdays and Fridays. Considering these trends, it may be in your best interest to release your app early in the week.

Prepare Your App for Release Properly

Once you decide the time of the year for the release for your app. If your app is being launched for customers, keep in mind the culture of the people you’re launching it for. If you don’t understand what I mean, here’s an example. Rovio, the creator of Angry Birds released a special Christmas version of their wildly successful app. On Christmas day, the special version had nearly 6.5 million downloads.

Similarly, if your app is launching near the festive season, some kind of special festive prompt such as coupons for eCommerce, cheaper subscriptions for service apps can positively impact your app launch. This aspect of app launch timing comes down to your market research. It applies even when you’re having a launch event for your app. Here’s a few things you should know before hosting an app launch event.

When creating an app, one thing to take into consideration is how you market your app pre-launch. Start too early and the hype drowns out before the app comes out. Start too late and your marketing fails. Timing your app’s marketing can help your marketing strategy a lot. To this my advice is to begin marketing around a week before a beta version of your app releases.

Usually the time taken to develop an app can be anywhere from 3-6 months. Usually the beta comes along a month or two before the actual release date. Which is why you should market your app when you release your app. However, if you are making an app with Appy Pie AppMakr this development time can be cut down significantly. Infact, if you are using Appy Pie AppMakr, you can create your app within days.

Whatever the scenario, you must perfect your pre-launch marketing strategy. Here’s a blog on the pitfalls to avoid when launching an app.

As mentioned above the time required to develop an app can take 3-6 months or shorter if you use our no code app building software. If your app is service-based and is something your users will download regardless, giving a tentative launch date based on the time of development is a good idea. Depending on the type of app you’re making this tentative date will differ.

Basing your app on the development time suits banking apps, or finance apps. Apps that are likely to be used based on requirements.

Unfortunately, there’s no one strategy that fits all. Your app’s launch really depends on a lot of factors. However, even a simple philosophy to timing its launch can help more than you imagine. Comment if you feel there’s something that can help predict launch success better. Good Luck with your app!