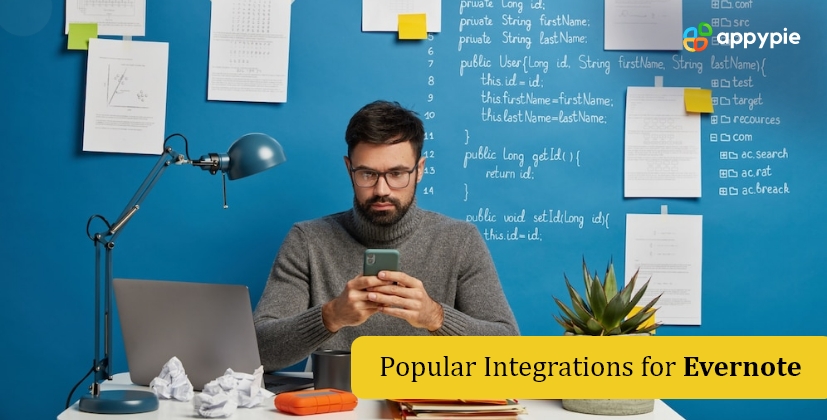 Everyone makes notes at some point. Be at the back of a notebook, or in the palm of your hands, humans have found ingenious ways to write down their thoughts, ideas, or plans. However, these aren’t the most dependable means to store important information. Which is why we have Evernote! It is one of the most popular note-taking apps featuring easily accessible features and tools to add and organize all kinds of notes in a single place. And if you use separate applications for multiple tasks, you can also integrate Evernote with them using Appy Pie Connect.

These were some popular Evernote integrations available on Appy Pie Connect. Did you know that Connect offers integrations and connections for over one thousand apps and software? You can literally integrate all daily use apps with each other and complete your tasks in an instant. Go check out Appy Pie Connect, and get started with your first ever workflow automation,