Content Writer at Appy Pie with a love for the written word. He scouts around for digital trends and ways to help small and medium businesses grow. He holds a Master in Media and Business Administration. Apart from writing, he loves to read and listen to music. 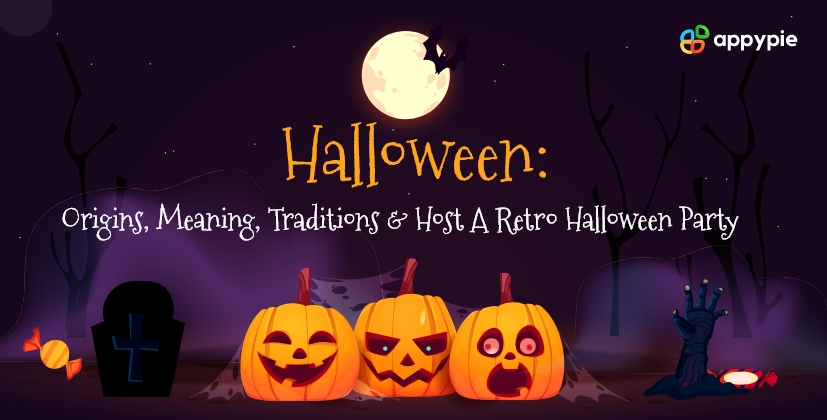 Halloween Origin & How to Plan a Halloween Party on a Budget

Do you ever wonder about the origins and history of Halloween in the midst of all the festivities? We can tell you what it means, who started it, and how it relates to a pagan holiday. The holiday originated many years ago, and the witches and wizards still present in celebrations today are also part of the story. What is Halloween? Halloween is a holiday celebrated each year on October 31. Halloween, also known as All Hallows’ Eve, is a holiday celebrated on October 31. "Halloween" come[...] 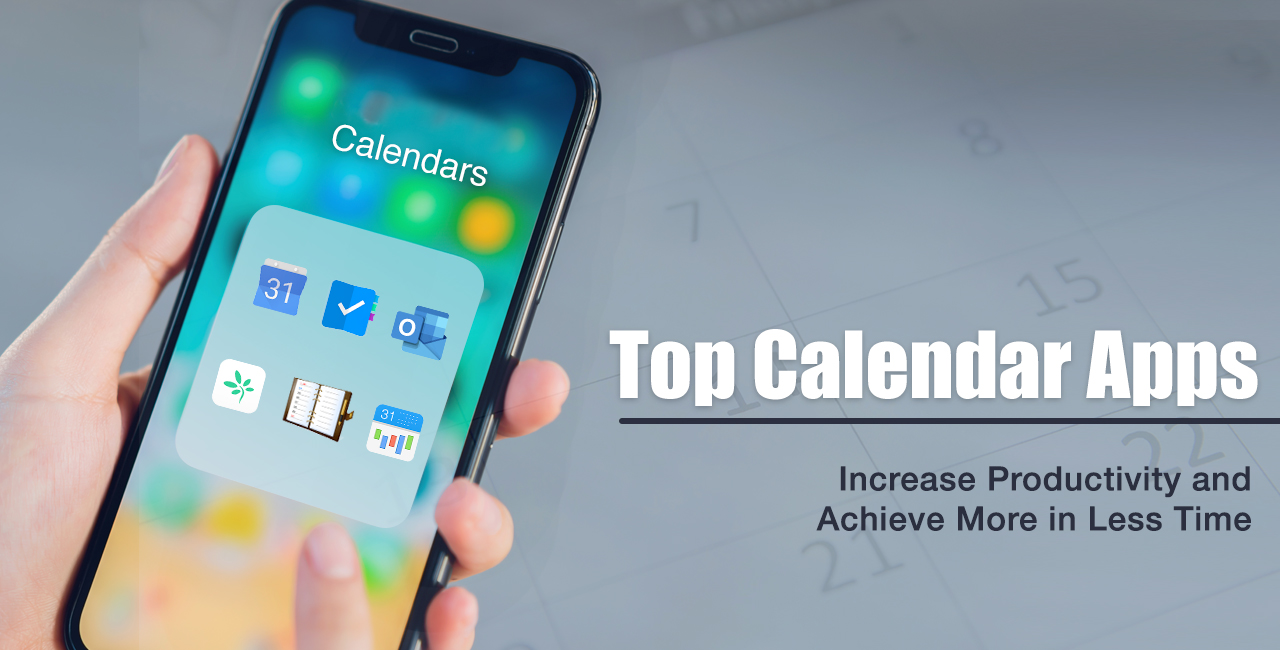 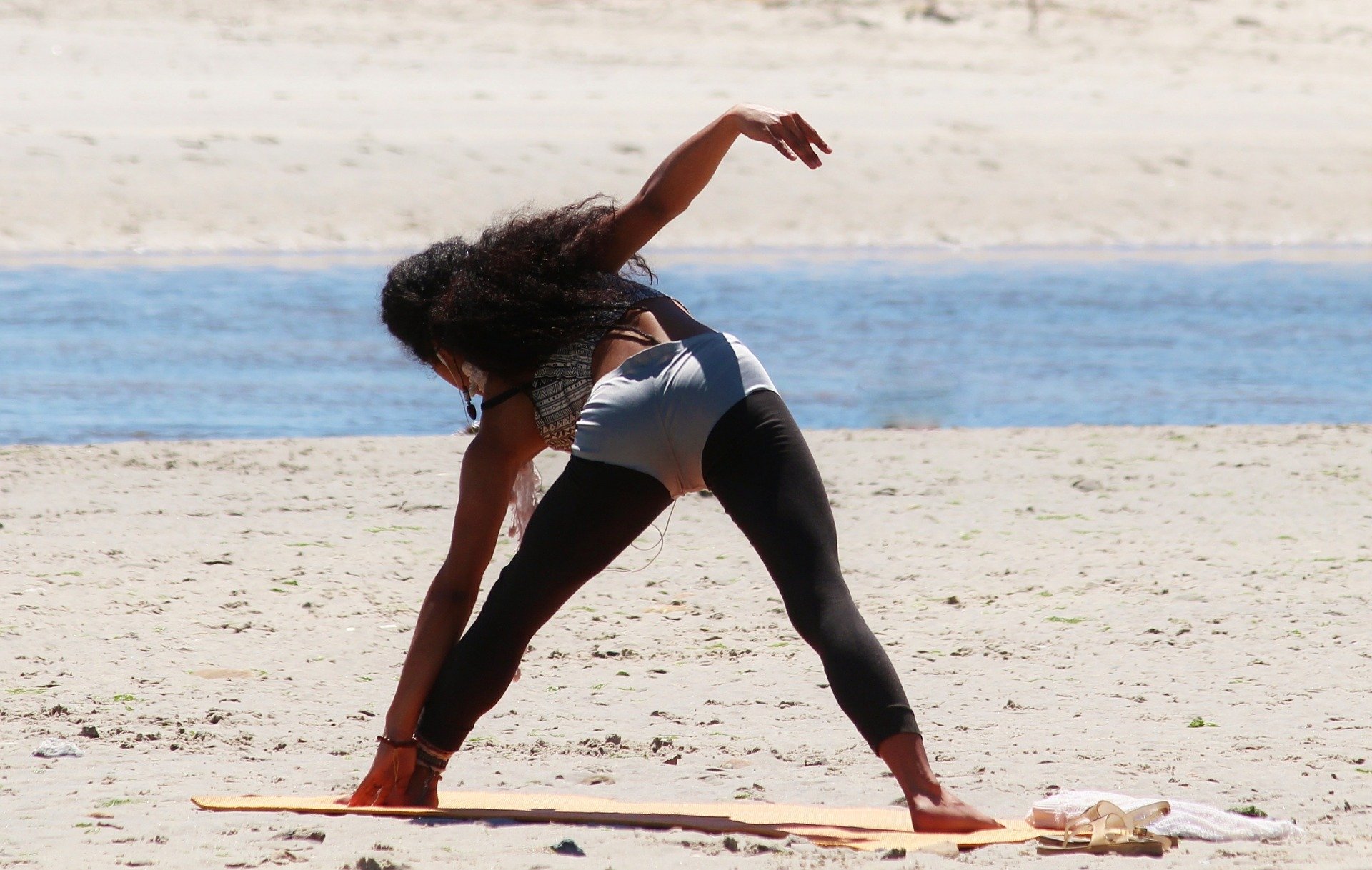 How Mobile App Can Help You Reach Your Health and Fitness Goals?

App Builder Appy Pie, July 14: Health and fitness play a vital role in everyone’s life. A healthy body can prevent the occurrence of a number of medical disorders and help you live your life to the fullest. However, in this fast moving world, maintaining a healthy lifestyle is a challenging task. Every individual hardly gets enough time to keep themselves fit with physical exercise. Nowadays, there are a number of fitness methods that conspire to work against your health goals. Then again, [...] 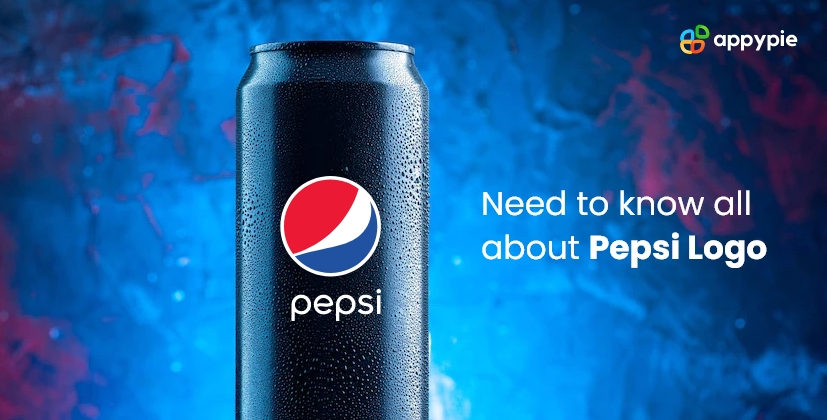 Pepsi has a long and interesting history, starting as “Brad’s Drink” in 1893 and evolving through multiple iterations to become the Pepsi we know today. The original Pepsi logo was designed by Caleb Bradham, the inventor of the soft drink. The logo was a simple cursive script on a bottle cap with the word “Pepsi” in the center. As the company grew, so did the logo, eventually becoming a more elaborate script with a red, white, and blue color scheme. Let's examine how the Pepsi logo[...] 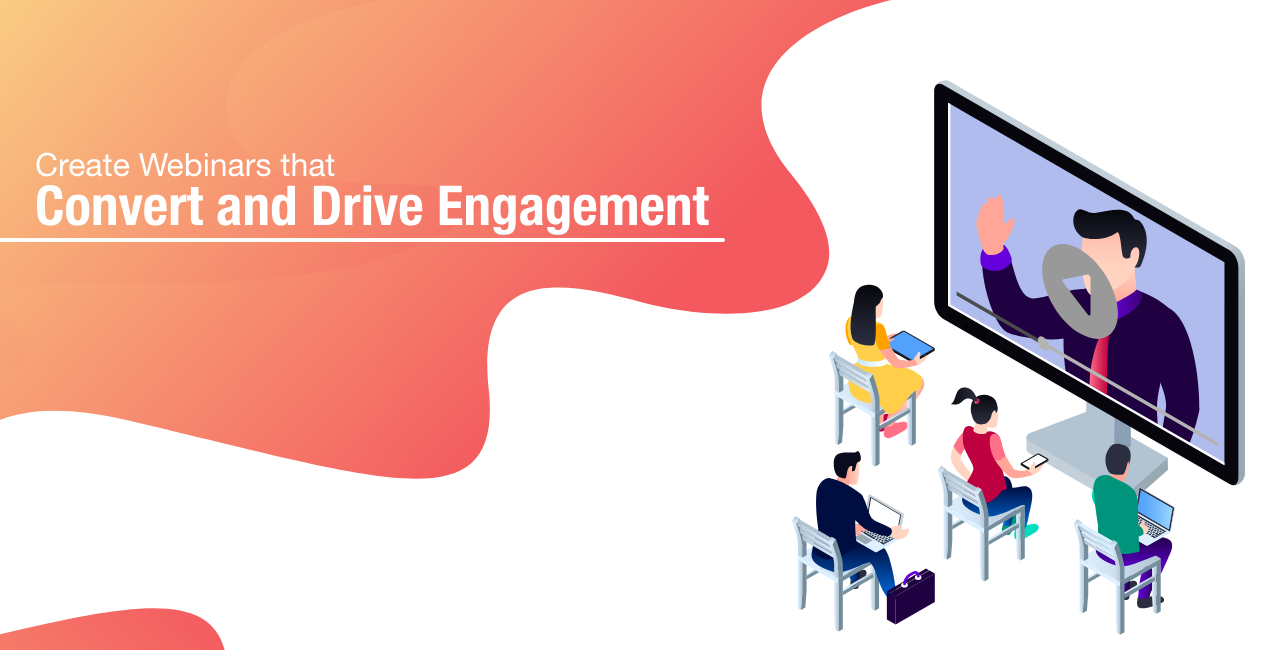 15 Ways to Create Webinars that Convert and Drive Engagement

Have you ever thought why an increasing number of professionals are relying on webinars as a means to get in touch with their existing and new customers? According to research from InsideSales.com, 73% of marketing and sales leaders say webinars are one of the best marketing strategies to generate high-quality leads in no time. These days webinars have become a highly effective tool for communicating with target audience. Well, online webinars offer businesses or entrepreneurs with an opportu[...] 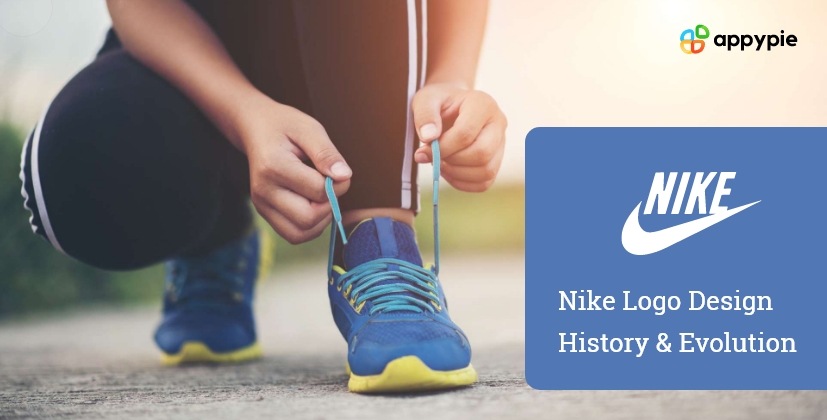 Nike Logo: The Meaning and History Behind the Swoosh

The Nike logo is one of the most recognizable logos in the world, and it has a fascinating history. The Nike swoosh was designed in 1971 by Carolyn Davidson, a student at Portland State University in Portland, Oregon. Though Davidson came out with several concepts, in the end, Knight, one of the founders of Nike, chose the “Swoosh” as Nike’s logo. She was paid $35 for creating the Nike logo (or $2/hour), which she considered appropriate based on her work. The brand name “Nike" was derive[...] 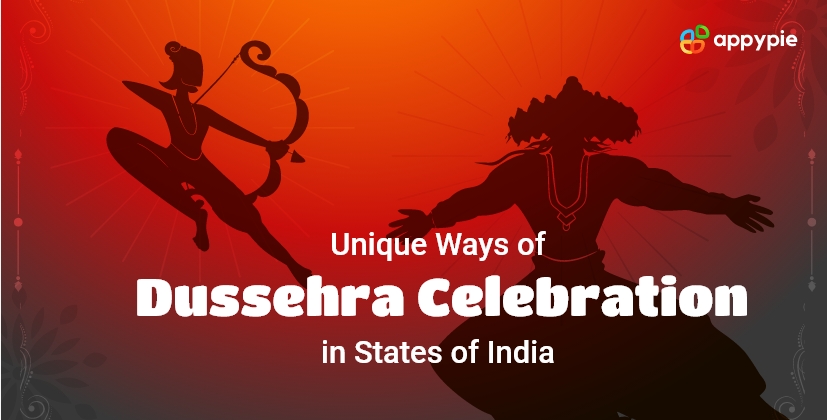 Dussehra: How It is Celebrated Across India

Dussehra, also known as Vijayadashami, is a famous Indian festival that celebrates the victory of good over evil. people in different states have different ways of celebrating Dussehra with great pomp and show. People dress up in their traditional and take part in various cultural programs and celebrations. In the eastern and southern states, Dussehra commemorates Goddess Durga's victory over the evil demon Mahishasura. It lasts nine days and begins on the first day of Navratri. On the other han[...] 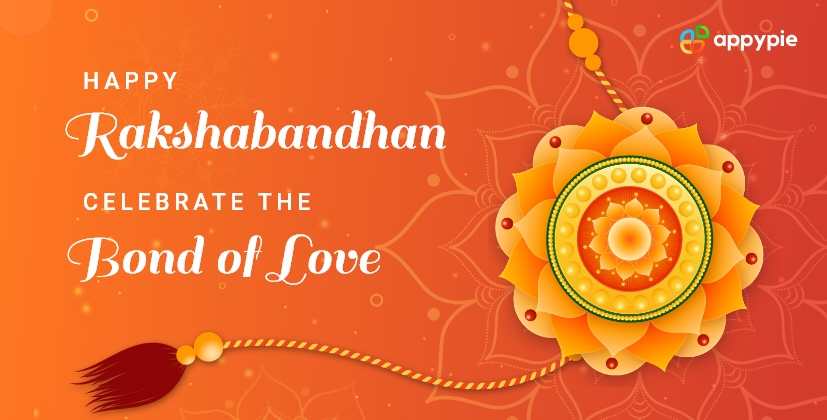 Raksha Bandhan is the festival of love and joy, which remarks the strong and unconditional bond between brothers and sisters. It is celebrated on the full moon day of the Hindu month of Shravana. It mostly occurs during the monsoon season in August. On Raksha Bandhan, sisters tie a rakhi (a colorful thread) around their brother's wrist, and the brother in turn vows to protect her. The festival is also a time for sisters to receive gifts from their brothers. Rakhi is not just a ceremonial occasio[...]

As you can see, Discord bots are an integral part of communication on the platform as they expand the scope of all that you can achieve here. It helps you manage your community without having to monitor each development manually. Another way to expand your Discord platform’s functionality and add efficiency to your community management is through the numerous Discord integrations offered by the leading workflow automation platform - Appy Pie Connect. The list of Discord bots above is by no mea[...]

What is Brand Logo and How to Create a Logo for Your brand?

A brand logo is a graphical representation of your brand identity. It's your company's visual signature and a key component of your branding strategy. A logo is one of the most important aspects of a company’s brand identity. It can be used on everything from business cards and letterheads to website designs and advertising materials. The logo is also an important part of a company's branding because it aids in the creation of a visual identity for the company. Some businesses use their logo t[...] 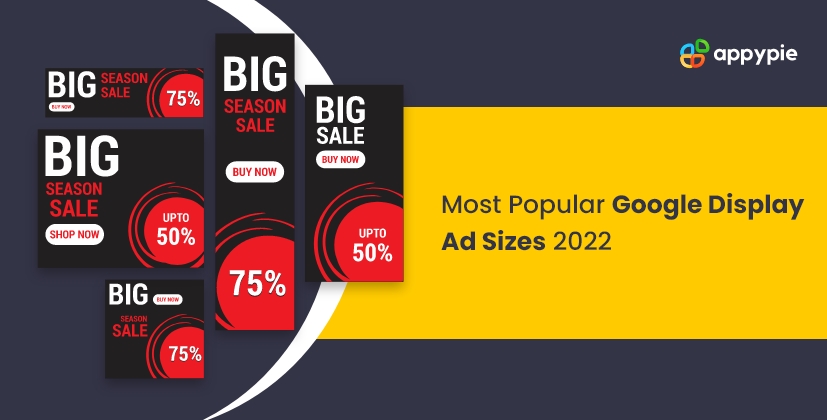 Google Display Ad Sizes: Everything You Need to Know

Google Ads is one of the most popular and effective online advertising platforms that allow businesses to place ads on Google's search engine results pages (SERPs). When someone searches on Google for a term related to your business, your ad may appear at the top of the SERP, giving you a chance to reach potential customers who are actively searching for what you offer. In addition, Google ads can be customized to target specific demographics, interests, and locations. Creating a Successfu[...] 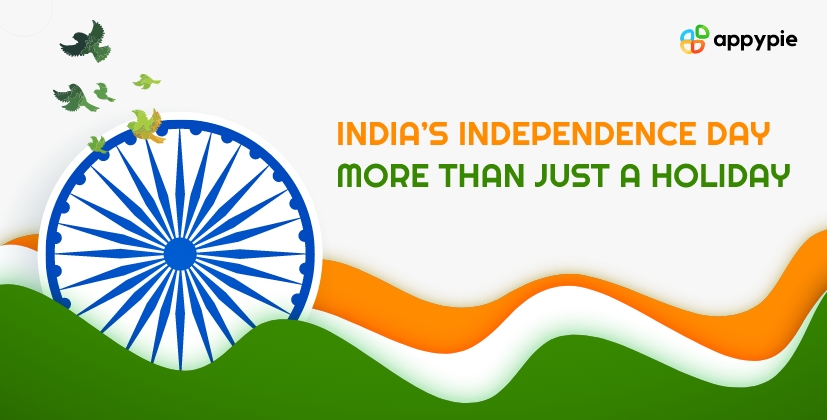 India celebrates its Independence Day on August 15 every year to commemorate the country's independence from the British Empire on this day in 1947. The day is celebrated with fervor and enthusiasm all across the country with national flag hoisting, parades, and cultural programs. Cultural programs are organized in schools and colleges all over the nation. The main celebrations take place at the Red Fort in New Delhi, where the Prime Minister hoists the Indian national flag. On this day, the pr[...] 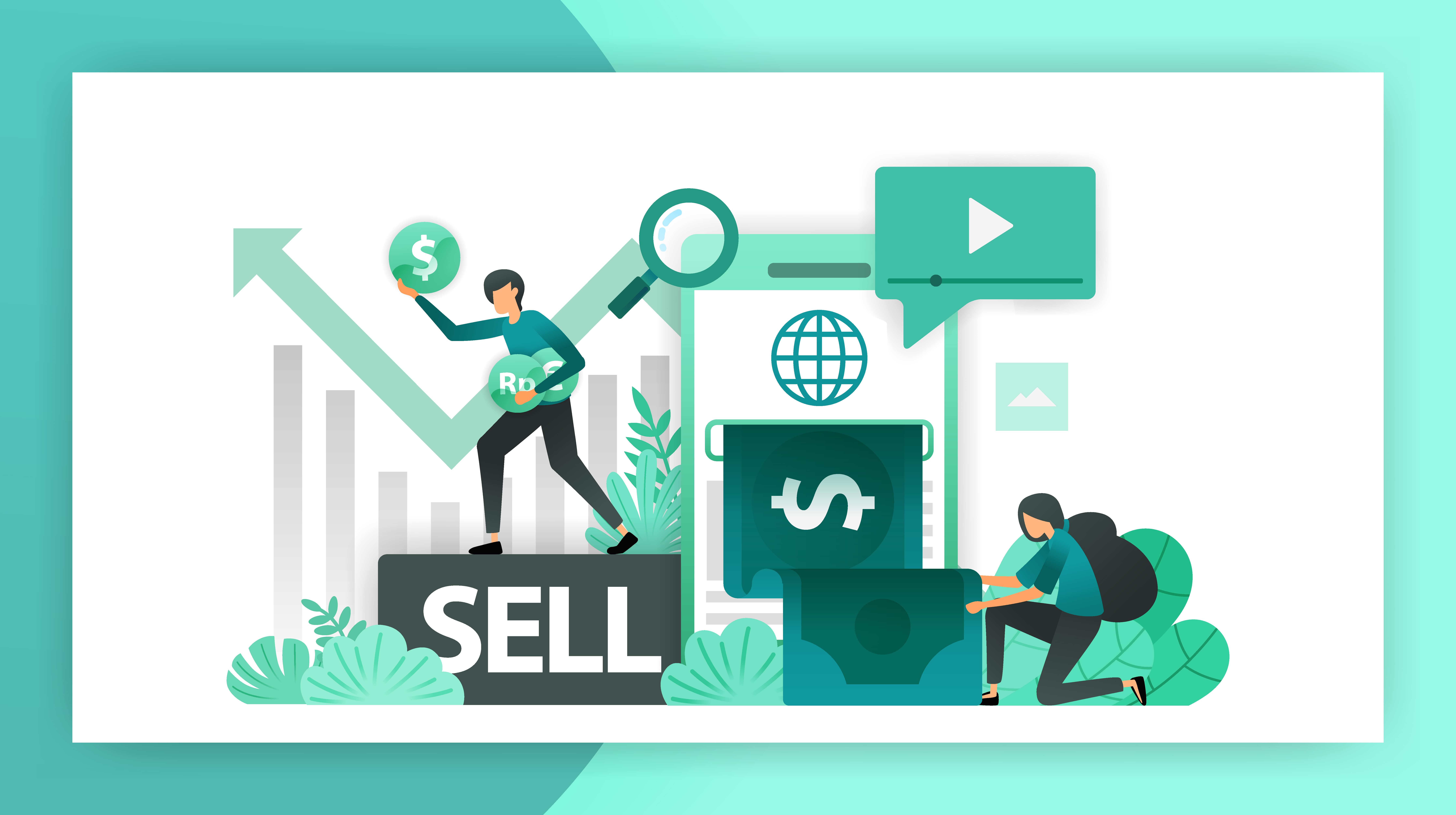 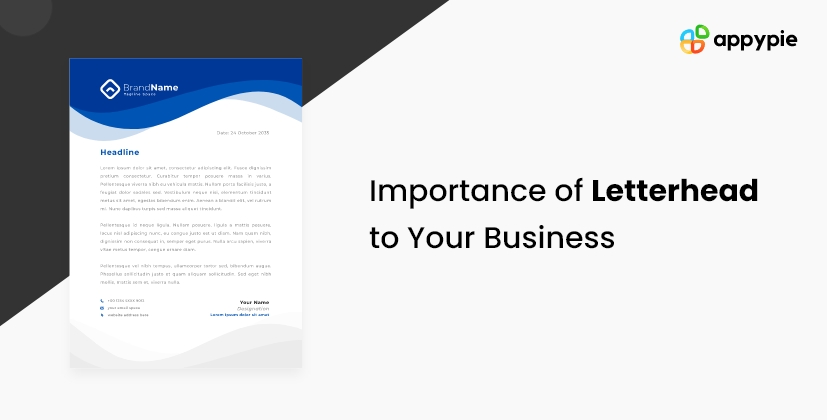 Represent the brand Make sure you carefully represent the company's branding when designing your letterhead. This isn't just about the logo, but the choice of color scheme, font(s), imagery, and much more. If your logo has an exclusion zone, make sure you adhere to it on your letterhead. Now that you have a better idea of what letterheads are and how to design them, why not start designing your own? Then, use this newfound knowledge to create some of the most appealing letterhead desig[...] 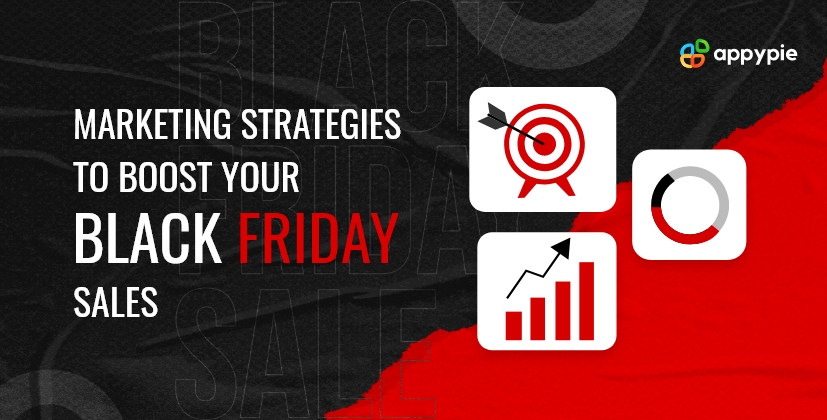 How to Boost your Black Friday Sales?

Black Friday is the Friday after Thanksgiving in the United States, typically considered the start of the holiday shopping season. It is one of the busiest and most important shopping days of the year. Many businesses rely on the holiday shopping season for a large portion of their annual sales, so it’s important to make the most of it. This means having a plan in place and making sure you have the right products at the right prices can help you boost your sales this Black Friday. Create yo[...] 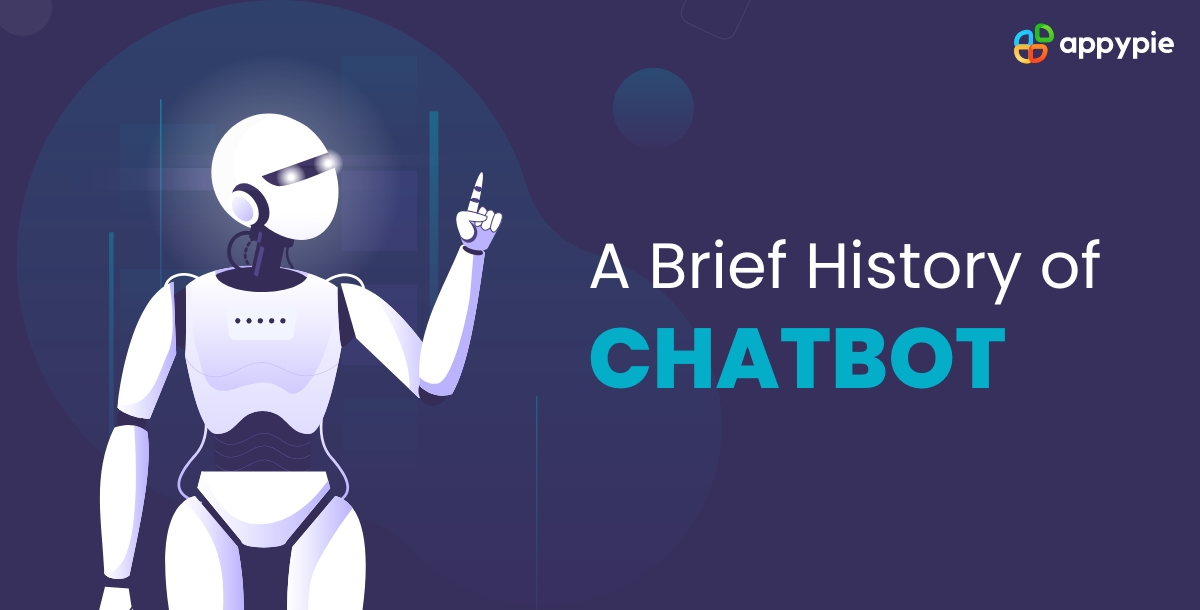 Chatbots have gained a lot of traction in recent years. They're on websites, mobile apps, messenger apps, social media, virtual assistants, and so on. But how did they come to be like this? This piece of writing will give you a run through the history of chatbots, some thoughts about the future, and an examination of how chatbots are changing activity in all sorts of spheres. Table of Content What are Chatbots? The History Of Chatbots – From ELIZA to ChatGPT [...] 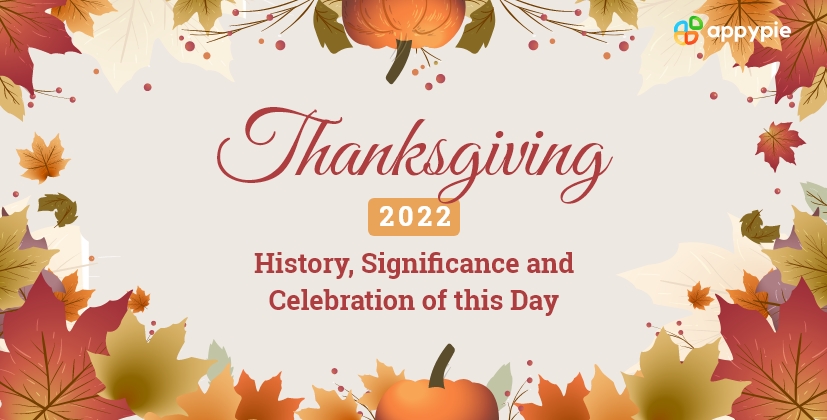 Thanksgiving: All You Need to Know about Festivities and Historical significance 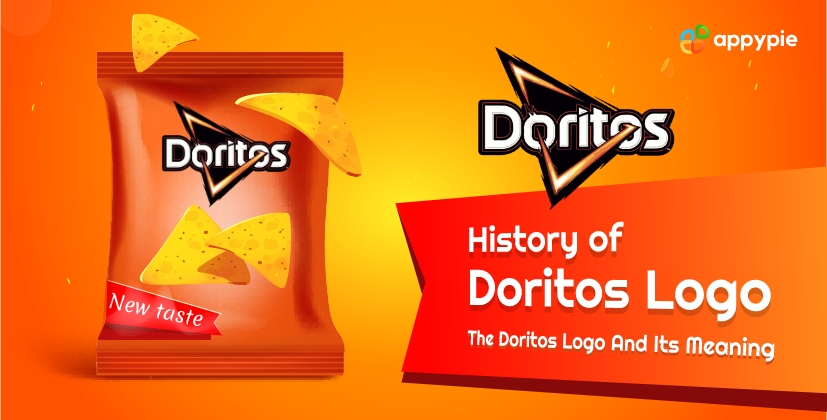 Doritos Logo: A Glorious History of Little Bits of Gold

Doritos is one of the most popular brands of flavored tortilla chips. Frito-Lay, a subsidiary of PepsiCo, owns the brand. Doritos was initially produced by Casa de Fritos, a restaurant at Disneyland in Anaheim, California, during the early 1960s. The brand proved to be extremely popular locally, and demand increased unexpectedly. Observing an increase in demand Casa de Fritos merged with Frito-Lay, a PepsiCo wholly-owned subsidiary. Frito-Lay launched Doritos nationally in 1966. The Doritos chip[...] 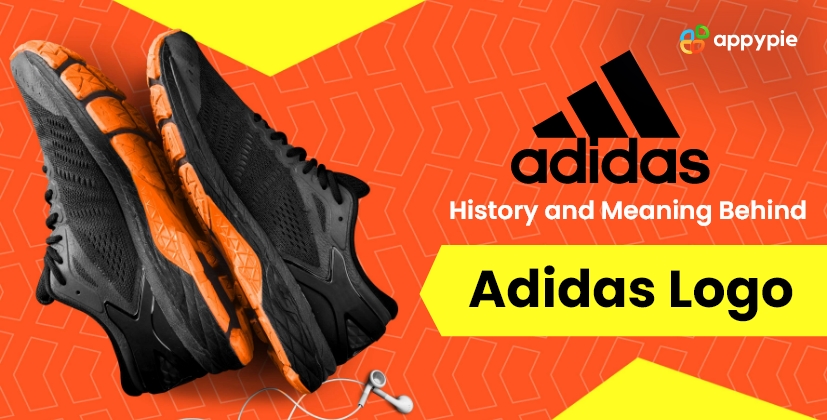 Adidas Logo: History and Evolution of the World’s Most Successful Brand

Adidas is one of the most well-known and successful brands in the world. The company started in Germany in 1924 and has since become a global brand. Adidas produces a wide range of products including clothing, footwear, and accessories. The company also sponsors a number of high-profile athletes and teams. It is currently the leading producer of sportswear in Europe and the second largest in the world after Nike. What Does the Adidas logo mean? The company's name is a combination of the [...] 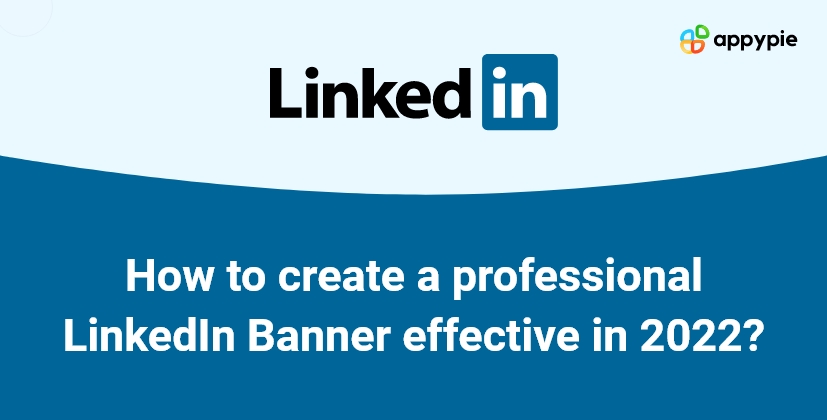 A LinkedIn banner is an image that appears at the top of a member's profile page. The banner provides members with an opportunity to showcase their personality and professionalism to make a good first impression on visitors to their profile. The importance of a LinkedIn banner lies in its ability to attract attention and make a positive impression on potential employers, clients, and business contacts. How to Create a Professional LinkedIn Banner? Your LinkedIn banner is one of the first t[...] 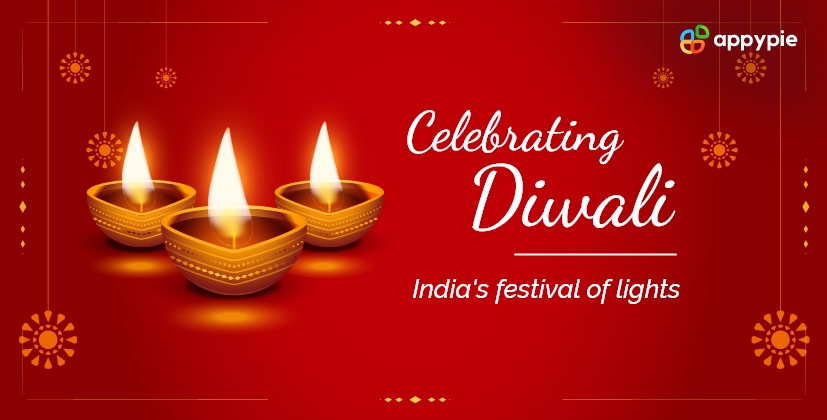 Diwali: The Festival of Lights and Happiness

Diwali is a festival of lights and happiness. It's a Festival that illuminates both the Earth and the Sky and spreads joy throughout the world. On this day, India transforms into a land of countless lamps. The festival has all the enchantment, grandeur, and splendor to illuminate our minds and hearts while also promoting much-needed peace, harmony, and brotherhood in the world. Diwali is an occasion for joy and happiness. It is a time to come together and celebrate with family and friends. I[...] 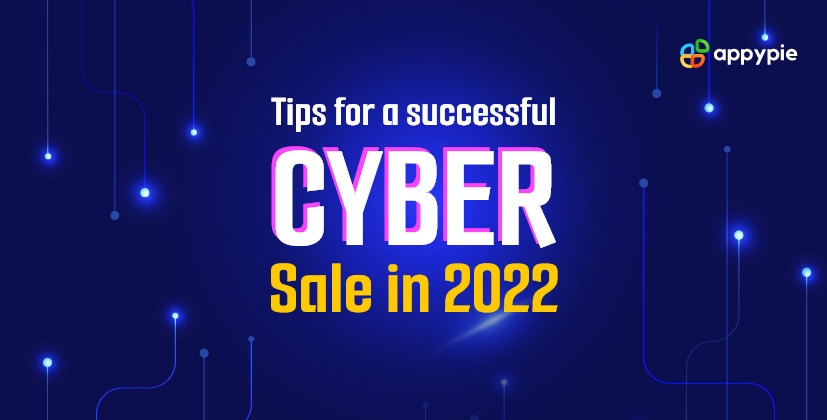 Cyber Monday is a marketing term for the Monday after Thanksgiving in the United States. The term "Cyber Monday" was created by marketing companies to encourage people to shop online. This year Cyber Monday falls on the 28th of November. Together with Black Friday, Cyber Monday makes for a full weekend of low-priced shopping. Traditionally, Black Friday deals were geared towards high street shops and large retailers, but this left online retailers out of the loop, so Cyber Monday was introduced [...] 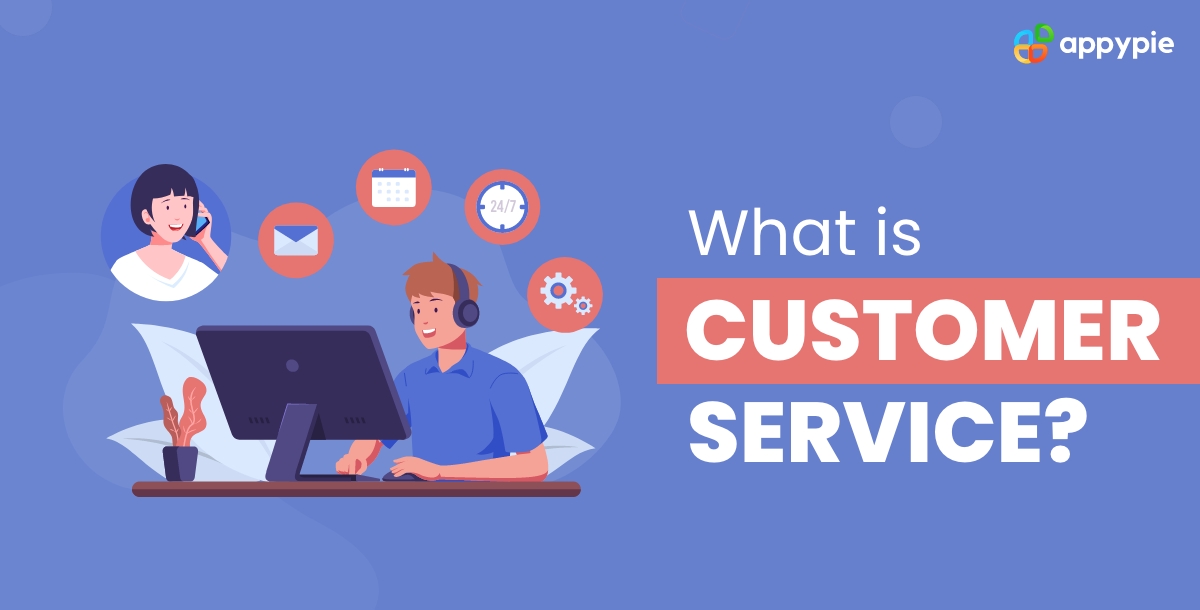