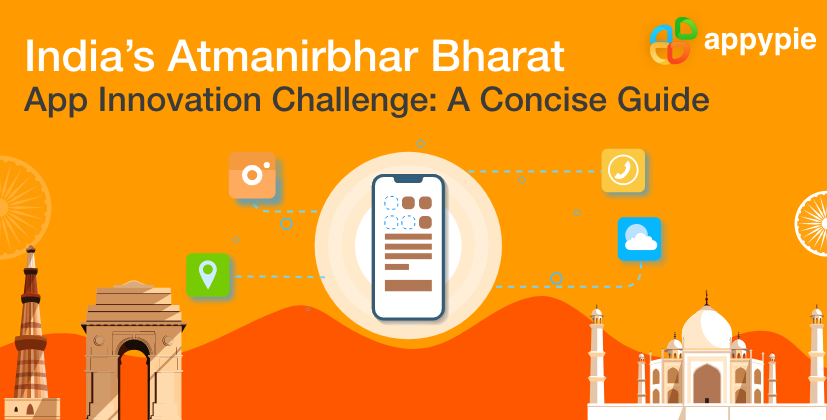 India is one of the leading countries when it comes to innovation in technology and electronics. While not up there with the levels of more developed countries, its tech sector tends to hold its own against larger and more established foreign organizations.

Since the early 2010s, India has fast emerged as the official ‘land of startups’. While many fail, the most successful Indian startups have turned into profitable and established brands conducting business both locally and internationally.

Apart from being an excellent ecosystem for startups, India is also the largest app market in the world. According to statistics, Indians download an average of 40 apps per month, the most apps anywhere in the world. The good news is that these statistics are about to get better. Enter the “Atmanirbhar Bharat App Innovation Challenge.”

The name might be a little wordy but it is simple enough to understand. Atmanirbhar can roughly be translated to self-reliant. This government initiative comes after diplomatic tensions rose between China and India and a boycott of Chinese hardware and software tech began in India. The goal of this particular innovation challenge is to create an entire app ecosystem for India made completely in India. This initiative is a part of the Digital India campaign that was started by the Indian government some time ago.

The nationwide app innovation challenge has invited all India-based tech companies and startups to create apps for people. Apps that are actually valuable to the masses and have the ability to scale to larger demographics will likely get cash investments, rewards, grants etc. from the Indian government. According to the official website, the government will assist in developing the winning prototype app ideas further.

There are 8 categories being tackled by the Indian government for now:

The aim of this app is to give clarity and visibility to less popular but equally intuitive apps that have been locally designed. It is meant to be a way to reinvest into the post-COVID Indian economy and also restart the tech sector after the hit it received in early 2020. All in all, it is a good initiative by the Indian government.

You can participate in this initiative by going to the official website, registering and submitting your app’s link to the government website.

For an app developer or app development business, the Atmanirbhar App Challenge is a very important initiative. Imagine your apps getting endorsed by the central government. It is both an excellent way to market your apps and a way to get a loyal customer base.

Another aspect of the challenge is that if your app’s idea is good enough, the government will itself invest in your ideas. This means that even a prototype test version can help you win the challenge. This initiative provides entrepreneurs and startups a way to kickstart and turn their new business into one that grows towards the future.

For those wondering, your apps will be judged and evaluated on 4 parameters:

You can find out more about the challenge on the official government website.

How Appy Pie AppMakr Can Help

Appy Pie AppMakr can help you a lot in this challenge. The one criterion for this competition is that the due date for the submission of an app is 18th July 2020. This means that most apps that are going to be submitted for this initiative are already ready and most have probably already been submitted.

This is where Appy Pie comes in. Given how much time remains for the app challenge to end, you can easily create a prototype app for your idea with Appy Pie AppMakr. All you need to do is present your idea right. Infact, if you rush it, you might even end up creating the entire app before the time runs out.

Appy Pie AppMakr is a no-code platform meaning that it simplifies the entire app development and coding process into a few clicks of your mouse. Appy Pie AppMakr’s simple and intuitive dashboard is easy to learn and you can create your app within a few hours and have it ready for testing within the day. After that, you can publish it to the app store. Appy Pie will assist you through the publishing process. However, the time taken for publishing an app is semi dependent on how fast Google and Apple respond and quality check the app you’ve created.

If you’re not sure that your app can be published, you can even submit the test version to the government. Test apps created with Appy Pie AppMakr are shareable through links and can be downloaded immediately.

Get Started with Appy Pie

The Digital India movement for made-in-India apps is finally beginning to show some efforts. For developers, it is a great opportunity to capitalize on and get their ideas launched. We wish you luck for your endeavor and suggest using Appy Pie AppMakr to get your app ready within the due date.