10 year old or 82 years young, App Development is for everyone

App Builder Appy Pie, Nov 28: App development is the new age version of getting on the social network – everyone’s doing it! This trend came to light at Apple’s annual Worldwide Developers Conference (WWDC), 2017 in San Jose. The traditional keynote was held for the first time at the McEnery Convention Center after a number of years. The WWDC event this year saw a participation distributed widely across all kinds of ages, nationalities, and varying skill sets. The youngest app developer Yuma Soriento from Australia was only 10, and Masako Wakamiya the 82 year old app developer was the oldest.

At the conference when the 82 year old and the 10 year old met, they didn’t have a common language of proficiency among them, but connected over their love for developing apps.

The 10 year old is a self-taught app developer who has been building websites since he was 6, found his love for apps when he realized that it is something that everyone carries with themselves. This is when he turned to Swift Playgrounds which teaches basics of coding to children. Once he completed the tutorials, the young man took a one-year free iTunes U Swift coding course by Stanford University.

At an age when most children are engaged in playing around with various apps, Soriento, within a year of completing the course has already developed five of his own that are available on the App Store viz. Hunger Button, Kid Calculator, Lets Stack!, Pocket Poké, and Weather Duck. 2017 was the second consecutive year at the WWDC and on the 20 hour long flight from his home in Melbourne to California the child prodigy developed an entirely new app! 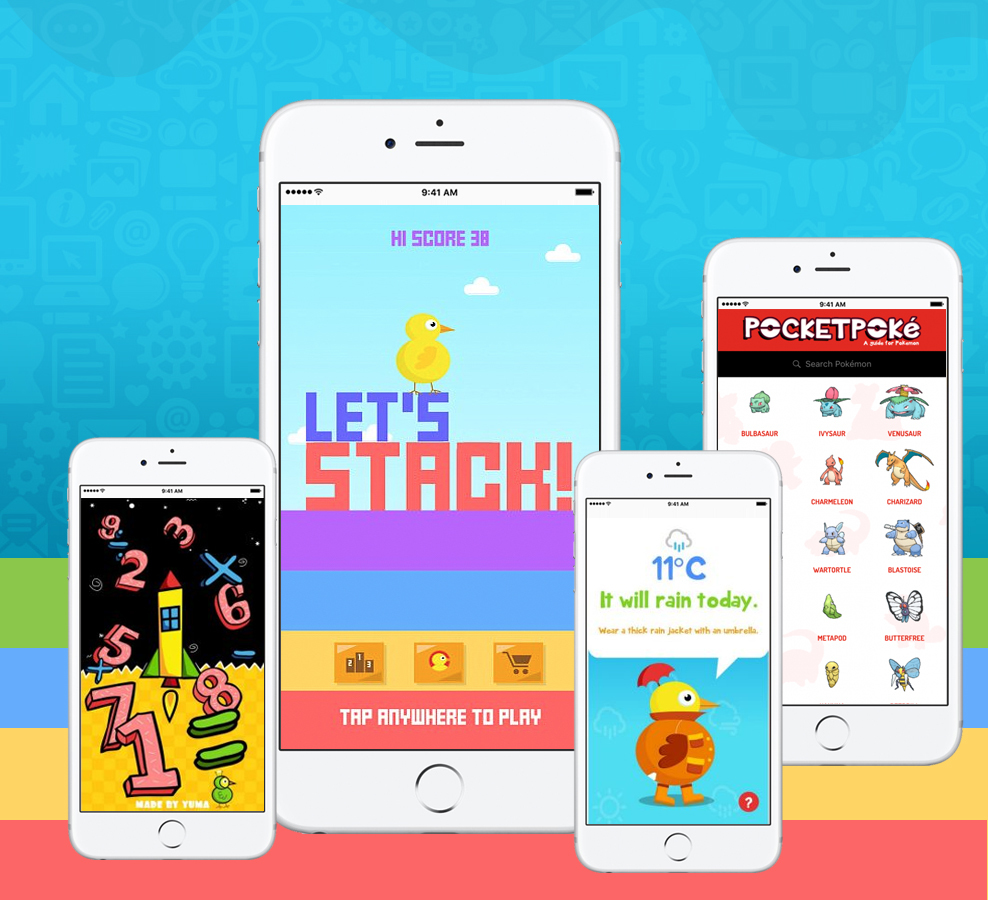 He intends to make apps that would revolutionize the world while inspiring more and more people to get into coding. He acknowledges the importance of getting help and collaborating. As he goes about coding his apps, he takes help from his Interactive Designer father who brings his artwork alive with graphics.

He gets inspired from the problems he sees people around him struggling with, for example he noticed that whenever he and his parents were going out for dinner, they’d usually not know where to go. This inspired him to come up with Hunger Button, an app that would use the person’s location and suggest a random restaurant around them with ratings and directions.

Masako Wakamiya or Ma-Chan as she is called lovingly is a retired banker who claims that her life is only getting better as she is aging. In her 60s just after her retirement, there was a phase when she would have to stay indoors all the time, and take care of her elderly mother, and she felt a definite desperation at the time. She felt trapped and disconnected from the rest of the world, and as an outgoing person, this was a big challenge for her. Ma-Chan didn’t know how to use computers and took as long as three months to even get on the internet, and here she joined Mellow Club, a site for seniors.

She got her wings from the internet she says which took her to world she hadn’t yet explored. At the beginning of this year Ma-Chan began studying programming and went on to develop Hinadan, a game for seniors. She recognized and identified with the problems of weak eyesight and the loss of accuracy of movement associated with old age. She mentions the lack of content targeted at seniors for their lack of interest in the new age apps. Her app takes care of all these issues and designed in a way that people with weak eyesight and poor precision movements can also enjoy them. Her rule in life and in business is to not fear failure, rather enjoy them. She wants to leave behind a legacy that would incite hope that there is no age barrier to app development, if she can do at 82 and beyond, so can anyone who puts their mind to it. Ma-Chan says she is enjoying getting older. She might have joined the Mellow Club with a lot of trepidation but realized that life was fun at 60, got even more fun at 70, and when asked what about after 80? She replies with a smile, “It got even better!”